A few years ago, General Cigar Co. unveiled a collaborative cigar between the Cohiba brand and rapper Jay Z. The cigar featured innovating packaging and a blend that saw the filler tobaccos aged for four years, including the final year in rum barrels.

While the limited Comador partnership has come to an end, the process of aging tobaccos in rum barrels has not. At this summer’s IPCPR Convention & Trade Show, the company launched the Cohiba Macassar, a cigar that featured a Connecticut habano binder, a Connecticut broadleaf binder and Dominican and Nicaraguan fillers that were aged for at least four years, including the final year of aging in rum barrels. 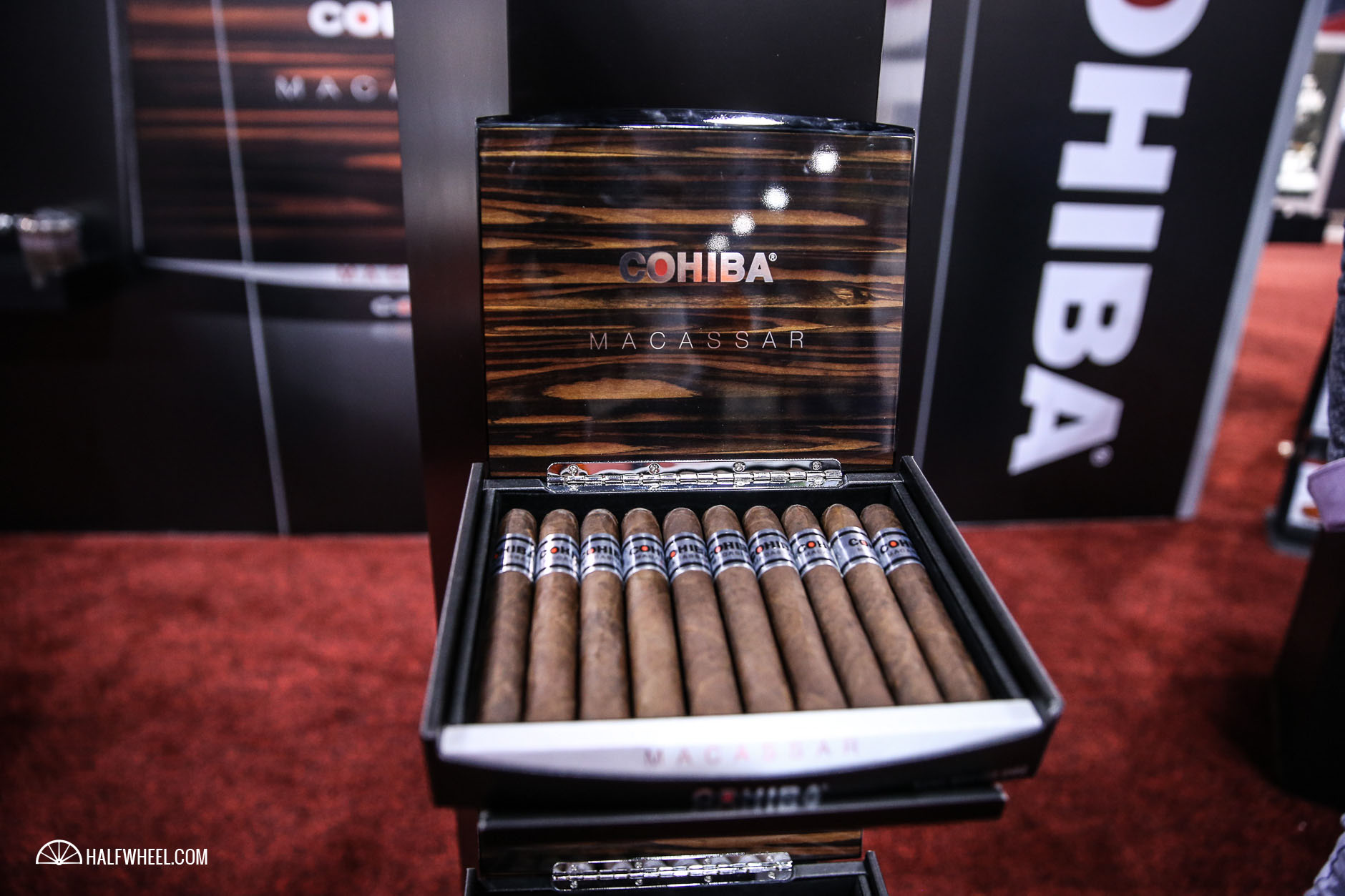 Macassar is a reference to Makassar ebony, a dark ebony wood with distinctive stripes that is found in Indonesia. Ebony is used for the boxes and the company uses a special band for the line, which is offered in three sizes: 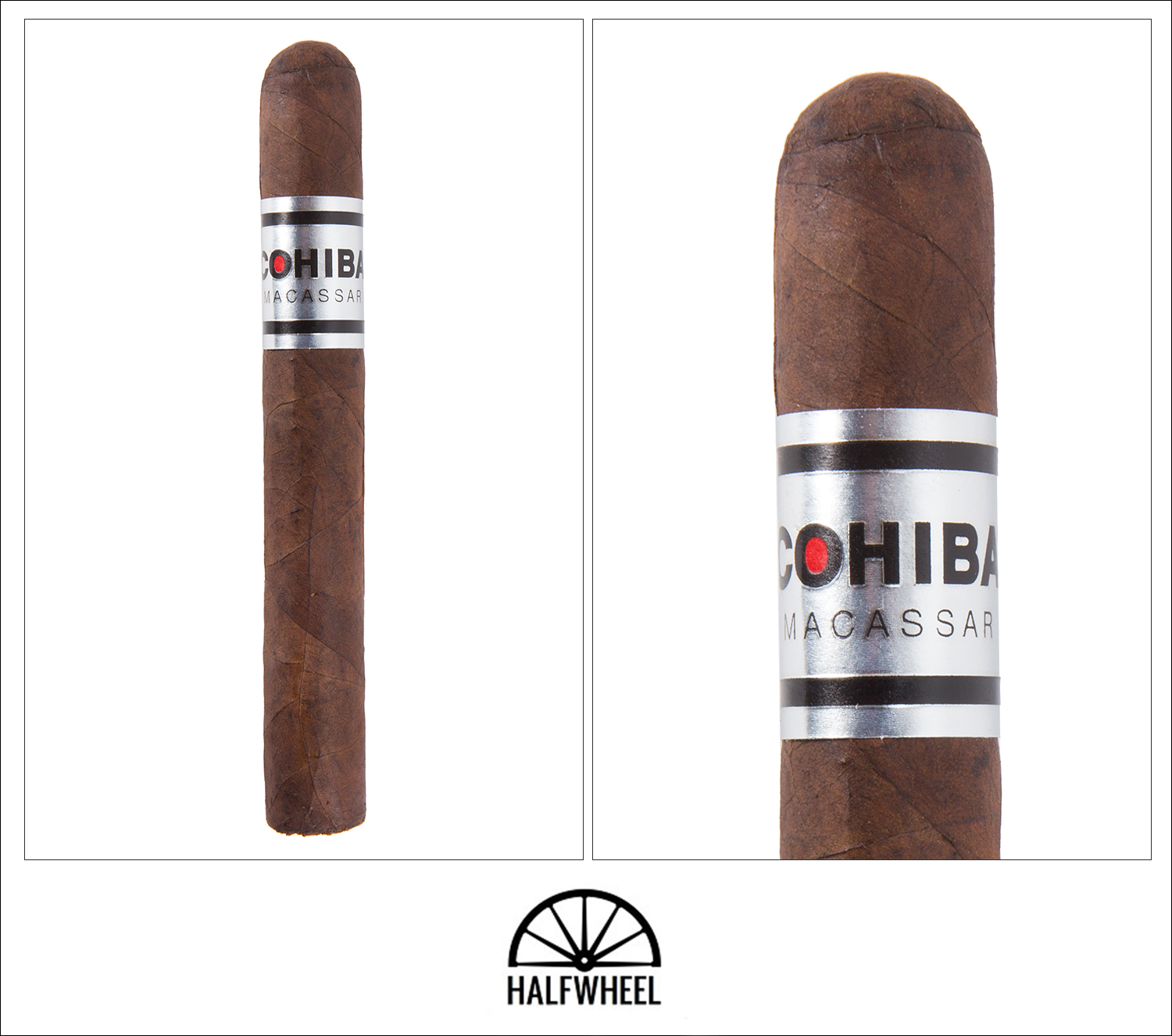 Other than the fact that red dot[ref]The name give to General Cigar Co.’s Cohiba brand given the red dot in the O.[/ref] Cohibas are generally pretty expensive, it would be hard-pressed for me to understand this as a $25 cigar, particularly once it leaves the box. It’s well rolled, albeit in a pretty common shape, and while the wrapper is really pretty, it’s a long way from the Cohiba Comador presentation and that of many other $20+ cigars. Off the wrapper, I get chocolate brownies, some barnyard and pita bread. The foot is much more pungent with leather, barnyard and some gingerbread providing a very aggressive smell. There’s really not a ton of flavor on the cold draw other than some gingerbread and cinnamon; in fact, the most notable sensation is my nose picking up the acidity from the wrapper.

The Cohiba Macassar Toro Grande begins with some sour oak and a cinnamon that reminds me of that found in an Atomic FireBall, the candy. Interestingly, that departs almost immediately and the flavor instead is a relatively smooth woody flavor surrounded by some floral and mango sweetness. The finish is odd, some soggy flavors—like a wet paper towel—and some dryness, an interesting combination of contrasts. It’s medium-plus flavor-wise, mild-medium strength-wise and medium in body. Construction is great and the cigar is able to stay lit at painstakingly slow paces. 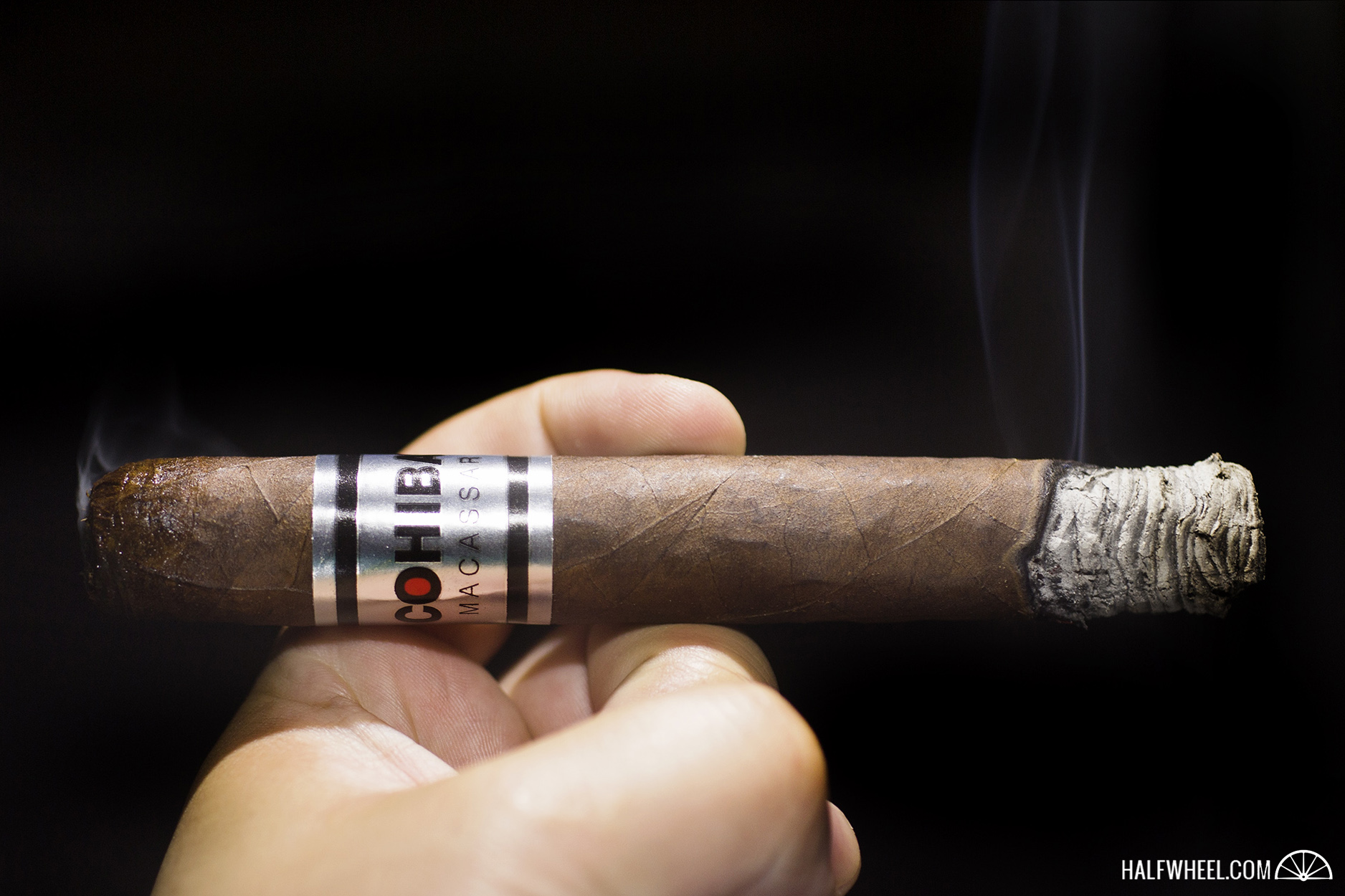 Calm is the word that comes to mind when describing the flavors in the second third. The Cohiba Macassar shows faint hints of black licorice, some wheat flavors and nuttiness on the tongue. Through the nose, there’s lemon cake and some mild Dr. Pepper sweetness, though both are extremely delicate and only really accents on the nutty and wheat profile. On one cigar I get faint hints of the herbal olor characteristic, but much like the rest of the cigar, everything is very light and delicate. Construction-wise, two cigars have incredible construction while another cigar tunnels and needs a relight. Strength remains mild-medium. 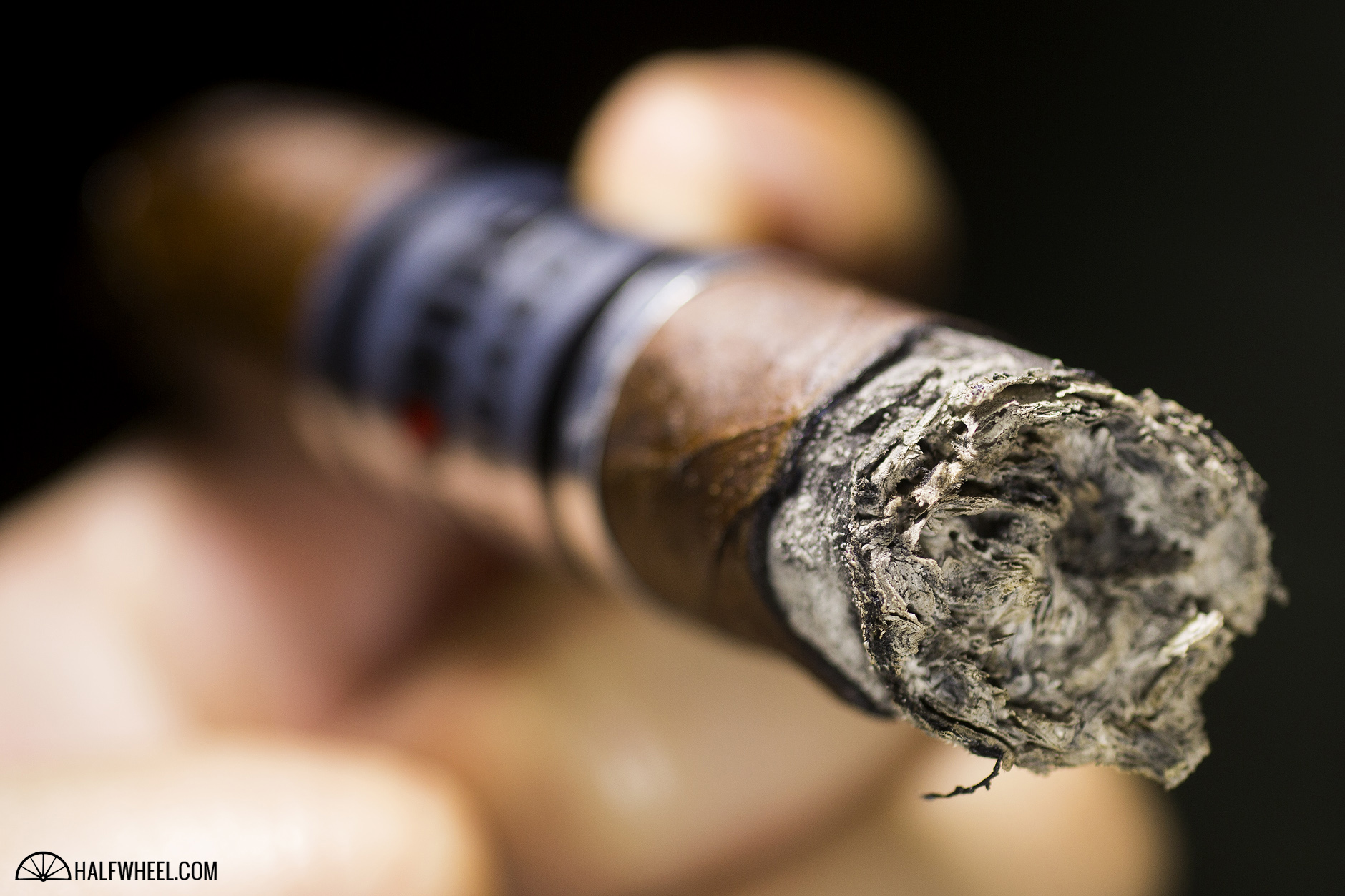 The delicate flavors continue into the final third with lemon cake, nuttiness and oak as the primary flavors. There’s a return of the cinnamon along with some harshness towards the top of the mouth. Unfortunately, I still get a bit of the soggy flavors, now intertwined with some of the bready flavors on the tongue, though the herbs are fortunately gone. As for the finish, it’s extremely starchy–almost like what I imagine my mouth would taste like after chugging a carton of french fries. Construction remains great until the final inch, meaning two samples have gone start to finish with no touch-ups. This is a medium cigar with a host of delicate flavors. Much like the Cohiba Comador, the Macassar is a good cigar, but it’s also quite pricey. If I was given my choice of General’s Cohiba offerings, I’d probably still choose the Comador, but not by much. If you haven’t particularly cared for Cohiba in the past, I’m not sure this will change your mind as the flavor is still very much medium, but it’s a positive experience from General’s Dominican factory, which isn’t always the case for me.