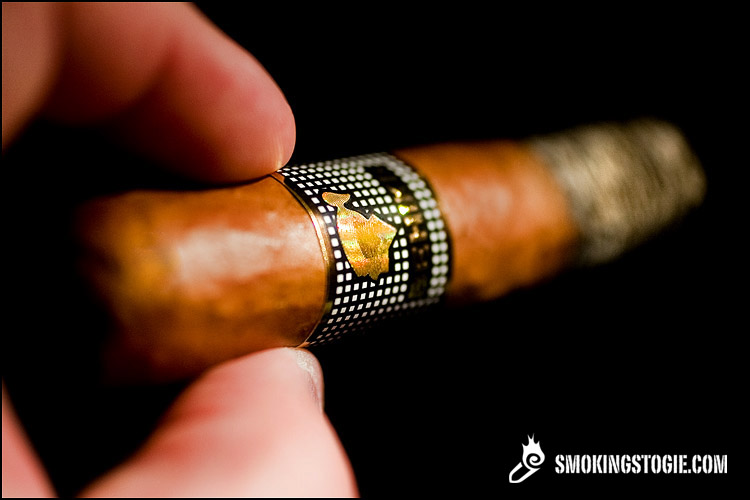 In 2006, Cohiba released one of the most expensive cigars in the world, the Cohiba Behike to honor its 40th anniversary. Only 4,000 cigars were produced each rolled by only one person at the El Laguito factory in Havana: Norma Fernández. She also had the honor of deciding on the tobacco blend to be used for the cigars which was specifically designed to honor 40 years of the Cohiba brand.

In early 2010, word came from Habanos S.A. that they were going to produce a new blend, officially launched during the XII Habanos Festival in Cuba, using Medio Tiempo leaves, taken from the upper leaves of sun-grown tobacco plants which supposedly gives the new blend a unique, distinctive taste, the Cohiba Behike BHK, a cigar honoring its 45th anniversary.

Here is a photo of the official festival box the new Behike came in: 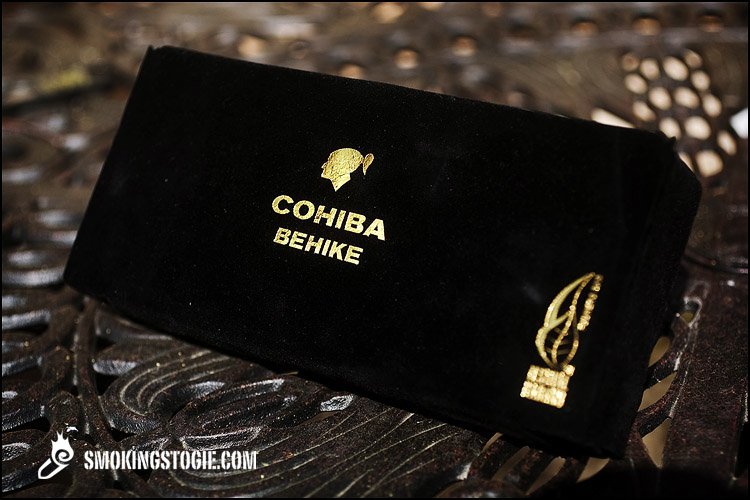 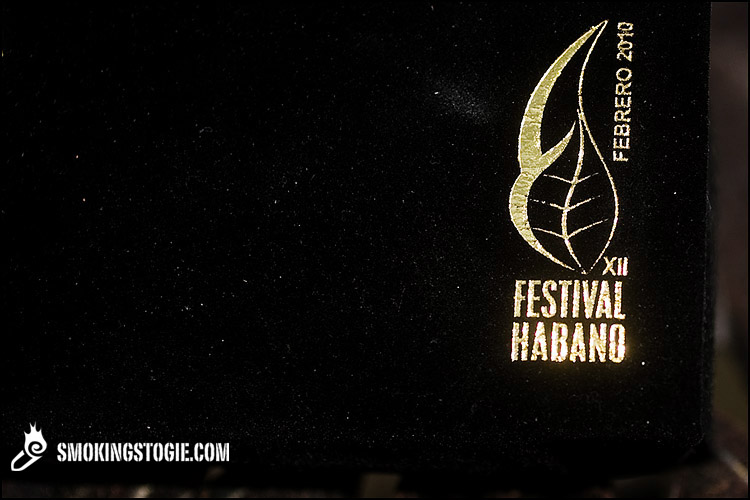 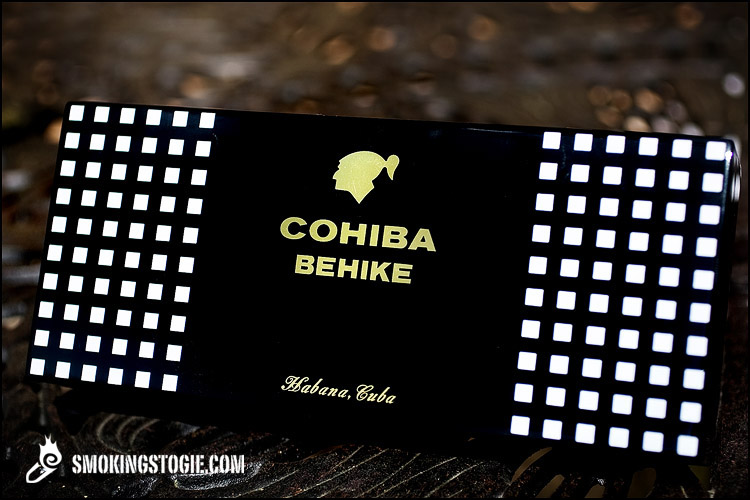 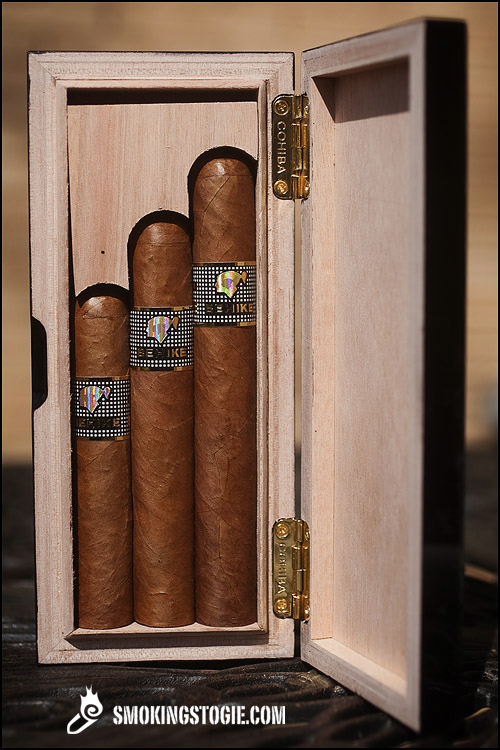 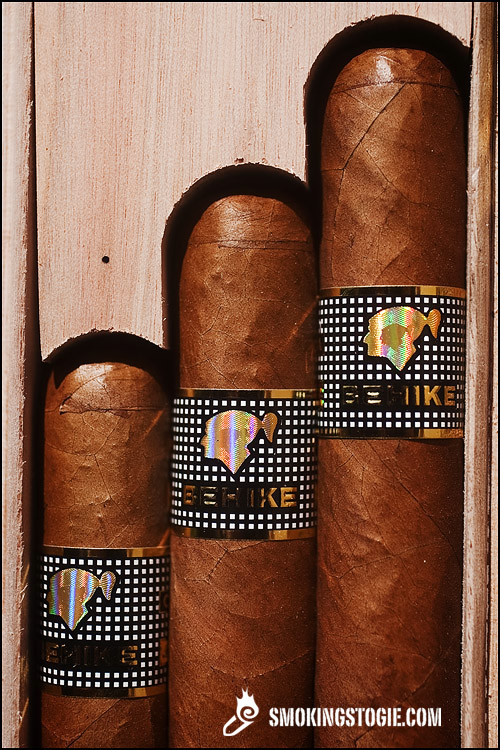 The new Cohiba keeps the Behike, which incidentally was named after a tribal chief of Cuba’s indigenous Taíno tribe, but adds the moniker “BHK” and will come in three vitolas, each never produced by Habanos S.A. before.

The cigar will be presented in lacquered boxes of 10, and unlike the original Behike, the BHKs will be a limited regular release. They will also feature a brand new band, each which has three sides, two of which bear a new security hologram. The hologram is a brand new security precaution to attempt to stop counterfeiters, and  they are not the same for all three sizes, but instead are made to fit the size of each of the three cigars perfectly.

The cigar itself is a very impressive specimen, obviously well-constructed. There’s a light to medium chocolate brown wrapper that has a very strong barnyard smell with a bit of hay thrown in. The BHK is also very firm when squeezed, almost hard, really and feels almost too large to smoke when you put it in your mouth, what many would call a jawbreaker. It also has a small pigtail cap that has been perfectly applied.

The band is, quite simply, the most amazing band I have ever seen on a cigar in my life, and it truly must be seen to be believed.

The cigar cut easily, and the first third starts with an impressive amount of spice out of the gate, along with flavors of cedar, hay and earth. There is some sweetness as well, but not much of it, it is really more of a background note at this point. 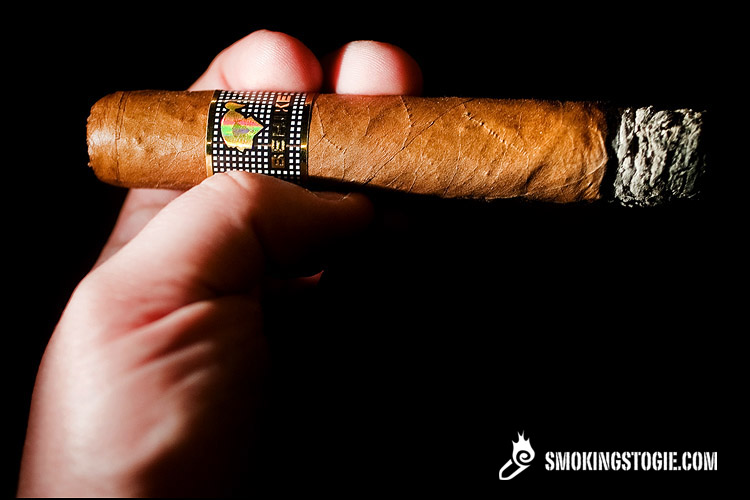 The second third of the Cohiba starts out with the spice from before winding down quite a bit. The BHK shifts abruptly to a sweeter, more creamy profile, although interestingly, the flavors are close to the same, more cedar, more earthiness, more hay, but instead of the spice from before, the sweetness is the dominant companion. There is also just a bit of dark chocolate present as well.

The last third is the best part of the BHK 54 by far. The spice from the first third ramps up again, although not to the same levels and the creamy sweetness remains, along with all of the same flavors that have been present throughout the smoke and adding a great graham cracker note as well. They all combine effortlessly into a wonderful, cohesive blend that was extremely enjoyable. Every flavor complimenting each other, with no one being dominant. The cigar did get a bit hot at the end, but it was not so bad that I could not finish it. 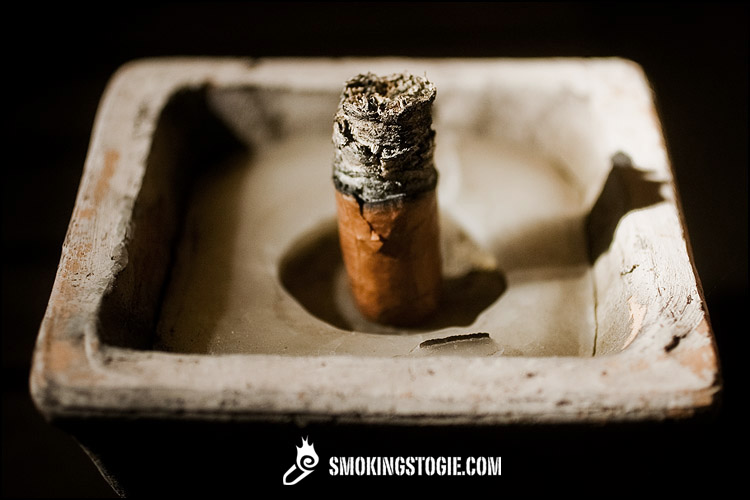 Honestly, after reading all of the press on this cigar, I have to say, I was expecting a bit more from it. I was expecting to be able to taste a different flavor from the medio tiempo leaves, something that was totally unique to this blend. Sadly, that was not to be. Instead, what I got was fairly typical Cohiba flavors, only with quite a bit more strength, pepper and spice then the normal blends. Make no mistake, this is a great cigar, and has the total package working for it, great flavors and complexity, great burn, great construction and great draw, but do not go into it thinking it will be a completely unique experience, or you will be disappointed.

Now, I know what you are asking at this very moment in time, is the BHK a better cigar than the Cohiba Gran Reserva? The answer is no. The Gran Reserva is in a class by itself, and while this cigar comes close, it is just not on the same level. Having said that, I do wonder if the BHKs will age a bit better than the Gran Reserva, considering the strength and amount of spice that is present.