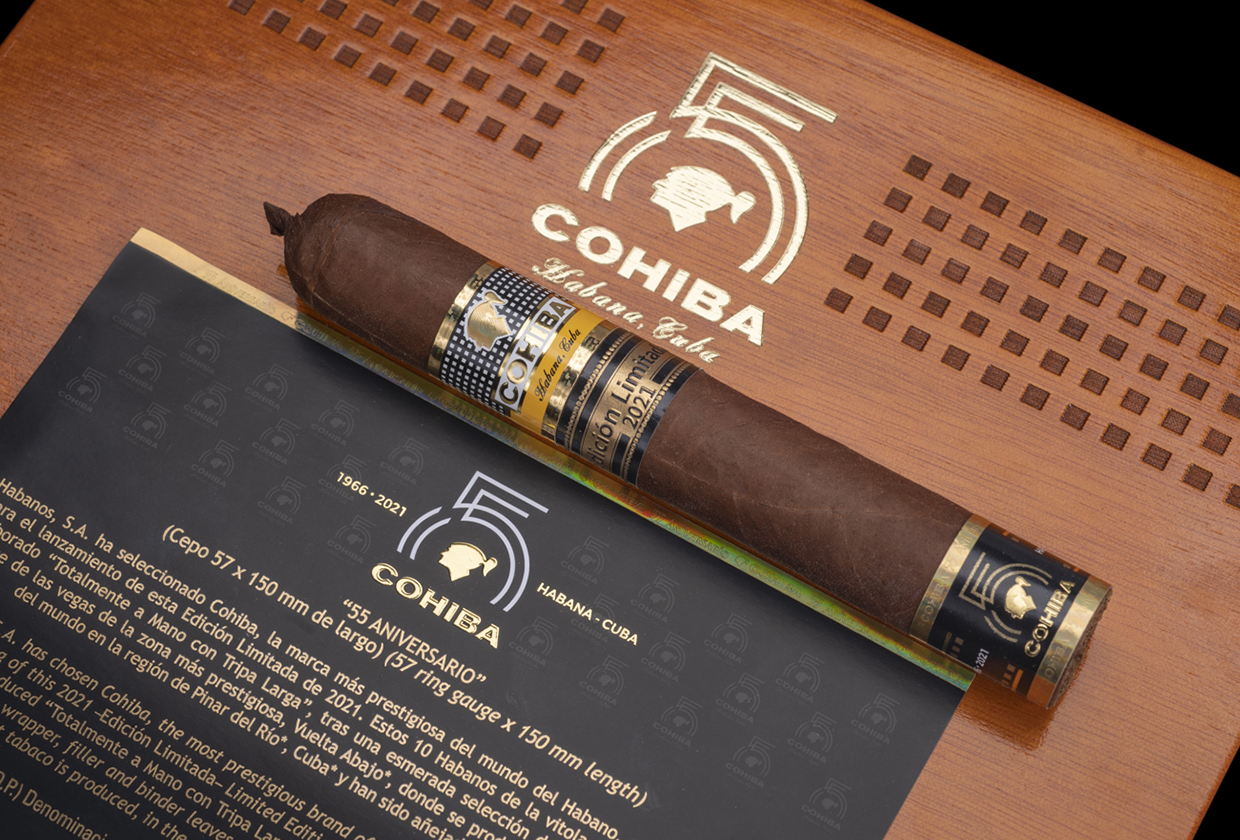 After holding a launch party for the Cohiba 55 Aniversario last Saturday, Phoenicia Trading Co. has announced the retail pricing of the cigar when it goes on sale at its duty free location in the Beirut airport next month: $300 per cigar.

The Cohiba 55 Aniversario measures 5 9/10 inches (150mm) long with a 57 ring gauge, a new vitola that is called Victoria. Keen observers will note that the cigar wears a foot band, the first time an Edición Limitada release from Habanos S.A.has done so.

As for the blend, all of the tobacco comes from the Pinar del Río province of Cuba, with up to three of the seco and ligero filler leaves undergoing an additional fermentation in barrels to give the brand a distinctive aroma and flavor.

While it will be released in 10-count boxes for distributors around the world, Phoenicia Trading Co. is also offering a limited edition Premier version that comes in five-count boxes. That format is being limited to 10,000 individually numbered boxes distributed within Phoenicia’s distribution area, which includes the vast majority of the Middle East, including Lebanon, Qatar, the United Arab Emirates, Saudi Arabia, Cyprus, Greece and Kuwait, as well as the majority of Africa. 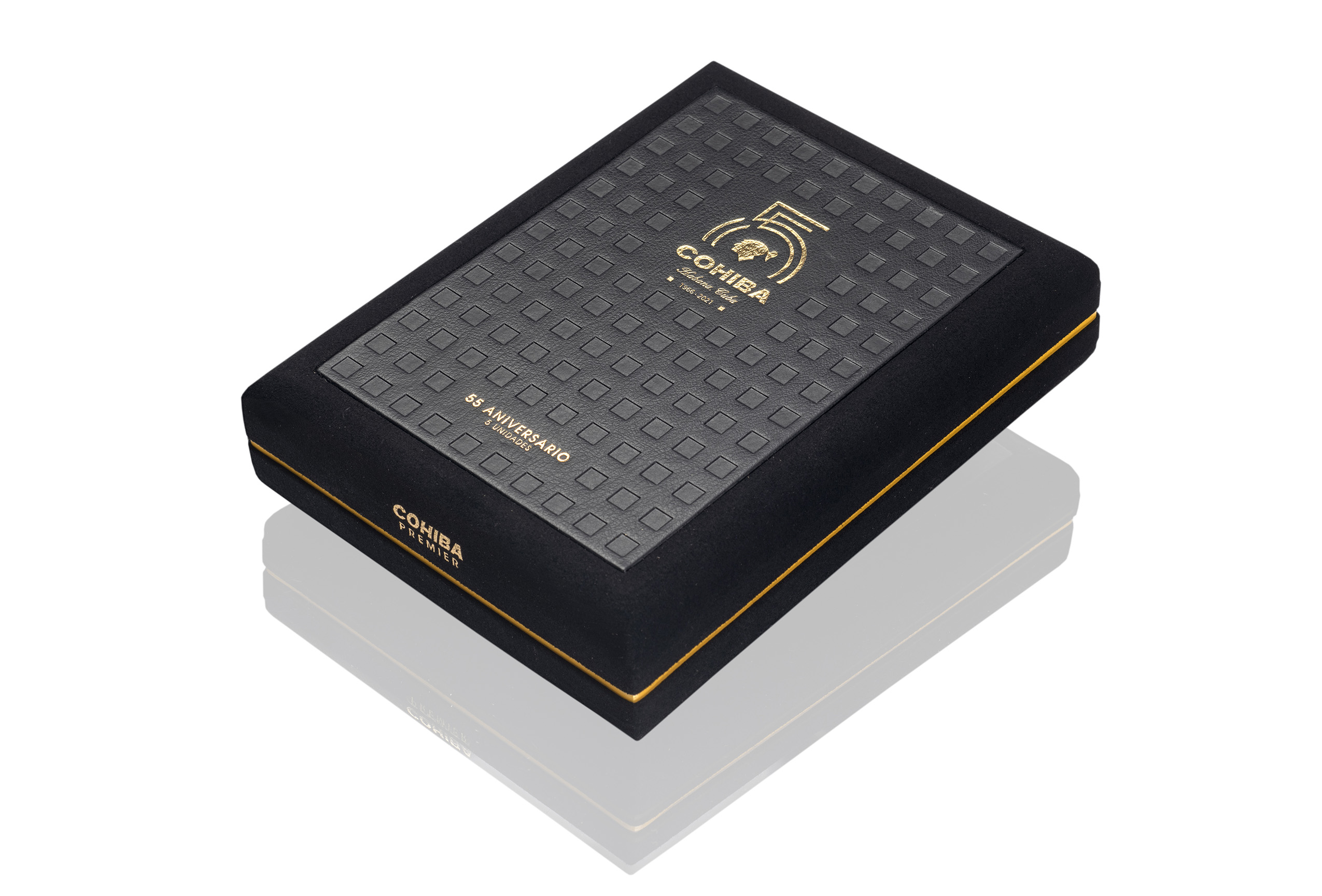 The cigars inside will also feature an additional band that designates them as being part of the Premier release. They are scheduled to begin appearing on store shelves in June. As for when they will be available in other markets, that has not yet been announced, but on Sept. 9, Habanos S.A. will be holding a gala evening in celebration of the 55th anniversary of the Cohiba brand in Havana.

News of the Cohiba 55 Aniversario’s pricing comes not long after Habanos S.A. announced that it would be implementing a global price standard that will be based on prices in the Hong Kong market, one of the world’s most expensive for Cuban cigars. The company confirmed that its prices will be going up across the board, but said that its most premium brands, Cohiba and Trinidad, will be experiencing the greatest increase.