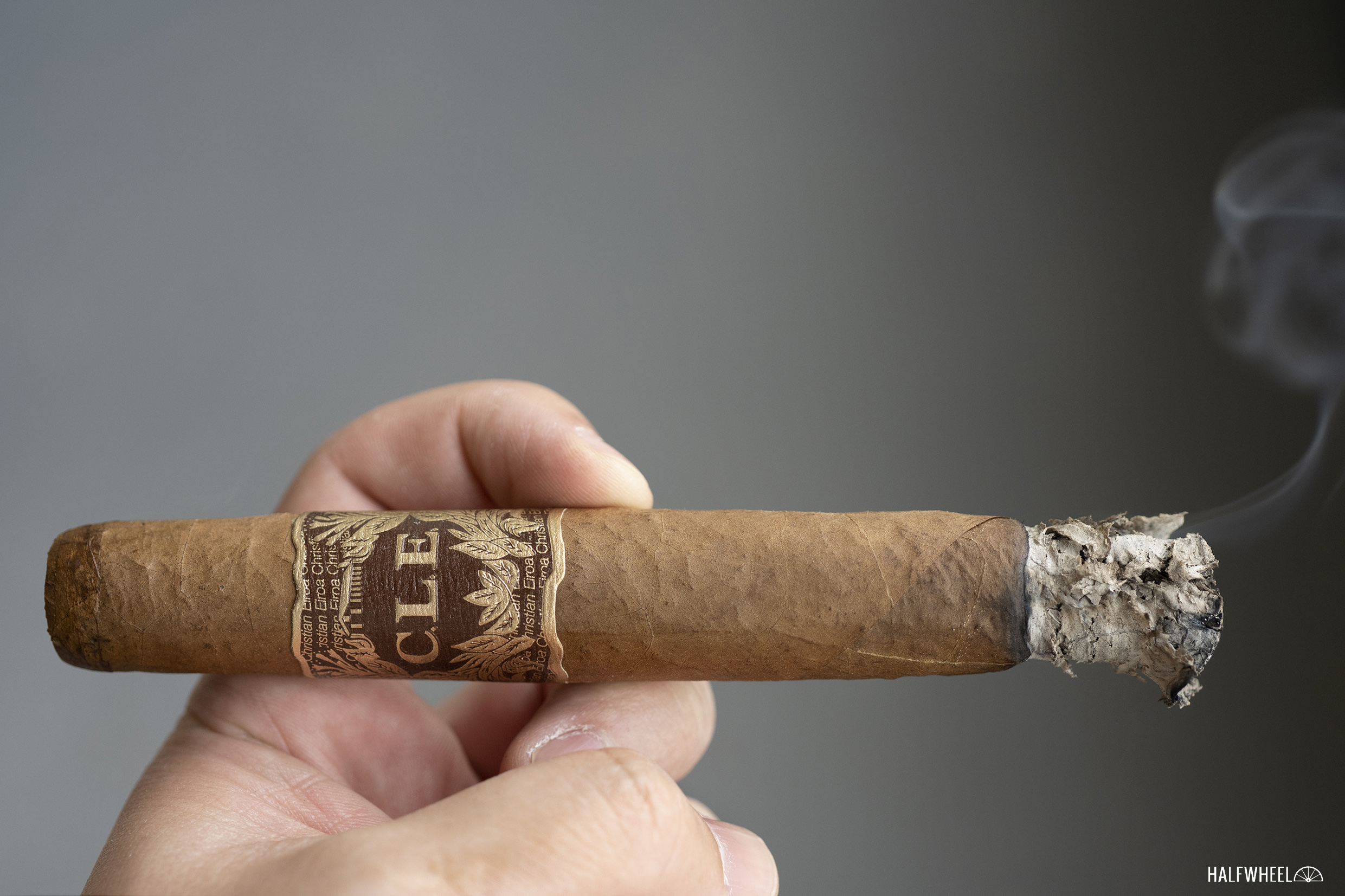 For most of the time I have been in the cigar business, there have been two types of Cameroon wrapper. Most of you will be familiar with the African Cameroon varietal, i.e. the tobacco grown in Cameroon, that is used by manufacturers like Arturo Fuente, General Cigar Co., La Aurora and others. There’s also been a smaller amount of Cameroon-seed tobacco grown in Ecuador that is used on some cigars.

But there’s also a third type of Cameroon, one which is grown in Honduras by the Eiroa family. It’s not new—in 2006 the Eiroas released a Camacho cigar using the hybrid Cameroon wrapper when the family still owned Camacho—and last year, the Eiroa-grown Cameroon wrapper returned through JRE Tobacco Co.’s Aladino Cameroon.

In March of this year, CLE Cigar Co. announced a new cigar that would be the company’s release for the Tobacconists’ Association of America, Ltd. (TAA), a retailer trade group. At the time, little was known about either the cigar, the blend, or its name, which included the various parts of the cigar’s name—CLE Signature THT-EKE 03/17 TAA 11/18. However, some of the name is easy to understand, TAA is a reference to the trade group and 11/18 is a reference to a unique 6 x 48/54/48 vitola the Eiroa family made when it still owned Camacho.

As you might gather, we now know the wrapper is the Honduran Cameroon hybrid. It’s important to note that JRE Tobacco Co. is owned by Julio and Justo, one of Julio’s sons, Eiroa. CLE is owned by Christian Eiroa, another son of Julio.

CLE said that at some point Christian Eiroa might disclose what the various parts of the name would be, yet to my knowledge that still hasn’t happened. And while CLE did eventually disclose the origin of the wrapper, the rest of the blend is still unknown.

One other thing changed in between when the cigar was announced in March and when it began shipping in August: CLE added three more sizes. Unlike the 11/18 vitola, those other sizes are available to retailers who are not members of the TAA, giving it a more widespread release.

Given that this is a TAA release, it seems right to explain what the TAA is: a fairly small group of some of the country’s top tobacconists, about 80 retailers, as well as 40 or so manufacturers. The association gathers annually to discuss issues facing the industry and retailers, as well as to have its annual trade show, a unique event that works on a group buying format in order to secure exclusive deals for these generally high-volume merchants.

TAA hosted a virtual meeting in March and is planning on having an in-person meeting later this month at Casa de Campo in La Romana, Dominican Republic.

In 2021, a total of 13 different companies announced TAA ESP releases, and as of now, all of the cigars have shipped to stores except for the La Flor Dominicana release. 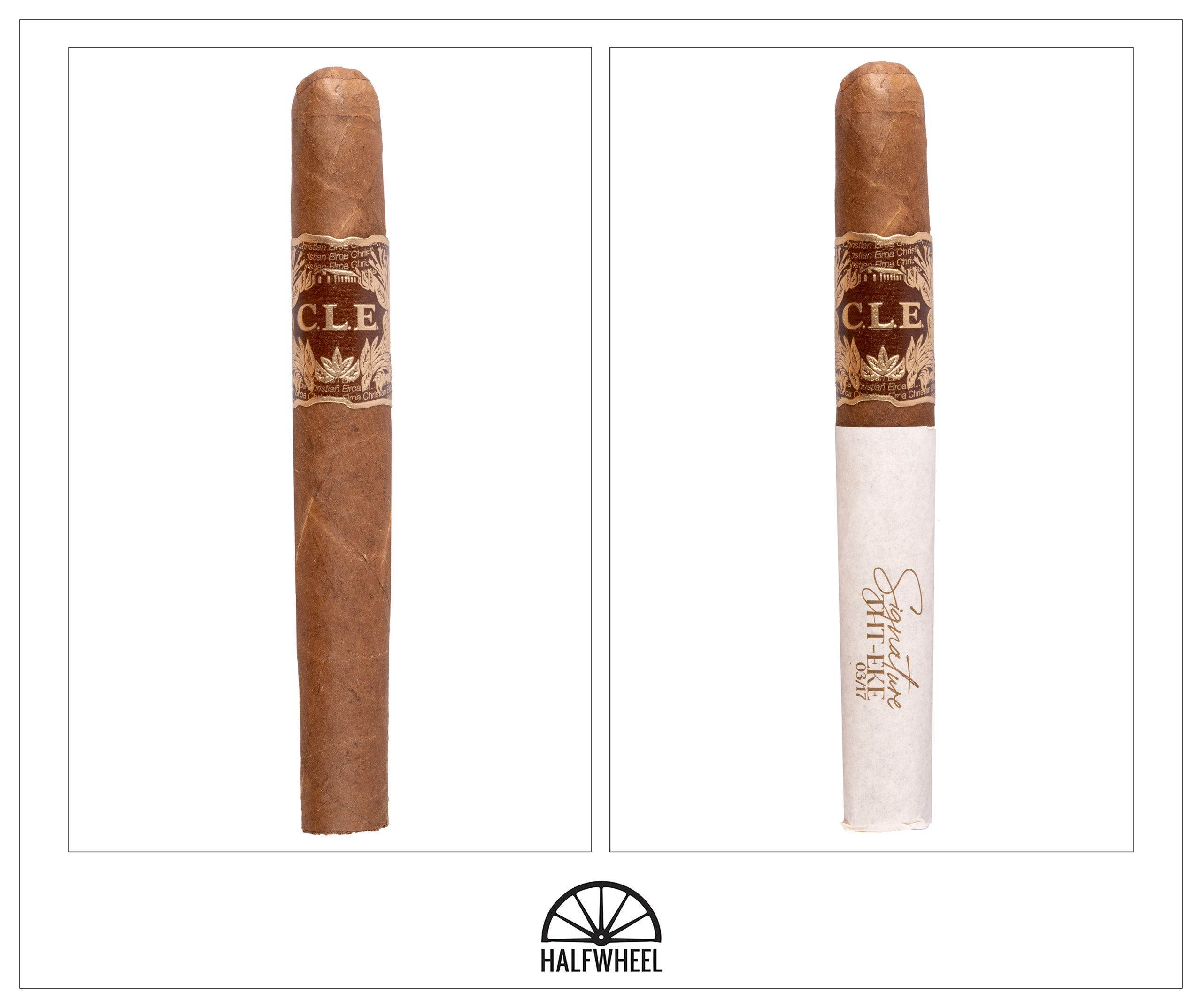 The CLE Signature THT-EKE TAA 11/18 mostly looks like a Cameroon-wrapped cigar. Like I’ve seen on another cigar with the Honduran-grown Cameroon wrapper from the Eiroas, it looks a bit cleaner than typical Cameroon, but the dull watered-down brown color is a dead ringer for the hue I’d expect from an African-grown wrapper. These cigars aren’t shipped in cellophane and I can’t get much of any aroma from the wrapper. It’s not to say that it smells like air, there’s a mild-medium amount of something. Unfortunately, it’s just too mild for my nose to pick up what that sensation is. The foot smells like raw sugar, cornbread, oak and a generic nuttiness. The individual aromas are quite delicate, but the overall combination is mild-medium. Once I take the first cold draw, a very sharp white pepper shoots to the back of my throat. After that, I taste sugar, a floral sweetness, berries and woody flavors. The cold draw is medium-plus in intensity and each cigar is slightly open.

Unfortunately, there’s very little smoke coming from the top of the CLE Signature THT-EKE TAA 11/18 after cutting and lighting. On each of the three cigars I smoke for this review, there’s not enough smoke for me to detect any flavors on the first puff. So the initial flavor comes on the second puff, delivering some nuttiness, saltiness and oak. Unfortunately, my attention is almost entirely on why I’m not getting smoke, and the answer is the draw, which is not good on any of the three cigars. It’s too loose—purely on a resistance level, it’s probably somewhere between what I would consider slightly open and more textbook open—and there isn’t enough smoke production for me to consistently get enough smoke in my mouth to taste the cigar without rapid puffing. Flavor-wise, there’s nuttiness, oak, creaminess, corn, herbal flavors and a weird milk stout-like sweetness. During the finish, I can feel a super sharp white pepper along with creaminess, sweetness and some burnt flavors. Retrohales are tougher to do than normal due to the lack of smoke, but I detect oatmeal, a funky bread flavor and some saltiness. It finishes quite similar, though there are metallic flavors building on either side of my mouth. Flavor is medium-body is slightly less than medium and strength is medium-plus. Construction is problematic due to the smoke production and draw. I’ve decided the best way to do this is to just keep the cigar from going out by a combination of quicker puffs and minor touch-ups. The ash itself varies dramatically between the samples: the cigar I photographed sees the ash split open like an alligator’s mouth opening and ends up being super flaky, another cigar has firm ash that builds like most other cigars.

For reasons that don’t make sense to me, the smoke production gets better during the second third. What’s odd is that this is the thickest portion of the cigar, seemingly counterintuitive to the draw tightening up, though the more I think about it I could understand how this happens given the unique nature of the shape. That is not only good for the smoke production, but also for the flavor as I no longer have to puff as quickly to get an adequate amount of smoke. A mixture of both white and sourdough breads is the main flavor, slightly editing out the secondary flavors which include mineral flavors, a bittersweet undertone and some herbal flavors. It finishes with creaminess and sourdough bread, a wasabi-like pepper, mineral flavors and a mild, but sharp citrus. While the slightly better smoke production helps the flavors in the mouth, it doesn’t seem to make for enough smoke that I can retrohale without quick, consecutive puffs. Those are harsh and not something I’d recommend doing, but waiting for the temperature to cool down means there’s very little smoke, not really enough for me to push it through the nose enough to produce a full flavor profile. What I can find are some creaminess and oatmeal, but it’s tough to tell. Flavor is medium-plus, body is nearing medium-full and strength is medium-plus to medium-full. While the smoke production improves, it doesn’t last for very long. After about 10 minutes it’s back to being anemic. I need a touch-up or two during the second third of each cigar. 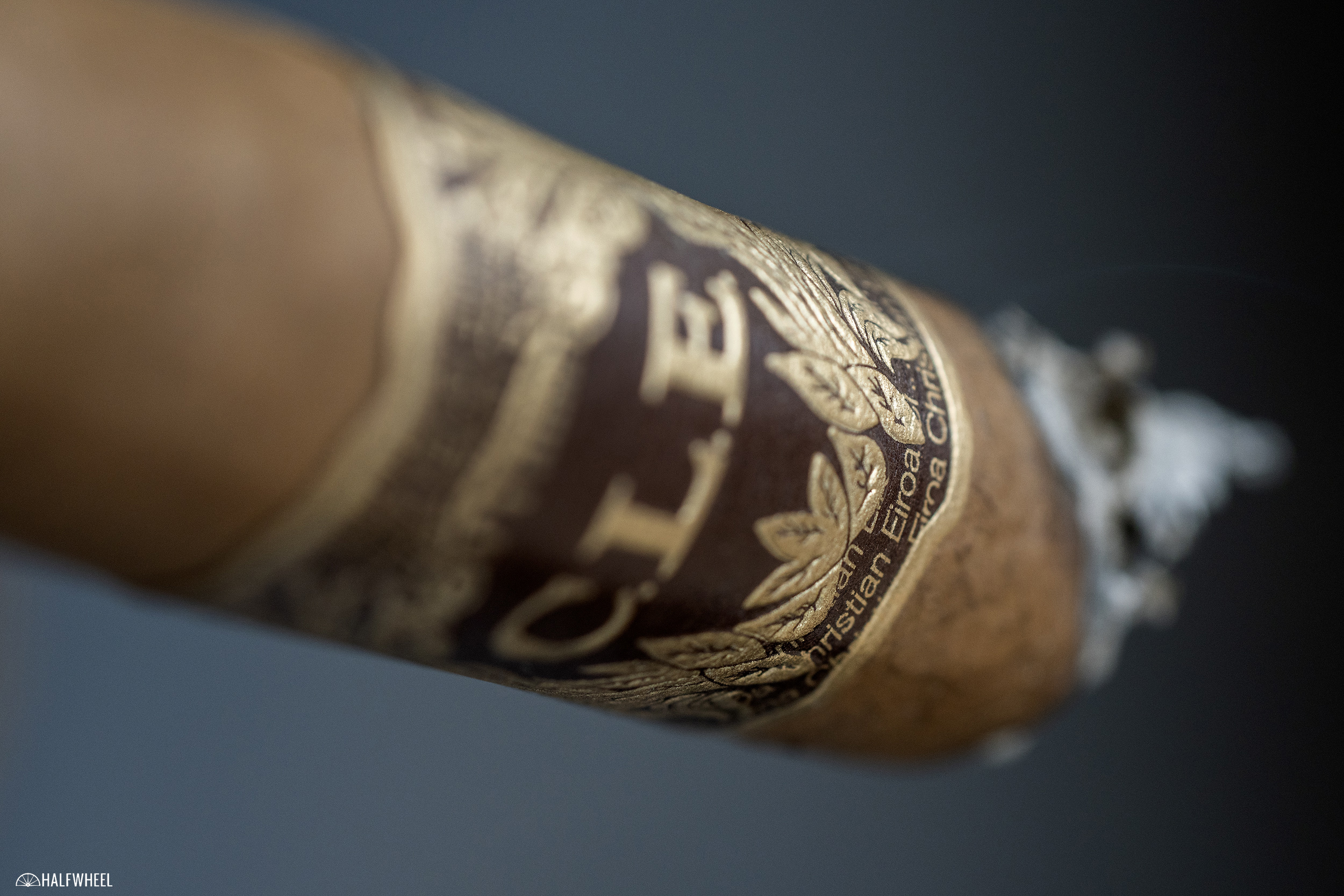 After what happened during the second third, I can’t tell if the building smoke production is going to be a bit of false hope, but I try to take advantage of it while I can. Flavor-wise, I think the flavor the CLE Signature THT-EKE TAA 11/18 is providing now is probably enjoyable: creaminess, earthiness, mineral flavors and oak. The problem is that there’s a lingering metallic flavor on the sides of my tongue. It seems like a sensation that has built up over time, but whatever is the case, the overall sensation isn’t great. The finish has sourdough bread, mineral flavors and a different type of harshness. When the smoke production is good, the retrohales taste good: grains and floral flavors over minerals, black pepper, a sugary sweetness and some generic fruitiness. The finish isn’t as exciting but is also enjoyable with leather leading mineral flavors, creaminess, grains and some floral flavors. The final third is best described as a contrast between an excellent retrohale and unpleasant flavor when the smoke is in my mouth. Flavor is medium-full, body is medium-plus and strength is medium-plus. The retrohales are a bit more vibrant than the intensity when the smoke is in my mouth. Construction is better, but far from great. While the smoke production is greatly improved compared to the first two thirds, I am still puffing a lot quicker than normal and even then, I still need to use my lighter to touch up each cigar. I try to go into each review with as few expectations as possible and I’m not sure I had any conscious expectations for the CLE Signature THT-EKE TAA 11/18. But looking back on it—even midway through the second sample—I can say this is not what I would have expected if I was forced to make a prediction. CLE’s cigars have gotten a lot better since the company first hit the market and during the last two years the company—and its sister brand, Asylum—have made some excellent cigars. This was not remotely close to that standard. Whenever I review a cigar with construction issues, you’ll usually see me write that I’d be curious to know what this cigar would have tasted like without the construction issues. In this case, I am pretty sure I know what would have happened: it would taste pretty good. There are more than just flashes of good parts for the CLE Signature, some puffs showed the promise of excellent flavor, but the sum of the parts is anything but excellent.