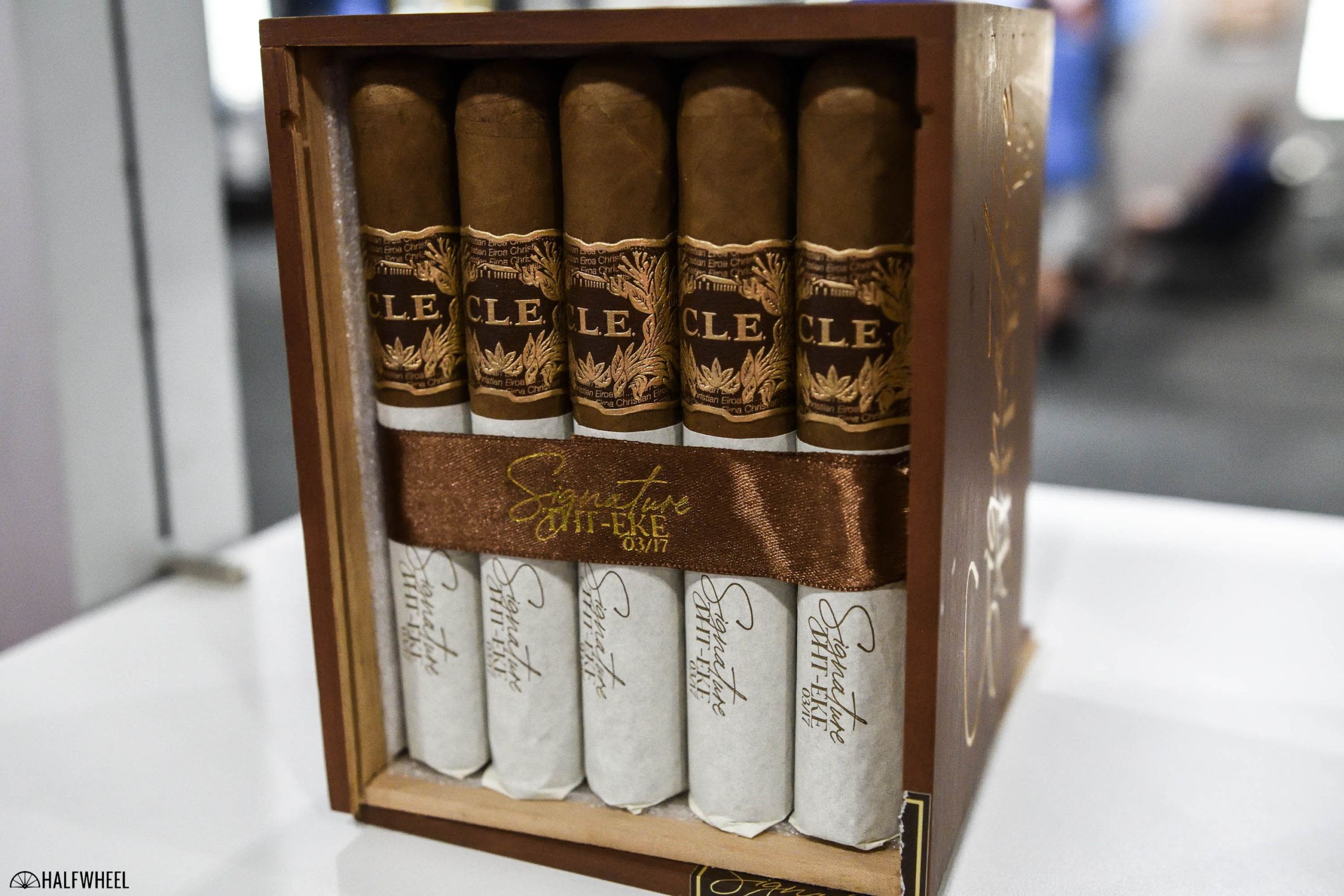 The latest cigar with a Honduran-grown Cameroon-seed wrapper is off to stores.

Earlier today, CLE Cigar Co. began shipping the new CLE Signature THT-EKE 03/17, a four-size line that was announced in March. When it was originally announced there with few details—at the time there was no information about the blend or name—and as a single cigar that could only be purchased by stores who are members of the Tobacconists’ Association of America (TAA). There still remains a single size reserved for TAA members, but last month, the company announced three additional sizes that can be sold at all stores.

As for the other three sizes, they are:

CLE Cigar Co. has declined to disclose the rest of the blend. All four vitolas began shipping today.

This year’s convention was held virtually in March, though an in-person event is scheduled for October.

This year, a total of 13 different companies announced TAA ESP releases, around half of them have shipped to stores: