In early March, the Tobacconists Association of America (TAA) held its 48th annual meeting in Puerto Vallarta, Mexico, and as has been the case in years past, cigar manufactures released a number of exclusive cigars to members of the organization.

One of those exclusives was the CLE Azabache, a cigar that takes its name from a type of reflective black coal that is often used by many in Latin America as a good luck charm. The new limited production line is being rolled at CLE founder Christian Eiroa’s El Aladino factory located in Danlí, Honduras, and is composed of a Mexican San Andrés wrapper covering Honduran binders and filler tobacco sourced from Honduras, Nicaragua and Peru. In addition, only 320 boxes of 25 were released of each size.

The CLE launched in three different vitolas, all of which are named after each specific size and are sold in 25-count boxes. 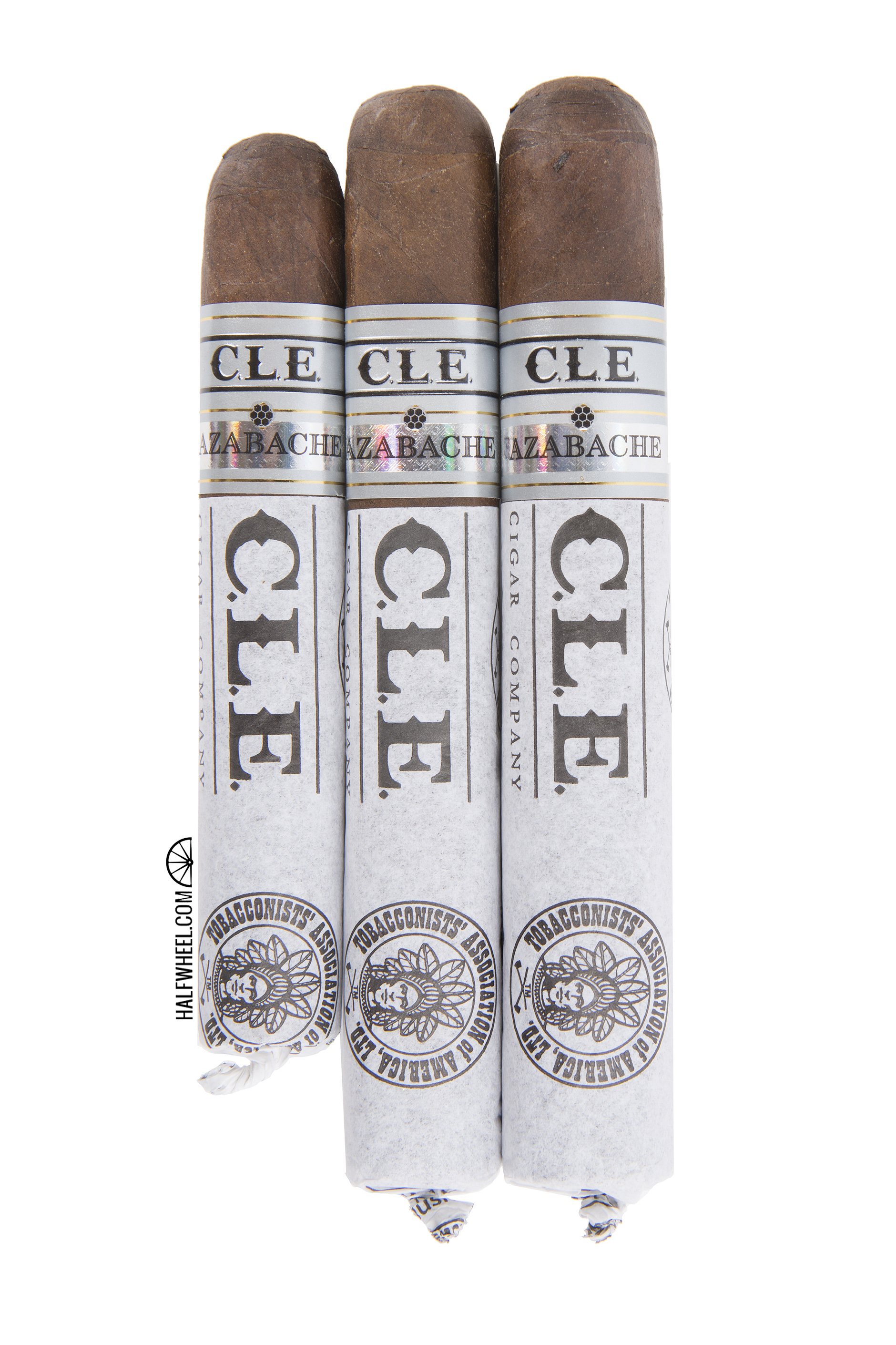 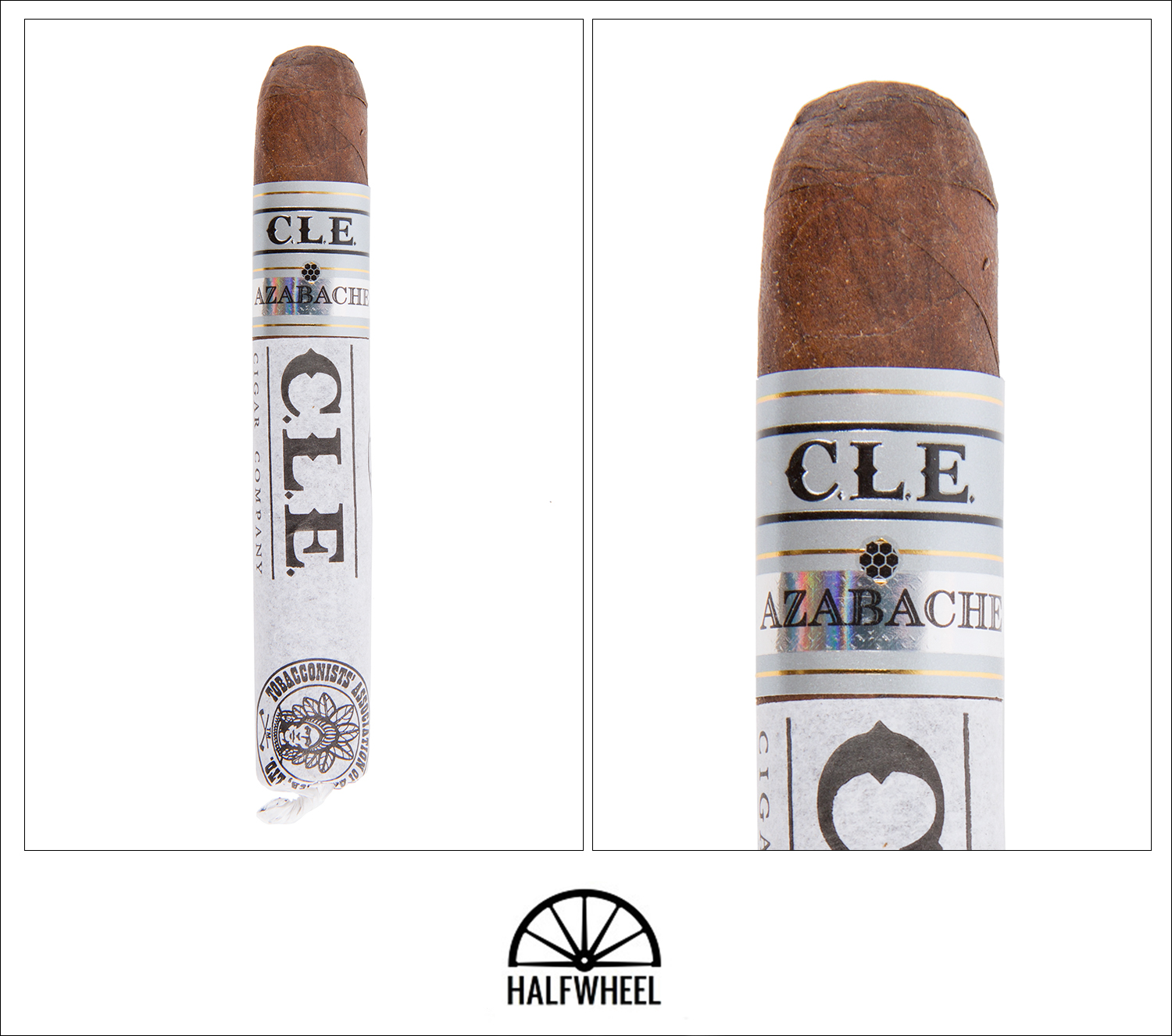 The CLE Azabache is visually appealing, with a paper wrap that bears both CLE’s logo as well as the logo for TAA. Taking that off reveals a dark espresso bean brown wrapper that features a bit of tooth as well as some noticeable oil. There are veins running up and down the length of the cigar, and it also features the slightest hint of box-pressing. Aroma from the wrapper is a combination of aged oak, earth, leather, manure, popcorn and vanilla sweetness, while the cold draw brings relatively tame flavors of orange citrus, hay, leather, ground coffee and slight black pepper.

The CLE Azabache starts off immediately with dominant flavors of creamy oak and dark chocolate, followed closely by other notes of coffee beans, hay, leather and barnyard. There is some very obvious orange citrus on the retrohale, along with some distinct red pepper on the finish that really sets each other off nicely. Construction-wise, both the burn and the draw are excellent, and the smoke production is massive off of the foot, albeit a bit thin in body. The overall strength starts off halfway between mild and medium but quickly ramps up to close to medium by the time the first third comes to an end. 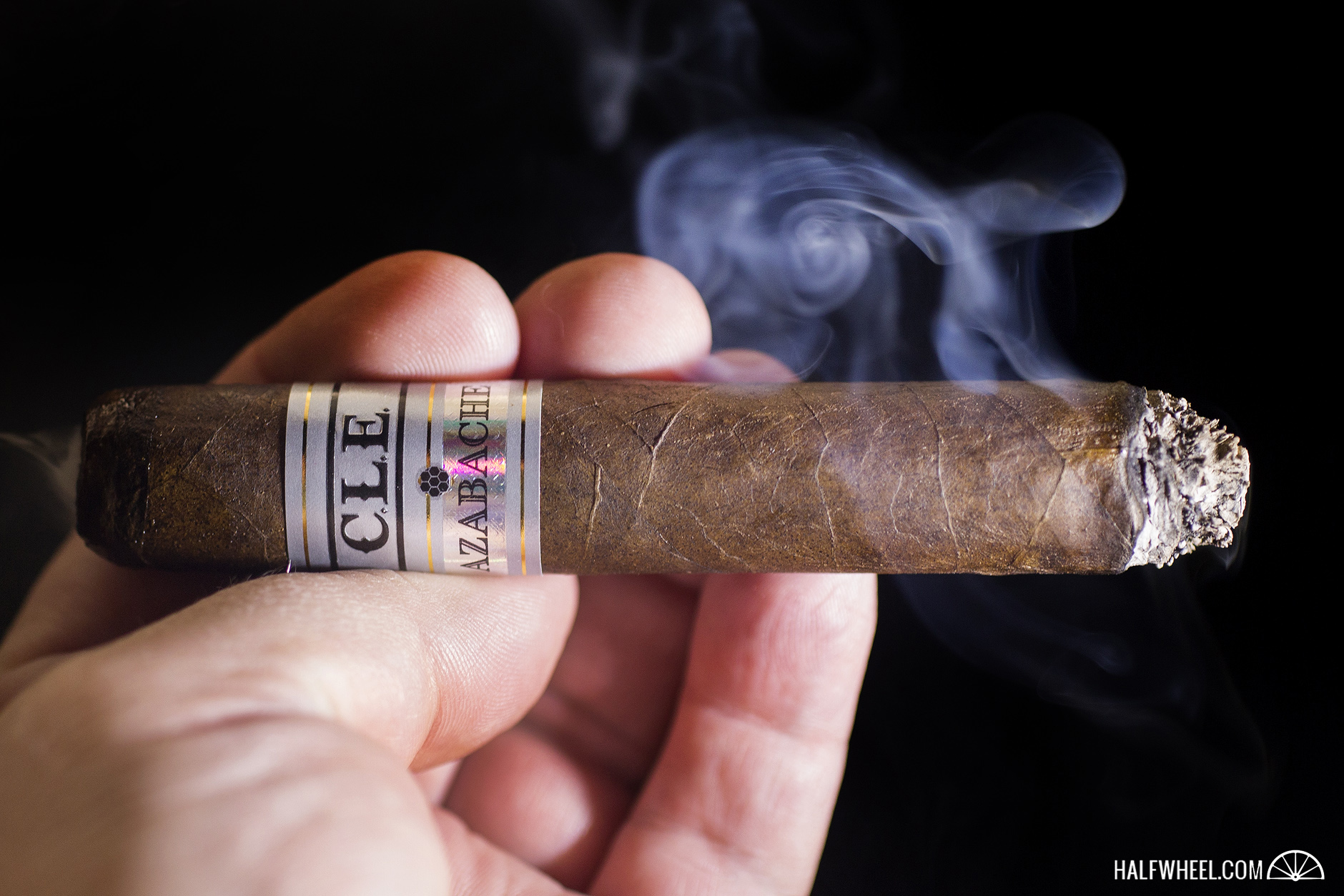 Both the red pepper on the finish and the orange citrus on the retrohale continue to be factors in the overall profile during the second third of the CLE Azabache, and the dominant flavors have switched a bit, with the dark and bitter chocolate note taking the top spot. Immediately following are flavors of creamy oak, peanuts, leather, ground coffee and tobacco, along with just a touch of indeterminate sweetness that comes and goes. Both the burn and draw continue to impress, while the smoke production remains quite high. Strength-wise, the CLE Azabache hits a solid medium by the midway point of the cigar, but seems to stall out there for the rest of the second third. 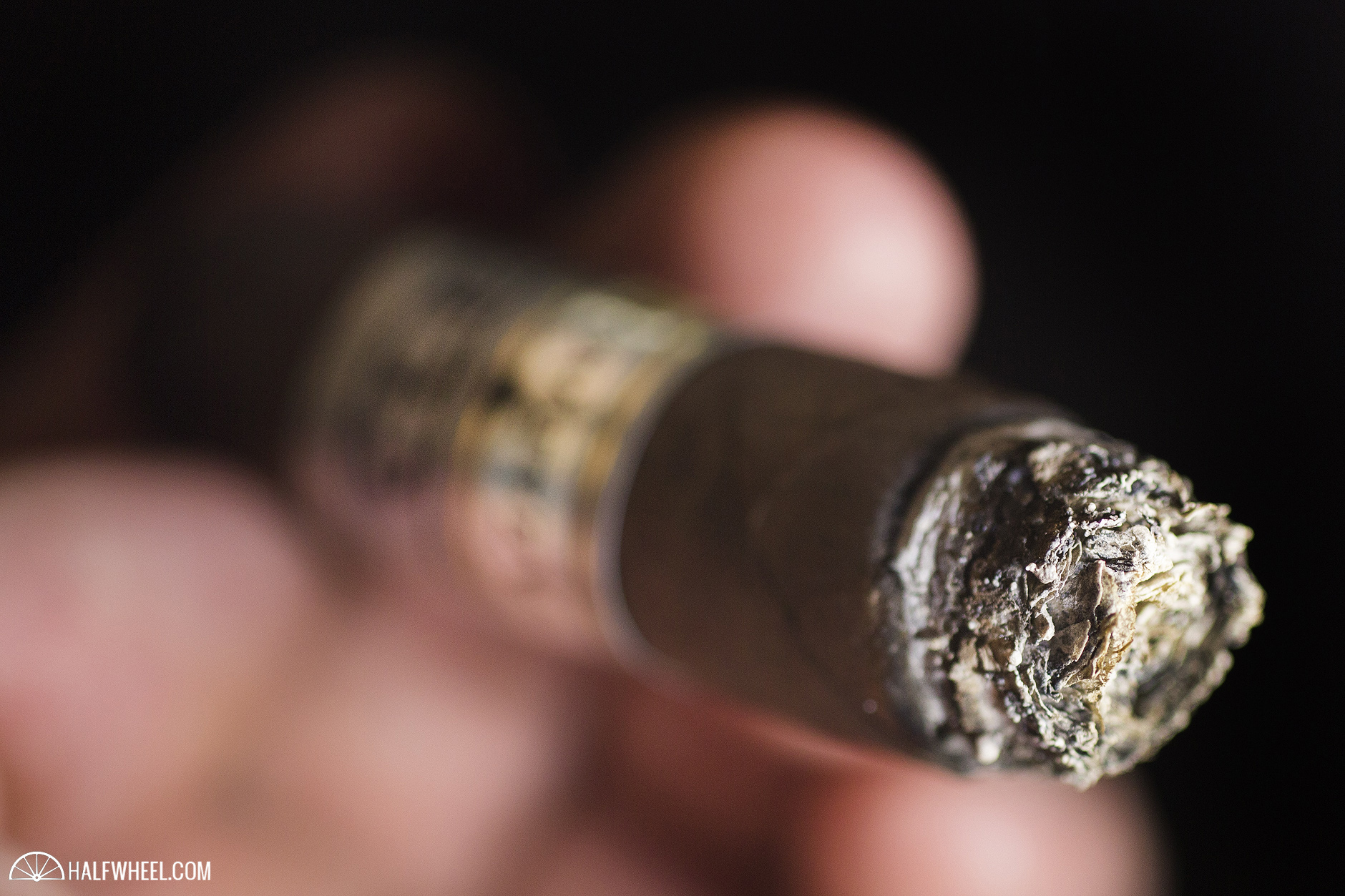 The final third of the Azabache is very close to a carbon copy of the second third, with the same dark chocolate note dominant as well as the same red pepper on the finish and slightly less orange citrus on the retrohale. There is some black pepper in the profile, as well as other flavors of hay, tea leaves, nuts, leather and coffee. While the draw remains excellent, the burn wavers a bit, forcing me to touch it up a couple of times, although it is nothing more than a minor annoyance. The overall strength starts ramping up noticeably in the last inch or so, and does hit a point slightly above medium before I put the nub down with less than an inch to go. 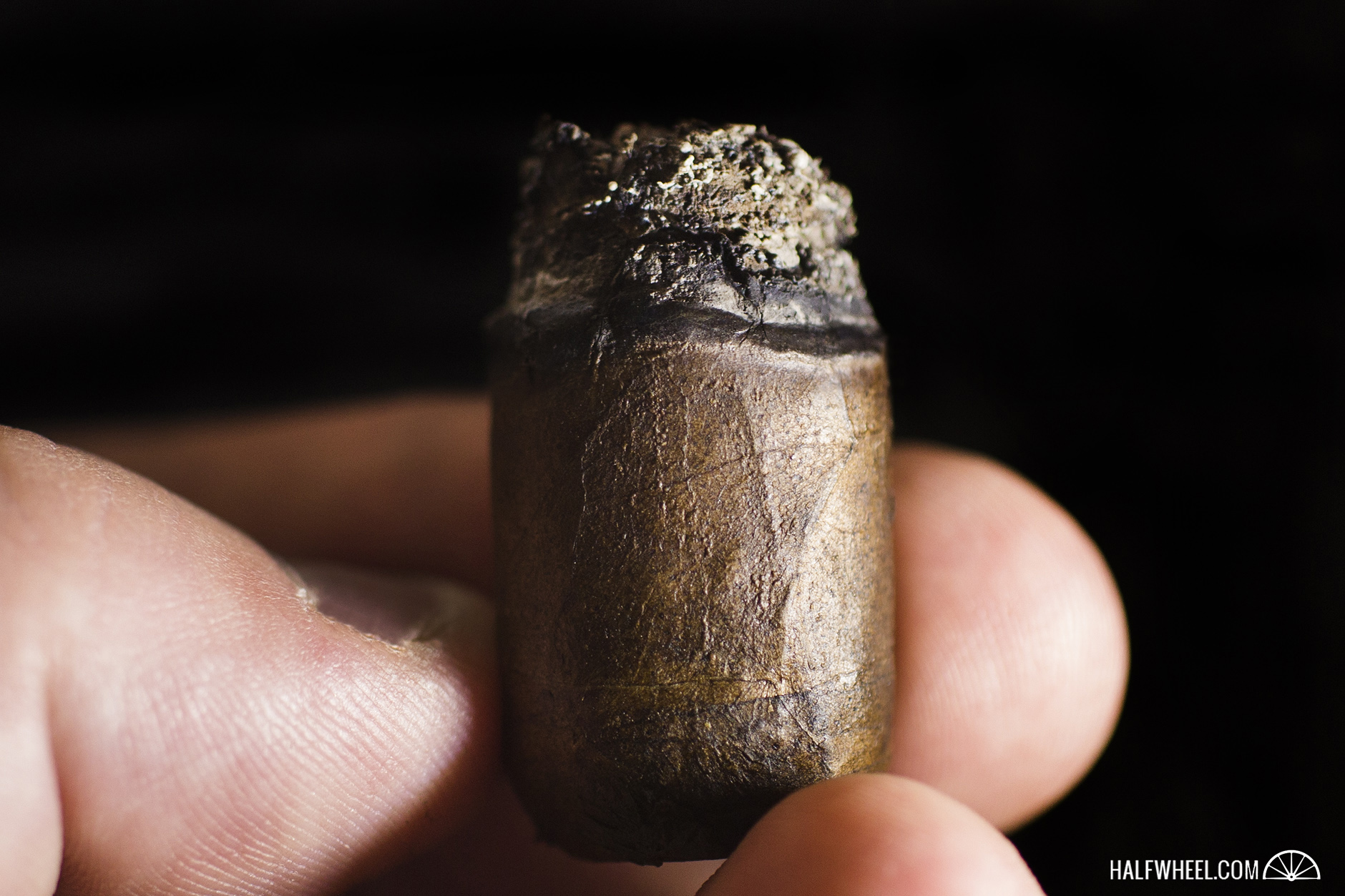 While the CLE Azabache does not feature the most complex or balanced of profiles, the combination of orange citrus on the retrohale and red pepper on the finish that was present throughout the cigar was unique, and just distinct enough to enjoy without being overwhelming. Interestingly, there is very little sweetness in the profile for me, which might have really bumped up the enjoyment for me if it more had been present. Having said that, the construction was excellent overall for all three samples, and the strength was well integrated into the blend, making this an easy cigar to recommend trying.