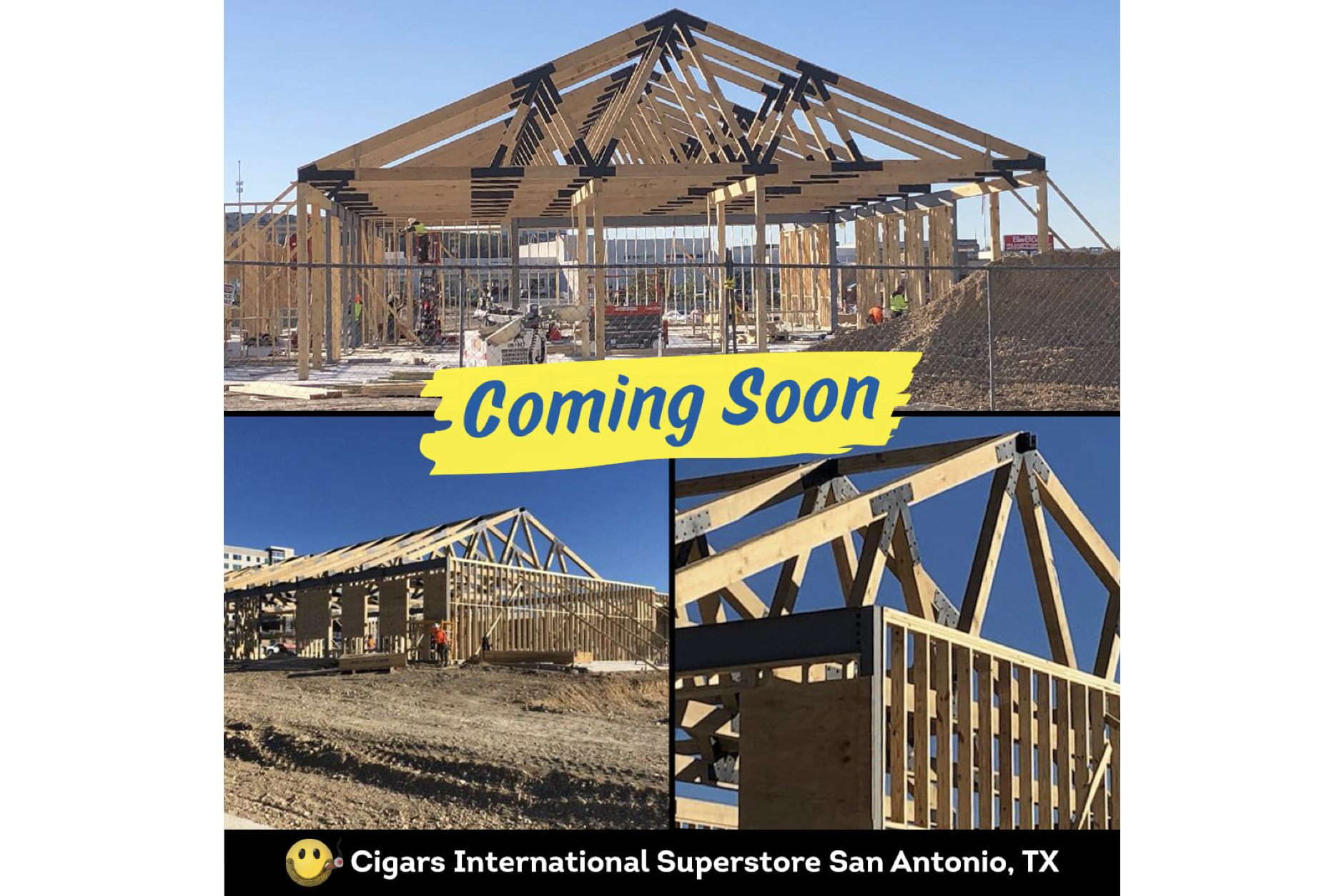 There will be a new Cigars International store in San Antonio later this year.

Cigars International, the world’s largest cigar retailer, has announced a new store at 5630 Landmark Pkwy., located about 13 miles northwest of the city center. Per building permits, the new location will be 7,600-square-feet and will include a full-service bar.

A representative for Scandinavian Tobacco Group, which owns Cigars International, told halfwheel a formal announcement would come at a later date. That said, Cigars International has added the store to its website and social media channels, including post images that appear to show the store under construction and a graphic that indicates the store should be open in “Spring 2022.”

This will be the eighth Cigars International store, there are two more in Texas—one in The Colony, north of Dallas, and another in Fort Worth—two stores in the Tampa area, and there are three in Pennsylvania, where the retailer is based. That Cigars International is adding another Texas store is of no surprise. When it built the Fort Worth store—which opened in mid-2020—the company more or less modeled it after its location in The Colony but it added a warehouse area in the back. At that time, it said that the warehouse could serve as a central distribution point for Cigars International stores in North Texas in the future. Given that the San Antonio location is roughly a five-hour drive from the Fort Worth store, the central distribution point may not be utilized.