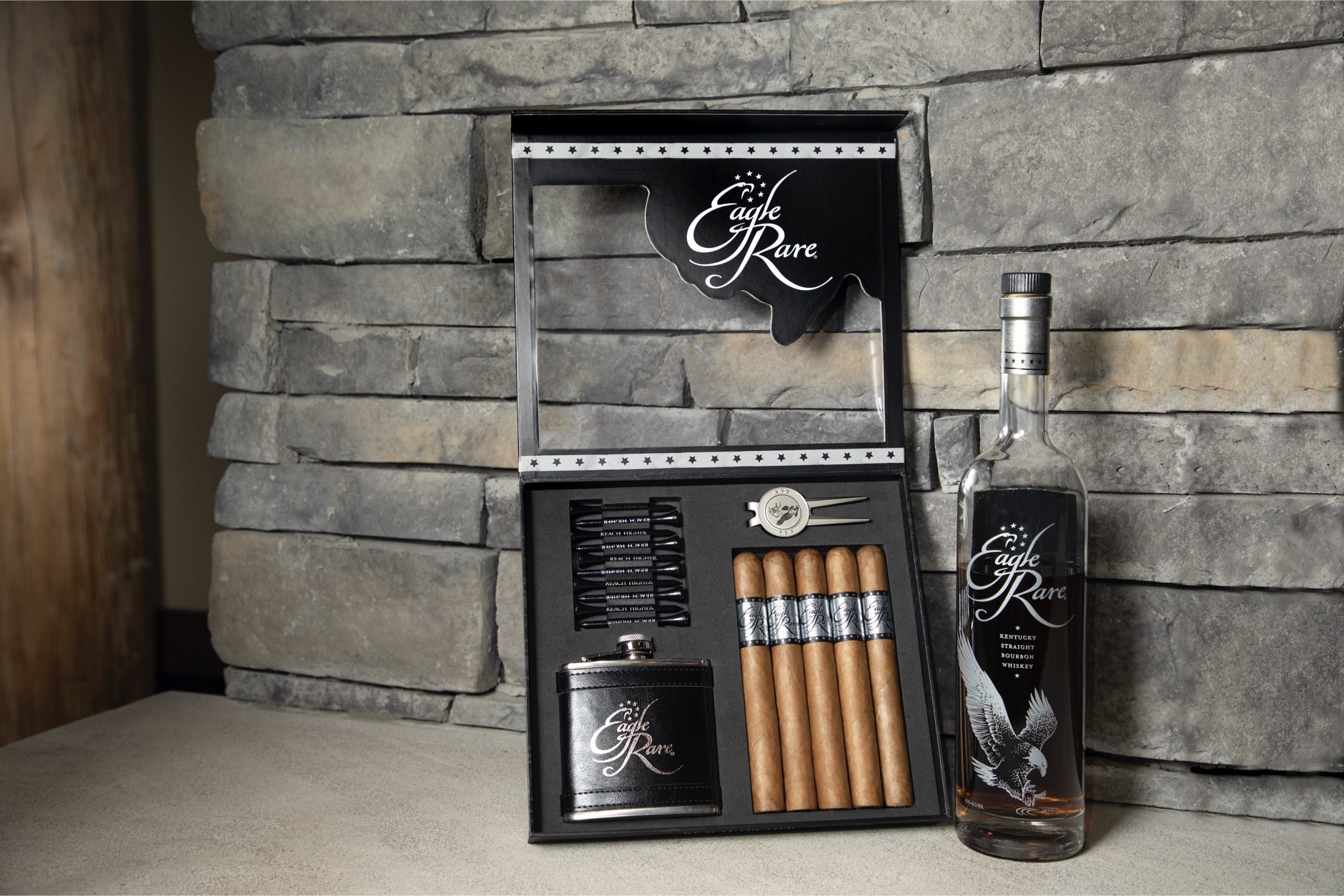 This time it’s a limited edition release made for the Eagle Rare bourbon brand. It’s being sold through Cigars International and STG’s other retail operations and only as part of a gift set. The cigar is a 6 1/2 x 52 toro extra that uses an Ecuadorian Connecticut wrapper over a Mexican San Andrés binder and fillers from three undisclosed countries.

The gift set includes five cigars, a branded Eagle Rare flask, golf tees, and a divot tool. It has an MSRP of $130, though various STG retailers are selling it for $79.99.

Production is limited to 4,000 gift sets.

This is the third release between STG—which also owns General Cigar Co.—and Buffalo Trace. The company has made a variety of cigars that are branded with various Buffalo Trace-produced whiskey brands, though so far none of them have been infused with bourbon nor aged in bourbon barrels. The other two releases have been a Buffalo Trace cigar sold through Meier & Dutch, and Weller by Cohiba, which is being sold nationwide through General.

Eagle Rare is made at Buffalo Trace using barrels that are at least 10-years-old.