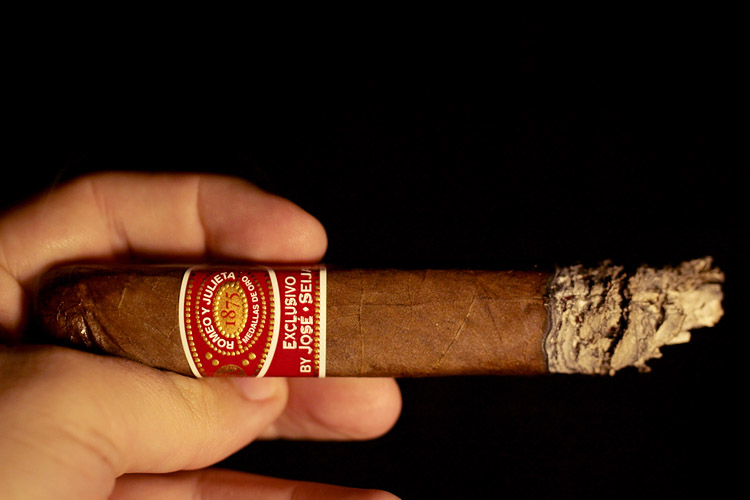 Over the past two years, a series of limited edition cigars produced exclusively for Tobacconist Association of America members has garnered a fair share of buzz among cigar smokers in the know. Interestingly, most of the buzz comes via members of the online media or a few retailers who are active on Twitter, as the TAA keeps a fairly low profile and doesn’t produce much in the way of press releases or publicity for anything it does.

From their website, the TAA describes itself as follows:

Our Mission Statement: To provide an open forum of ideas, strategies, and problem solving between retail tobacconist and vendors to the trade. Our Organization’s Objectives: TAA exists to achieve three primary objectives:

As has become customary for the TAA meetings, a variety of cigars were available for purchase exclusively by TAA retailers. The most recent list included:

One of the first things that makes the Romeo y Julieta TAA release different than its counterparts is that it’s sold in two-count boxes. The Tatuaje was shipped in boxes of 20, the Ashton VSG came in ten-count boxes,  the Jamie Garcia arrived in boxes of 16, and the Oliva Serie V No. 4 was packed in 24-count boxes. Like the Tatuaje and Jaime Garcia, it is a box-pressed cigar, something that seems to be a bit of a trend in TAA releases. When you slide the lid off the box, you realize that the two cigars are really packed in their box. Thankfully, the cellophane on one of the cigars is turned up to help pull that first cigar out, but there certainly isn’t much breathing room. The wrapper feels fairly supple and soft, though it’s not perfectly smooth and the cigar has just a bit of give when squeezed. Its pre-light aroma consists of hay and wheat bread, particularly the crust of really good wheat bread. The cold draw of the Romeo y Julieta TAA is easy, with light wood, hay and peanut notes present, though the box pressed 60 ring gauge shape feeling more like a Snickers bar than a cigar.

The first third of the Romeo y Julieta Exclusivo Para TAA by José Seijas starts with an easy, unchallenged draw, leading with a chalky smoke and flavor in the first few puffs. Its ash is very flaky, coming off in small bits and pieces as opposed to one big clump. For my palate, the 6 x 60 is fairly mild, though on the bigger spectrum I think it’s safe to call it medium or medium-minus. It stays medium-bodied through the second third, though the Romeo y Julieta has picked up a bit of spice. The chalky flavor leaves and is replaced by a tangy, woody note. Its smoke is airy, almost fluffy in the mouth, almost like cotton candy without the sweetness. The final third evolves a bit further, bringing in more complexity as the spice and wood notes become more prominent, leaving me to think that this is where the cigar should have started at. Heat takes over towards the end and adds a charred, unpleasant taste that really wastes an otherwise good finish. It was a retailer that sold me on this cigar, and had I not had a good relationship with him I don't think I would have ever picked this up.Take a big ring gauge cigar from a brand I'm not a big fan of and make me buy two of them and you have an equation that doesn't end in a purchase in most cases. However, I wasn't disappointed with them; it's a bit mild for my palate and lacks the complexity of a great cigar, but it was certainly enjoyable. While I don't know that I'd buy another one, I can certainly see why it earned this particular tobacconist's recommendation, and as such it gets a thumbs-up from me.