When I reviewed the Cigar Oasis Excel, I made it clear that the one feature that could separate that humidifier from the rest of the category would be a completely separate product that has not shipped: the Cigar Oasis Wi-Fi Attachment ($118).

It promised the ability to partner with a Cigar Oasis Next Generation humidifier to provide the user with the ability to view humidity and temperature levels online and the ability to change the humidity level of your Cigar Oasis unit via an app on your smartphone. In August, the attachment began shipping and I’ve now had over 60 days of experience with the product. 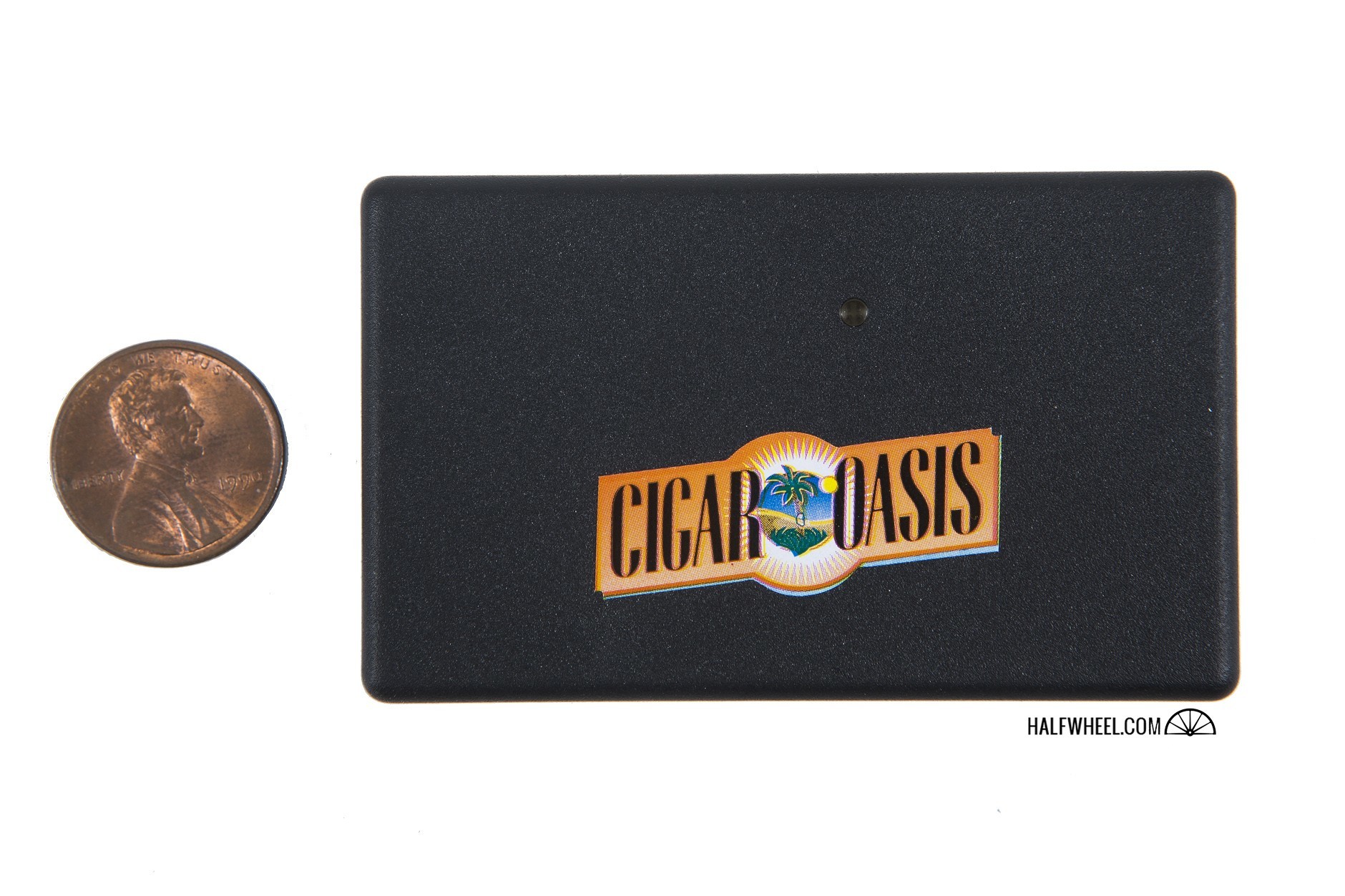 The unit ships in an extremely small box and as such is not very big itself. Inside is a small black rectangular plastic unit, a ribbon cable, an adhesive strip and various instructions. While I normally would prefer to just put things together based off how I think they would go, when it comes to these reviews, I use the included instructions as that’s a part of functionality, particularly with something like this. 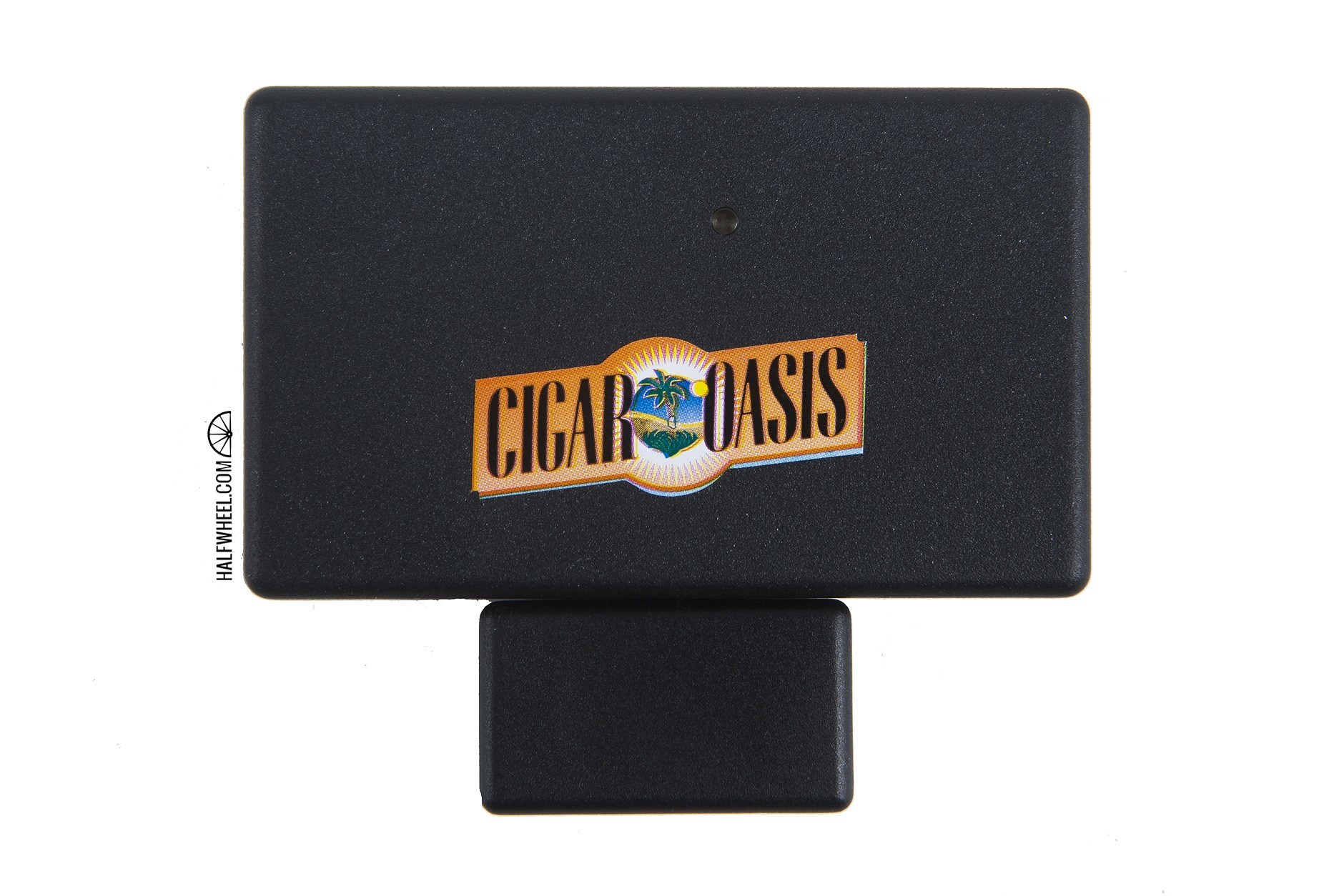 Hardware-wise, it’s a really simple concept: the Cigar Oasis Wi-Fi Attachment replaces the normal power unit attaching to the Cigar Oasis humidifier via a thin ribbon cable and attaching to a power supply using a Mini-USB cable. That goes over fine, but once I begin the software set-up, my unit is not showing on our office wi-fi network. The problem I had was that I used the ribbon cable that was included with the Excel unit and not the Wi-Fi Unit. They look identical, but there clearly is a difference in technical capability. 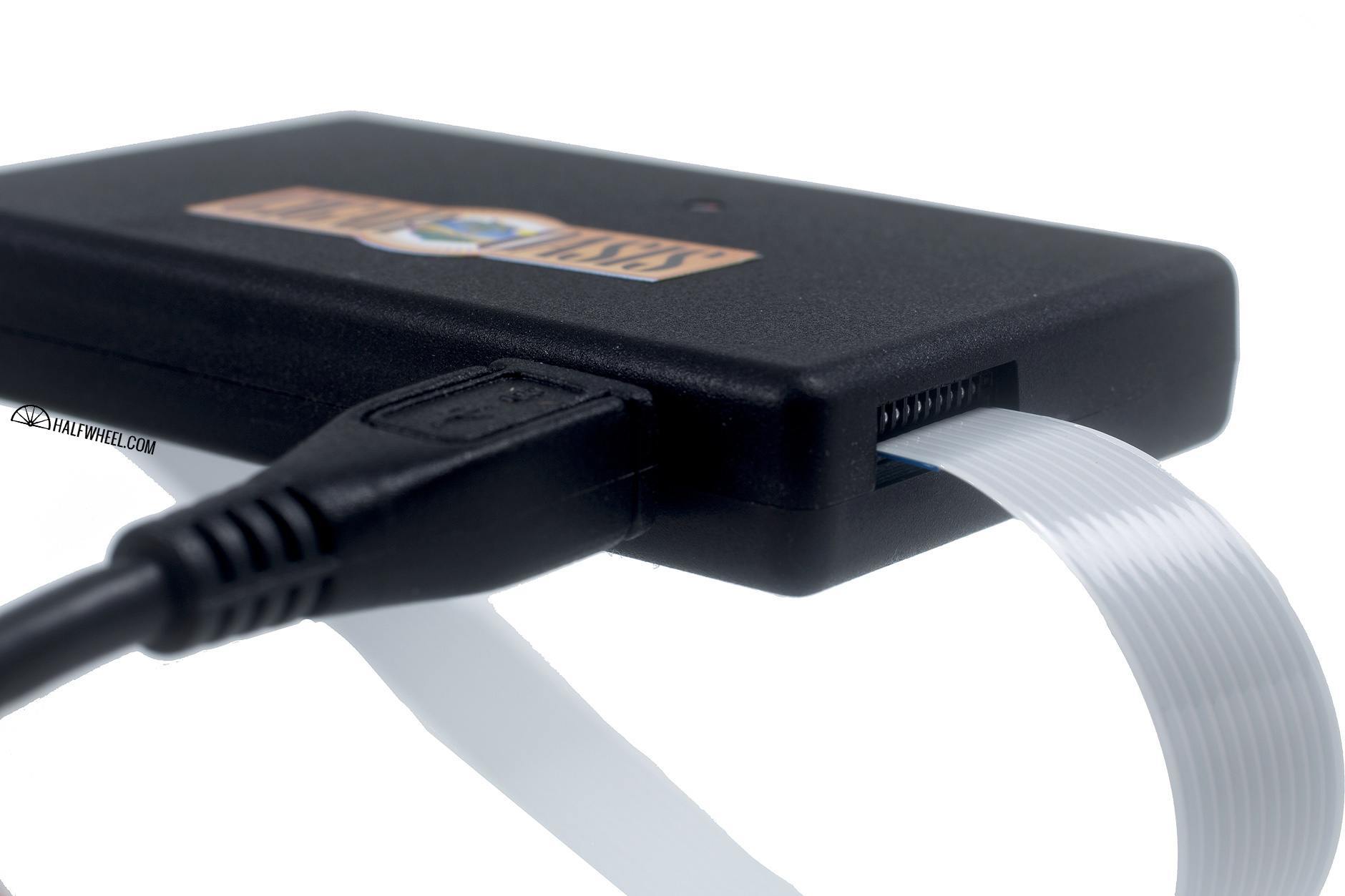 Once using the proper included cable, set-up went flawlessly. My best explanation about your humidifier becoming a device on your wi-fi network goes something like this: you establish an ad hoc network via your Cigar Oasis Wi-Fi Unit, you connect your smartphone or computer to the ad-hoc network (meaning your phone/computer is no longer connected to the internet via wi-fi), you then go a url that points you to a service called GainSpan, which finds available wi-fi networks. You then select the wi-fi network you otherwise use, enter the password and now your Cigar Oasis is on your wi-fi network. As for the free app, you download that once your Wi-Fi Attachment is connected to the internet. After downloading, you’ll need to create an account, which also allows you to see the data by visiting wifi.cigaroasis.com. You then pair it to your smartphone by entering the serial number of your device either by using your phone’s camera to scan the data or by entering the numbers yourself.

Both the app and the online web-app work quite well,  displaying humidity and temperature in separate graphs. On the app, you get not only the active statistics, but also the average, maximum and minimum humidity over a 24-hour period. Charts are recorded in one, three, seven, 14 and 30-day periods and you can go back and look at archived timestamps. The web app allows for the same data to be retrieved, although the charts can be adjusted for custom time periods.

I have one slight issue with the way data is recorded, which is that it only checks the humidity and temperature once per hour. The Cigar Oasis itself updates its screen once per minute, meaning oftentimes the reading on the app is different than the reading on the device itself, because the former is 30 minutes ago and the latter is live.

Annoying? Yes. But it’s not a downfall of the Cigar Oasis Wi-Fi Attachment. The Cigar Oasis Wi-Fi Attachment is a bridge, one that takes the reading of the built-in hygrometer on your Cigar Oasis humidifier to the internet. Doing that job, it works very well. But as far as accurately delivering your humidity readings online, the Cigar Oasis Excel we had did not do a very good of reading humidity.

I first used the Cigar Oasis in a small desktop humidor I used when testing the Excel, but I quickly realized it would be much better served acting as an internet-enabled hygrometer in one of our large cabinets. The cabinet already has a high-capacity humidifier that works quite well, so I placed the Excel on the second highest shelf, about four feet from the main humidifier and then continued my testing.

While there were slight fluctuations in the humidity records, largely I imagine due to minor temperature changes, I also noticed the humidity readings were high, a lot higher than the hygrometer that is in the cabinet ever reads. I eventually placed two other recently-calibrated hygrometers in the unit and once again, I saw a reading of 77 percent RH on the Cigar Oasis Excel and the mobile app, whereas 68 percent readings showed up on every other hygrometer in the unit.

Just to be sure, moved the Cigar Oasis into a closed container that we use to store are large 69 percent Bovedas. I placed another calibrated hygrometer in the container and waited. Once again the unit was 8 percent off. I then calibrated my Cigar Oasis Excel, which actually required multiple calibrations because the device can only be adjusted +/- 3 percent each calibration period. Very few hygrometers are perfect out of the box, but this is a fairly sizable gap.

As for alternatives, I was able to find a few other solutions. None are marketed at the cigar business and they vary in price and customer feedback greatly, but I think I will be testing the La Crosse Alerts D111.101.E1.WGB ($80) next as it seems like a good alternative for the application. I know of a few people that have made their own systems, something that is definitely far outside of my technical realm. The Cigar Oasis Wi-Fi Attachment works and it was both easy to set up and reliable in providing updates, the two things I imagine are the downfalls of many similar products, but it’s only as good as the Cigar Oasis humidifier you attach it to. After multiple calibrations, it’s better, still a percent off from two other hygrometers, but manageable. I still don’t see a justification for this type of device when storing 100 or so cigars, but if I was purchasing a Cigar Oasis Magna, the company’s cabinet humidifier, it would definitely be considered. Not only would the Wi-Fi Attachment be used in a cabinet setting, but the Magna is the only humidifier the company makes where the hygrometer is separated from the humidification system itself, undoubtedly producing more accurate results. While I think the device could provide more updates and be a bit more affordable (the Excel and Wi-Fi Attachment are around $200 together), it does work and at the moment, it’s the only device that’s marketed to cigar smokers that can provide this feature. So if you are in the market, calibrate your humidifier a few times and enjoy.

The unit for the review was sent to halfwheel by Cigar Oasis.