I do not have a lot of desktop humidors. It’s the nature of what happens when you smoke (and write about) cigars for a living, and your office houses gigantic cabinets full of premium tobacco. I do have some though, which means I’ve had to replace the normally terrible included black plastic and floral foam devices that come with these products. 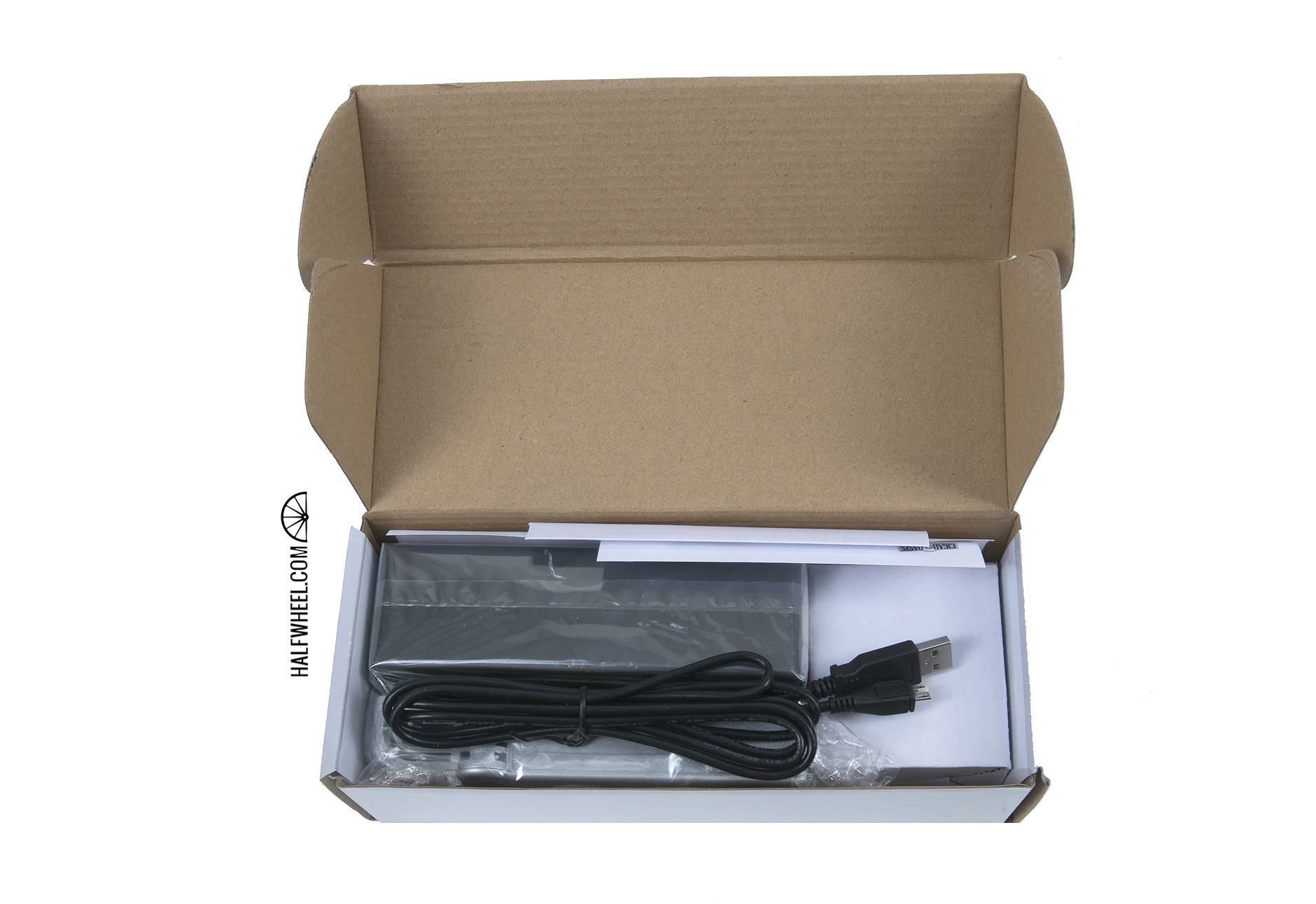 The good news is, lots of companies are making alternative humidification devices, one of which is Cigar Oasis. For the most part, that name is attached to a series of consumer-oriented humidification process ranging from the Cigar Oasis Ultra, a battery-powered device similar in size to the floral foam units, to the company’s larger Magna line, which can hold a gallon of water. 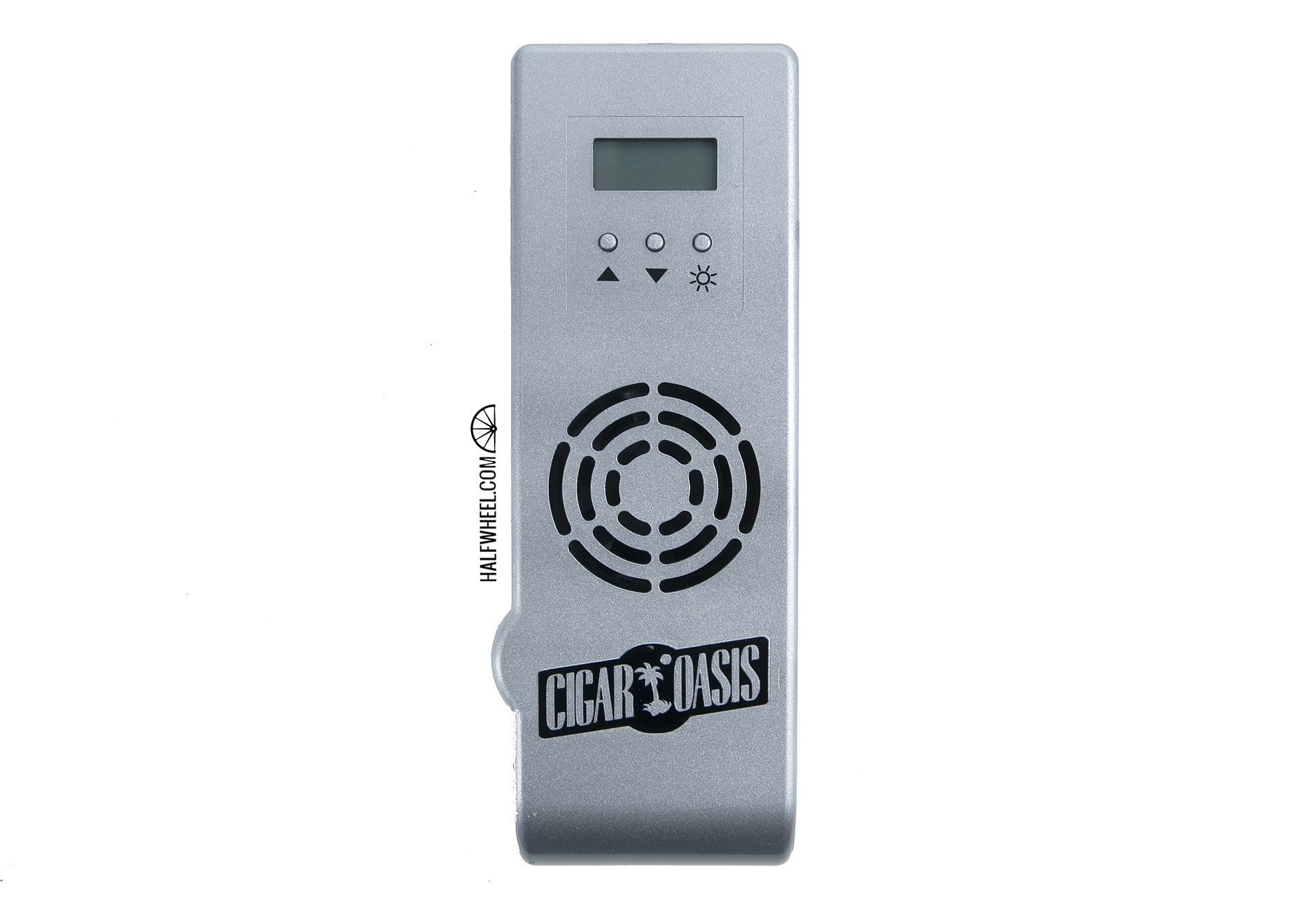 Today’s review is of the Excel ($120), a unit that embodies the image I think of when I hear the word Cigar Oasis. It measures six inches long, two inches wide and three and a half inches high—roughly about the size of four sticks of butter stacked on top of one another. There’s a refillable reservoir of water at the bottom, with fans and a control unit on top. The fans blow the humidified air that sits on top of the water throughout the humidor until the desired humidity is reached. A thin ribbon cable connects the unit to a power source, which is either a standard wall outlet or an optional battery pack ($20). For those with a bit of historic knowledge of Cigar Oasis, the older version of this unit was known as the Cigar Oasis XL.

The unit comes pre-filled and after a few months of testing in a seasoned and relatively full desktop humidor, I’d venture to guess that over half the water remains in the tank. It’s rated for humidors as large as 300-count, but the reality is with electronic humidification, you could probably use this in a unit twice as large with added circulation and the annoyance of refilling frequently. 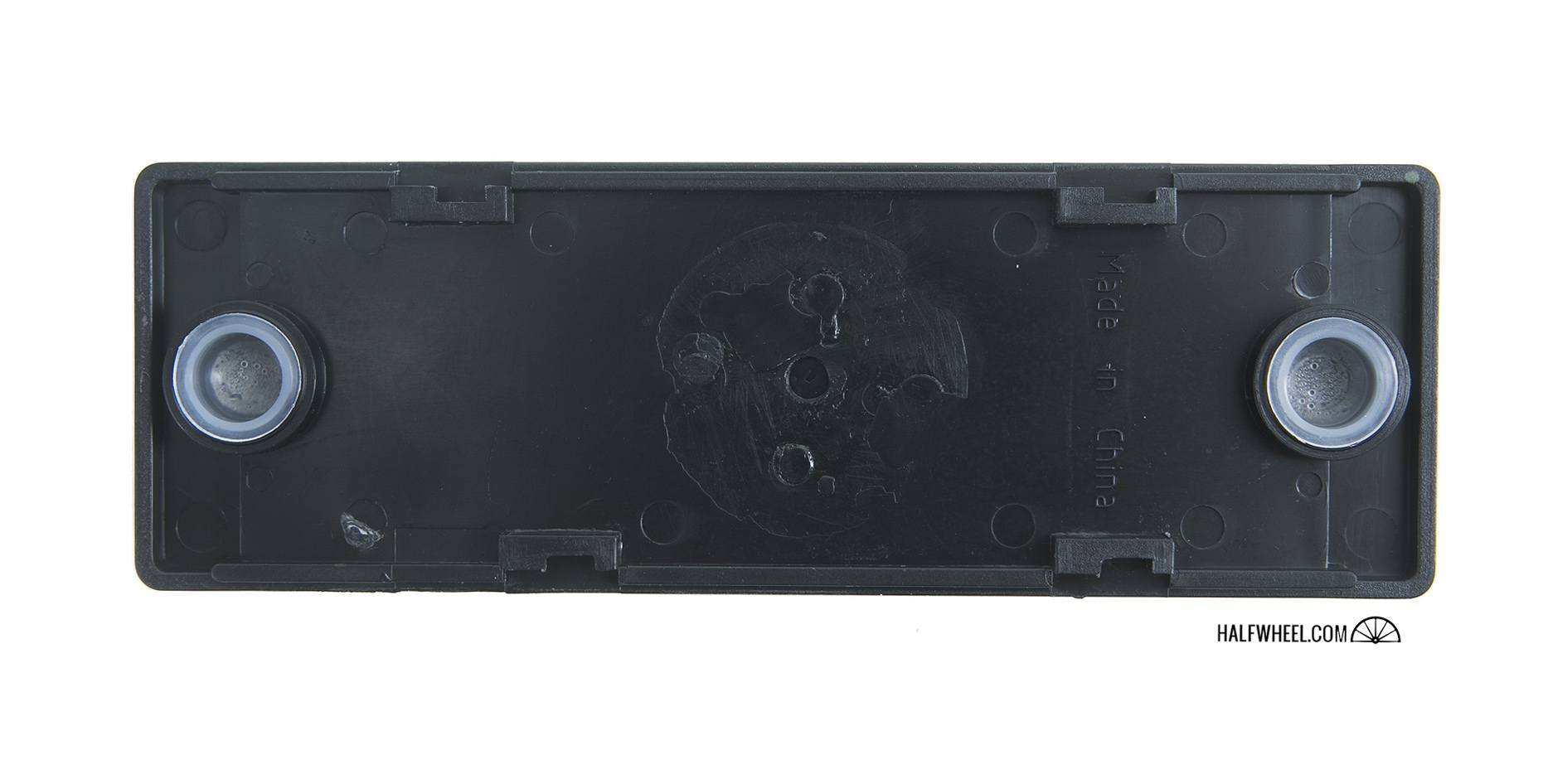 The somewhat bad news is set-up was far from intuitive. So, if you are like me and generally avoid reading the instructions, you will likely find yourself reading the included directions. The good news is that Cigar Oasis had made them very easy to follow and within a few minutes, I had the unit properly set up. I let the first humidor I placed the unit in dry out a bit and then placed the Cigar Oasis Excel in the humidor, it quickly kicked on and started working until the desired humidity was reached, and then the fan turned off.

A quick glance at the instructions again and I set the hygrometer to my preferred humidity level, as well as the various warning levels, which I also tested. While I try to turn off all beeping, it’s a great feature, particularly if you are using this in a drier climate. I also discovered my favorite feature of the control panel, the ability to tell the maximum, minimum and average for a three day period measuring both humidity and temperature. Seeing the temperature range is important, particularly in the Texas summer, and it’s a great feature—although once again, you are likely going to have to read the manual to understand how to do this as it is definitely not intuitive.

There’s an additional input slot for a non-included cable, the Wi-FI Module. The attachment was announced last year and is expected to begin shipping shortly. For $80, the device will connect to the internet via a wi-fi network and allow users to monitor the live status of the temperature, relatively humidity and battery life, as well as see graphs and receive alerts. The company is also expected to release an app for both Android and iOS.

I cannot speak to those features, as they are not out yet. What I can tell you is that the unit did everything it was supposed to, flawlessly. In an already-seasoned humidor in the middle of a Texas summer, it never felt like the unit ran much, but if I left the lid open, the Cigar Oasis Excel would turn on. Every time I glanced at the hygrometer in the unit, it was reading to my desired humidity.

In my larger cabinets, I use Aristocrat units, which are substantially more in price and stature, and definitely not designed for even the larger desktop humidifiers. There are three very similar alternatives to Cigar Oasis—Quality Importers’ Hydra brand ($75), Cigars International’s Humi-Care ($80) and Le Veil ($90). I’ve had no direct experience with any of the three. While the function and look quite similar, the one big difference will be the wi-fi module, which none offer at the moment. There are European models including Cigar Spa, which I have seen work fairly effective, and Hydrocase, although both suffer from higher prices and limited availability in the U.S. The list price of the Cigar Oasis Excel is $120, although you can find the unit for $100 without much difficultly. The prices listed for the alternatives are “street price”—not the list price, which is actually rarely available. 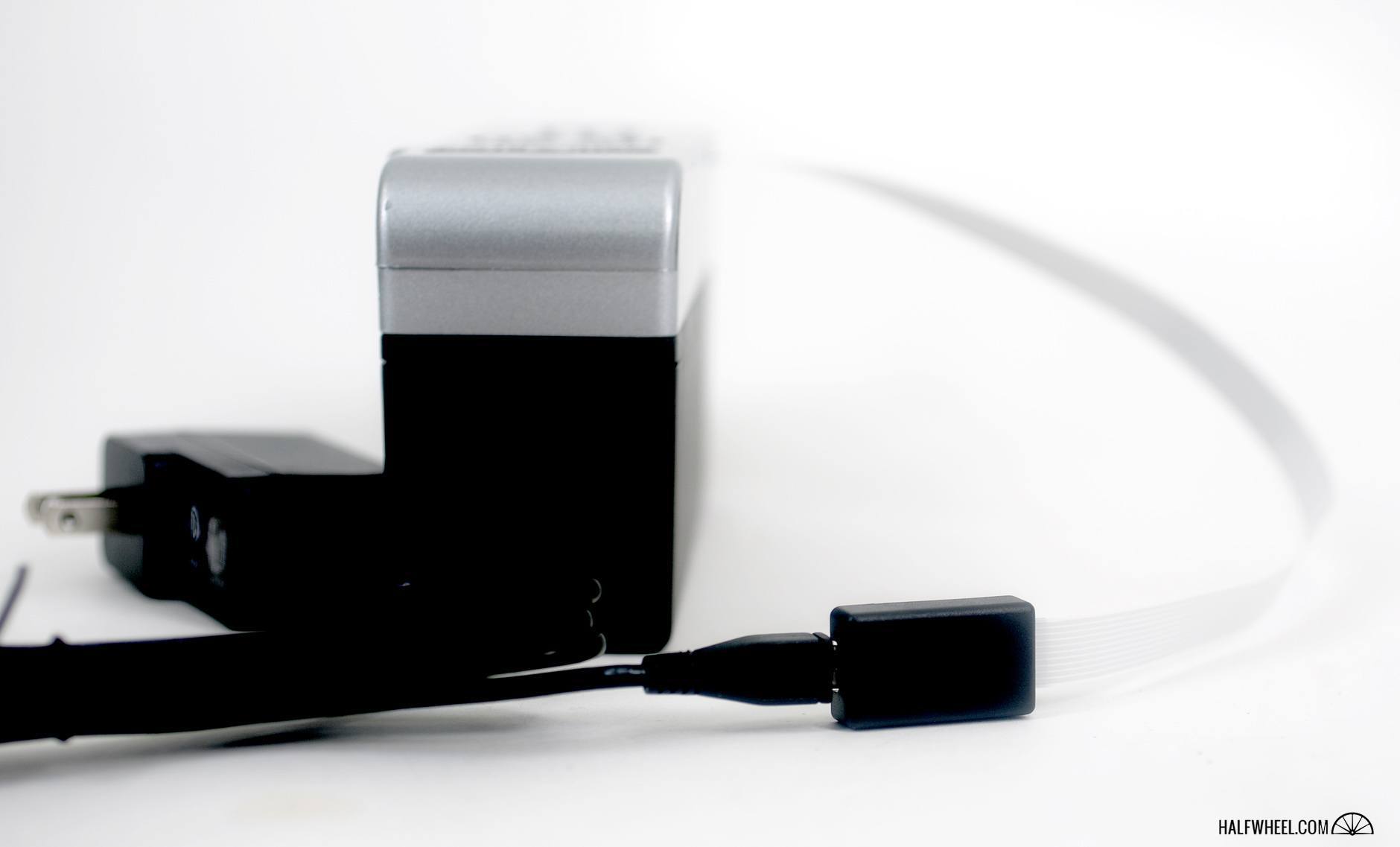 For most of my humidors, I use Boveda. It’s a bit expensive, and requires replacement, but it works well enough that I do not even use a hygrometer in most of my humidors. While it’s apples and oranges as far comparing, my preference from Bovedas over the electronic options are three-fold. First, Bovedas can actively remove humidity, which is good when you are in a high humidity environment. Secondly, the amount of space they take up is substantially less than the Cigar Oasis unit. Finally, they do not force the humidor to be near an outlet. It should be noted, the Cigar Oasis battery pack is not a substantial additional price and it also does not add to the space of the unit, rather, it removes some of the storage capacity for water. Even after a few months with a flawlessly working Excel, I’d still recommend Boveda packs for 150-count humidors or smaller. Yet, for 300-count humidors, Cigar Oasis is an economical alternative to the Boveda packs. The real selling point for the company will come with the wi-fi module, which if it works, will be a major selling point for the segment of the market that enjoys frantically tracking humidity. At $80, it would make the investment in the humidity element substantially more, but for most, there’s likely a lot more than $80 worth of cigars in the humidor.

The sample unit used for this review was sent to halfwheel by Cigar Oasis.