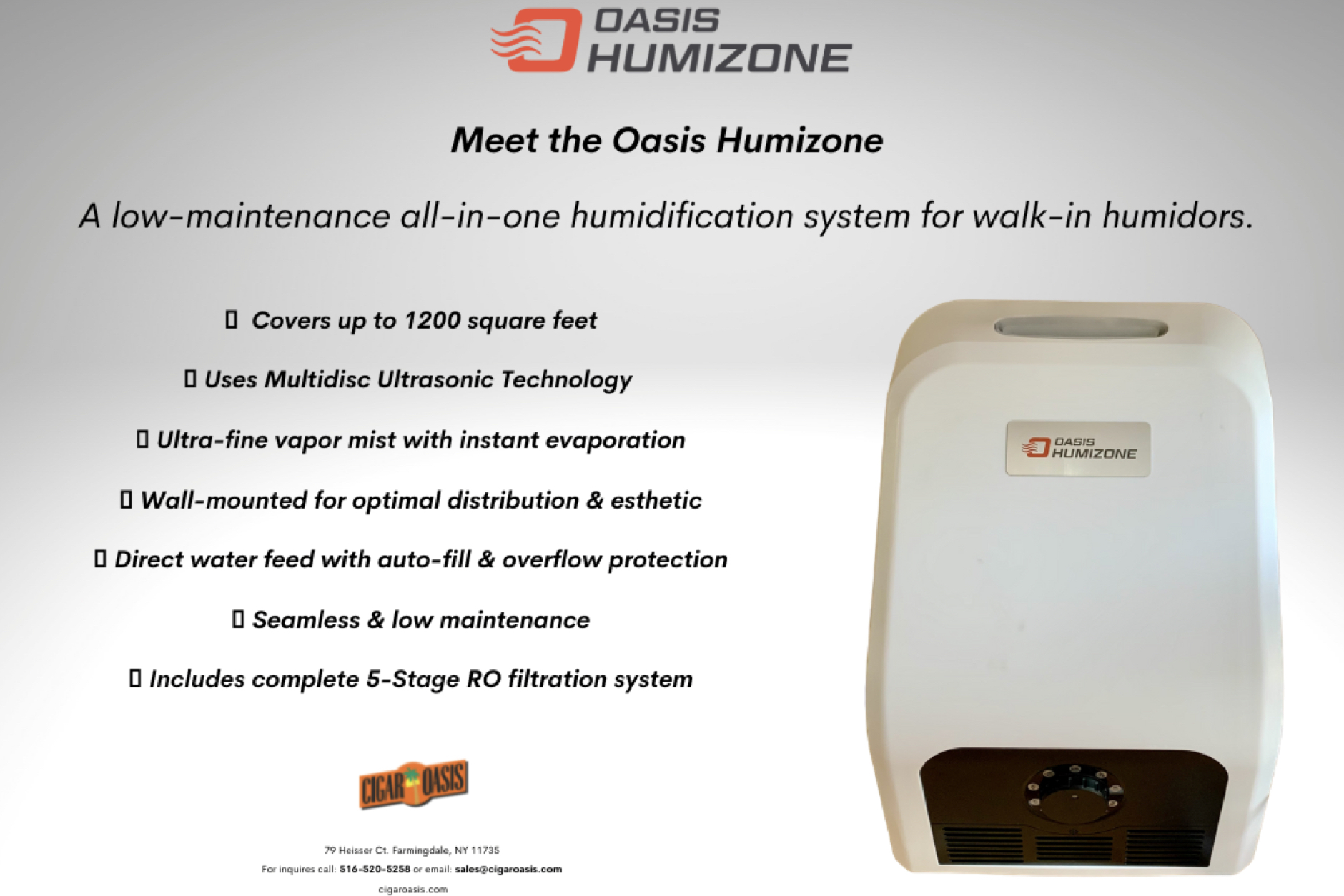 Cigar Oasis, known for its electronic humidifiers, is preparing to release its largest humidifier to date.

The Oasis Humizone ($1,499) is designed for large, walk-in style humidors that are found at cigar stores and some homes. Specifically, the model is designed for humidors up to 1,200-square-feet. It measures 14 inches x 8 x 21 and is capable of releasing up to 1 gallon per hour of moisture. It uses something called “multidisc ultrasonic humidification” which Cigar Oasis says can produce similar levels of humidity to regular ultrasonic humidifiers, but the individual droplets are smaller in size, better for evaporation.

It also comes with a variety of features including direct water hook up and a built-in reverse osmosis system, both designed to reduce the need to fill up the humidifier with one-gallon jugs of distilled water. Instead, the Humizone can be hooked up to a water line and includes an auto-fill feature that prevents it from overflowing. The company says the filters for the reverse osmosis system should last 6-12 months and can be replaced for around $60 using off-the-shelf components from Express Water.

One thing it won’t do is work with the Cigar Oasis smartphone app. The company says that when it was getting feedback from retail stores, it was told that the stores preferred a more affordable and reliable option versus a connected unit. One feature that is included for retail stores is an option to wall-mount the unit.

The Humizone’s history traces back to, at least, 2016 when Cigar Oasis showed off a prototype of a different, larger humidifier. That version of the Humizone was designed to integrate with an HVAC system, multiple sensors, and the Cigar Oasis app, it was also said to be priced around $3,000. It was never released and many of the details regarding the Humizone—size, price, features—have changed.

The Cigar Oasis Humizone will be on display at the 2021 PCA Convention & Trade Show, which takes place July 10-13 in Las Vegas. Cigar Oasis says the Humizone is in stock and ready to begin shipping.