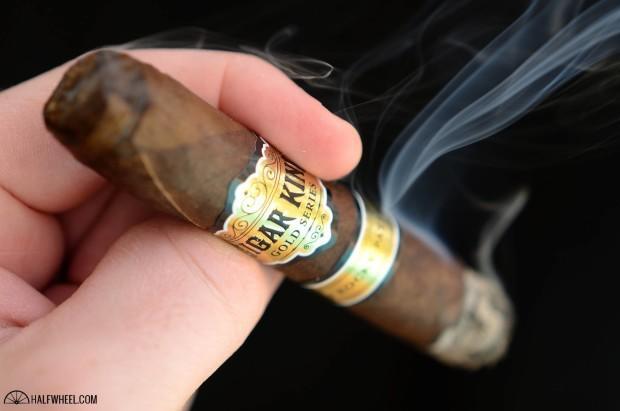 Cigar King in Scottsdale, Ariz., working with Rocky Patel, has released the third cigar in what they call their Cigar King Gold Series. There were two previous releases under the Gold Series name. The first being the Gold Series Lancero, which is 7 x 38, uses an Ecuadorian sun grown habano wrapper over Nicaraguan tobaccos, rolled at El Titan de Bronze in Miami, Fla. and was blended by Willy Herrera. The second Gold Series was called the Rocky Patel Cigar King Gold Series, which was blended by Patel and rolled at the El Paraiso factory in Honduras. It is a 6 1/2 x 52 toro, using Ecuadorian habano for the wrapper, a Mexican San Andrés binder and Nicaraguan fillers. This version was a limited edition, with 250 boxes of 20 made for the store.

As a follow up, owner of Cigar King Mitchel Hirsh worked with Patel to again create a limited edition toro in the series. Though the size and factory stayed the same as the previous release, the blend was new and the name was slightly different – Cigar King Gold Series II by Rocky Patel. 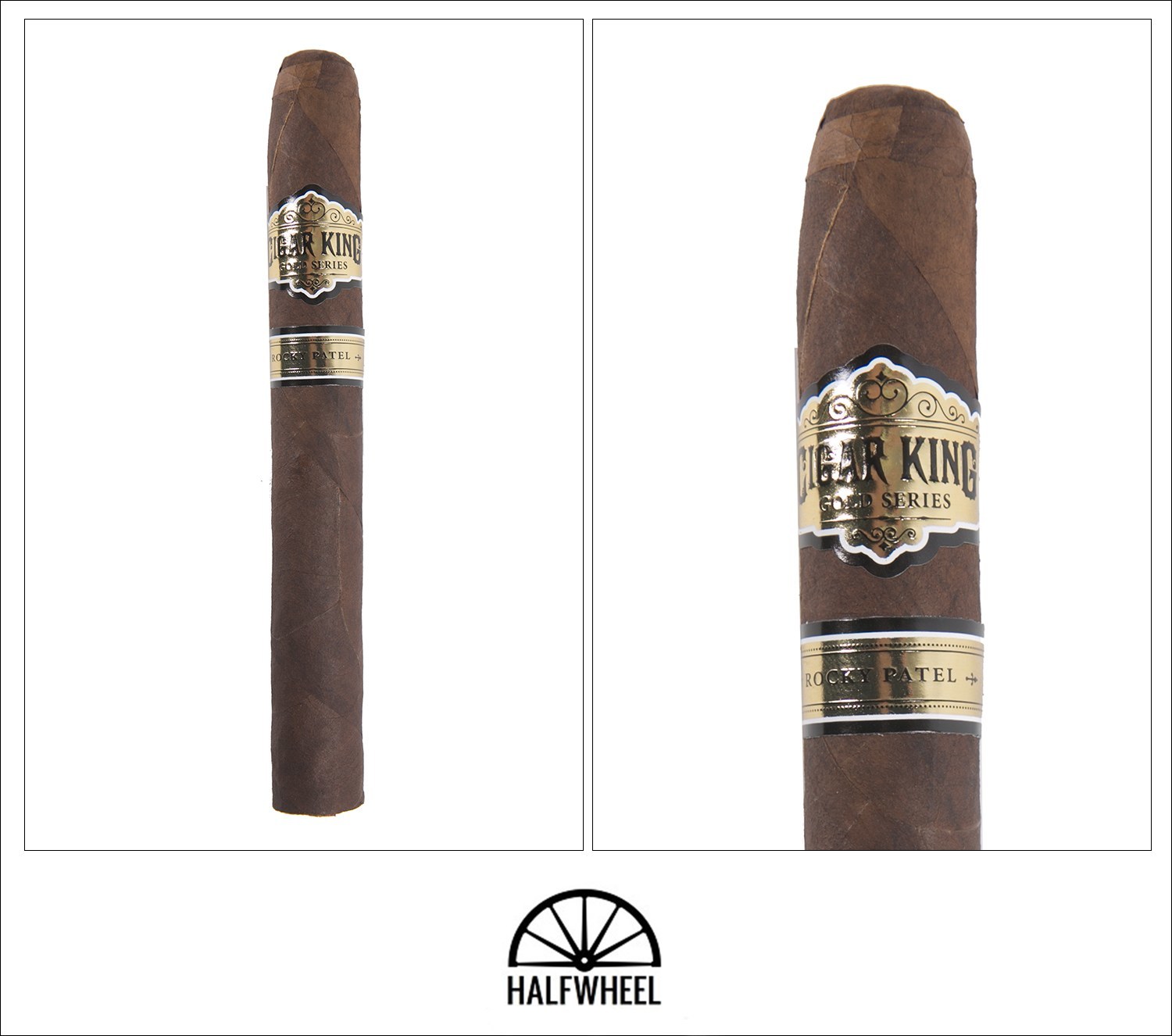 The Ecuadorian wrapper is dark, oily and is very smooth, though not what I would describe as soft. Squeezing the cigar there does appear to be a few minor soft spots towards the foot, but probably nothing that I need to worry about too much. The aroma coming off the wrapper is a very potent earthy aroma, with alfalfa and leather really dominating. While the cold draw is slightly earthy too, it is much more sweet with chocolate and hay up front and a spicy pepper that lingers on my lips.

Starting into the first third, black pepper, sweet peppers, cocoa, charred oak and a light caramelized sugar note make up the initial profile. Almost immediately I notice the burn isn’t cooperating at all, requiring a touch up not even an inch into the cigar. Suddenly there is a very interesting grilled pork note, that goes quite nicely with the caramelized sugar and charred oak. A vegetal herb-like note joins the profile, while at the same time I see the black pepper and sweet peppers fading almost completely. 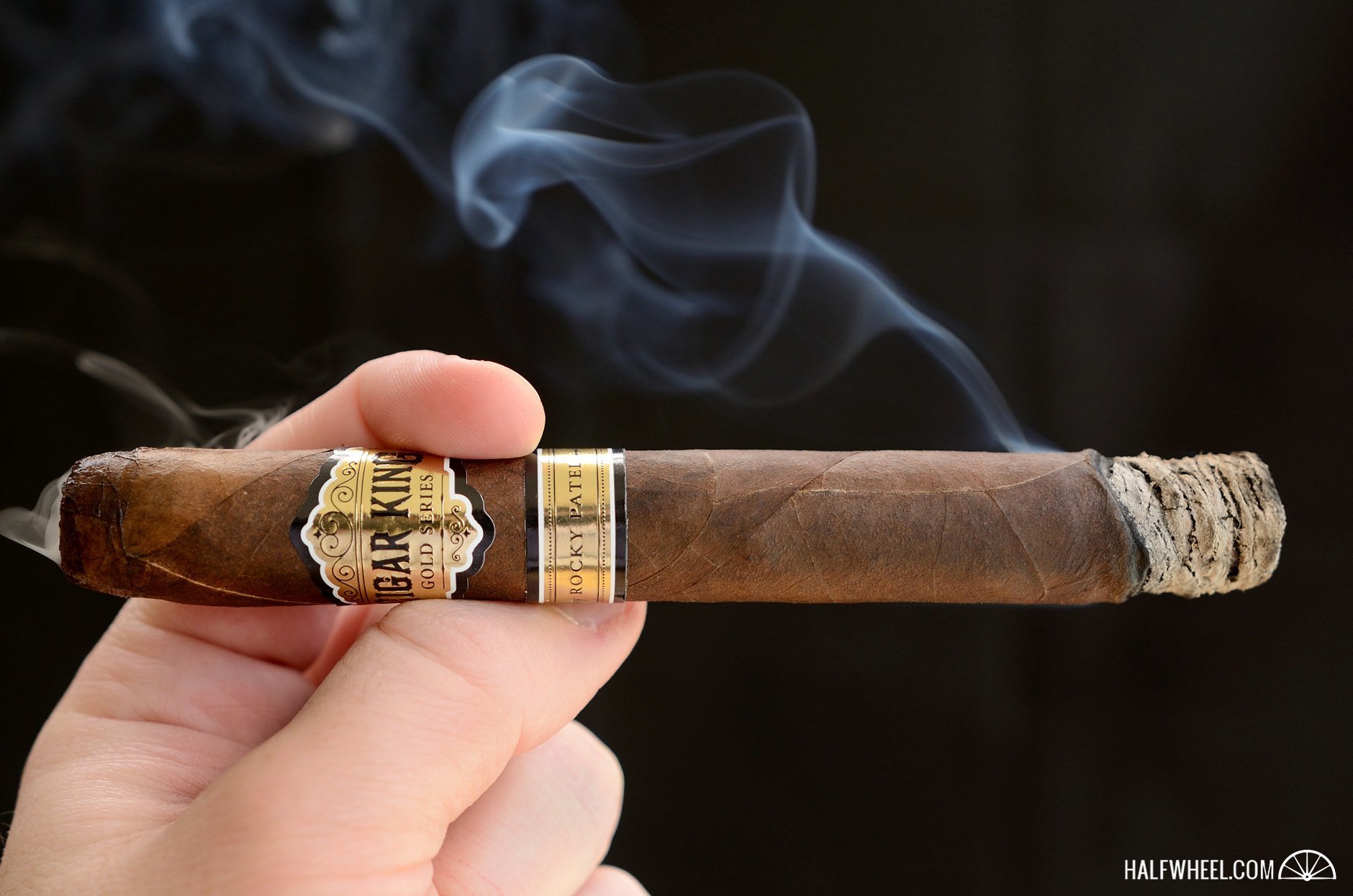 Struggling to stay even, another touch up is needed as I move into the second third. The profile continues as before, with sweet caramelized sugar leading the pack, followed by charred oak, and herbs with the grilled pork note and some cocoa hanging out in the background. Touching the cigar up again, I’m not sure if at this point the touch ups are affecting the profile or the uneven burn of the tobacco is, but a few harsh notes have interjected themselves into the mix, bringing the sweetness of the profile down a notch. 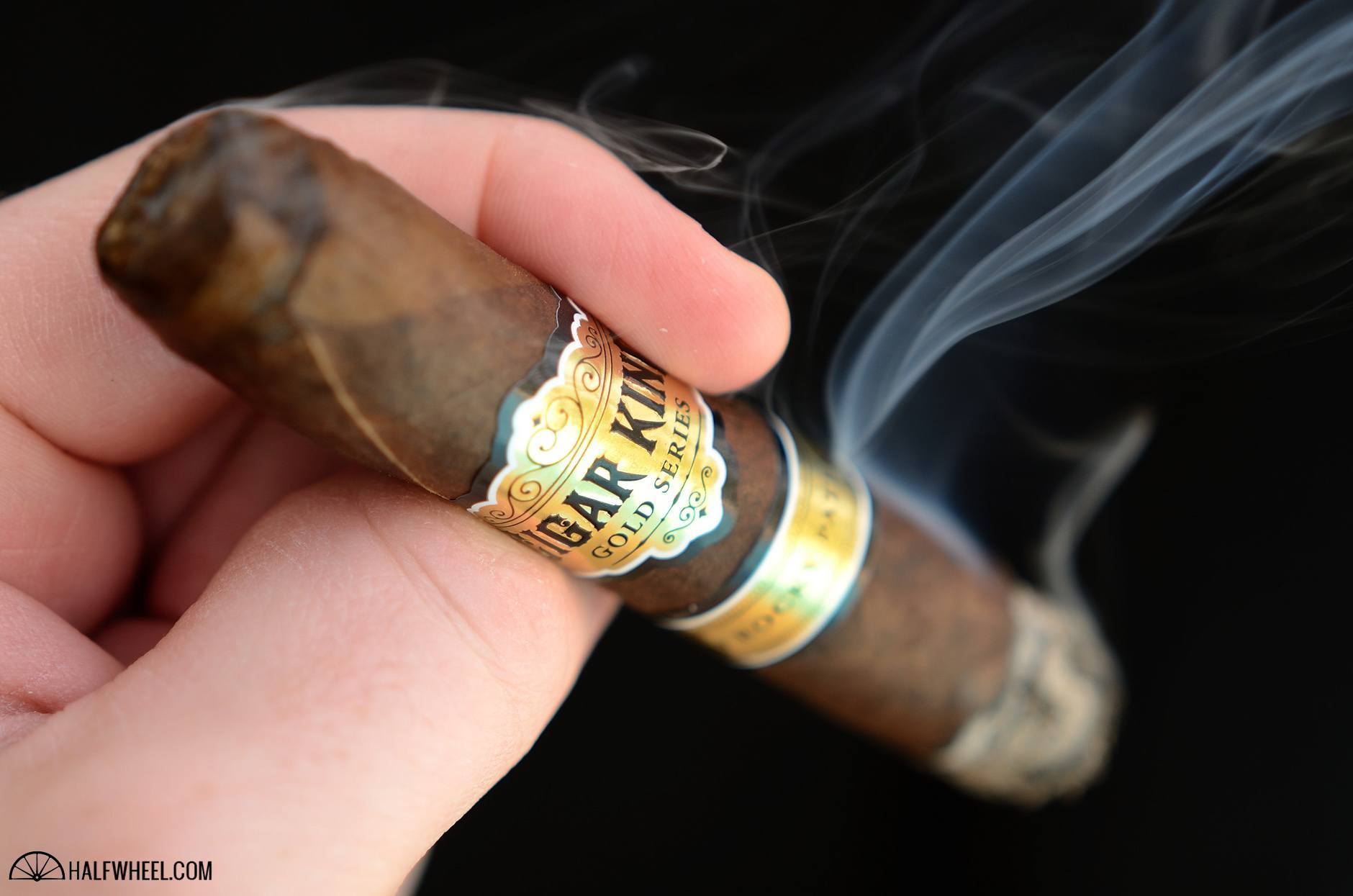 The final third starts seeing more bitter and harsh notes as another touch up is required. The caramelized sugar is now more of a burnt sugar note, with the same charred oak, herbs and cocoa continuing to try to find a perch among the harshness. The interesting and enjoyable grilled pork note is pretty much nonexistent at this point, but some black pepper has found its way back into the mix. 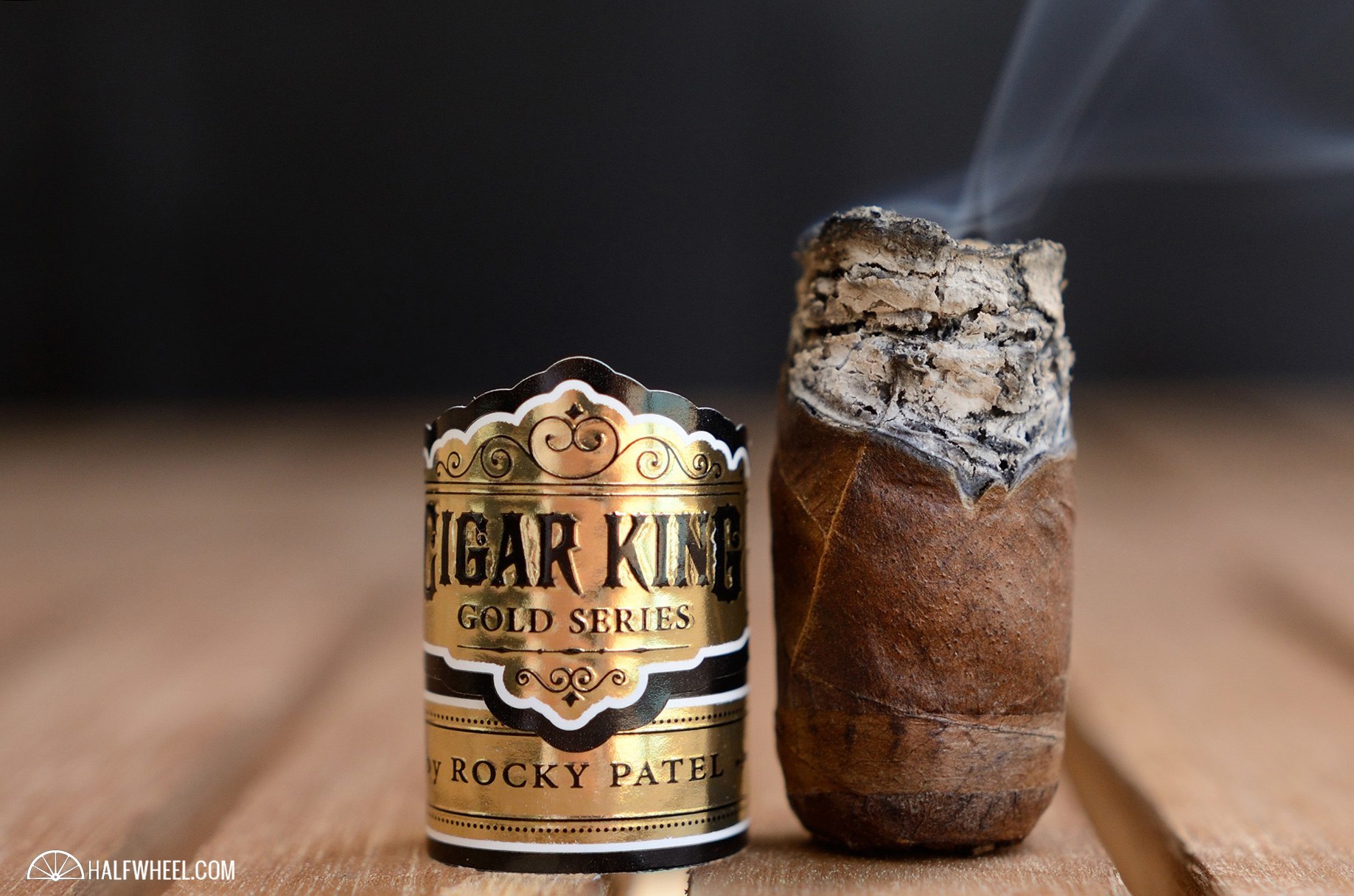 Without having smoked any of the previous Gold Series, I was going into the Cigar King Gold Series II without any expectations. The cold draw and initial profile really drew me in and was quite enjoyable, giving me hope that this was going to be a fantastic cigar. Unfortunately the burn problems started almost immediately, and were a prominent theme throughout the entire cigar. Interestingly enough they didn’t seem to really affect the profile until the last part of the second third, which did allow me to really enjoy the flavors as they were for the majority of the cigar. While the score will suffer since the formula we use takes into account burn problems, I still think this cigar was good enough that I can suggest grabbing a few of these to try out for yourself