While an announcement of sorts was posted on Cigar Golf Club’s Instagram page last June, along with plenty of photos of banded cigars throughout the year, it wasn’t until the end of the year that the brand formally launched. Headed up by Alexandra Plasencia, the aim was to share their passion of both golf and cigars with this brand. Plasencia had this to say about it:

Our focus is to ‘Share our Passion’ of golf and enjoy the taste of a premium handmade with the fellow golfers. Golf is not only a competitive playing sport to challenge yourself on the course, but it’s also the comradery, friendships and business relationships you build on and after a gold round while enjoying a handmade exclusive premium cigar.

There are five different blends, all coming in the same 6 x 50 toro size: 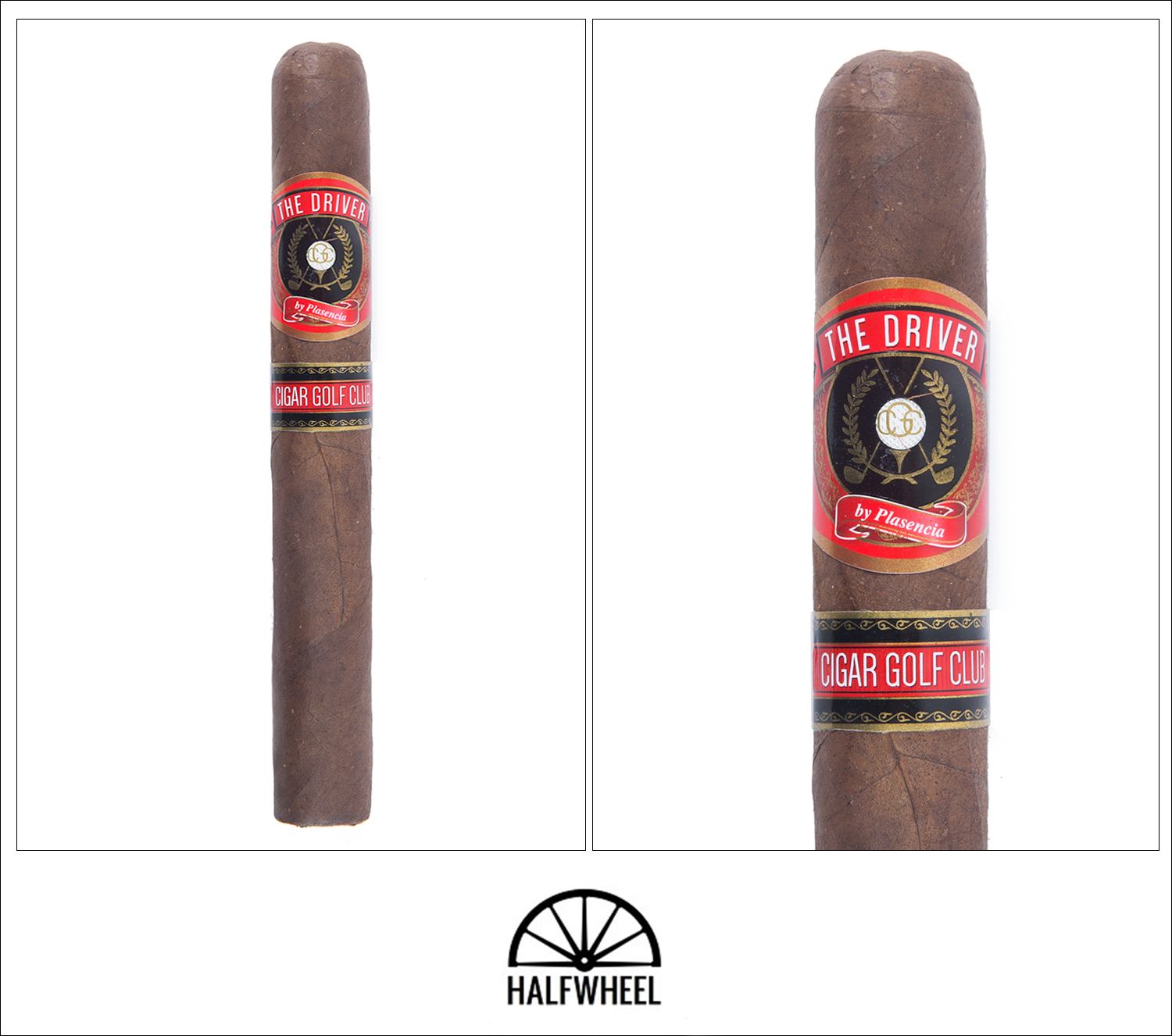 The Driver is a great looking cigar with a medium brown wrapper that is soft and oily to the touch. There are a couple of soft spots when squeezed, though nothing that worries me overly much. The aroma coming off the cigar is very potent, one that I start smelling before I even get the cigar close to my nose. Specific flavors of earth, cocoa and leather come off the wrapper, while the cold draw produces a rich mix of flavors that includes cinnamon, raisins, cocoa and a nuttiness that reminds me exactly of Cadbury’s Fruit & Nut chocolate bar.

Starting into the first third, I’m slightly disappointed that the candy bar-like cold draw didn’t translate into the lit profile, however spice, almonds, cinnamon and a light cocoa sweetness does make for an enjoyable taste. The burn is a little ragged starting out, but it seems to be trying to even itself up. Though the ash appears to be flaky and about to fall off at any moment, it surprises me by sticking around to almost an inch. There is plenty of smoke production with each draw as it’s right in the middle of ideal, allowing the flavors of the profile to envelop the area with a nice aroma. The spice has grown and the light cocoa note has faded, while the almonds, cinnamon and sweetness remain about the same. 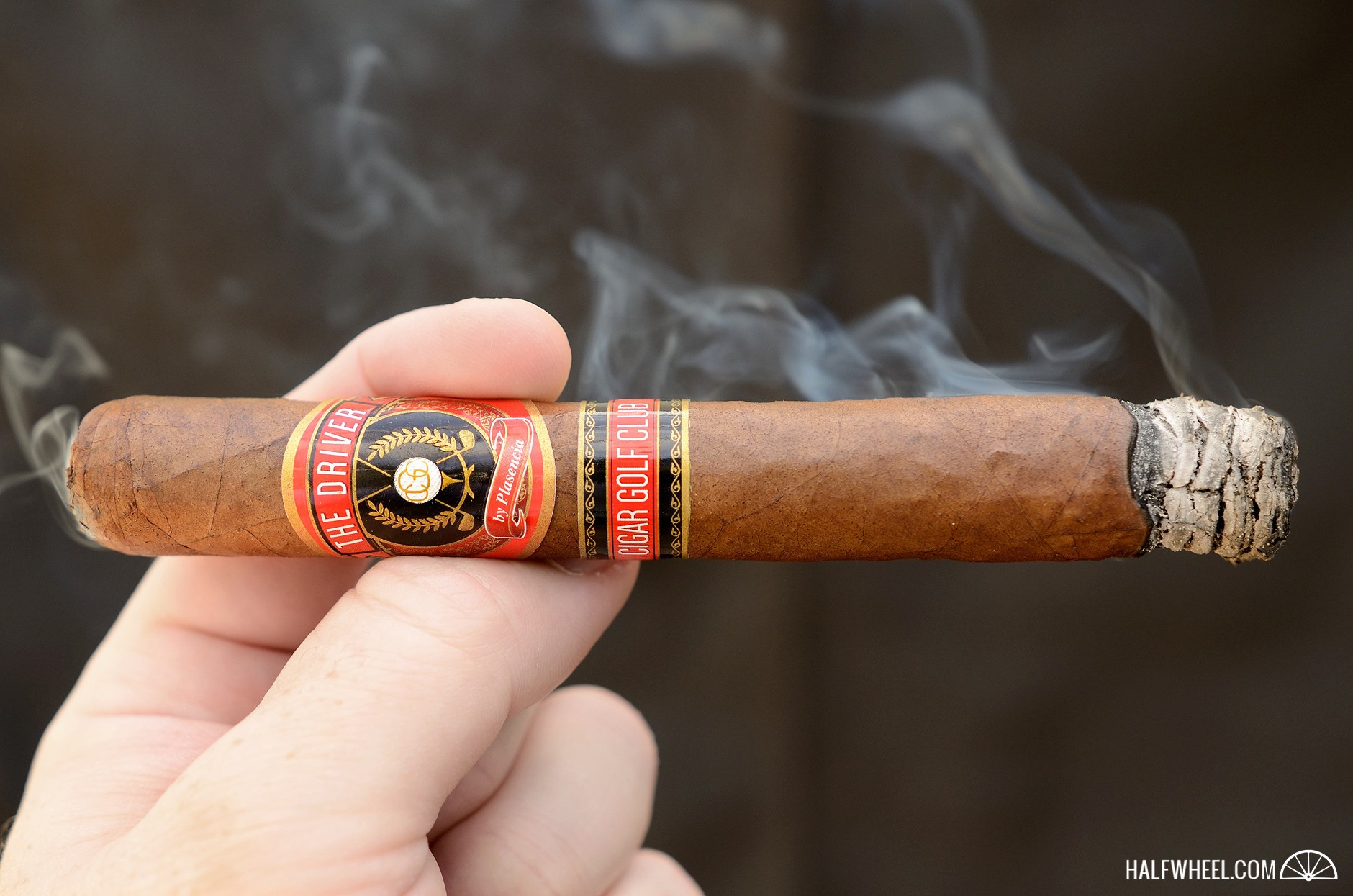 Moving into the second third there is only a slight change with the profile, adding a bit of earth and pepper alongside the cinnamon and almonds, while the spice note continues to lead. The burn has cooperated mostly up until this point, one section has left a significant spike of unburnt wrapper, requiring a touch up to get it even again. Earth has grown to join the spice up front, leaving the pepper, cinnamon and a more generic nutty note instead of almonds. The light sweetness has also faded, leaving the profile slightly unbalanced. 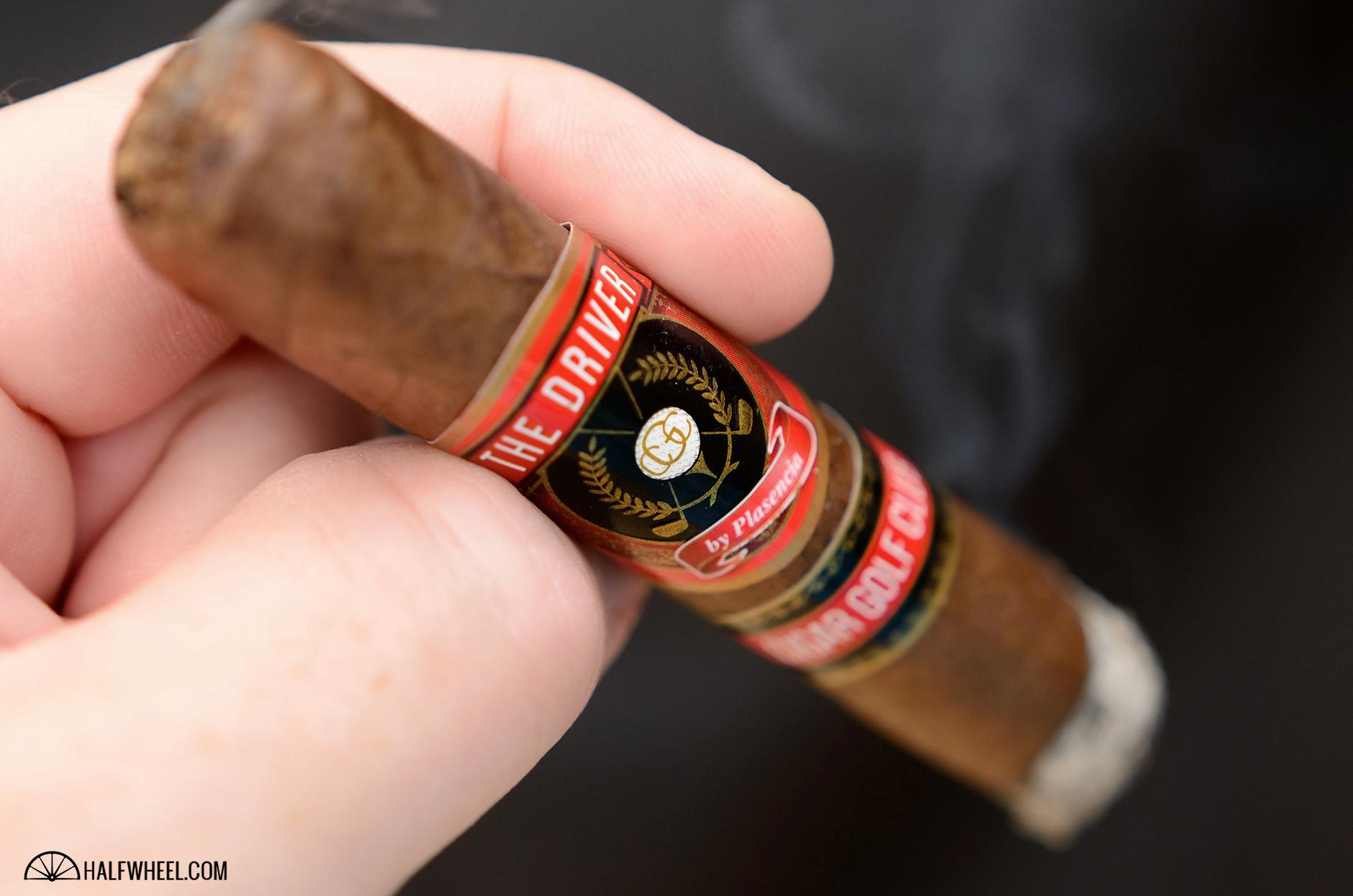 Moving into the final third of the Driver everything has seemed to level out with the earth and spice continuing up front, followed by black pepper, cinnamon, a light nuttiness and a touch of charred cedar. With about an inch and a half remaining about half the cigar stops burning, requiring a pretty hefty touch up. Interestingly enough, after the touch-up, the cocoa from the very beginning makes a reappearance, rounding the profile out and ending the cigar on a pleasant note. 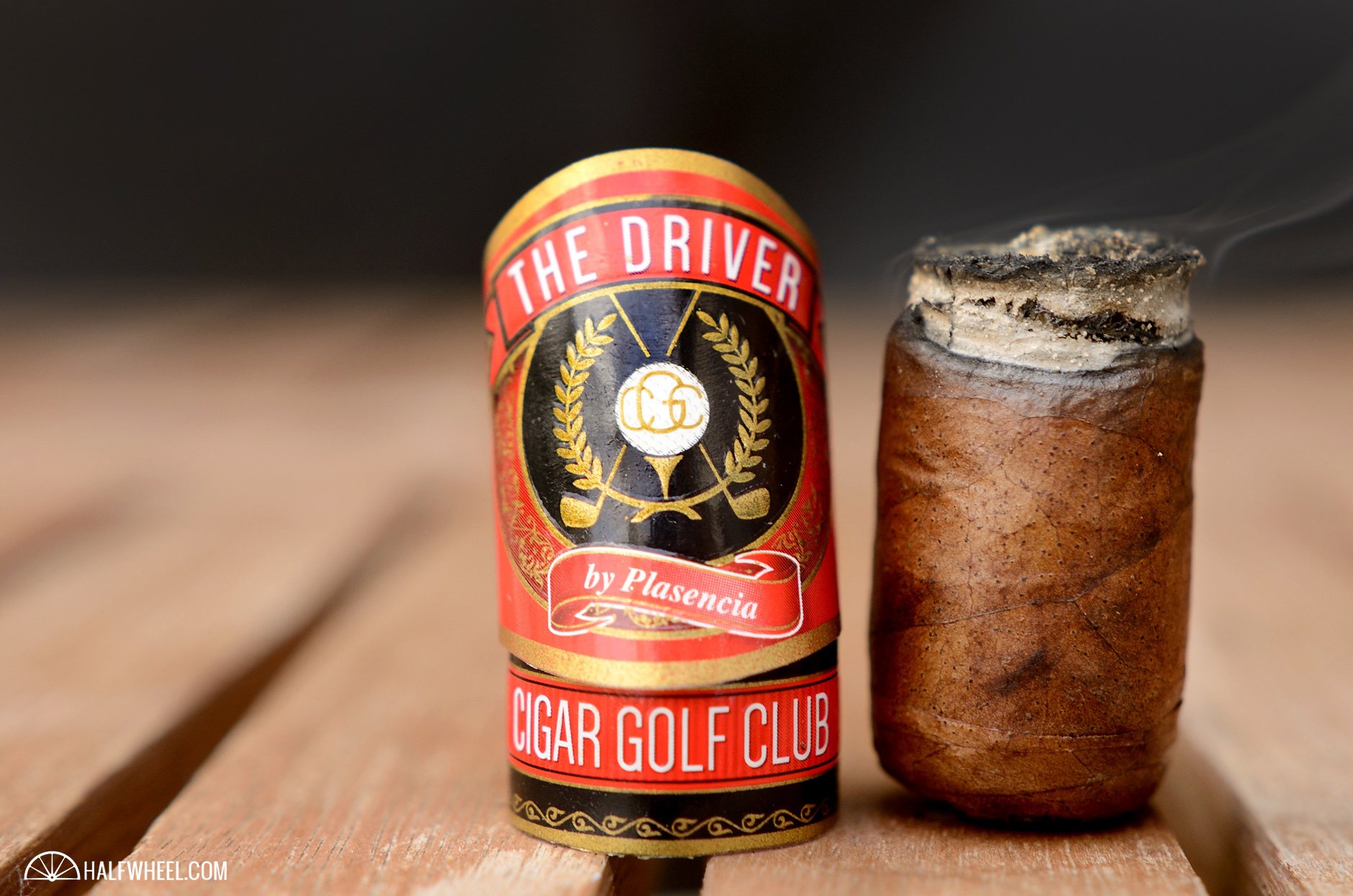 I enjoy golf and I enjoy cigars, and Cigar Golf Club isn’t the first to market their cigar specifically as a golf related smoke. What they have done however is create a blend with The Driver that would be enjoyable both on and off the golf course. Besides a few touch-ups and a dropped ash or two, my only complaint is the richness from the cold draw just didn’t translate into the lit profile as much as I wished it would have. The flavors all seemed to be there, but they just never lived up to the hype that the cold draw produced. Overall, The Driver was quite good though, and has piqued my curiosity to try the other blends from Cigar Golf Club. While I haven’t run across any of these in stores yet, if you do I can easily suggest picking up The Driver and trying it for yourself.