In February 2014, the website CigarFederation.com announced the launch of its first cigar, The Collective.

If you’re not familiar with the site, it was launched in October 2011 by Kyle Hoover, Chris Kelly and Alan Fonseca, a trio whose names you might otherwise know as the people that launched Ezra Zion. As they state on the site, the initial vision was “to create a multi-dimensional cigar themed site that featured the best parts of other sites that they enjoyed,” bringing together news, reviews, forums and social networking.

As Ezra Zion grew, including getting picked up for distribution by Gary Griffith’s House of Emilio, the trio’s attention needed to be focused more on that company, and while they maintain ownership of CigarFederation.com, the site’s day-to-day operations were turned over to Logan Lawler and Rob Rasmussen, who are known for their weekly online show CigarChat.

The launch of The Collective brings Hoover and Kelly directly back into the Cigar Federation mix as they handled the blending for the cigar, which was produced at Casa Fernandez’s Miami factory, the same factory that produced the company’s Tantrum line.

The Collective, which “pays homage to New Media and the online cigar community,” is a single vitola release, with the cigar measuring 6 1/4 x 52 in what is called a box-pressed Prensado vitola. This toro-like shape, though with a few tweaks to size, has become increasingly common in single vitola releases, having been used by My Father Cigars, CAO and La Flor Dominicana, among others. Between the fact that it is an easy vitola to roll and offers a midpoint of ring gauges, it is often seen as having the most widespread appeal to consumers.

One of the biggest areas of growth for Cigar Federation was the addition of an online store that sells a number of boutique cigars, including the entire House of Emilio portfolio.

News of the launch caused a good amount of eyebrow raising as to what could be seen as conflicts of interest, with a site positioning itself as a news site also runs a store, and said site is distributed by a company owned by a person who is also a retailer and whose stores are fulfilling the site’s orders. While it should be made clear that this is not an accusation of any less than ethical activity, it does create a complicated web of connections that could lead a person to certain conclusions. I’m a bit taken back by how bumpy and textured the wrapper leaf is; it’s about as far from smooth as I can remember and evokes memories of the Cuban peso sticks I reviewed a while back. The texture is also borderline foreign: dry and almost rough, with a fine grit texture but also the bumps of the veins sticking out. It feels uniformly filled and there isn’t much give in the cigar, with the box-press holding its shape well. The pre-light aroma is an engaging introduction to the cigar, with a tangy and complex offering that calls to mind tree bark along with a deep and complex fruit sweetness. The cold draw on the first cigar is incredibly loose and offers hardly any resistance, with a bit of cold meat and black pepper as the standout notes, with the second and third cigars’ draw a bit better though less distinctive notes.

A hot and peppery note leads things off with The Collective, with notes of earth following behind the biting pepper note. There is also just a touch of sweetness lingering in the very background that is vastly overpowered but seems destined to push its way forward. The difference between the cigar with the overly loose draw and those with a preferred level of resistance is substantial, as the richer notes of soil stand out much better in the latter, particularly once the initial pepper hit dies down, after the first half inch or so and gives space for some more delicate baking spice notes. The complex fruit sweetness starts to come out more and more with each puff until it is strong enough to stands on its own, which is fantastic in the aroma of the cigar. The technical performance has been satisfactory to this point with a good amount of smoke and a burn line that stays fairly even if not particularly sharp. There is a duality of sweet and peppery that starts the transition to the second third as the earth note has backed off a bit and the cigar loses some of the upfront gruffness it had earlier. With its robust base notes gone, the spots where there are pepper and spice stand out a bit sharper, though lack real firepower. The sweetness continues to be a notable part of the equation, and at times seems to combine with a meat marinade note that has me thinking of something used to make beef jerky. Just shy of the midpoint The Collective develops a one-two punch of pepper between the palate and nose, with the latter getting the brunt of things. Wood comes into the aroma, and the smoke turns a bit thin and a bit sharp in the transition to the final third, with a lingering sting of pepper on the tip of the tongue. The burn line struggles to maintain perfect straightness but never gets too far advanced on one side or another, while the ash holds on well provided there aren’t any sudden movements or accidental taps. There doesn’t seem to be much in the way of flavor changes in the final third, with The Collective leaving me with few notes on it through the first two cigars. After a largely enjoyable first two thirds, the flavors seem to settle down substantially, with the earth note returning and the overt pepper notes much more subdued. The sweetness that carried the cigar so well in the second third has been almost completely removed, with the last two inches or so void of any significant flavor progressions or transitions. It’s an acceptable if somewhat underwhelming finish, save for a few baking spice notes that pop out from time to time and remind the palate and nose of what the cigar had offered previously. 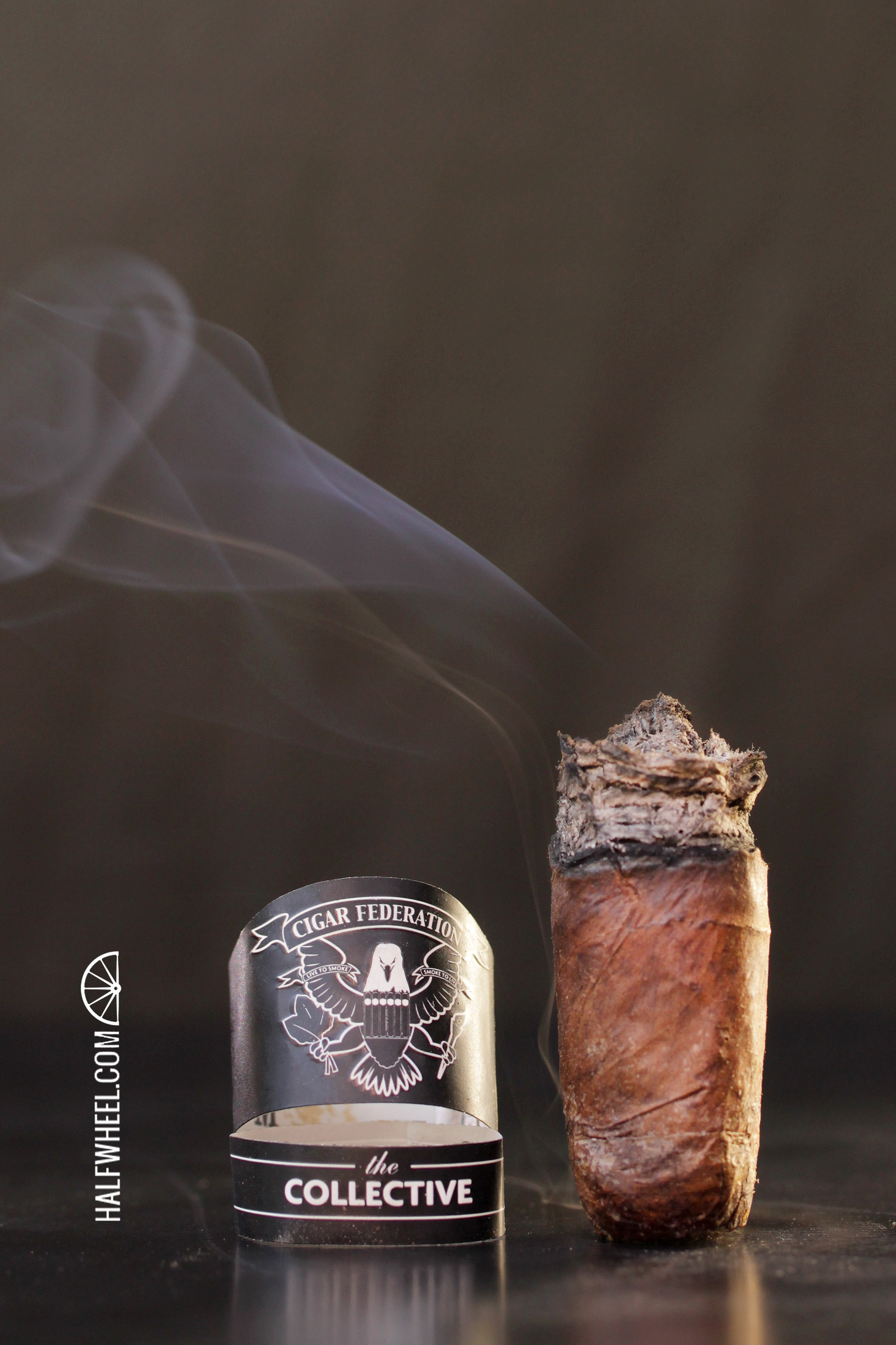 To say I was underwhelmed by the first two samples of The Collective I smoked would be a fair assessment, and had it not been for the final cigar delivering a much better draw and pronounced flavors, I don't know if the score would have been what it is. The Collective earns favorable marks for the sweetness that was plentiful in one cigar but not as much in the other two, while the earth notes seemed to overstep their bounds at times and brought a touch too much roughness for my liking. It's a cigar worth trying, though when held in comparison to some of the other projects that Ezra Zion has released, seems to fall a bit short.