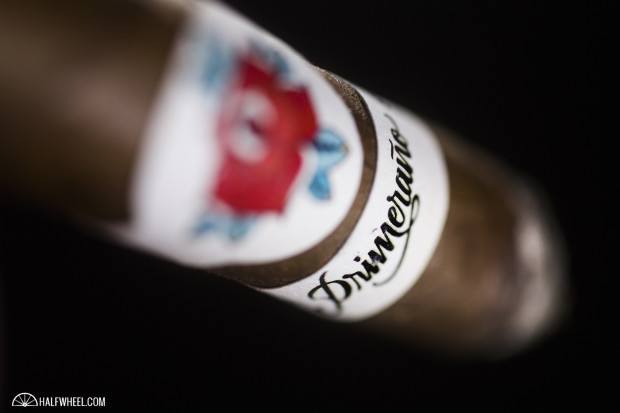 In November 2015, Chogüí Cigars celebrated its one year anniversary, and as cigar companies are wont to do, commemorated the occasion with a cigar. Measuring 5 1/2 x 46, the new corona gorda was named Primeraño, a moniker based off primer año, which is Spanish for first year. According to Chogüí’s founder Victor Nicolás, Primeraño draws inspiration from the Dominican tradition of men buying their girlfriends flowers after the first year of dating.

As for the blend, the Chogüí Primeraño is based off of a test blend for the company’s Primera Edición. It is covered in a Dominican HVA wrapper and incorporates a Dominican criollo 98 binder as well as filler tobaccos from the Dominican Republic, including some of the same habano 2020 tobacco that was used in another of the company’s releases, Dos77. Only 200 boxes of 10 were produced, and each cigar carries an MSRP of $9. As is the case with the other releases from Chogüí,  Primeraño was produced at an undisclosed factory in Tamboril, Dominican Republic. The cigars are packaged in Chogüí’s normal branding and include a huge sticker. Although it is 5 1/2 inches long, the Chogüí Primeraño still feels quite petite in my hands, and is covered in a reddish brown wrapper that is extremely rough to the touch, almost reminding me of sandpaper. There is almost no oil present that I can see, and the cigar is a bit spongy for my tastes when squeezed. Aroma from the wrapper is a combination of strong barnyard, hay, dark chocolate, manure, almonds and pepper while the cold draw brings flavors of leather, anise, espresso beans, dark chocolate and slight generic sweetness.

The Chogüí Primeraño lights up easily and starts off the first third with dominant flavors of both leather and ground coffee, with other notes of anise, powdery cocoa, grass, earth and cedar fighting for their place. There is some interesting saltiness on my lips, and I am tasting some slight citrus on the finish, combined with some milk chocolate sweetness on the retrohale. Despite the sponginess when I squeezed it, the draw is excellent and the burn is close to razor sharp so far, while the smoke production is above average. Strength-wise, the Primeraño seemed to start off with a bang, but ends up at a point just under the medium mark but the time the first third comes to close. 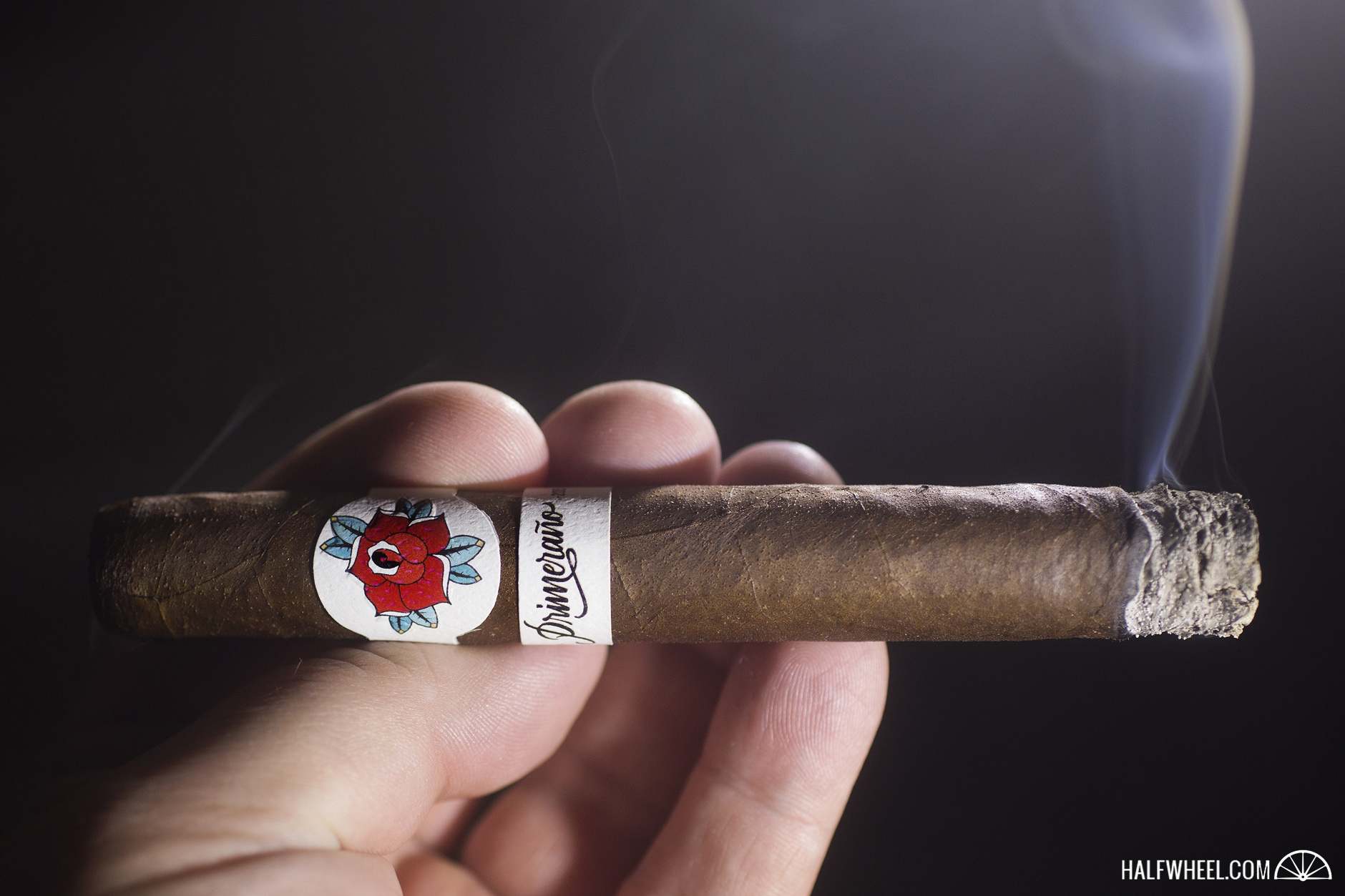 Unfortunately, the great milk chocolate sweetness that was so obvious on the retrohale in the first third begins to wane by the time the second third starts, and is almost totally gone by the halfway point. A more generic creamy cedar notes takes over the dominant spot in the profile, along with other flavors of leather, cedar, bread, hay, peanuts and cocoa, but none of them are even close to as distinct as the flavors in the first third. There is very little sweetness present, but there is a bit more pepper on the retrohale, and the saltiness from the first third is still noticeable as well. Construction-wise, both the burn and the draw remain wonderful and the smoke production remains high as well. The overall strength easily hits a solid medium by the halfway point, but seems content to remain at that level for the time being. The final third of the Chogüí Primeraño is almost a carbon copy of the second third, with the same creamy cedar at the forefront of the profile, followed by notes of peanuts, sawdust, leather, yeast and powdery cocoa. There is still very little sweetness on either the retrohale or finish, and the pepper that was present has receded noticeably. Both the burn and draw continue to impress until the end of the cigar, and the smoke levels are still well above average. The strength refuses to budge, and ends up remaining at a solid medium level when I put the nub down with less than an inch to go. 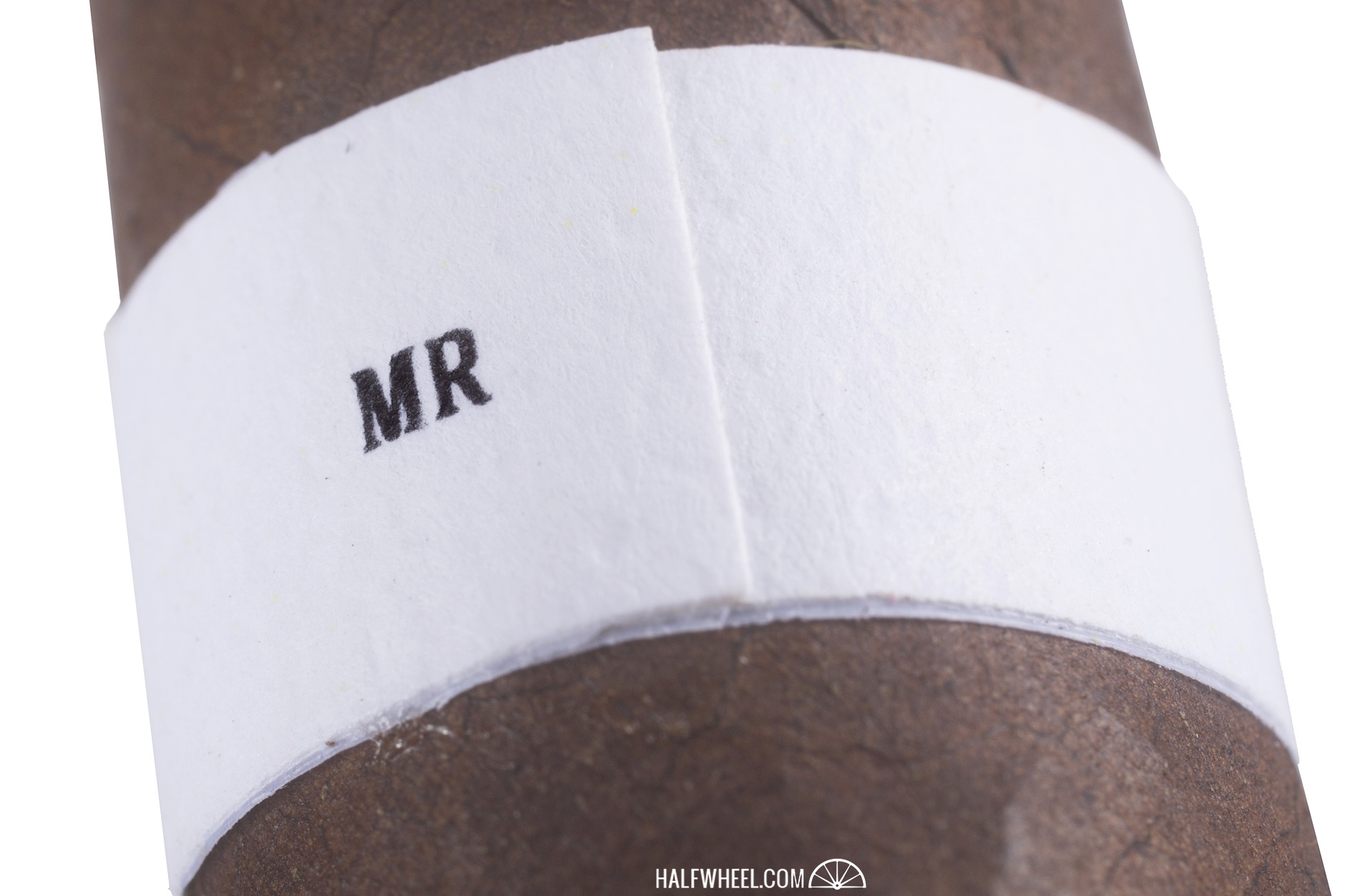 After Charlie's review of the Primera Edición and Patrick's review of the Chogüí Dos77 Rogusto, to say I was looking forward to this cigar was somewhat of an understatement. However, after smoking three of the Chogüí Primeraños, I can definitely say that the newest release left a little to be desired compared to what I read about the company's first two releases. While the first third on each of the samples was far and away the most interesting and complex of the cigar, the flavors in the final two thirds become increasingly less distinct as the cigar burned down. If the profile had continued down the same path as the first third, the score would have been significantly higher, but even with that qualifier, the Chogüí Primeraño is an easy cigar to recommend.