“The one with the gold diamond on it.”

That is how I often tell people about Cavalier Genève cigars and its distinctive diamond gold leaf logo that is placed directly on the wrappers of the company’s cigars. According to the company, the idea was thought up by Eylin, the wife of brand owner Sébastien Decoppet, and the designs are made up of 24-karat edible gold that are designed to melt onto the ash and leave a distinct look on the cigar when the burn line passes through it.

Debuting with five different vitolas at the 2017 IPCPR Convention & Trade Show, Black Series II was the third line from Cavalier Genève, but it also had the distinction of being the first brand from the company to include box-pressed cigars.  The blend is made up of a Mexican San Andrés wrapper covering Nicaraguan tobacco used in both the binder and filler.

A “small batch” release in the same line was shipped to retailers in December 2019, specifically a 7 x 38 lancero that was the first vitola under the Black Series II brand to be round instead of box-pressed. The lanceros were priced at $8.50 each and packaged in boxes of 20 and also happen to be the only vitola in the line so far to not have a thin black secondary band that reads Rhein 1905, which pays tribute to Tabak Rhein, a Geneva, Switzerland-based retailer Cavalier Genève acquired in 2017.

There have been seven vitolas released in the Black Series II line so far:

Here is what I said in my first review:

After smoking three samples, the Cavalier Black Series II Lancero seems to have quite a few things going for it, including a flavorful, well-balanced profile full of dark chocolate, cinnamon and floral notes as well as overall very good construction. While we don’t factor prices into our scores, I would be remiss to not mention the fact that this release—as well as the other vitolas in the line—are extremely well-priced, especially when considering the fact that each one includes actual 24-carat gold on it. In the end, the newest Black Series II release from Cavalier is easily worth tracking down to try for yourself, if you can find a retailer that is selling them. 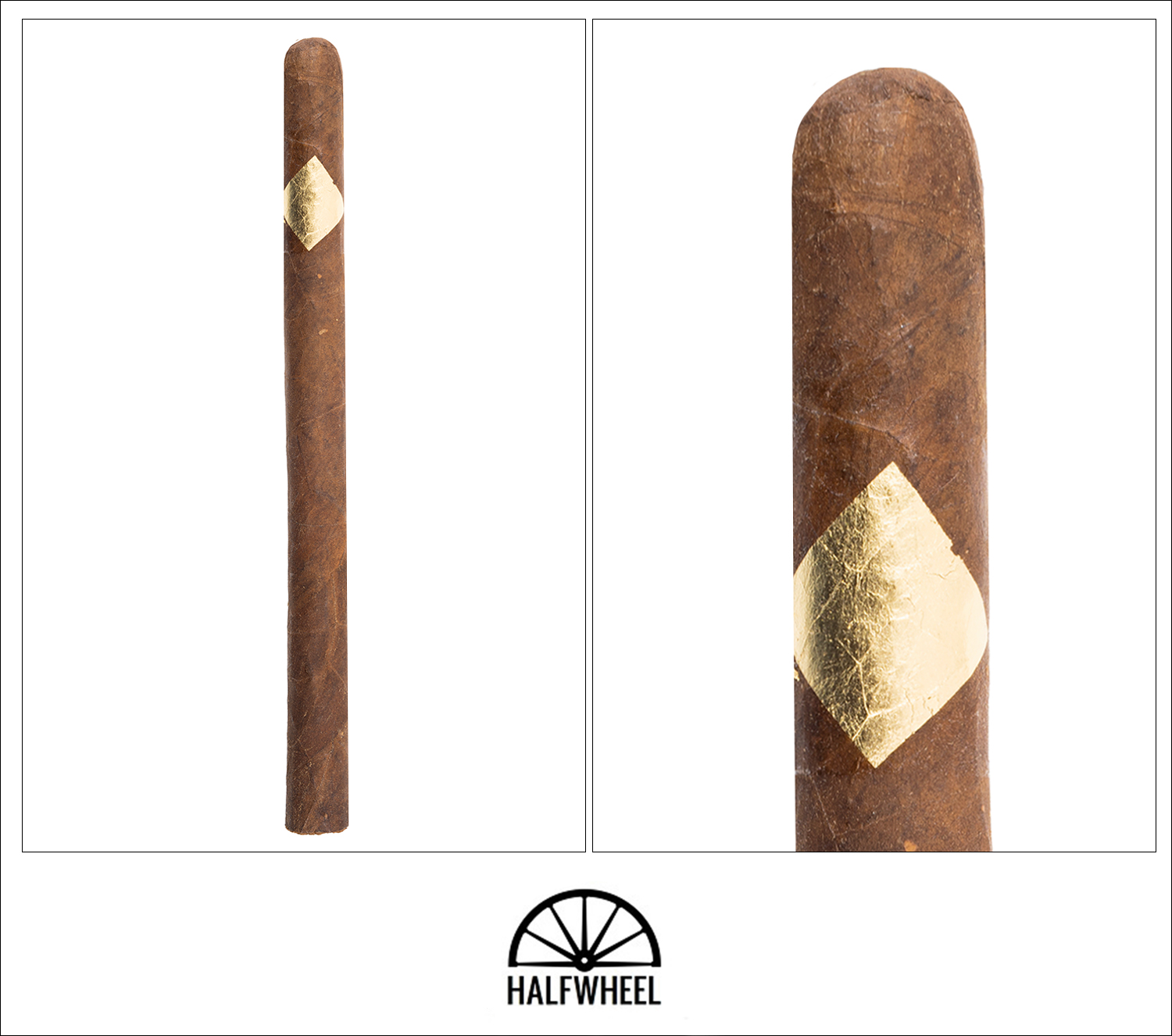 “Visually unique” does not even begin to describe the Cavalier Genève Black Series II Lancero, which includes a half-inch tall diamond made of an edible gold leaf where a normal band would be. In addition, the cigar is covered in an espresso brown wrapper that is fairly smooth yet extremely dry to the touch, albeit with a multitude of bumps running up and down its length. The aroma from the wrapper is an intoxicating combination of dark chocolate, creamy peanuts, leather, hay and earth; while the cold draw brings distinct flavors of cedar, leather, salty nuts, earth, nougat sweetness, hay, cinnamon and a very small amount of floral.

Once lit, the first things I notice are the large amount of aggressive spice that is present on my tongue and a dominant rich dark chocolate flavor that easily takes the top spot in the profile. Lesser notes of pencil lead, creamy cedar, cinnamon, leather, freshly roasted espresso beans, peanuts and just a touch of floral flit in and out, while the retrohale is full of both black pepper and caramel sweetness, both of which seem content to remain for the time being. Although the combination of spicy dark chocolate continues to dominate the second half of the Genève Black Series II, there are a number of other changes that are hard to miss. The most obvious is the sweetness on the retrohale, which morphs from a creamy caramel flavor to a very obvious—not to mention extremely enjoyable—toasted marshmallow sweetness that I would get by toasting a marshmallow over a campfire. In addition, the list of secondary flavors includes salted peanuts, vegetal, leather, cinnamon, cedar, hay, bread and a touch of floral have no issues melding with the aforementioned sweetness as well as some black pepper that is still present on the retrohale. In terms of construction, the draw is excellent after a simple straight cut and the burn is quite good for the first two thirds, although there is a slight issue that needed correcting in the final third. The overall strength is almost non-existent for the first two thirds, though picks up to a mild-medium in the finl third. I put the nub down after one hour and 13 minutes of smoking time.

One of the best things about redux reviews is seeing how time changes a blend, but rarely have I seen so many changes in a cigar in such a short length of time. While the dark chocolate note that dominated the profile is not exactly unique, the amount of spice that was present in the first third was almost shockingly aggressive compared to the relatively tame amount that I noted in the first review. In addition, the raisin sweetness that was so prevalent the first time around is gone, replaced by a combination of caramel in the first half and marshmallows toasted over a campfire sweetness in the second half, the latter of which might be one of the best flavors I tasted in cigar this year. Throw in the almost flawless construction, and I am left with an amazingly complex cigar that also happens to be sold at an awesome price point.