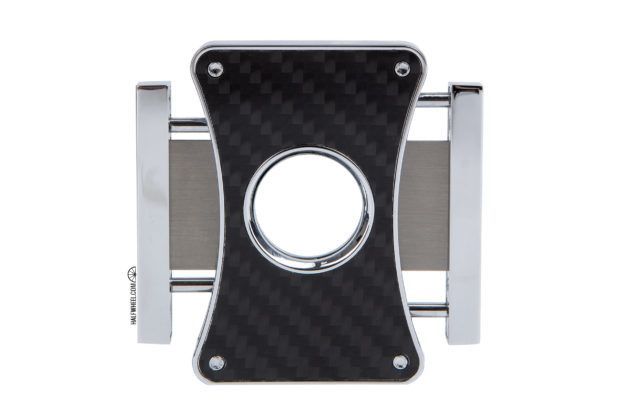 Based out of Plano, Texas, Visol Products offers a wide range of additional products on top of the regular cigar cutters and cigar lighters that most companies stop at, including cigar cases, humidors, ashtrays, cigarette cases, flasks, cufflinks and money clips, among other things.

One of the most distinctive cutters offered by Visol is the Caseti Dion Double Guillotine Cigar Cutter, which, as its name indicates, is a double bladed cigar cutter that is offered in four different finishes, all of which feature the same $60 price tag:

The Caseti Dion Carbon Fiber Double Guillotine Cigar Cutter measures 2 1/2 inches in height, 1 1/2 inches in width, is 1/4 inch thick and weighs right at 2.6 ounces. All four versions can officially cut up to 52 ring gauge cigars—although you can easily cut a bit less of the cap on larger ring gauges with no issues—and all of the different incarnations come packaged in a blue gift box with the Caseti logo emblazoned on the top in silver script. In addition, the cutter features a limited one-year warranty that only covers defects in construction.

Visually, it is quite distinctive, with the tale-tell look of carbon fiber in the middle and shiny stainless steel on either side and on the edges. The knob that releases the blades is small, understated, and carries the Caseti logo, while one side of the blade handle reads Designed in Paris. The blades can be opened independently once the trigger is released, but the knob triggers both blades every time you push down on it, with no option to open one blade while leaving the other locked. 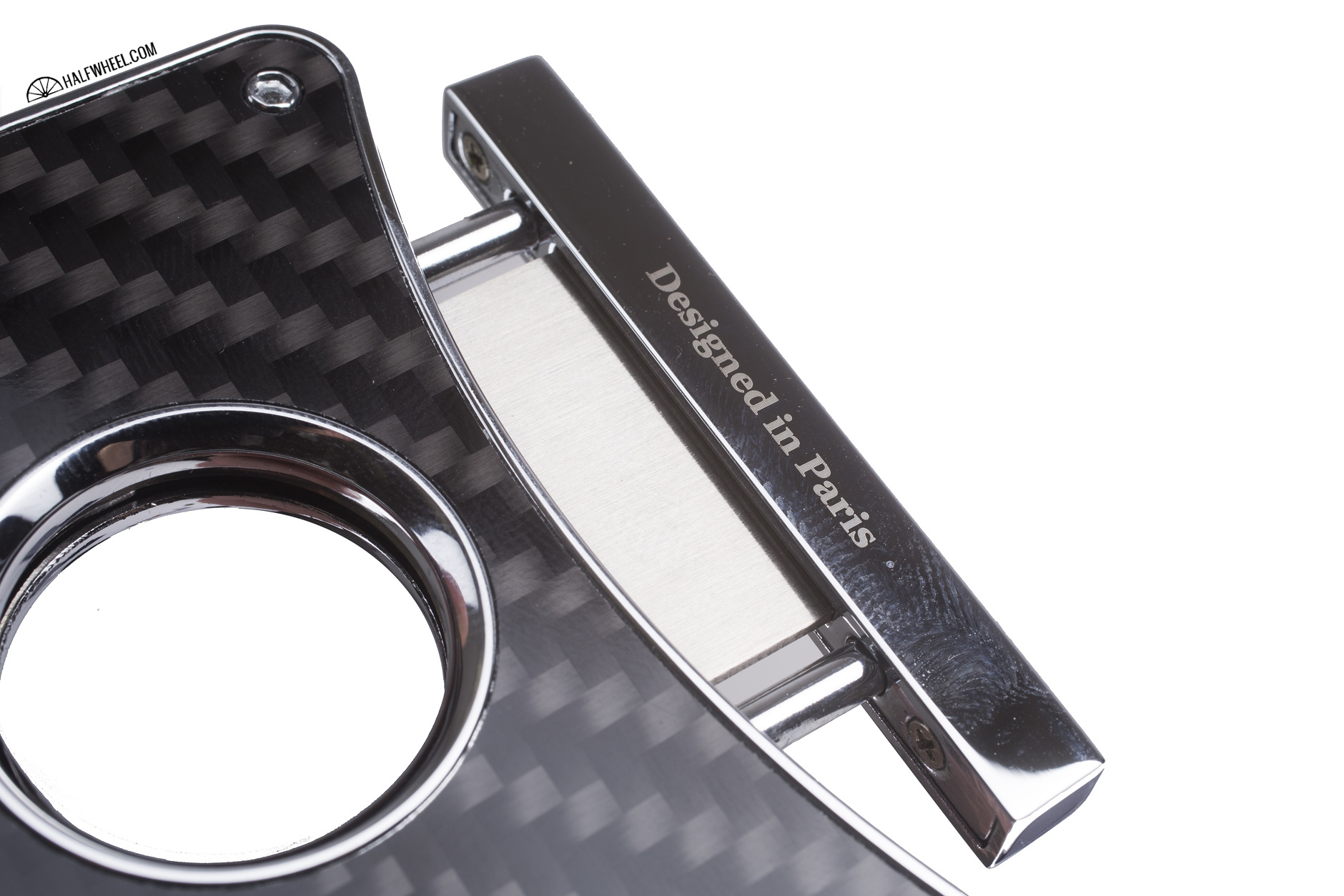 In terms of operation, the Caseti Dion features two stainless steel blades on either side which are activated by pushing down on a small nub—emblazoned with the Caseti logo—on the bottom section of the cutter, which releases both of the spring loaded blades outward with a satisfying click. You then put the cap of the cigar into the resulting opening and push the blades together, resulting in straight cut through the cigar. As both blades cut through the cap and come to the end of their journey, they lock in place with an audible click and stays that way until you push down on the trigger again.

After using the Caseti almost exclusively for close to two months, I quickly realized the numerous advantages the cutter has. First, the cutter is visually quite attractive, and with its combination of carbon fiber and stainless steel accents, it really stands out. Second, the Caseti Dion is heavy enough to help stabilize it when you are cutting a cigar, allowing for both a smoother cut and fewer issues with torn wrappers. Third, both blades are sharp and the cutter is extremely well built, meaning I had no issues at all with almost every cigar I cut with it. I was concerned that the constant opening and closing of the blades would wear out the opening mechanism, but thankfully there are no issues in that regard yet and both blades still firmly lock in place now after continuous use as well as the day I first starting using it. In addition, the knob that activates the blades is metal, and at no time did I feel like it was going to fall off the cutter. Even with the positive attributes above, there are some issues with the cutter as well. The first thing I noticed when I took it out of the box was that the stainless steel accents on the sides—while gorgeous—took almost no time at all to pick up my fingerprints, turning small sections of the cutter a very obvious bronze color. Although the cutter was easy to wipe off with not lasting effects, this happened pretty much every time I picked it up. Second, while the knob that triggers the opening of the cutter blades is quite small, it still sticks out quite a bit compared to the rest of the cutter, and did snag a couple of times when I pulled it out of my pocket or bag. Finally, while I did not have a major issue with the limitation of the hole in terms of ring gauges, there were a few times that I had to use another cutter to get as much of the cap off of a specific larger ring gauge cigar. In terms of competition, there are actually a surprising number of cutters that feature the same operation and general look as the Caseti Dion. Colibri has the Monza which is $10 less price-wise and cuts up to 62 ring gauge cigars, but does not come in a carbon fiber finish. Lamborghini offers its Precision Double Guillotine cutter that is similar in operation, but is also more than double the cost and also is not sold in a carbon fiber finish. S.T.Dupont has the Xtend MaxiJet Series that looks very similar to the Caseti, but the price of $150 is quite a bit more, and it is only offered in two finishes, neither of which is carbon fiber. In the end, I really enjoyed the time I spent cutting cigars with the Caseti Dion Carbon Fiber Double Guillotine Cigar Cutter. Sleek and visually attractive, the cutter is easy to use, feels great in your hand without being overly heavy, and most importantly, cuts cigars cleanly just about every time. While I don’t think it will replace by beloved XIKAR M8 as my go-to cutter, I would not kick it out of bed for eating crackers, and it is a very easy cutter to recommend for those who like the look and don’t mind the $60 price tag.