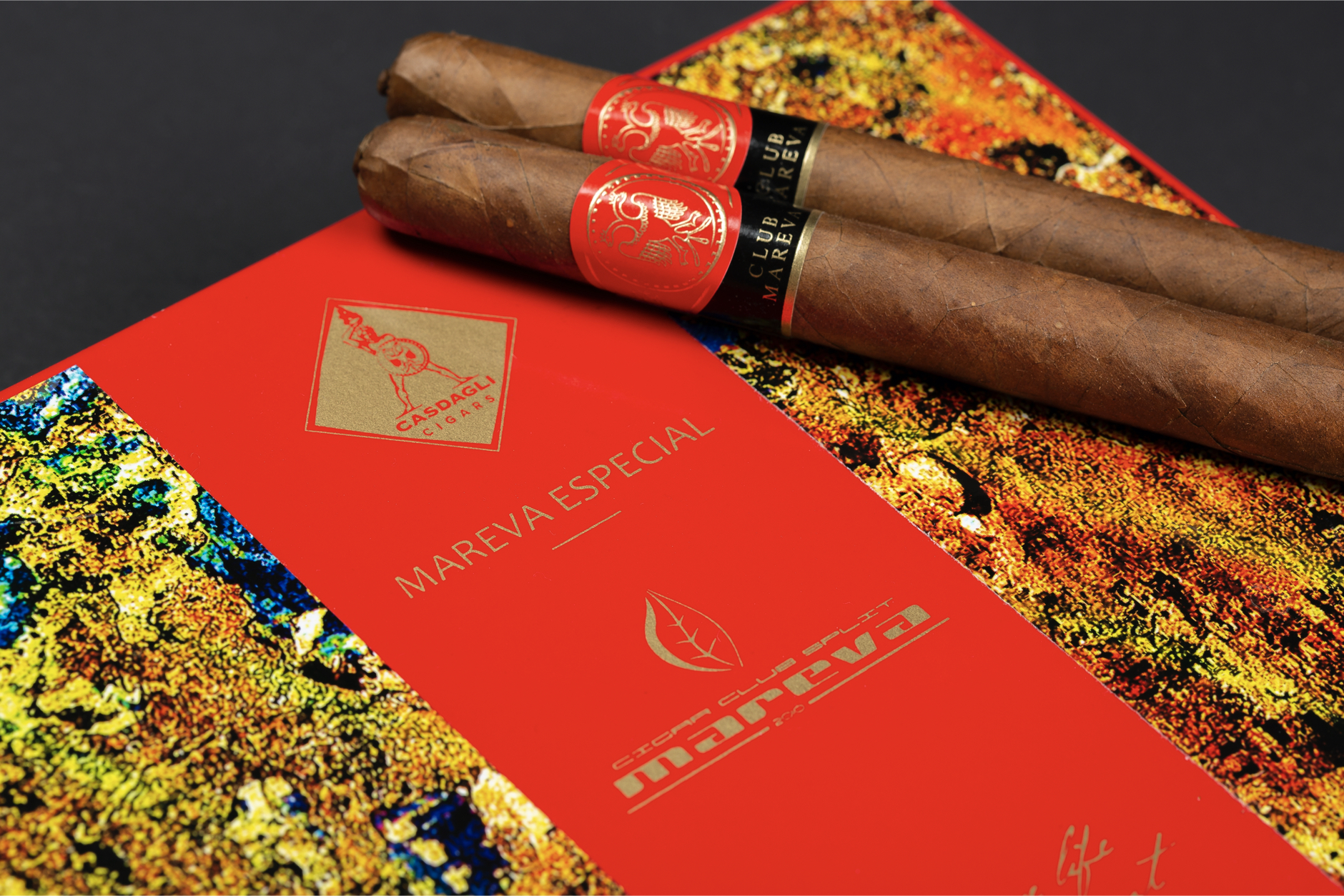 Two cigars from the Casdagli are now shipping with new packaging. The company has updated its Basilica A packaging with a new box color that is a deeper red than the previous box. In addition, the cigars have a secondary band that says “A” on it to make it easier to identify individual cigars.