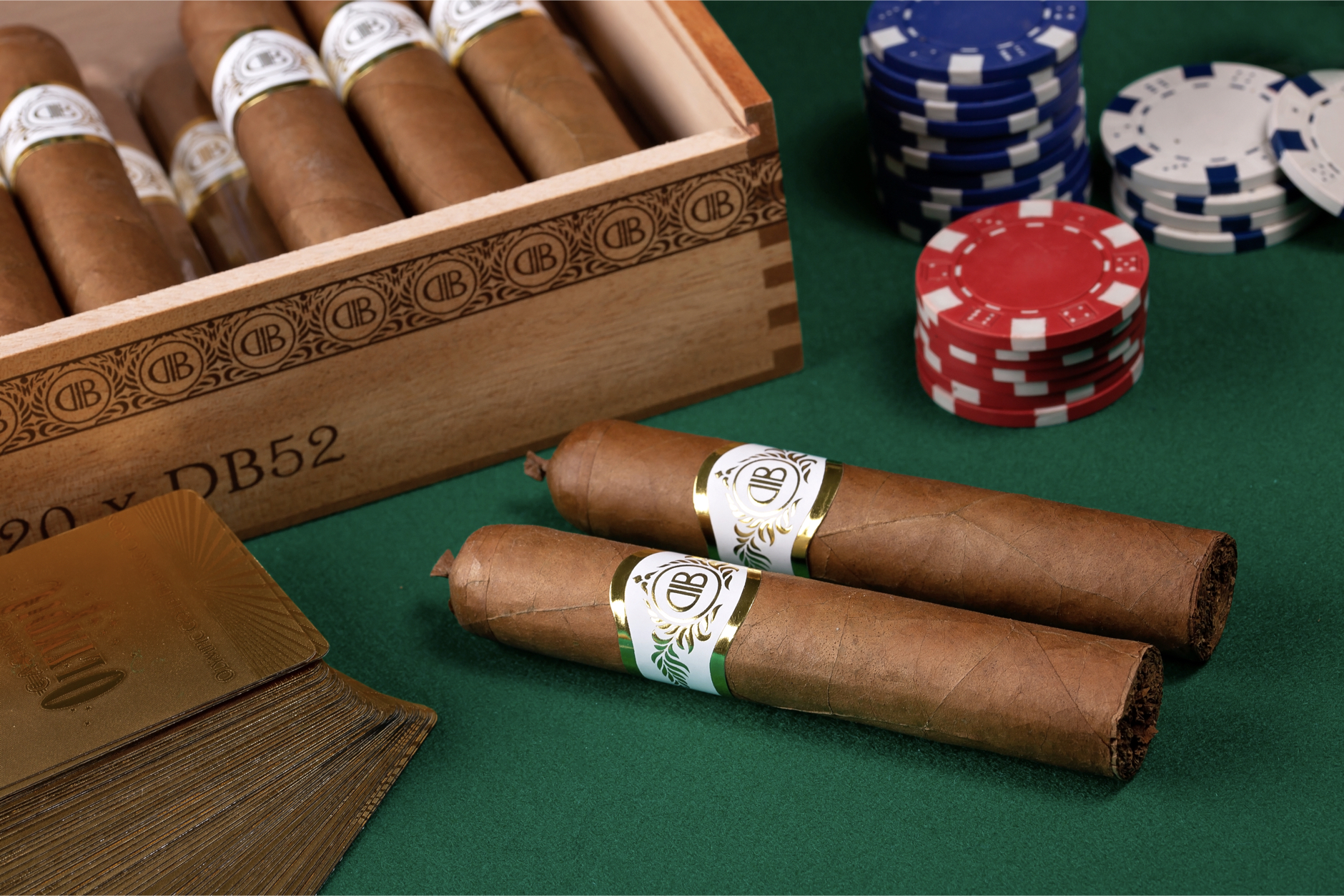 Romania is the latest country to receive the D’Boiss, one of the company’s more limited and secretive lines.

It actually debuted last spring and was inspired by poker games at the Bespoke Cigar Lounge by Casdagli in Tallinn, Estonia. The company says the cigar was designed to mimic characteristics of Cuban cigars and, unsurprisingly, the company is not disclosing the internal blend, though it does use a wrapper from Ecuador. It’s offered in a single size, D’Boiss DB52, a 4 3/5 x 52 petit robusto. Production is handled by IGM Cigars, the same factory that produces the company’s Daughters of the Wind line.

“Due to the ongoing scarcity of Cuban cigars sought after by some of the clients visiting the D’Boiss Club Bespoke cigar lounge in Tallinn, we decided to take the matter into our own hands,” said Jeremy Casdagli, Casdagli’s founder, in a press release. “The result is the creation of the D’Boiss Line of cigars. Using very rare exotic tobaccos sourced with our partners in Costa Rica these cigars deliver sweet honey aromas and subtle sweet spicyness to the palate, characteristic to the Cuban cigars. The Claro Colorado wrapper leaf also delivers gentle cedar notes to accompany the honey and almond aromas of the filler leaves.”

In the U.S., it has an MSRP of $25 per cigar. MAXAMAR Ultimate Cigars of Orange, Calif. received the cigar last year but now it will be offered to three more stores, all of which are Casdagli Specialists, a designation given to retailers by the company: Humidor of Lisle of Lisle, Ill.; Luxury Cigar Club of Cottonwood, Ariz.; and Smōke Cigar Lounge of Philadelphia. The next U.S. shipment will arrive in the second half of the year.

The line is a limited production item, though Casdagli has not disclosed production numbers or how frequently the cigar will be offered to distributors.

While Romania recently received a shipment this month, other countries have also received the D’Boiss including Estonia and Norway. All of the company’s distributors have been offered the cigar.