If you love cigars with Mexican San Andrés in the blend, then you have the Turrent family to thank. That is because for the more than 100 years, the Turrent family as been growing Mexican San Andrés tobacco, and in fact, has become the defacto supplier of these specific leaves, almost to the point of having cornered the market. The company launched the Te-Amo cigar brand in the mid-1960s, recently collaborated with Altadis U.S.A. and has begun to sell its own cigars in the U.S.

Cigars commemorating and named for specific dates are not all that uncommon in the industry, and one of the cigars released by Casa Turrent at last year’s trade show is one such example. Dubbed the Serie 1973, the new release was produced to commemorate the year that Alejandro Turrent was born. Blend-wise, the Casa Turrent Serie 1973 is composed of four-year-old tobacco including a Mexican San Andrés criollo wrapper and binder as well as a mix of the same Mexican San Andrés criollo and Nicaraguan leaves used in the filler. In addition, the new regular production cigars feature a double binder and are rolled at Nueva Matacapan de Tabacos S.A. de C.V in Mexico.

We decided to do so because some consumers in many countries are extremely traditional, they just do not accept box pressed cigars,” said Turrent to halfwheel last year.

There were four different vitolas of the Casa Turrent Serie 1973 at launch, all of which are packaged in boxes of 20. 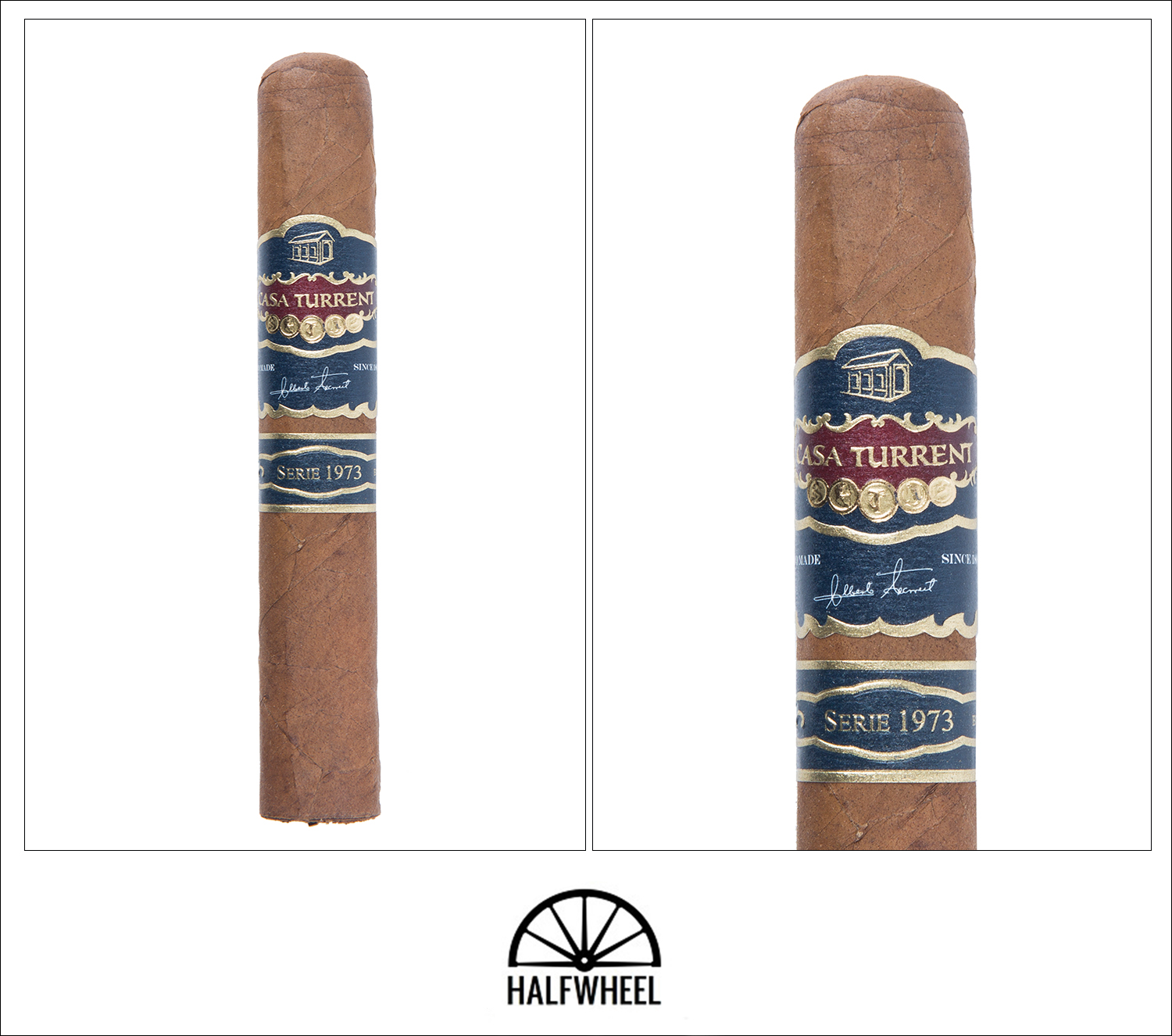 Covered in a mocha brown wrapper, the Casa Turrent Serie 1973 is quite smooth to the touch, but features almost no visible veins at all. Sporting an obvious but oval box-press, the cigar is just a bit spongy when squeezed and there is very little oil present. Aroma from the wrapper is a combination of earth, leather, hay, cedar, cinnamon and sweet dates, while the cold draw brings flavors of grass, oak, leather and the same sweet date note that was present on the wrapper.

Starting out, the Casa Turrent Serie 1973 has a fairly simple profile with a creamy oak and leather combination that is effortlessly dominant, followed by much lessor flavors of anise, tobacco, dark chocolate and earth. There is a slight—and I do mean slight—indeterminate sweetness and some white pepper on the retrohale that both become a bit more evident as the first third burns down, but neither are strong enough at this point to really affect the profile in any significant way. Construction-wise, both the burn and draw are excellent so far and smoke production is above normal. The strength in the blend is noticeable, but not aggressive, and ends the first third noticeably short of the medium mark. 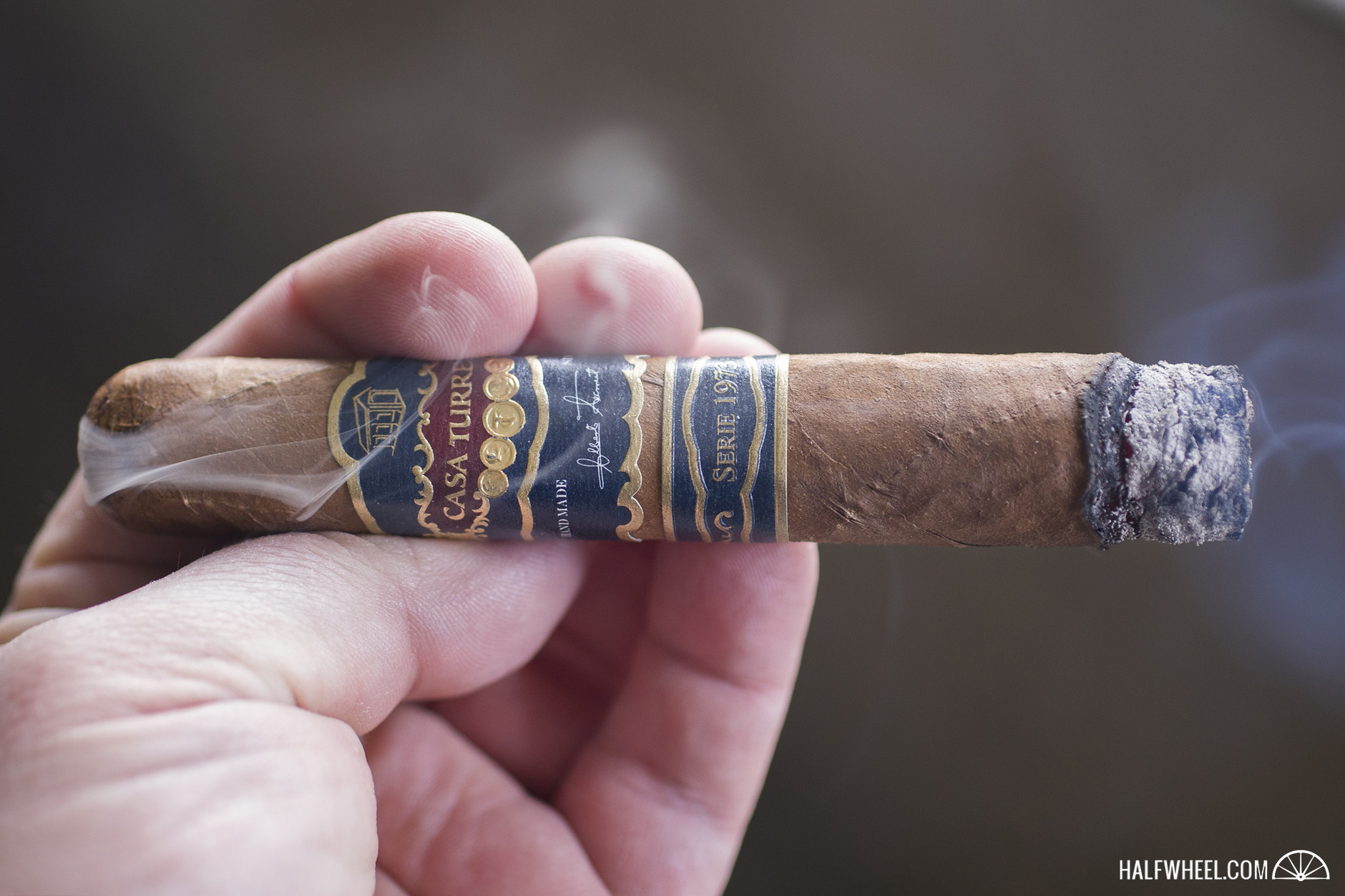 Unfortunately, the sweetness remains virtually hidden during the second third of the Casa Turrent Serie 1973, while the dominant flavors are still the same creamy oak and leather combination. Other notes of espresso, hay, bread, gritty earth and cocoa flit in and out, and there is a huge uptick in spice that comes out of nowhere right around the halfway point. Construction-wise, the burn and draw continue to impress and the smoke production seems to have fallen off a bit compared to the first third. In terms of strength, the Casa Turrent Serie 1973 hits the medium mark early on in the second third, but seems to stall out there, and shows virtually no signs of going much further. 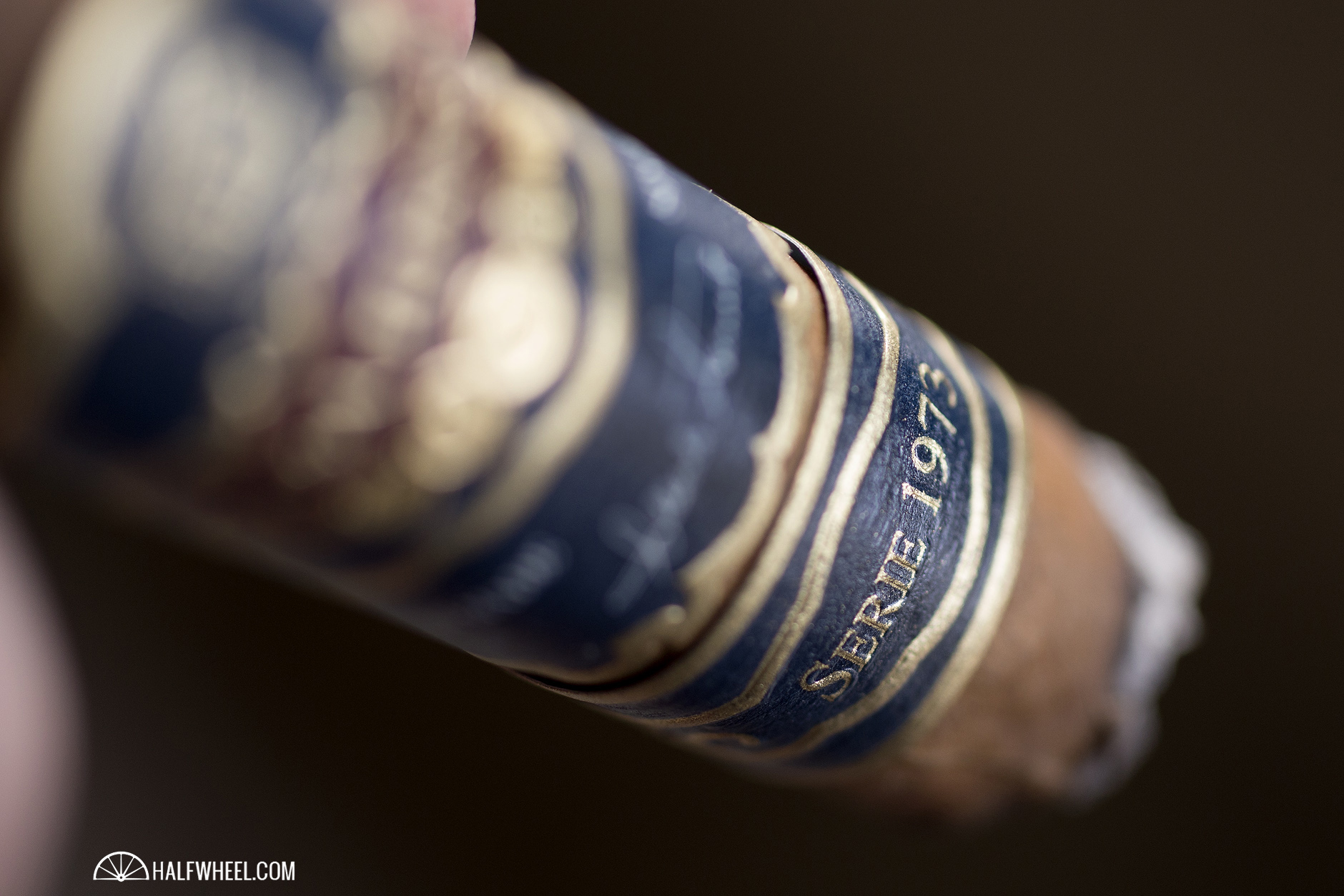 The final third of the Casa Turrent Serie 1973 seems to be a carbon copy of the second third, with the same creamy oak and leather combination that has dominated the profile since the beginning remaining on top, with other flavors of earth, hay, tobacco, oak and dark chocolate noticeable at different points. Thankfully, the spice on my tongue has receded noticeably by this point, but the indeterminate sweetness is still not strong enough to make any sort of impact on the profile. Both the burn and the draw continue to give me no issues, while the strength ends the cigar in pretty much the same place it started by the time I put the nub down with a little less than an inch to go. 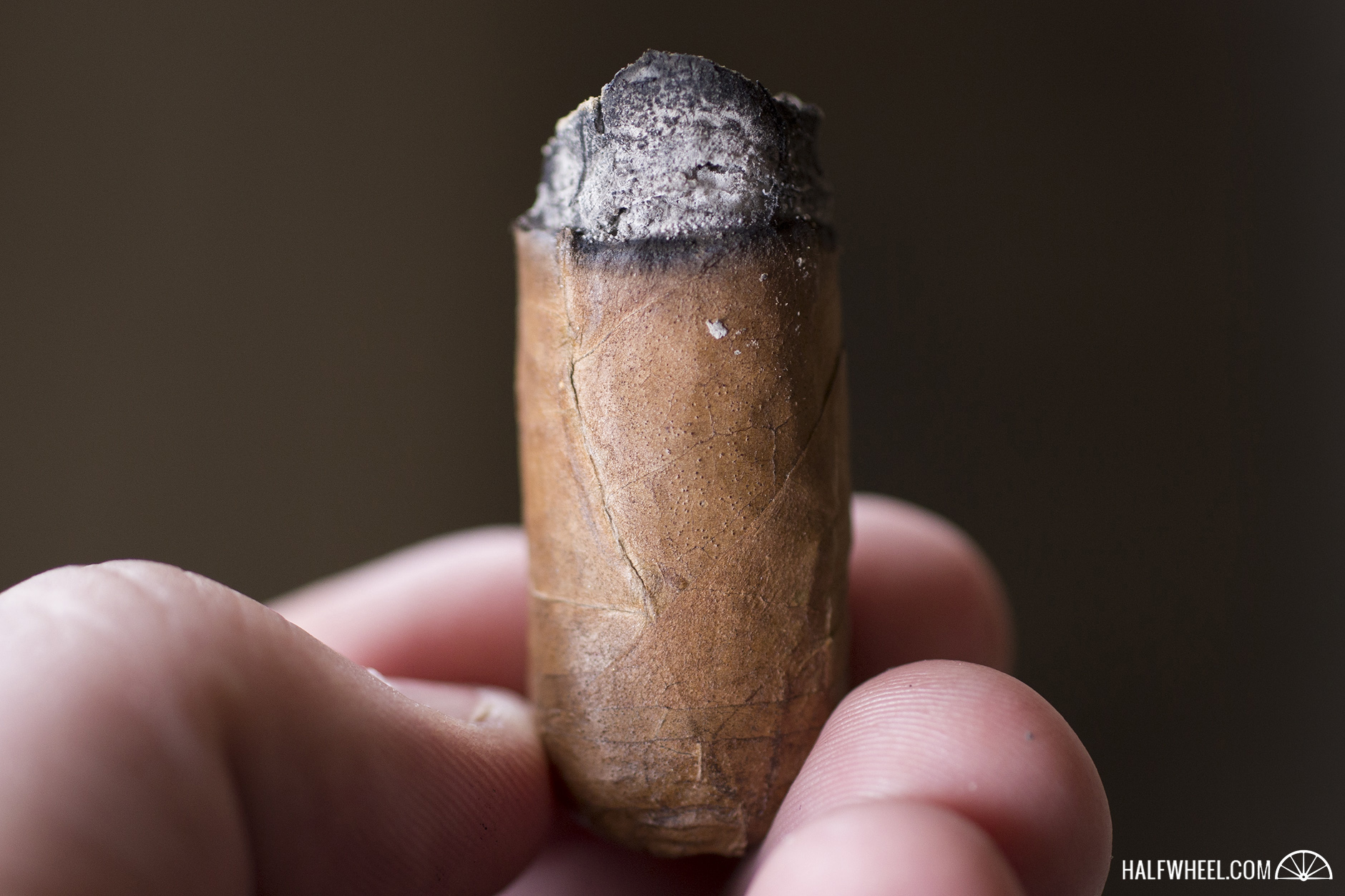 While there is very little sweetness in the blend overall—and make no mistake, the profile would be significantly improved if there were more—the dominant flavors in the profile the Casa Turrent Serie 1973 are distinct and rich. Unfortunately, what this blend lacks is any appreciable complexity, which is probably due to the cigar using quite a bit of the same tobacco. Even with all of that said, the construction on all three of my samples was excellent overall, and the pickup in spice during the second third was a welcome change. A cigar you should track down if you love Mexican San Andrés blends, but if you are looking for a sweeter more complex profile, you are likely to be disappointed.