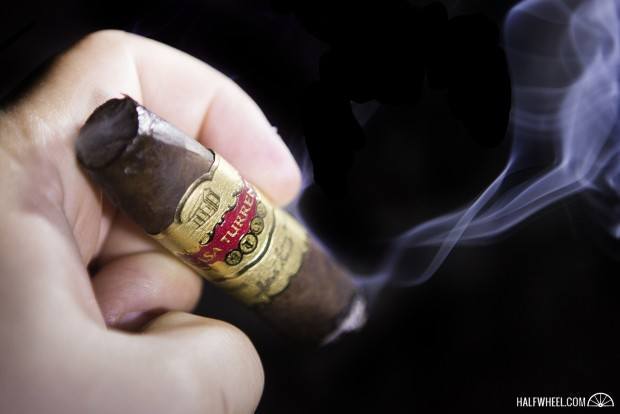 There are a few names that are so strongly associated to a specific type of tobacco. You say Meerapfel, I think Cameroon. And when you say Turrent, I—and many others—think of Mexican tobacco. For well over a century, the Turrent family has been growing tobacco. Over the years, the family expanded into other parts of the tobacco business, launching Te-Amo in the mid-1960s and in recent years, making cigars in collaboration with Altadis U.S.A. 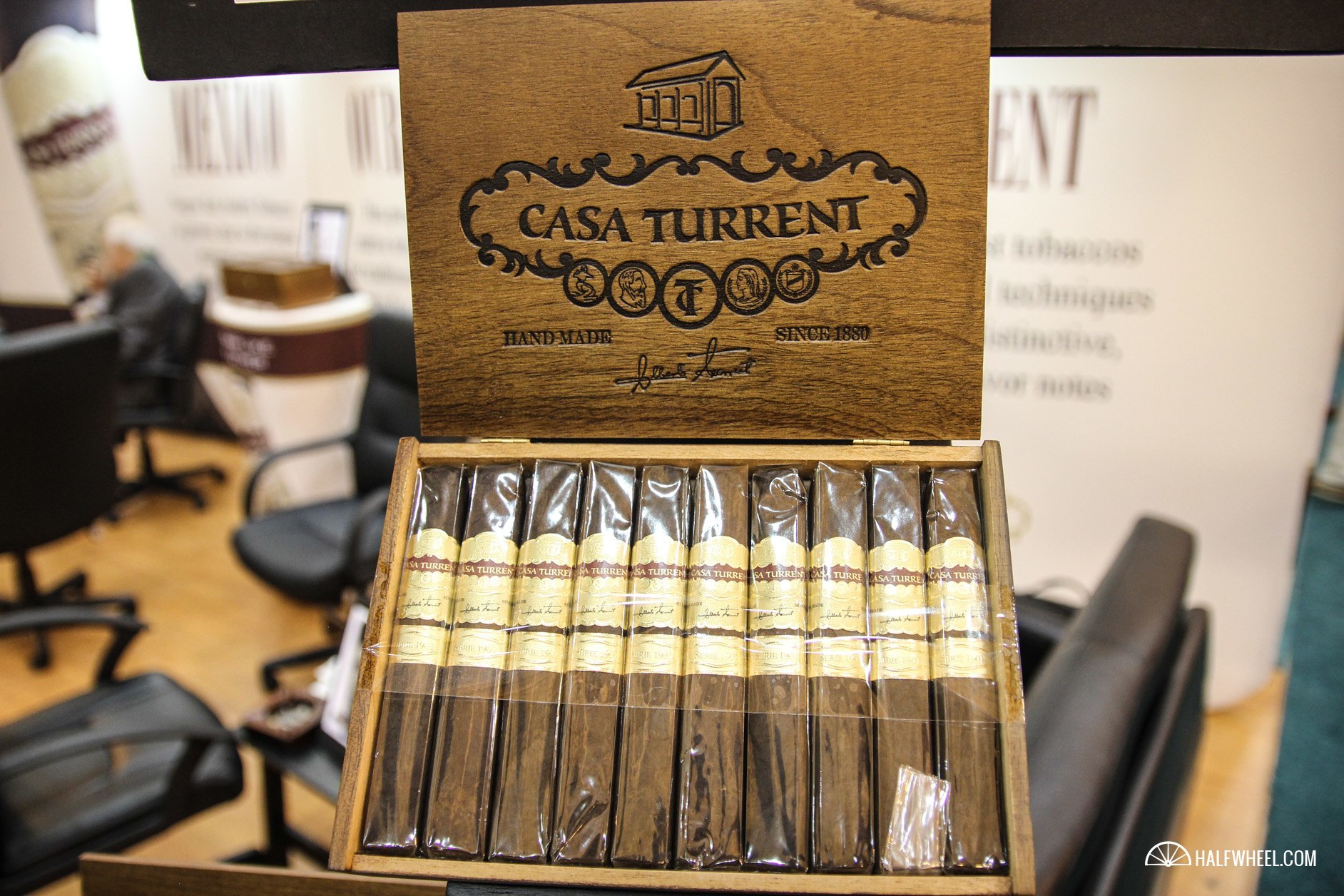 Earlier this year, the family announced it would be selling a new brand of cigars, bearing its name, separate of Altadis U.S.A.: Casa Turrent.

At the 2015 IPCPR Convention & Trade Show, the Casa Turrent Serie 1901 was made available to retailers in the U.S. for the first time after two years on the market outside the U.S., launching domestically in three sizes. 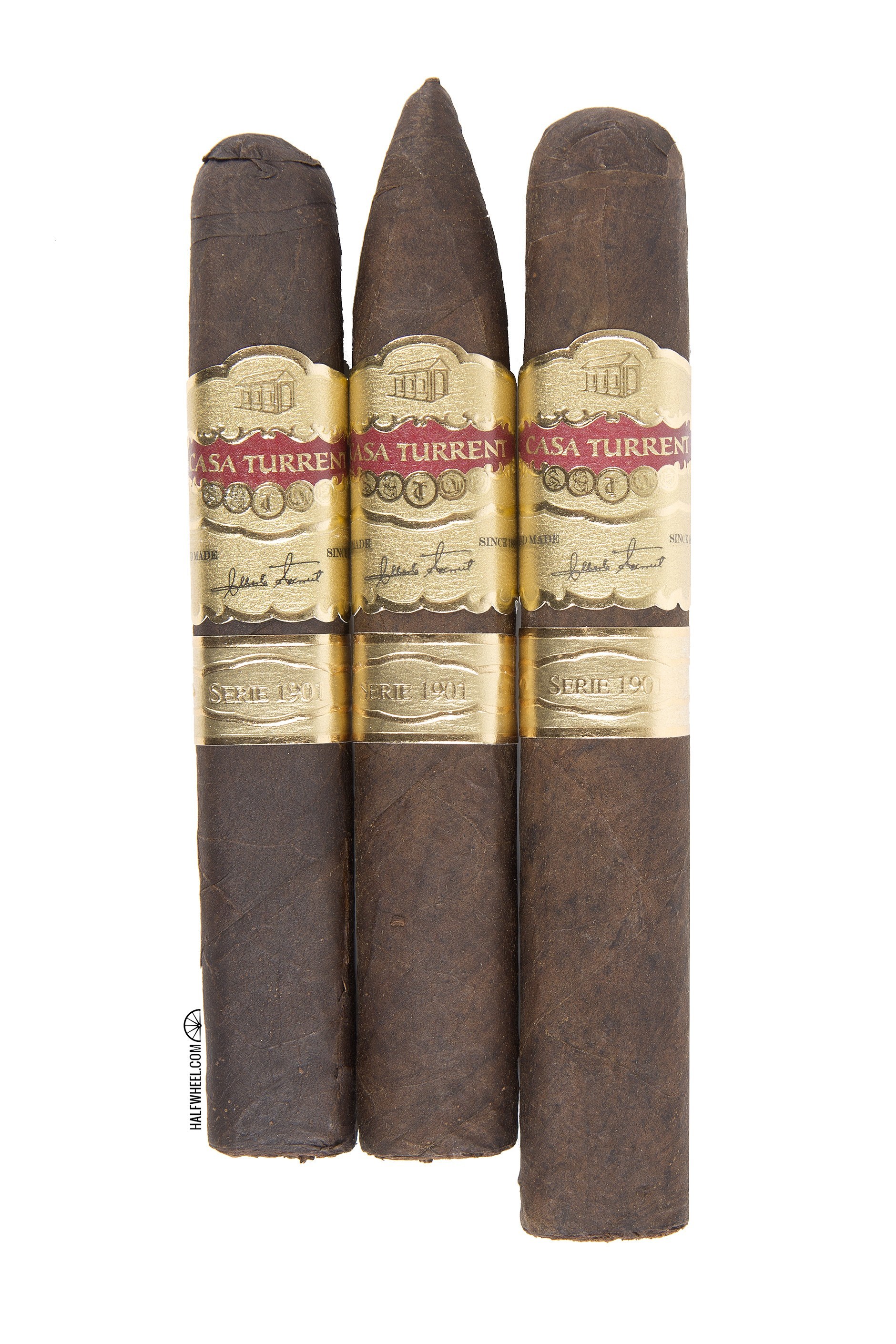 The shape sort of looks like a Padrón with a fairly aggressive box press complimented by some rounder edges. Because of the dual bands and somewhat shorter size given the amount of length taken up by the tip, there’s quite a bit of cigar covered up by gold paper. There’s a medium aroma with a lot of leather, some charcoal and cocoa. The Casa Turrent’s foot is interesting with some sweet strawberries, Ritz crackers and some dry pasta. Some of that manages to finds its way on the cold draw, notably the strawberries and pasta, but it’s overwhelmed by a sweet milk cocoa and some floral flavors.

While it’s not a bad start, the promise of the cold draw isn’t fulfilled. There’s a sweet cocoa, nuttiness, meatiness and some orange peel. It’s medium, but somewhat dry and not as rich as the cold draw was. As the cigar burns down, the cocoa remains on top surrounded by some woodiness that shifts between oak and cedar. There’s some sort of funky, salty meatiness that I can’t quite place. At times it tastes like some of the more tender pieces of generic store-bought beef jerky, but other times, it’s not a flavor I specifically recognize. By the end of the first third, the Casa Turrent is full in flavor, medium in body and medium and strength. 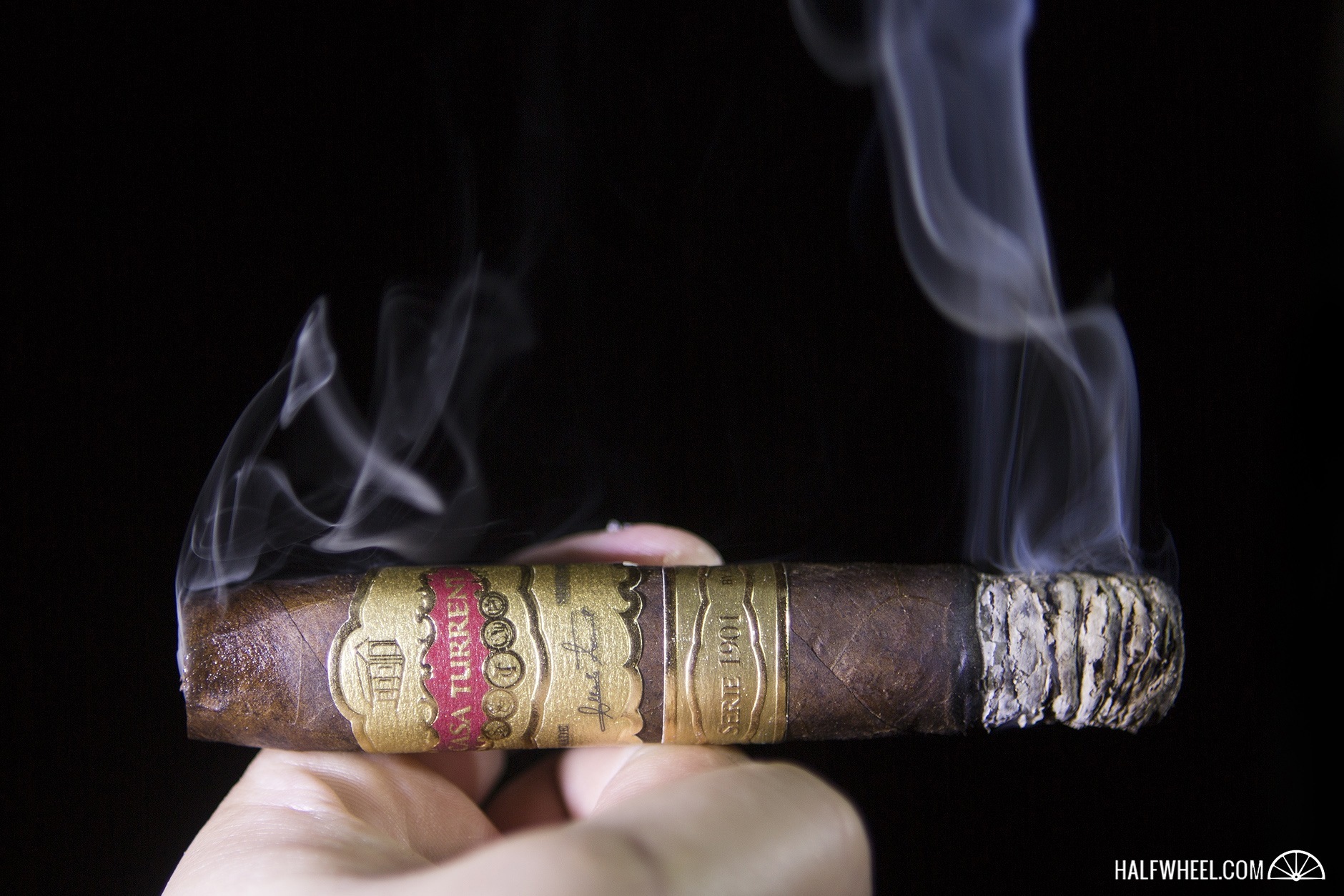 For the most part, construction is great. Both samples burn extremely evenly, but one starts tunneling in the beginning of the second third. A quick touch-up fixes that and construction is fully back on track. There’s a harsh earth that emerges out of the meatiness and starts to overtake the cocoa. Burnt bing cherries add themselves to the profile, as well as some bread and a dry ramen noodle flavor. The body picks up to medium-full, although the strength remains medium. 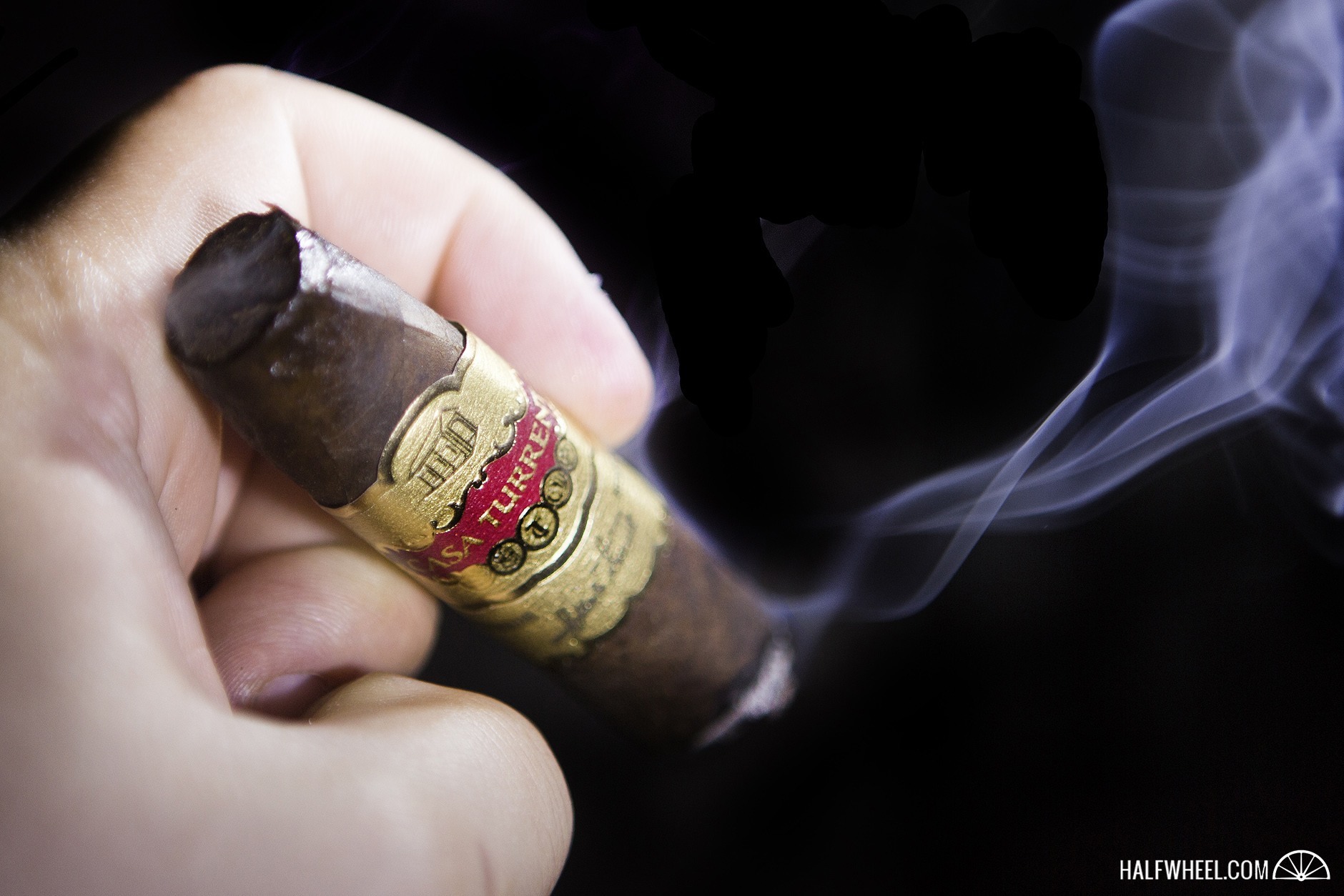 I still can’t place the meatiness, which remains in the final third of both cigars. There’s an artificial orange flavor, close to an orange chicken sauce flavor. The most notable change is the harshness, which subsides for the entirety of the final third, although with an inch left the heat signals the end of the Casa Turrent. 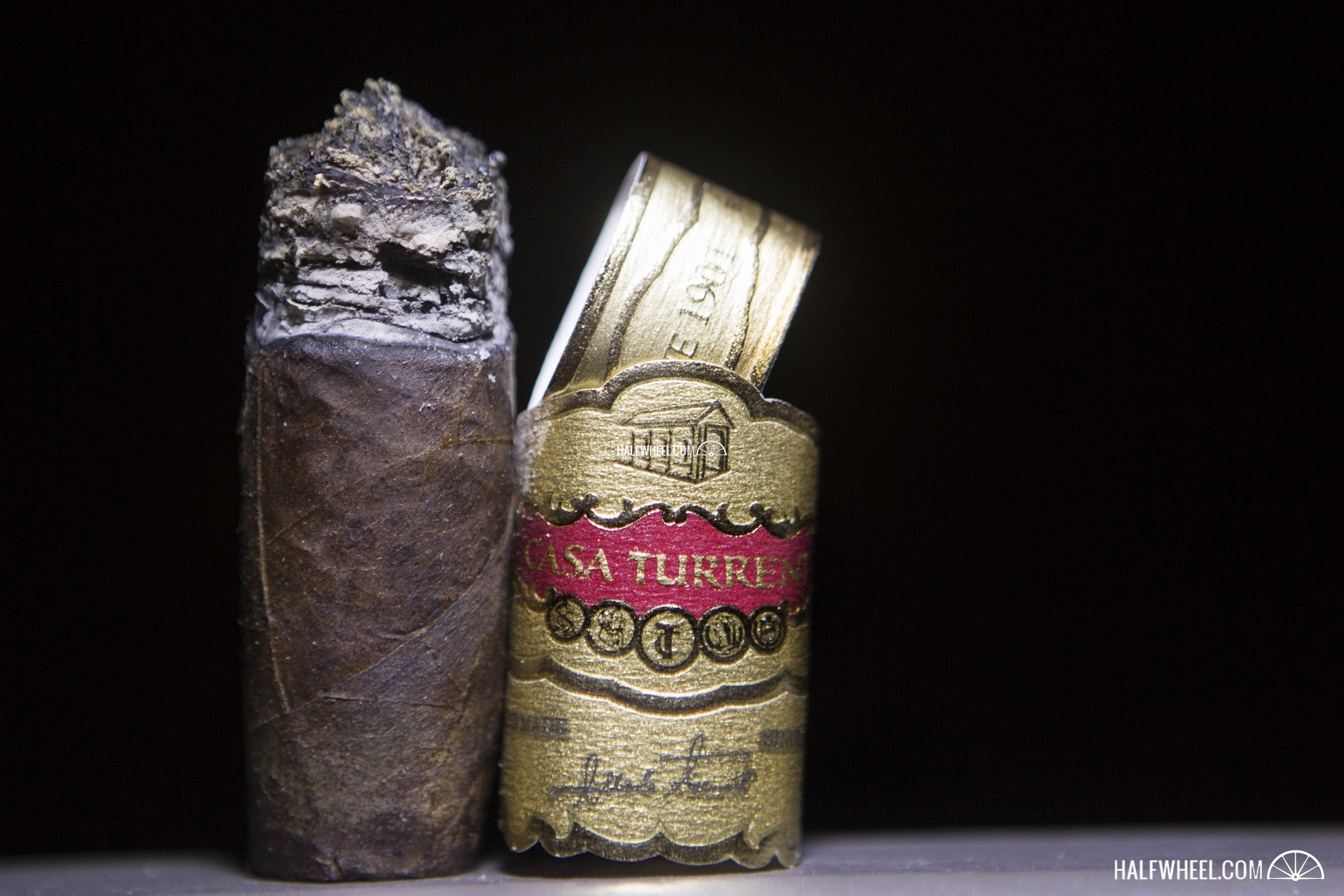 There’s no country with as bad of a reputation for cigar making as Mexico, and while I think it was deserved, that’s very much no longer the case. Mexico may not be producing the best cigars in the world, but the Casa Turrent--like many other newer Mexican-made cigars I’ve smoked--was as good as what I expect from modern-day cigars in construction. As for the flavor, it’s unique, a good example of San Andrés tobacco with a richness that was a bit more than I expected.