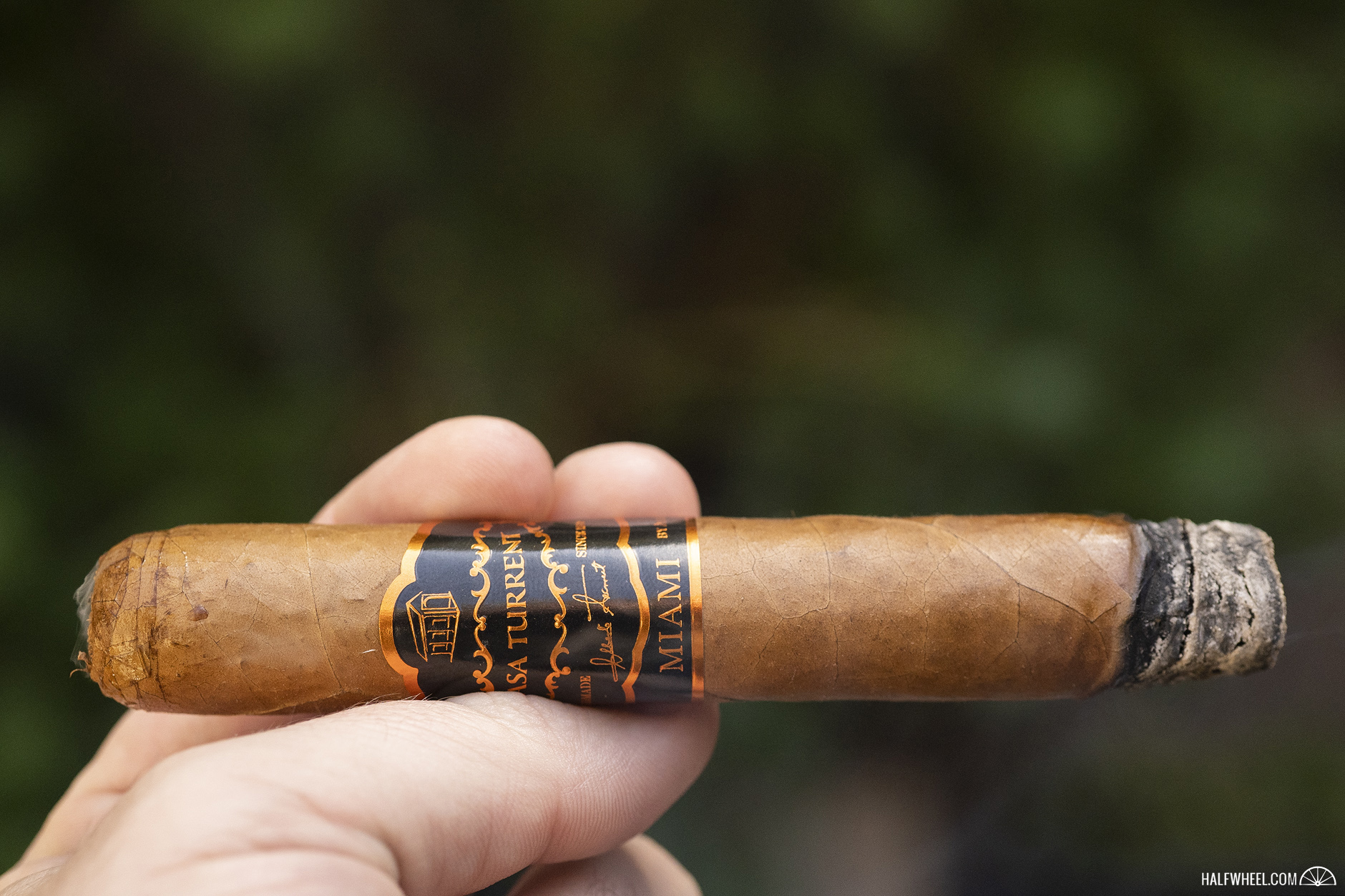 In recent years, Casa Turrent has been paying tribute to significant years in the company’s history, notably the birth years of those who have sat at the helm of the company. This year, it is time to honor places, or as the company puts it, it Orígenes.

It is doing so with a collection of four cigars, each named for a place of important in the company’s journey: Cuba, San Andrés, Nicaragua and Miami. Each is released in a 5 1/2 x 54 robusto extra vitola, comes priced at $7 per cigar, and is offered in 12-count boxes.

What is different, is the blends, highlighted a quartet of leaves for the wrappers:

While many cigars that come with Mexican-grown wrappers simply list them as being from the San Andrés region, specific varietals are rarely disclosed, something that is done in this instance. Of particular note is the wrapper on the Miami version, a Connecticut seed grown in Mexico.

As you might be aware, the production of Connecticut seed tobacco has shifted largely from the United States to Ecuador for a number of reasons, economics being a primary one. However, there are also climate and soil differences that lead to tobacco that does taste different, and which some could say even better. But it’s not just Ecuador where those seeds are trying to be grown—besides the Turrent in Mexico, the Plasencias have growing operations in Nicaragua where Connecticut seed is being grown and is soon to be released on a new Romeo y Julieta line.

Beyond that, there is plenty of Mexican tobacco to be found throughout the binders and fillers of the four blends. In the case of the Origins Miami, it uses Mexican San Andrés criollo for the binder and part of the filler, along with tobaccos from the Dominican Republic and Sumatra.

The line was first introduced at the InterTabac 2018 trade show in Dortmund, Germany, but would make its U.S. debut the following year at the IPCPR Convention & Trade Show. 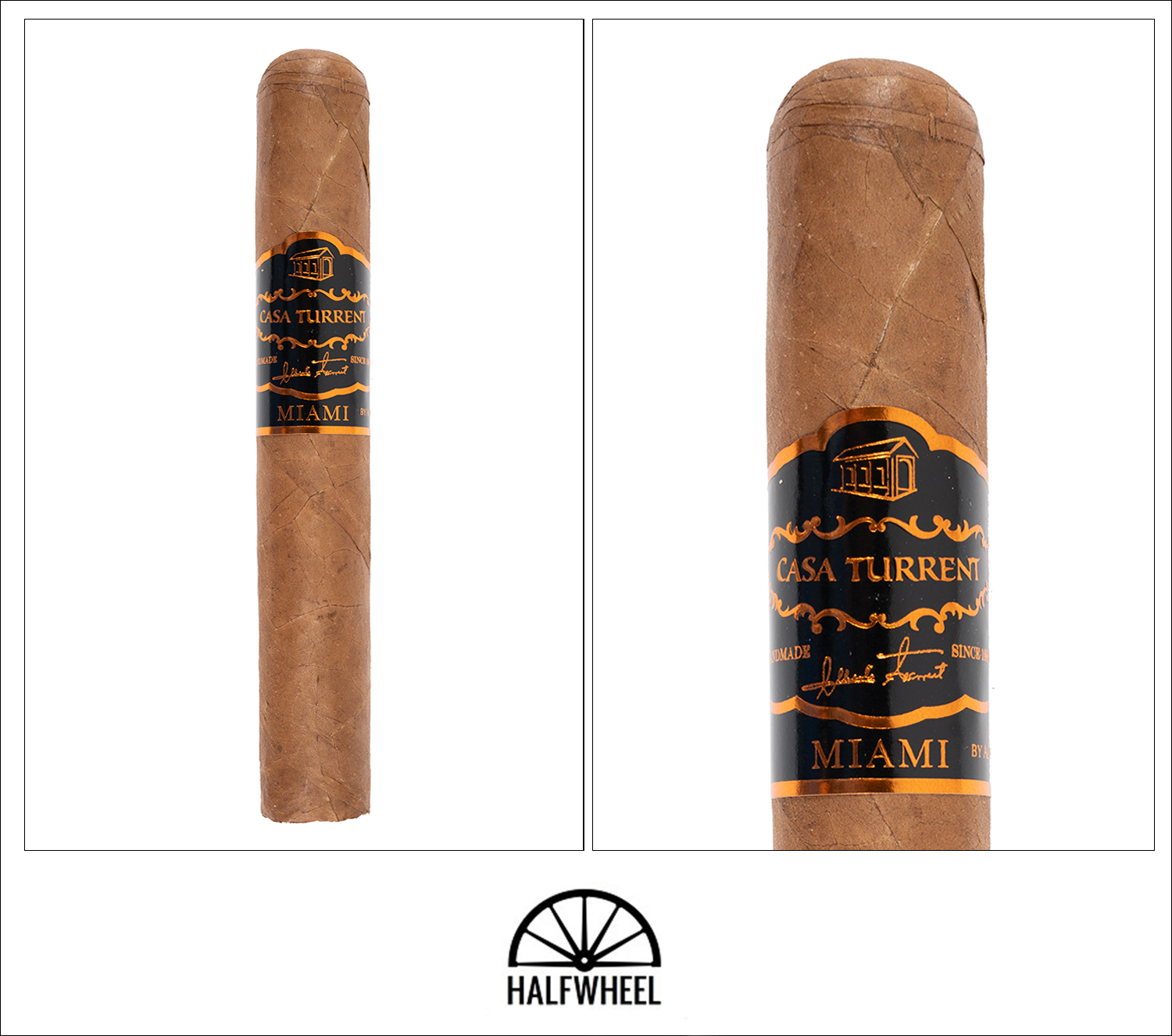 The first thing that struck me about the Casa Turrent Origins Miami is the wrapper, as its well-tanned hue looks nothing like the kind of Mexican-grown leaf I would expect to find on a release from the company. The wrapper has an interesting texture to the fingers, as I can feel its elasticity and thickness, while it gives a somewhat dry and parchment-like tactile first impression. Some samples are also quite vein-laden, with several seemingly the entire network visible on cigar. The cigar is rolled fairly firmly and generally consistent in that regard, though it’s a bit softer than what I’ve come to associate as the norm lately, reminding me a bit of a Cuban with their amount of give. The foot of the cigar is pretty neutral, with a bit of dry tobacco and cereal grains present across the samples and hints of peanuts, cream and white toast making occasional appearances. The cold draw is near ideal in terms of airflow and offers a bit of creaminess and more cereal grains but not much outright sweetness or pepper, with one sample kicking in a bit of sourdough bread.

Much like the visual appearance of the Casa Turrent Origins Miami isn’t what I’d expect from the company, the first puffs aren’t exactly either, though they are closer. There seems to be some Mexican terroir coming through at the base of the blend, but it’s certainly not dominated by those flavors. Toast and pepper join in both quickly and significantly by the time the burn line is about a third of an inch up the cigar, further taking the profile into an area that I wouldn’t associate with the Turrent profile. The latter has me thinking more Nicaragua tobacco, but as soon as that note establishes and registers, a sweet and spicy combination comes along that has me trying to figure out this new arrival. Pepper through the nose is abundant and fairly potent, and that’s before taking a retrohale in earnest; when that happens it just increases the effect. The cigar burns very well through the first third, checking all the usual boxes.

The start of the second third sees the Casa Turrent Origins Miami’s smoke get a bit softer on the senses, more that it is filling out than settling down, as pepper is still quite prevalent and potent. There’s a bit more of a bread note here, leaning towards sourdough when it is at its most distinct. The pepper comes back to full strength right around the midpoint, potent to the nose if you’re sensitive and certainly worthy of caution otherwise. There’s a slightly rocky spin on the earth in the undertones, bringing about a bit of a rougher profile but keeping the overall experience enjoyable, staying in the medium-plus to medium-full range in both strength and flavor. Burn, draw and smoke production are all quite good. While it’s not a complete up-and-down in terms of flavor and intensity, the Casa Turrent Origins Miami seems to be finding itself in a back-and-forth pattern of ramping up and backing off how much the cigar has to offer. The final third starts with a bit of a decline, shedding some of the heavier earth notes in favor of lighter, softer bread notes, this time without the sourdough spin but more of a typical white bread flavor. There’s still plenty of pepper to be found, and at varying spots the nicotine strength registers in my system, adding a more pronounced physical reaction to the experience. Other than a bit more heat in the profile, the final inches of the Casa Turrent Origins Miami stay very enjoyable, with no technical or other issues. Due to a bit of confusion as to the blend of this cigar, I had no idea what tobaccos were used prior to lighting it up. In fact, I had no idea until just a few hours before this review was scheduled to run. As such, while I figured the Casa Turrent Origins Miami wasn't wrapped in a typical leaf grown in the San Andrés region of Mexico, I had no idea it was a sun grown Connecticut leaf. Much like having a magic trick explained, the cigar's profile made a lot more sense looking back on it. The fuller body that grounds the cigar and the prominent pepper are both easily attributable to the binder and filler, seemingly in particular the criollo leaf from the San Andrés region. Yet the softer notes—breads, sweetness, creaminess—now have a logical source in that Connecticut wrapper. Needless to say I am quite impressed by the end result, though I still have to figure out just when it makes the most sense to enjoy this cigar. It is a bit fuller than I like to start my day with, and has enough strength to bring a long day to an abrupt close. But I have little doubt that once I find a time to smoke more of them, I almost certainly will.