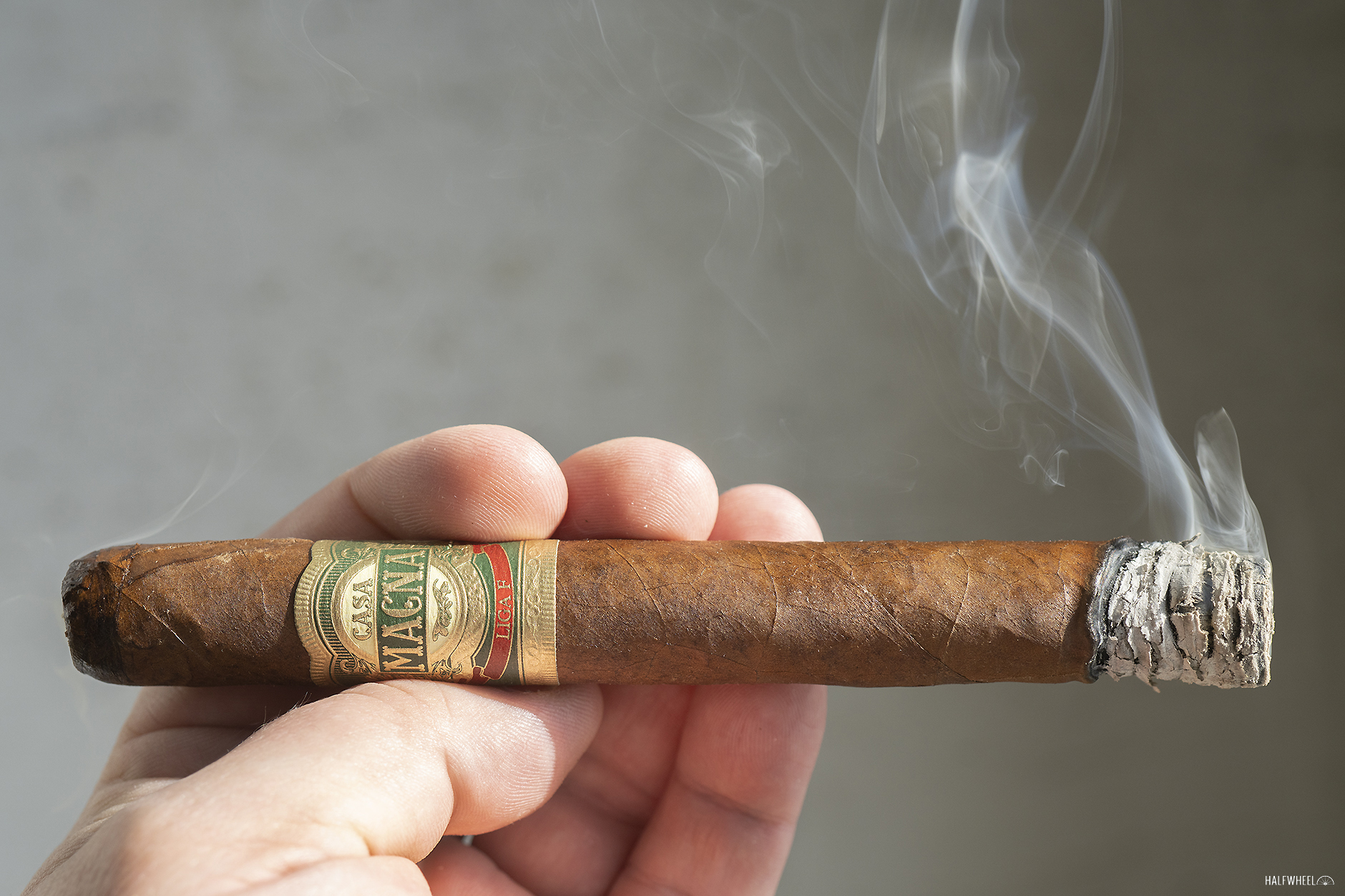 The lasted addition to the Casa Magna family was announced about a month prior to the 2021 PCA Convention & Trade Show; named Casa Magna Liga F—the F is short for Fuerte, which translates to strong from Spanish—the cigar incorporates an Ecuadorian sun grown corojo wrapper covering a Dominican binder and filler tobaccos from both the Dominican Republic and Nicaragua. Interestingly, the Liga F is produced at Quesada’s Tabacos de Exportación factory in the Dominican Republic instead of Plasencia Cigars S.A. in Estelí, Nicaragua, which is where the majority of the Casa Magnas are currently or have been rolled.

“The combination and balance of tobaccos from Nicaragua and different seeds from the Dominican Republic brings out wonderful complexity,” said Manuel “Manolo” Quesada Jr., president of Quesada Cigars, in a press release. “A sweet, rich, full body blend.” 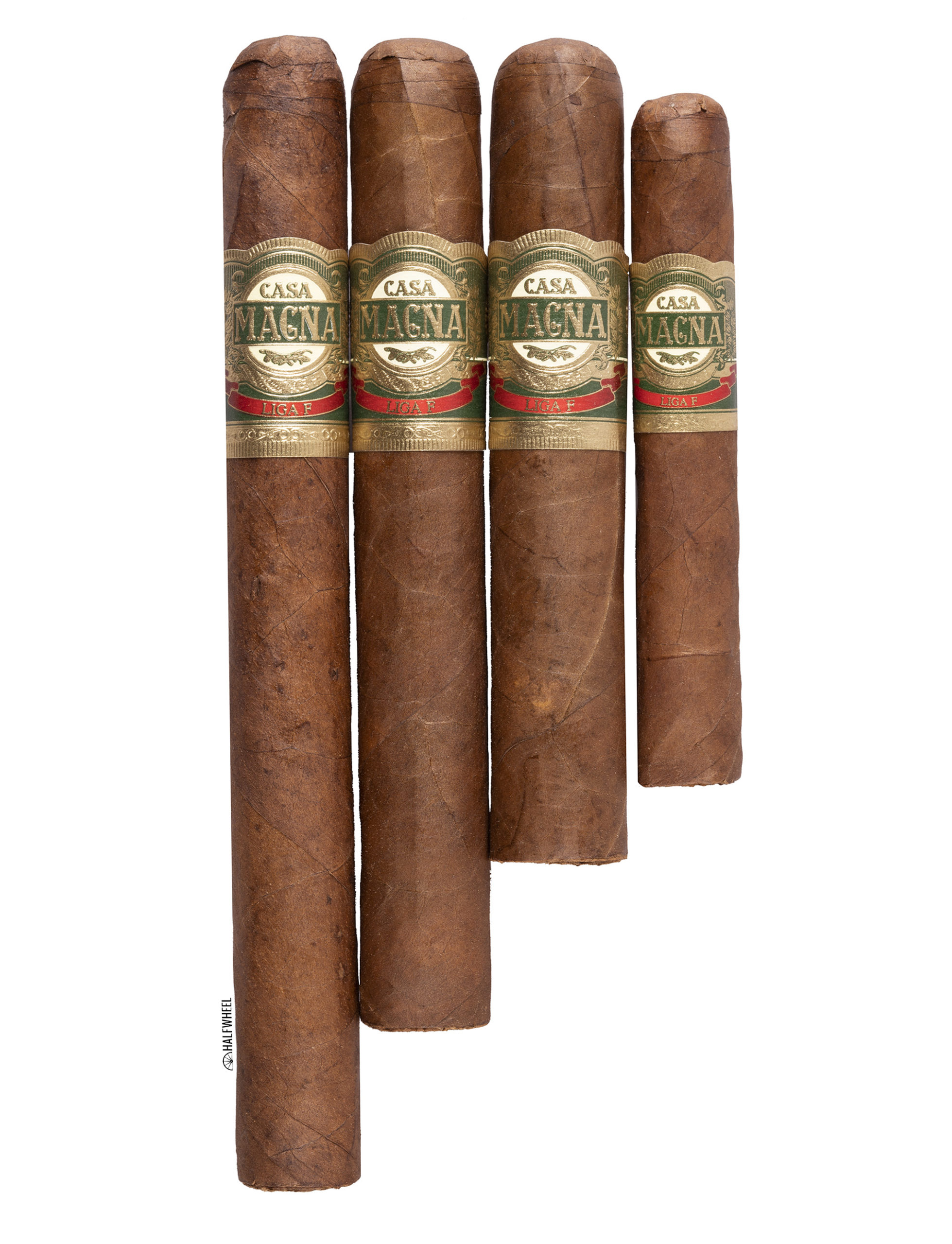 Here is what I wrote in my original review:

Anytime I smoke a cigar associated with the word Fuerte, I am a bit concerned about not only how strong the blend is going to end up being, but also how that strength is going to affect the balance in the profile. In the case of the Casa Magna Liga F Churchill, my concerns turned out to be mostly groundless. While it does start out with some obvious strength—and reaches the full mark around the middle of the final third—that strength is well-integrated enough to remain mostly balanced with the rest of the profile throughout the smoke. There are some relatively minor burn issues, but the blend is fairly complex overall and is full of rich notes like pine nuts, cocoa nibs, cereal and vanilla sweetness, along with some noticeable mineral saltiness on my lips that stuck with me for pretty much the entire cigar. 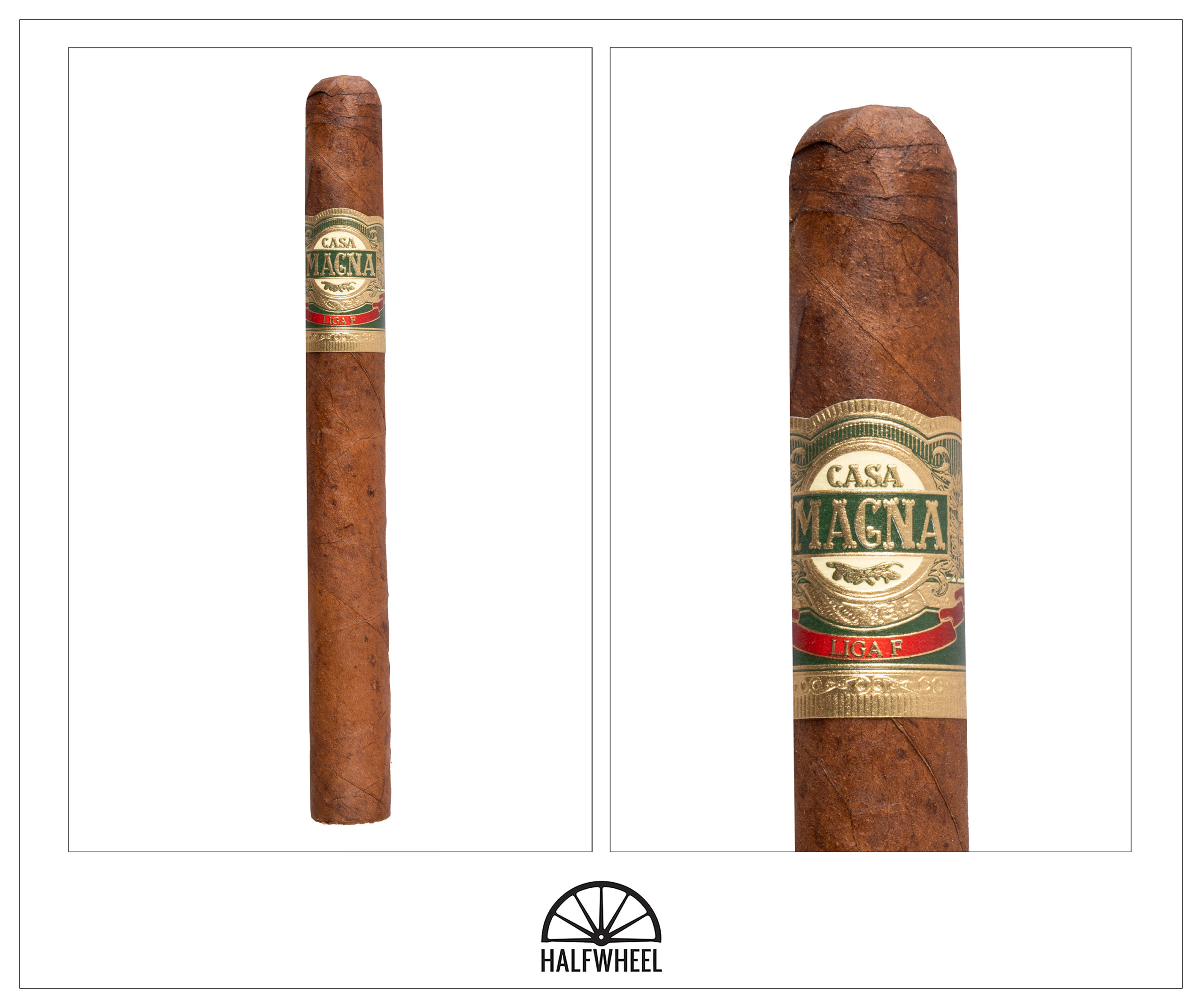 A dark brown, mottled wrapper greets me as I pull the Casa Magna Liga F Churchill out of the cellophane, and while there is some oil visible, it is not nearly as much as I remember from my first review. In addition, the cigar is extremely spongy when squeezed, a physical inspection reveals a massive soft spot between the foot and the main band. Generic wood, slight milk chocolate sweetness, leather and earth aromas are all easily discernible from the wrapper, along with a much less obvious potato chip note. The foot brings a new host of aromas, including strong cocoa nibs, black pepper, cedar, hay and brewed coffee. Finally, the cold draw includes flavors of strong dark chocolate, leather, cedar, nutmeg, baker’s spices and sweet almonds.

Considering how my original samples started, I am a bit surprised when I am assaulted by a significant amount of both spice and black pepper just after lighting the foot. However, both of those notes begin to fade almost immediately—although they remain strong enough to impact the profile through the first third—allowing the main flavor combination of earth and powdery cocoa nibs to emerge. Secondary flavors of hay, nutmeg, leather tack, almonds and plain oatmeal all make themselves known at various points, along with a very slight vegetal note on the finish. In addition, the retrohale features a nice amount of both black pepper and milk chocolate sweetness, both of which don’t seem to be going anywhere any time soon. By the time the first ends has come to a close, both the flavor and strength have reached a solid medium, while the body lags a bit behind a point just under medium. In terms of construction, the draw is excellent after a straight cut and smoke production is more than adequate off of the foot, but the burn gets into enough trouble to necessitate two corrections with my lighter.

Other than noticeably less spice on my tongue, there are not many major changes in the profile of the Casa Magna during the second half. The combination of cocoa nibs and earth remain the main flavors until the end of the cigar—albeit more of the former than the latter—while additional notes include almonds, potato chips, hay and a slight mineral saltiness that comes and goes. Plenty of both milk chocolate sweetness and black pepper remain on the retrohale, and while the finish has picked up a slight espresso bitterness, it is just not strong enough to make much of an impact. Flavor and strength end the cigar at medium-plus, while the body does manage to hit a point slightly over medium by the end of the cigar. Finally, there are no surprises when it comes to construction either, as the burn, draw and smoke production all seem to be working in sync until I put the nub down after one hour and 97 minutes.

While the Casa Magna Liga F Churchill starts out with a punch of spice and pepper in the first third that was not as obvious the first time I smoked it, they both dissipate fairly quickly, leaving behind a profile full of earth and cocoa nibs along with milk chocolate sweetness on the retrohale. Construction was decent overall—the excellent draw was easily the highlight in that regard—and while the blend still features some noticeable strength that peaks in the final third, I am not sure the Fuerte designation is warranted any longer. In the end, the Liga F Churchill seems to be one of those somewhat rare cigars that actually becomes slightly less enjoyable with a little age, although I would be interested to smoke it again in a year or so and see if that is still the case.