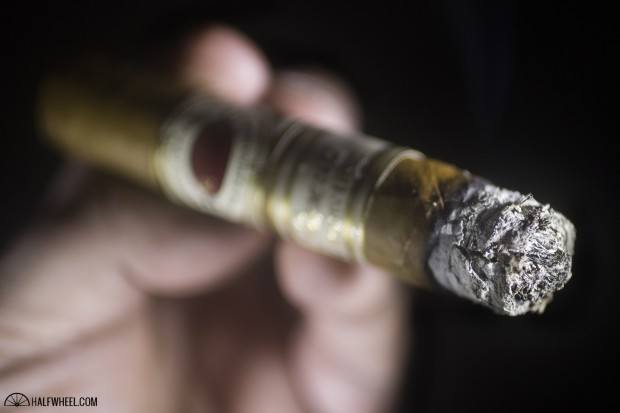 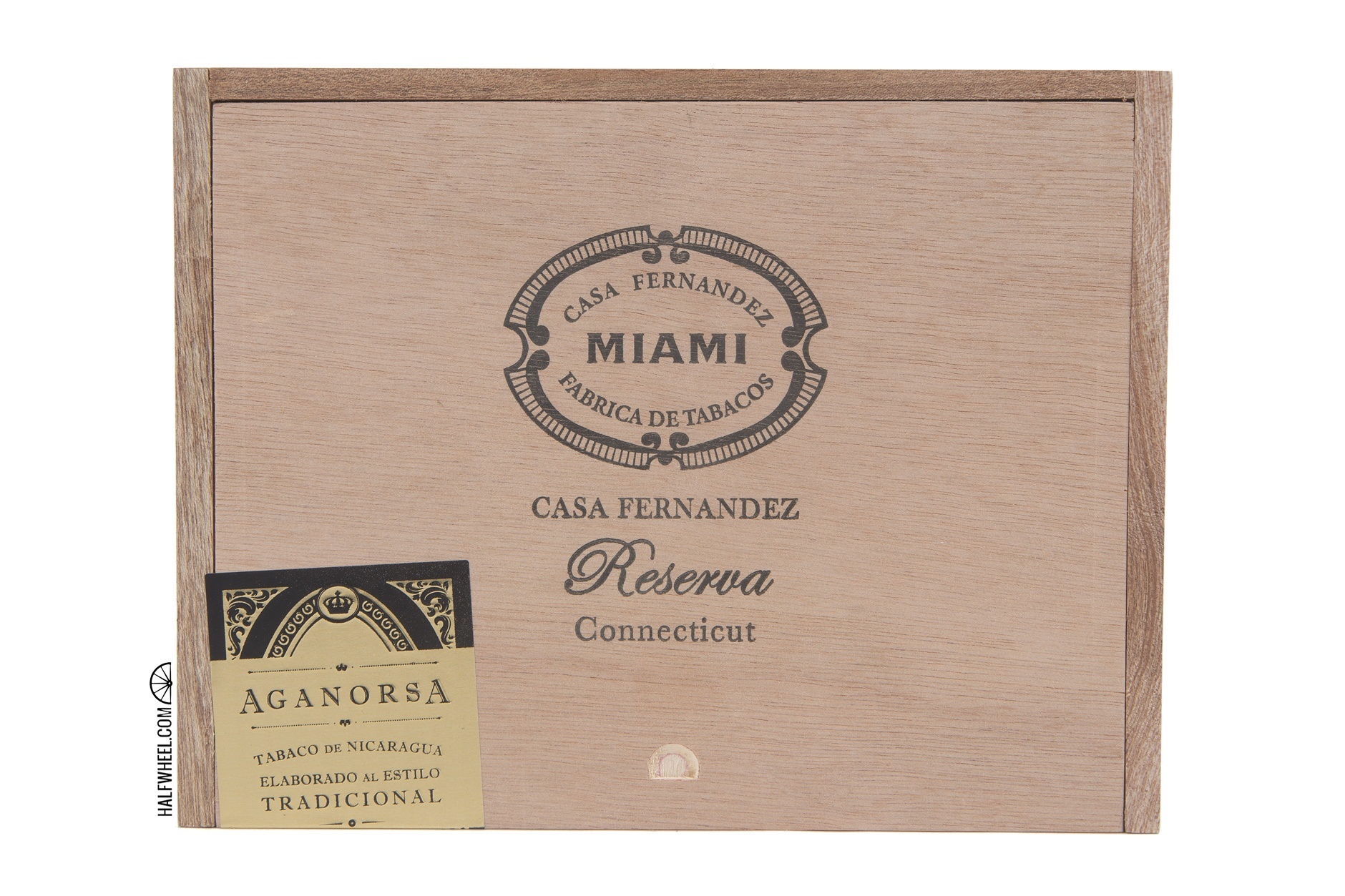 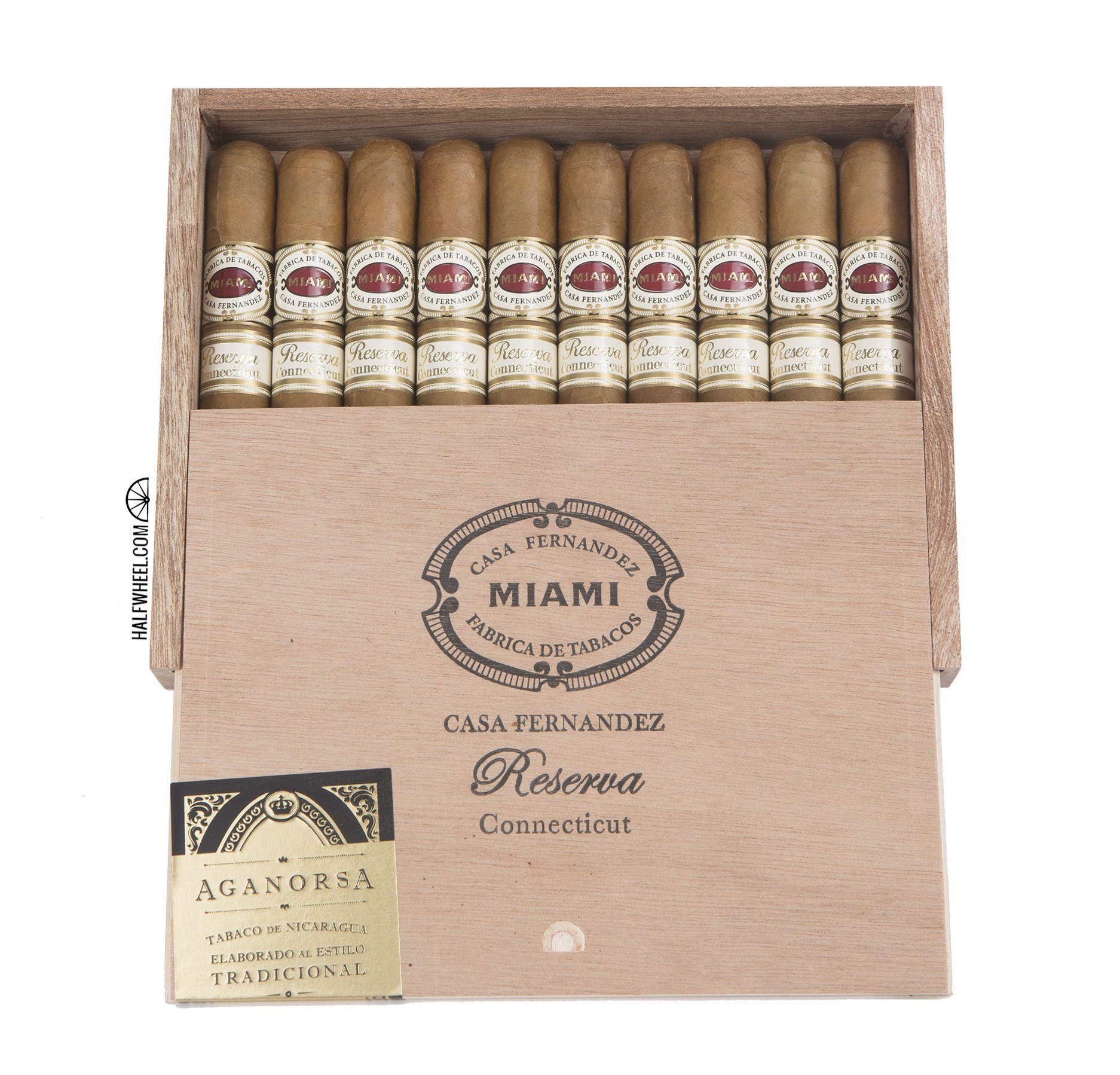 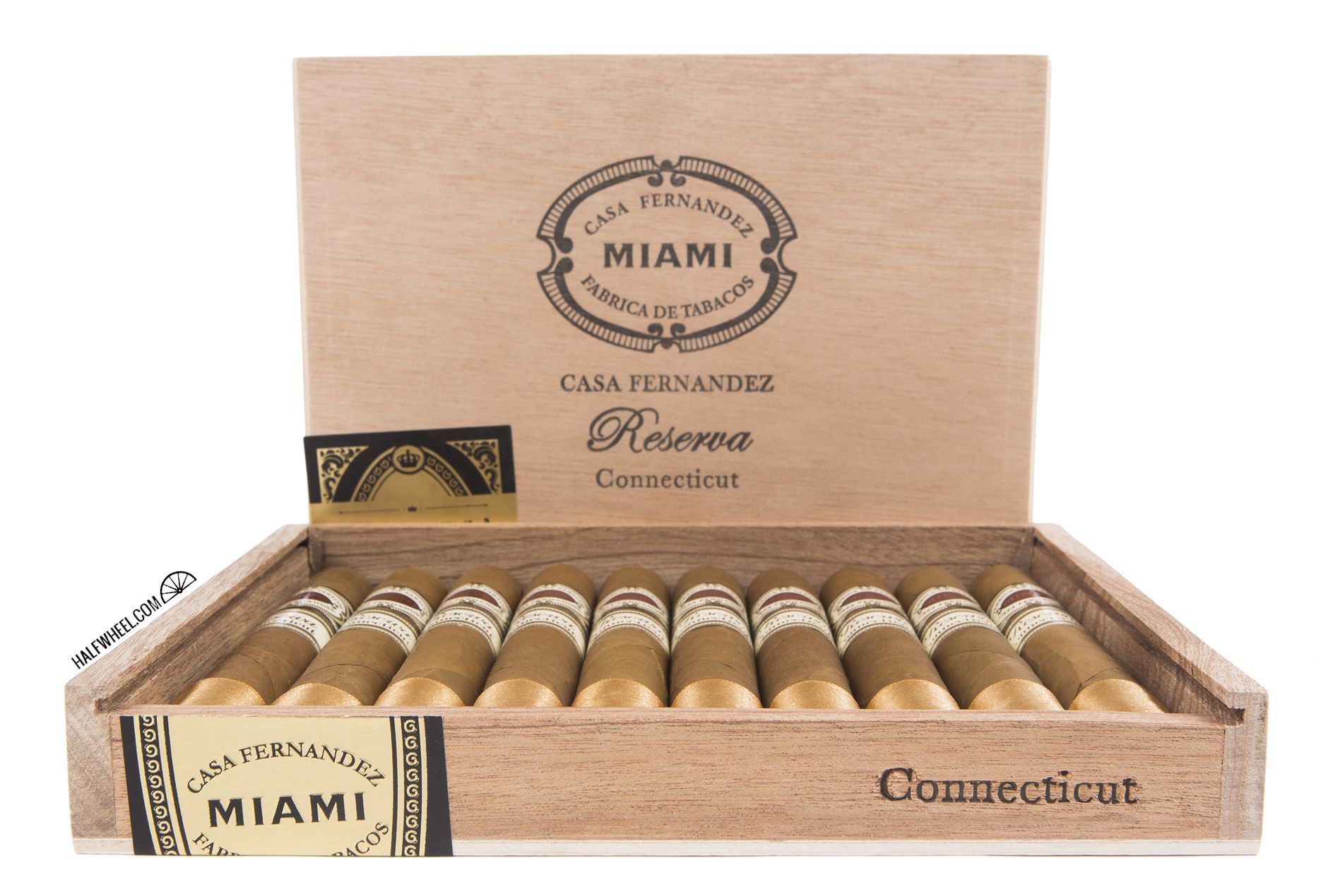 “Bryan Bird and (myself) started this project 2 years ago with Paul Palmer and Pete Hernandez,” said Chris Szeglowski, director of catalog marketing for Thompson, in an email to halfwheel. “We felt that a CT blend from Casa Fernández would be ideal for Thompson Cigar. It’s a limited production item (but ongoing), and exclusive to Thompson Cigar Company.”

Blend-wise, the Casa Fernández Reserva Connecticut is covered in an Ecuadorian Connecticut wrapper and incorporates dual Nicaraguan corojo 99 binders from Jalapa while the filler tobaccos are made up of  corojo 99 and criollo 98 leaves from both Estelí and Jalapa. The release is packaged in boxes of 10, with each cigar retailing for $8.75, although it has a promotional price of $49.95 per box of 10 at the moment. The cigars are rolled at Casa Fernández’s Estelí, Nicaragua-based factory, Tabacos Valle de Jalapa S.A. (TABSA). 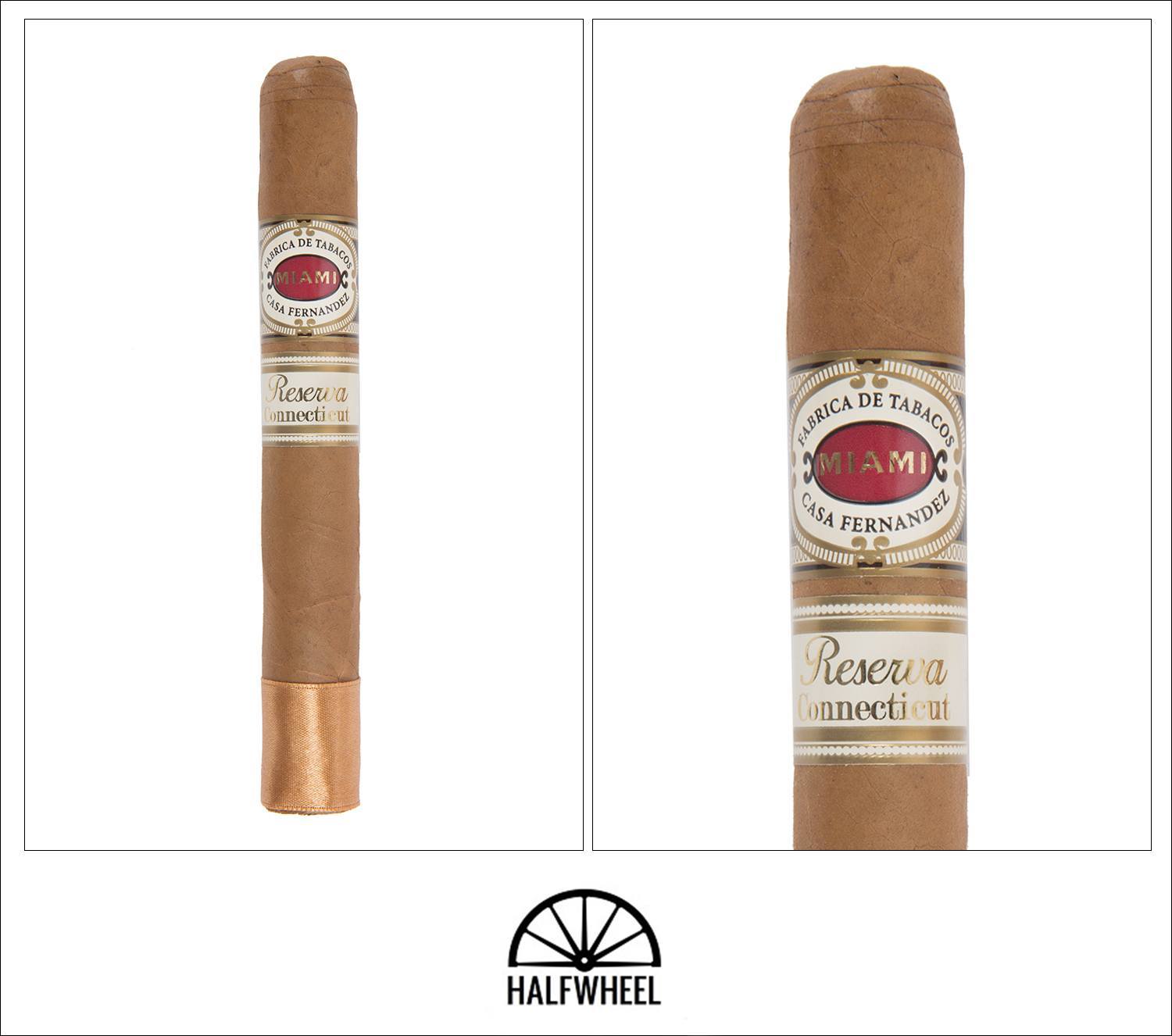 Covered in a pale golden brown wrapper that is silky smooth to the touch, the Casa Fernández Reserva Connecticut sports some very prominent veins running up and down its length. The cigar has a great amount of give when squeezed and there is very little oil visible. Aroma from the wrapper is a combination of creamy peanuts, sweet citrus, leather, manure and cedar, while the cold draw brings flavors of orange sherbet, creamy oak, earth, nuts, coffee and pepper.

The Casa Fernández Reserva Connecticut starts off with a prominent sweet orange citrus on the palate, along with other flavors of ginger, leather, white chocolate, creamy almonds and oak. There is a surprising amount of pepper on the retrohale, which combines well with a distinct lemongrass flavor that is also present. A subtle vanilla bean sweetness is also noticeable on the finish, but it is not a major component as of yet. Both the burn and the draw are excellent so far, with the razor-sharp burn the standout, and there is plenty of smoke billowing off of the foot. Strength-wise, the Casa Fernández reaches a point close to the medium mark by the end of the first third, but does not seem to be going anywhere fast from there. 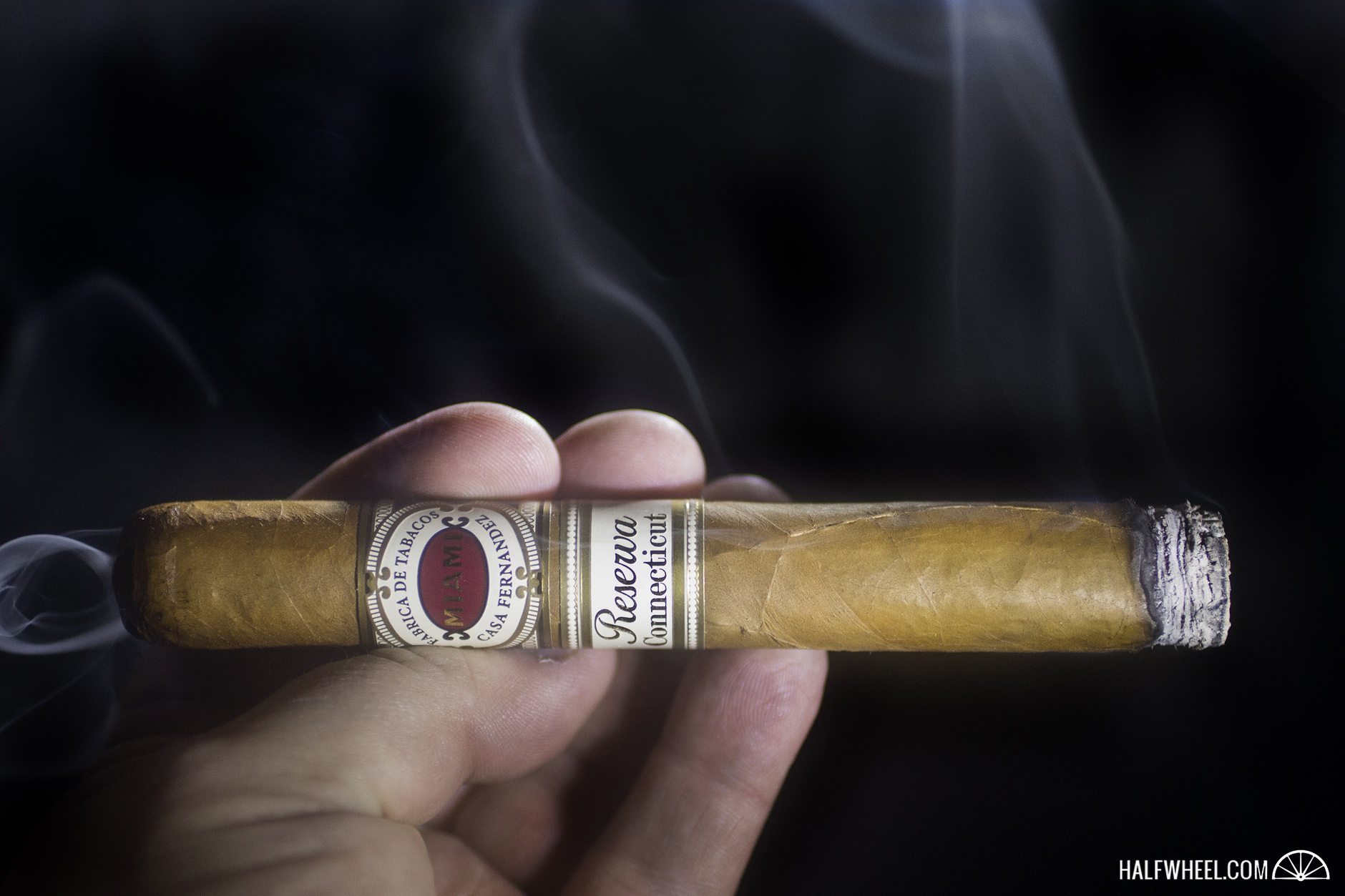 The orange citrus remains in the forefront of the profile during the second third of the Casa Fernández Reserva Connecticut, but it is not near as strong of a flavor, and other notes of creamy almonds, oak, bitter espresso, dark cocoa and leather flit in and out. Both the pepper on the retrohale and the lemongrass note are much reduced compared to the first third, but both are still quite distinct. The vanilla bean sweetness on the finish has increased slightly, and seems to be on the rise as well. Construction-wise, both the burn and draw continue to impress, and the smoke production does not seem to be receding anytime soon. The overall strength does hit the medium mark right at the end of the second third, but does not seem to be going any higher anytime soon. 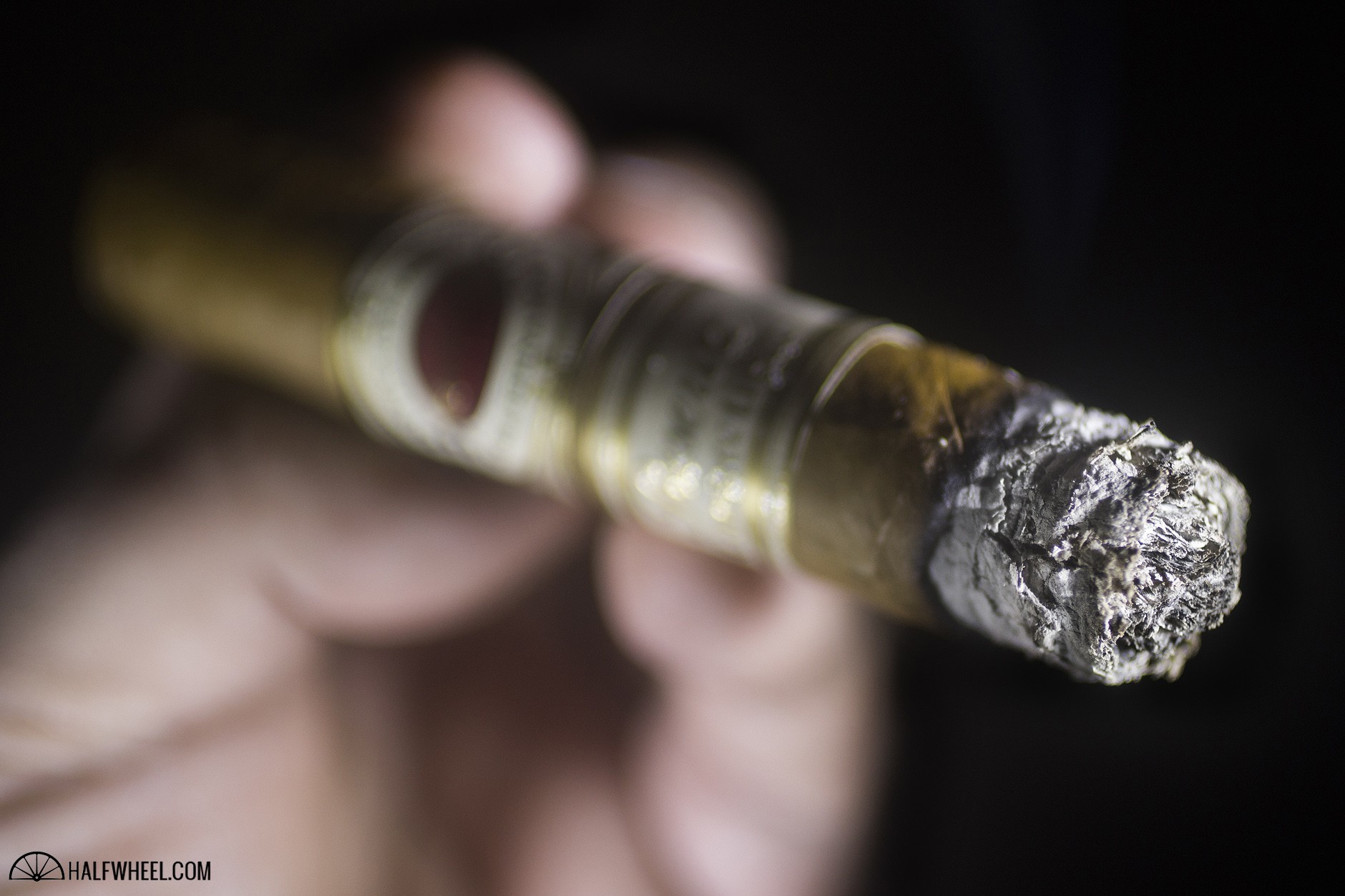 The final third of the Casa Fernández Reserva Connecticut is quite similar to the second third, with all of the different flavors of orange citrus, oak, coffee, leather, chocolate and lemongrass playing nicely together, although no one flavor is really dominant by this point in the cigar. The pepper on the retrohale is still lingering around, and the vanilla bean sweetness is quite noticeable compared to the second third. Both the burn and draw are giving me no problems whatsoever, and the strength hits a point just above medium right before I put the nub down with less than an inch left. 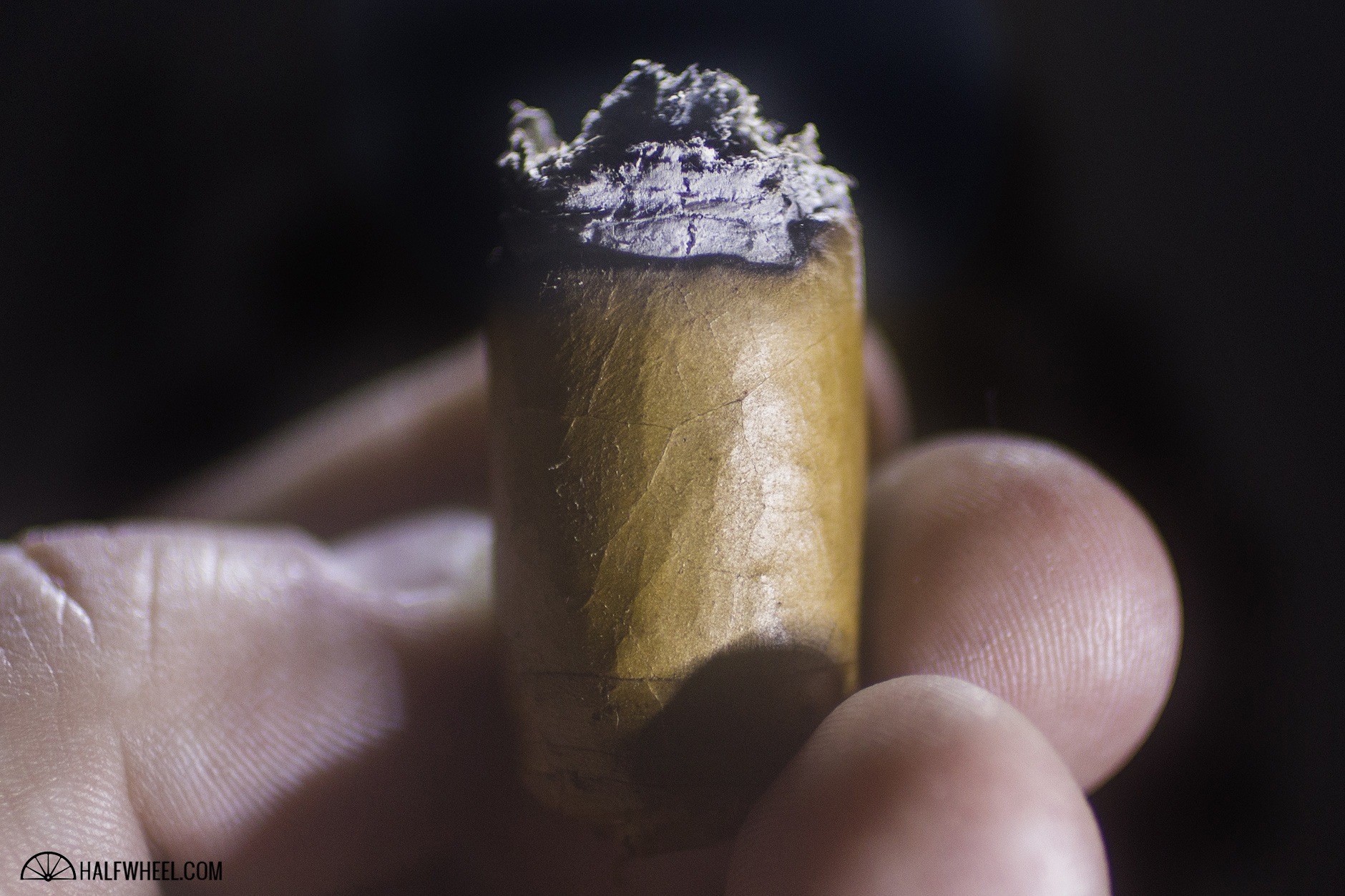 I have always been a fan of a well done Connecticut wrapped cigar, but most of the examples I smoke tend to sacrifice flavors for mildness. Thankfully, the Casa Fernández has chosen to not go down that road, featuring a profile that is both delicate and nuanced, while each flavor is distinct enough to to pick out any any point. The excellent construction and the great price are also major pluses, but those are really just icing on the cake. A great example of what a Connecticut-wrapped cigar can be.