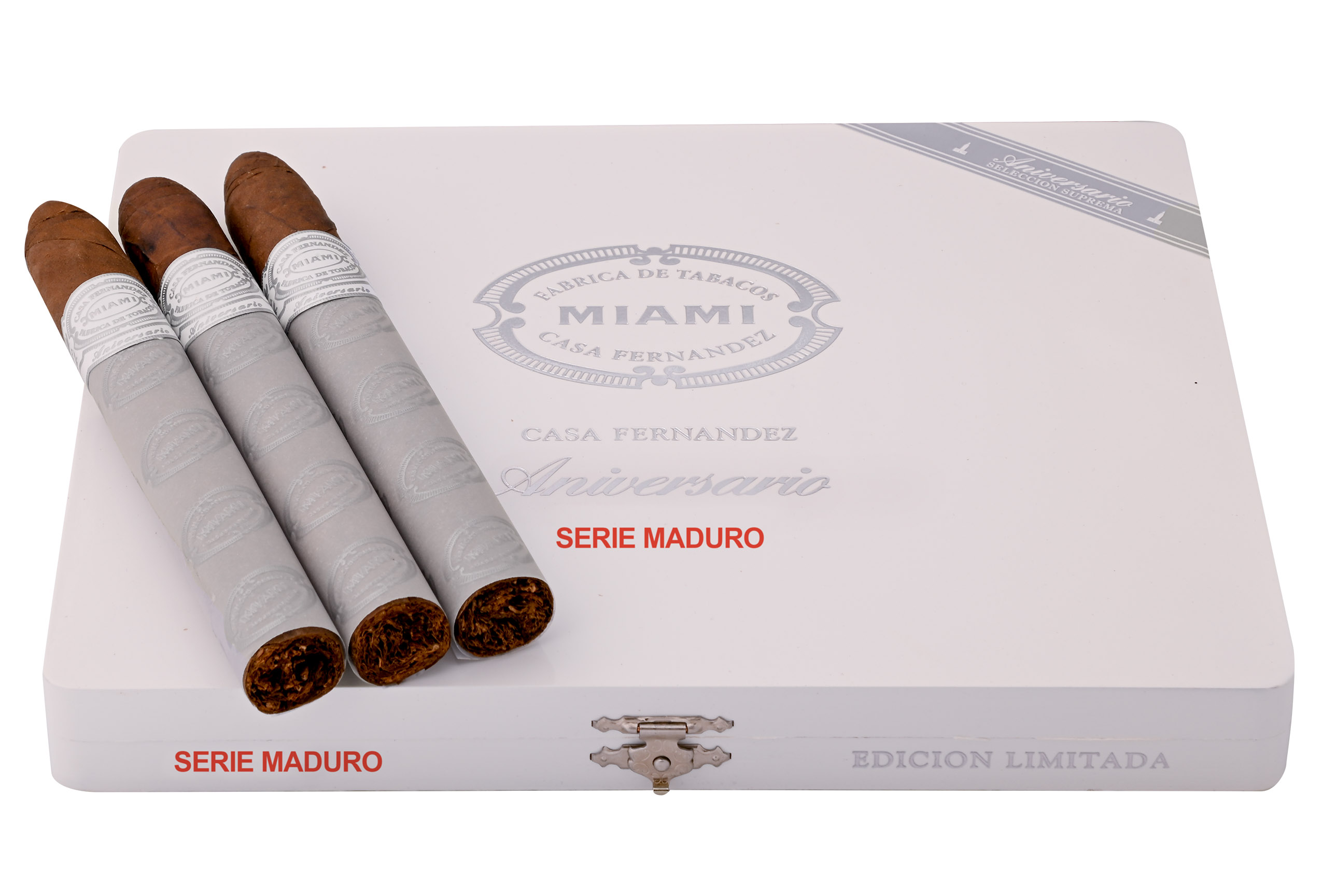 AGANORSA Leaf has announced that it will be releasing the third installment of its Casa Fernandez Aniversario line this July.

This new vitola will utilize the famed 109 vitola, known for its distinctive head and rounded shoulders. However, it is also getting a box press, and at 6 1/4 x 54, is shorter and thicker than the traditional Cuban size, which measures 7 1/4 x 50.

The blend is a Nicaraguan puro that uses exclusively AGANORSA-grown tobacco and is highlighted by a proprietary shade grown corojo maduro wrapper.

The cigars are rolled completely by hand at the Casa Fernandez Miami factory by a single torcedor, without the assistance of a Lieberman machine, a device commonly found in cigar factories to aid the bunching and binding process.

It will be an extremely limited edition, with just 250 boxes of 10 cigars being produced, a total run of 2,500 sticks. Each will retail for $13.09, before taxes, or $130.90 per box. Terence Reilly, the company’s vp of sales and marketing, said that the cigar will be limited to AGANORSA Select accounts this year.