In 2013, Casa Fernández did what any company would do to celebrate a significant anniversary, it launched a cigar.

The anniversary was the company’s 35th—more on that in a moment—and the cigar was the Casa Fernández Aniversario Bohème No. 35, a limited edition 6 x 54 toro gordo that came dressed in a white and silver bands.

As veteran cigar smokers might know the Casa Fernández name hadn’t been around for 35 years at the time of the cigar’s launch. Rather, in 2002, Eduardo Fernández Pujals purchased Tabacalera Tropical, which was founded by Pedro Martin in 1978, and is how the company got to a 35-year anniversary in 2013. Since that acquisition, the company has grown to become known as AGANORSA Leaf, a name that came from Fernández’s tobacco-growing operations and which was transitioned to in April 2018. The name encompassed now just the agricultural empire and the Casa Fernández brand, but also the three factories the company owns, one of which is in Miami with the other two in Estelí and Jalapa in Nicaragua.

While a one-and-done release of the Aniversario line would have been perfectly understandable, the company decided to keep it and release a new cigar in subsequent years, including one in 2020. The 2020 installment is a 6 1/4 x 54 toro, but featuring a 109-style cap, a more subdued figurado head design than a typical belicoso, generally with softer sloping shoulders.

The cigar is made at the company’s factory in Miami, and in particular, each cigar is made by a single person as opposed to being rolled in pairs. This method is the norm in Cuba, with a single person bunching the filler and encasing it in the binder, then rolling on the wrapper. Additionally, the filler bunching is done by hand, without the assistance of a Lieberman machine.

It is now the seventh release in the Casa Fernandez Aniversario series: 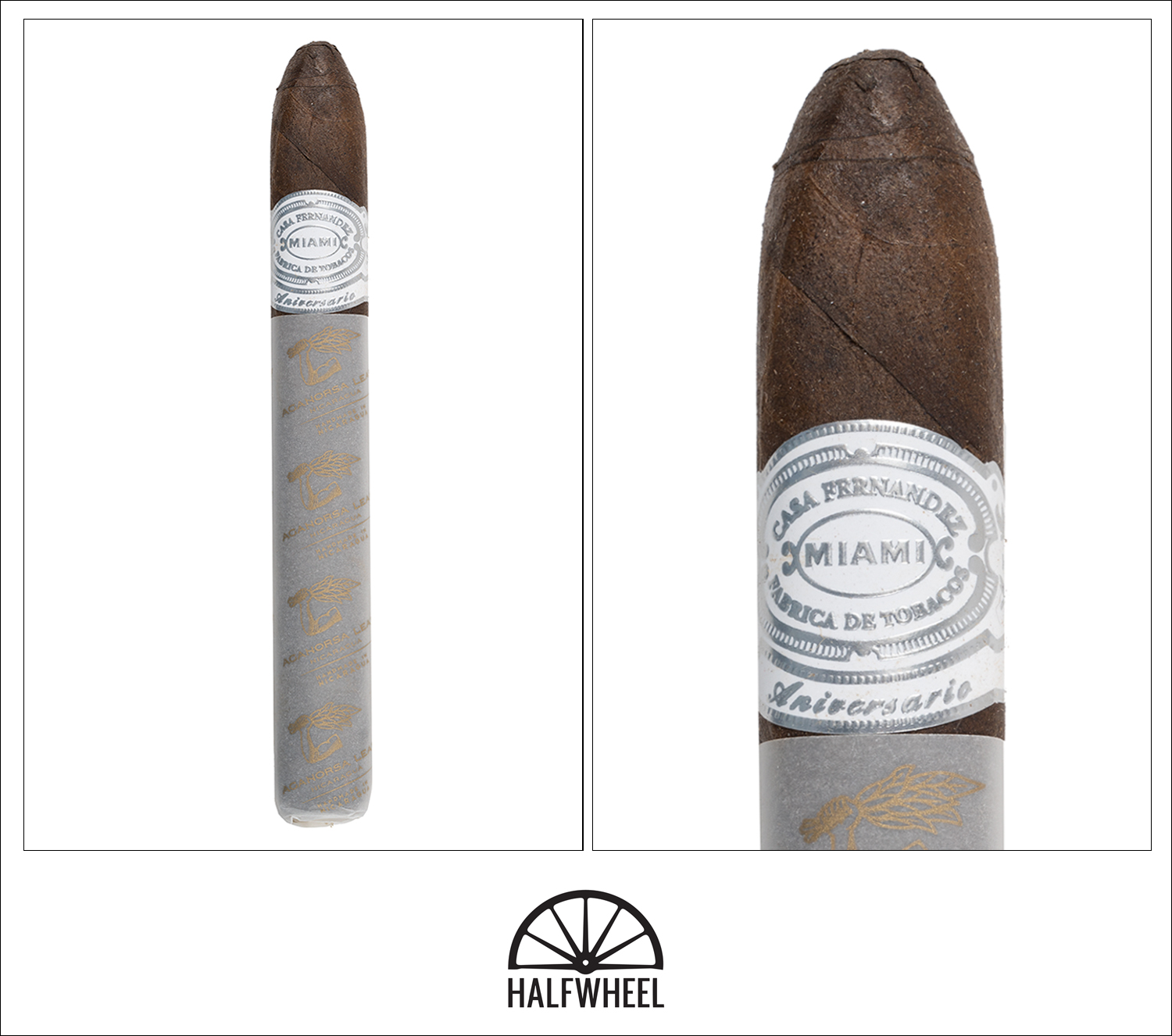 There is plenty to take in Casa Fernández Aniversario Cuba 109 Maduro. I start at the top with the almost architectural appearance of the pressed 109 style head, which isn’t as pointed as a traditional belicoso. In this case, the tip of the head seems particularly flat, while the slope of the shoulders is just a bit more pronounced, but I like the look. Then there is the long sleeve of white, waxy paper that covers the cigar below the band. Sliding that off reveals a meaty brown wrapper with a good amount of tooth, minimal veins and a bit of oily sheen for the eyes and texture for the fingers. Even with the box press, it’s a firmly constructed cigar, showing just a small amount of give. Removing the sleeve also reveals a covered foot, with generally complete and tidy coverage, though some samples are better than others and one probably less than half covered. Aroma-wise, I pick up something that is largely neutral, and while it sounds a bit esoteric, it reminds me a bit of a closet in an older wooden house. There’s not much pepper or sweetness, and even generic tobacco doesn’t seem to be a fitting descriptor. More intense sniffs will pull out some pepper and I pick up occasional notes that have me thinking of root beer and soil, though it takes some effort to get to them. The cold draw is much more rewarding, with air moving easily and offerings a sweet, jammy first flavor. There’s not much in the way of pepper and the flavor doesn’t hold onto or develop the sweetness, though one does pick up a syrupy root beer flavor. But if anything, the jam flavor soaks into the flavor of a biscuit or very plain roll, which is both familiar and enjoyable.

Even with the covered foot, it takes a few puffs before I get enough from the Casa Fernández Aniversario Cuba 109 Maduro to start writing some notes, but after those puffs, I get a refined and complex black pepper which hits the nose and palate with a punchy finesse. As the ash builds, so does the flavor, picking up a bright earthiness that is very enjoyable before it seems to pick up a mineral-forward edge and begins leaving a lingering finish on the tongue. It’s a medium-plus to medium-full start, not overwhelming and not a whiplash-inducing build-up, but somewhere in the middle. There are some suggestions of sweetness, but most of them seem to quickly get overtaken by the earth and pepper when they do appear. Retrohales continue to be the brightest way to enjoy the cigar, as each is a little explosion of bright white pepper in the nose, followed by a quick black pepper finish. One sample is a bit drier on the palate, something that comes with a bit of irritation, though it’s not overpowering. The first third finishes with flavor and body between medium-plus to medium-full, while strength is a still tame medium but feeling like it won’t stay there for long. Technical performance is very good, with plenty of smoke, solid ash, an easy draw and an even burn line. The second third of the Casa Fernández Aniversario Cuba 109 Maduro picks up a more pronounced earthiness that is heavier on the palate and also lacking the mineral character from earlier. That progression has enveloped the black pepper and made it harder for it to stand out until it lingers on the finish, but it is still part of the overall profile. It is also part of the retrohale, seemingly toting a bit of volcanic soil with it as well that delivers a short but fiery tingle to the nostrils. Whatever attempts the cigar was making at sweetness have stopped, leaving an enjoyable, earth and pepper dominant flavor, which is enjoyable on my palate though might be too much for some palates. The back half of the second third brings about some nicotine strength, as the cigar is starting to elicit more of a physical effect beyond what it has done on the palate and in the nose. Flavor kicks up to full with the addition of a damp but vibrant woodiness that adds more weight to the smoke when it combines with the earth and pepper, soaking and almost bearing down on the taste buds. Body is medium-full and increasing, while strength is medium-full and continuing to build. Construction has been very good, with only a brief pause in my smoking rate necessitating the relight of one sample. 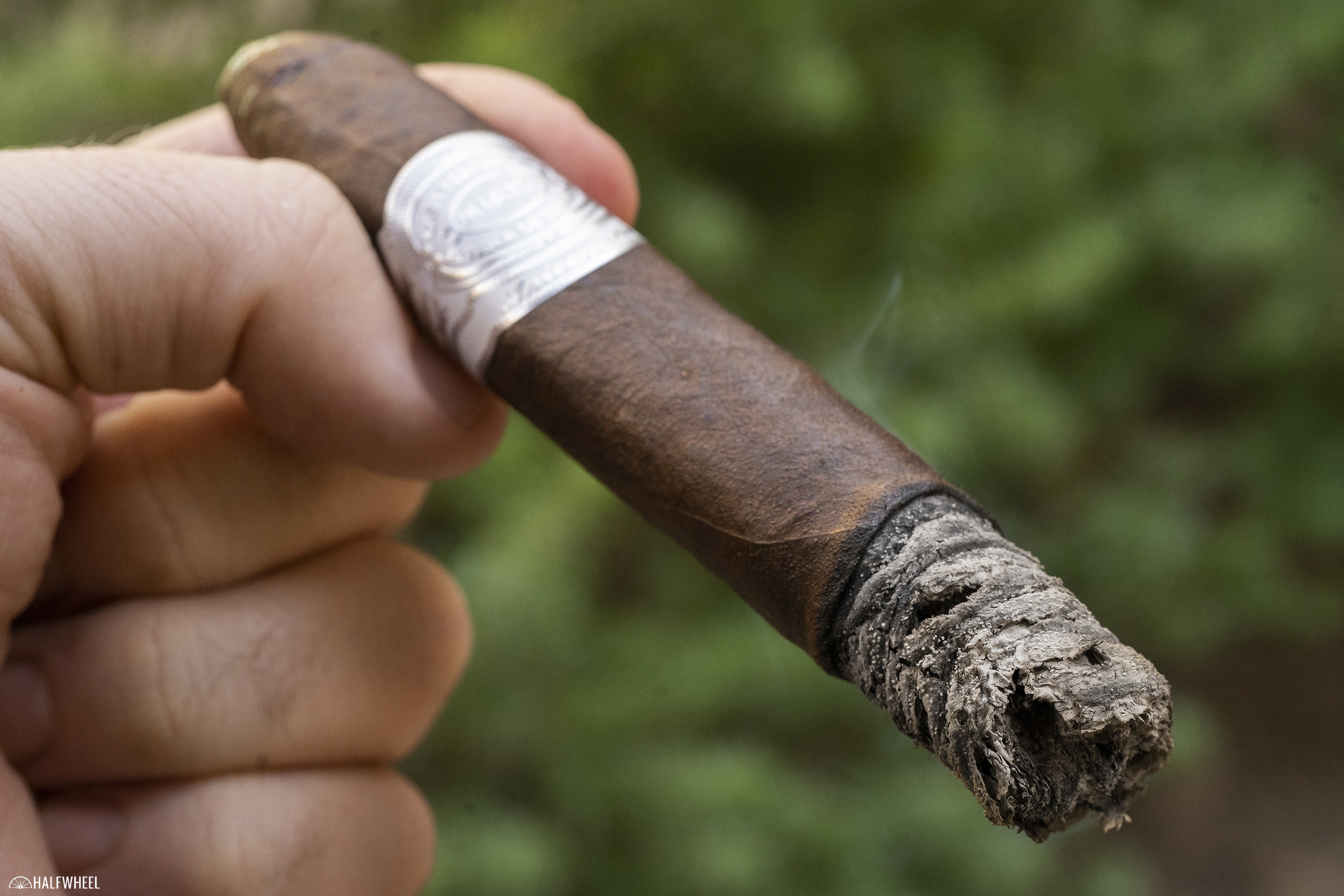 There is continued distilling and intensifying of the flavors as the Casa Fernández Aniversario Cuba 109 Maduro enters its final third, with the core earthiness becoming denser and more concentrated, even if it doesn’t rise up and truly dominate the profile. Nothing truly dominates at this point, not even the black pepper which undergoes some of the same effect and continues to leave a lingering tingle and even a slight burn on the palate. Retrohales have much the same effect on the nose, tingling for several seconds after an exhale. Rather, the cigar enters a phase where it is showing the sum of its parts, a profile that hits the senses with some focused force, methodically setting an earthy core profile on the tongue and letting the pepper emerge from it and then establish what becomes a lingering tingle that helps space out the puffs. I’d love some sweetness to come in for both complexity and balance, but even without it, the blend offers more than enough flavor with each puff. Flavor, body and strength are all at a refined level of fullness, while construction continues to be nearly impeccable. 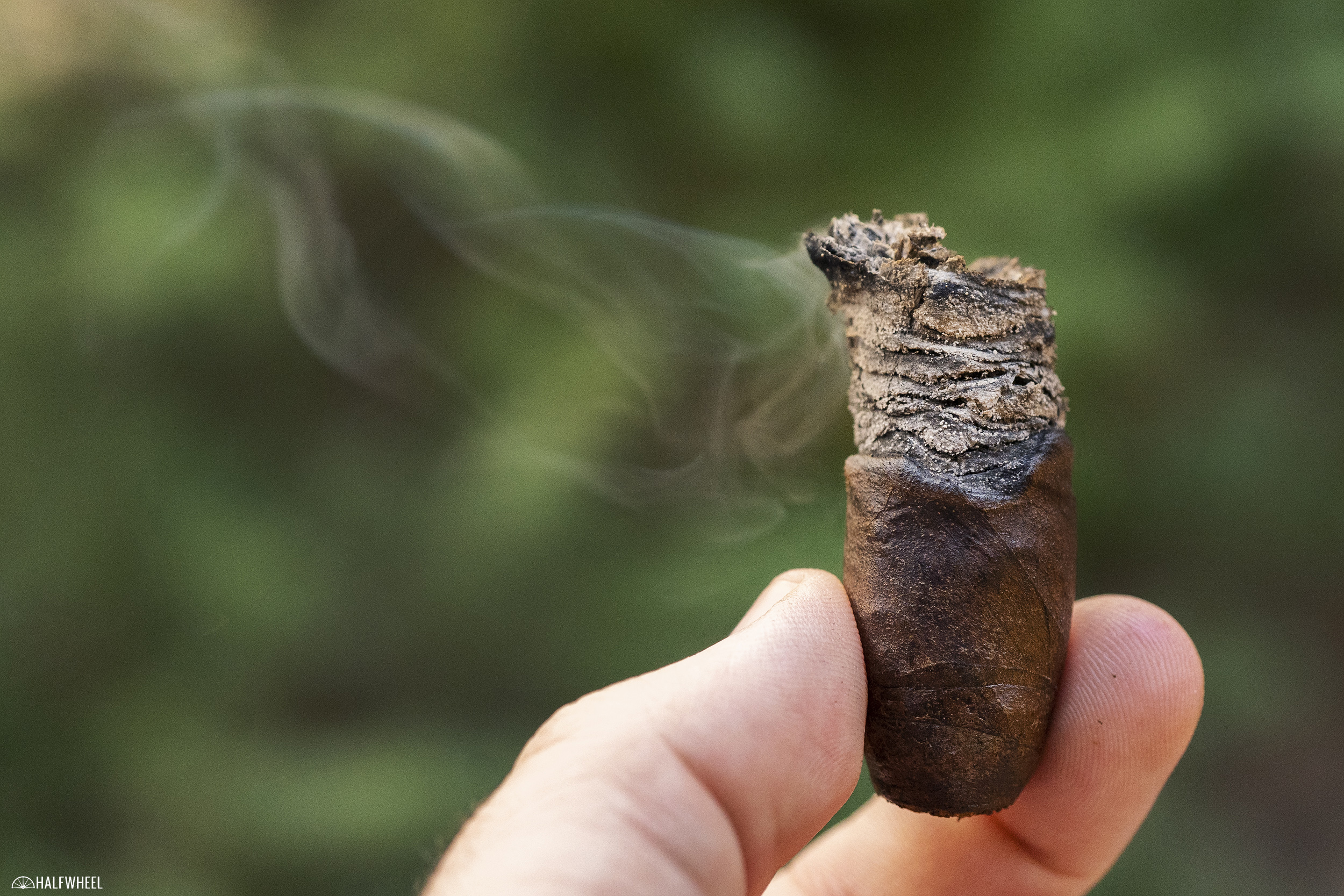 If you have an itch for an earthy, peppery Nicaraguan puro cigar that shows outstanding balance and fleeting moments of complexity, the Casa Fernández Aniversario Cuba 109 Maduro is a cigar that should do an incredible job scratching it. This beautifully made toro is rich with flavor, finding its profile not long into the first inch and steadily evolving it until it reaches a robust, full-bodied and full strength in the final third. If there's one thing I would love this blend to offer more of, it's sweetness, both to add complexity to the blend and to counterbalance the earth and pepper, which can get to be a bit singular at times. This isn't the cigar you wake up and smoke, this is one that you look forward to throughout the day and light up when you're searching for something very specific. The rewards are certainly plentiful and should leave you feeling quite satisfied by what the AGANORSA Leaf was able to create as the latest installment in its Casa Fernández Aniversario series.