I’ve attended Procigar, the Dominican Republic’s main cigar festival, for most of the last decade, and over the years I’ve gotten to know people who I more or less only see at Procigar. Some of those people are from Los Gatos Cigar Club in San Jose, Calif. In 2018, five of them opted to create the Casa de Sueños brand with the cigars made at De Los Reyes.

The company currently has three different lines, the most recent of which, Angelito, debuted in May 2022. It uses an Ecuadorian claro wrapper over an Indonesian binder and Dominican-grown corojo and criollo 98 fillers. 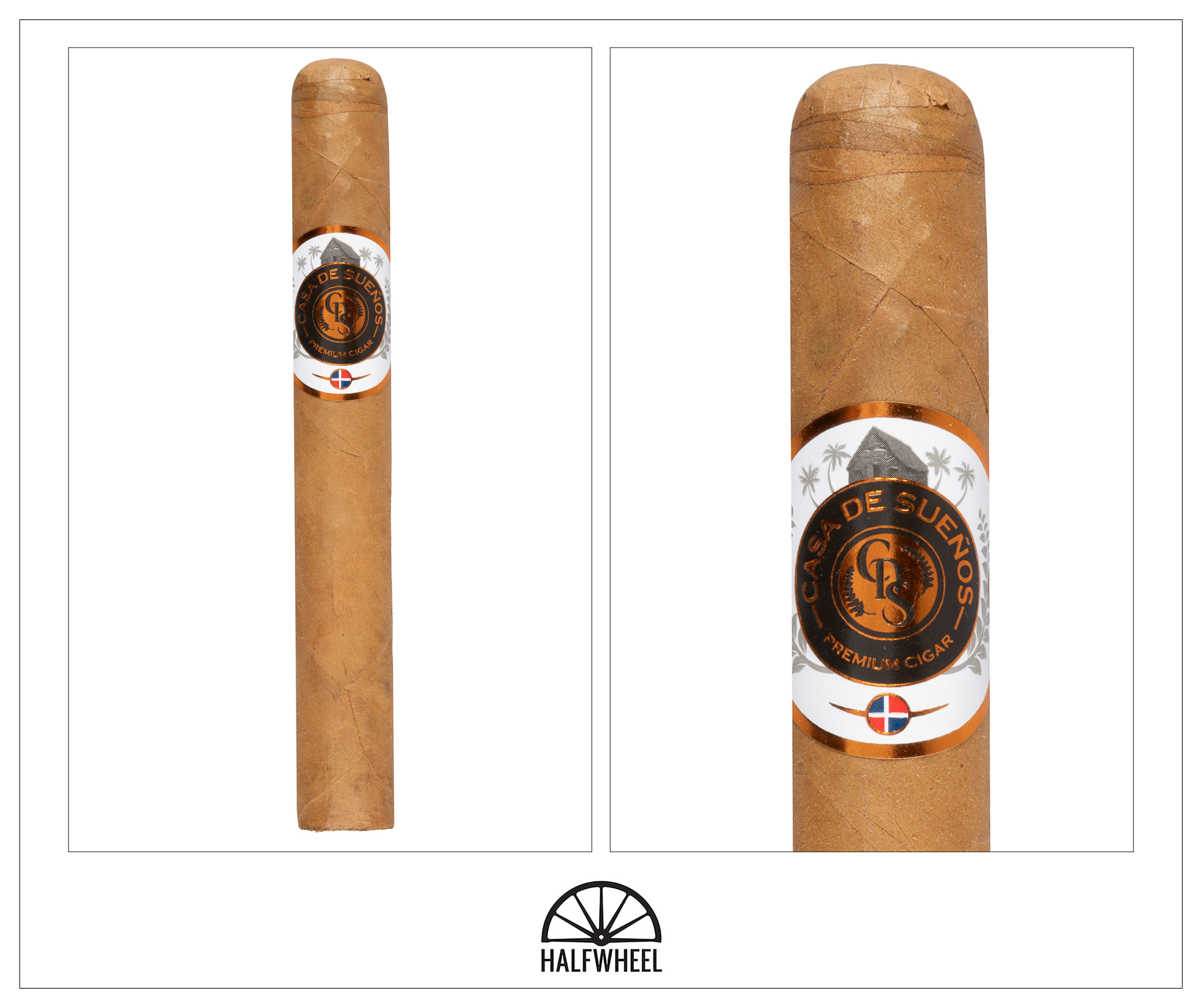 While the boxes I saw at the 2022 PCA Convention & Trade Show showed the cigars in cellophane, the cigars I’m reviewing showed up without cellophane. Appearance-wise, the wrapper has a pretty golden tan color that is much more orange than what I’d expect from a typical Connecticut shade cigar. While the color is very consistent, there are a number of veins that protrude from the wrapper in a very visible manner. For the sticklers amongst you, I also find one small water spot on the side of one of the cigars. The aroma from the wrapper is quite mild and the only thing I can really detect is some acidity. The foot’s aroma is medium in intensity and includes lots of floral flavors, sweet cedar, some black tea and a smell that reminds me of stale bottled water. Though not rising to the levels of a flavored cigar, the cold draws are very sweet with flavors of ketchup, sweet cedar, some creaminess, coffee and floral flavors. I find the cold draws to be slightly open for the ring gauge, with one cigar perhaps a bit more open than just slightly.

The Angelito Corona begins with flavors of freshly-toasted bread followed by cedar, oak, generic toastiness and a mild burnt caramel flavor. From the first few minutes, it’s apparent that the Angelito is capable of being smoked at basically whatever puff rate I want, including an epically slow rate that sees the first inch take nearly 40 minutes on one cigar. Flavor-wise, it’s very fragrant—almost to the point where it can feel a bit hollow at times—led by nuttiness over some floral flavors, toastiness and a mild saltiness. The finish has lots of a generic whole grain flavor over some Pringles-like potato crisp flavor, nuttiness and black pepper. During some puffs, the nuttiness can be somewhat off-putting, though it’s the minority of puffs. Retrohales see the floral flavors come to the top, beating out grassiness, earthiness and some generic fruit flavors. The finish reminds me a lot of perfume as there’s a split-second where I taste some bergamot before it is enveloped by some starch-like flavors such as earthiness, barnyard and cashews. Flavor is medium-full, body is medium-plus and strength is. Construction is fine on two cigars, while one sample has a slightly loose draw.

If this cigar was some sort of speaker, I’d say that it’s quite warm but missing some midrange. The flavors remain very fragrant, capable of delivering very nuanced and delicate sensations in specific parts of my mouth, which would be the highs. There’s also some milder flavors that are consistently present during every puff, but clearly as a background flavor—that could function as the hypothetical low-end. What’s oftentimes missing is the midrange part that can cover one area of the palate with a leading or close to leading flavor—something that most cigars have and oftentimes have too much of. The second third of the Casa de Sueños Angelito Corona is quite earthy, though cedar and creaminess are not too far behind intensity-wise. Toastiness remains—a bit less harmonious than before—and there’s some mild sugar cookie-like sweetness. After the halfway mark, the earthiness and cedar are replaced by nuttiness, which joins the creaminess as the main flavors. In addition, one sample has some white pepper. The finish is much more akin to what I’d expect from a Connecticut shade cigar: creaminess, leather, and dry leaves. Floral flavors remain part of the retrohales, now joined by a more even mixture of oak, leather, red apple and a dry creaminess. The finish of each retrohale is dominated by Spanish cedar with other flavors of leather, wet fall leaves and black pepper. Flavor is getting closer to full, body is medium-full and strength is medium. At least one touch-up is needed on each cigar to help with declining smoke production. While it’s not as unique as it was in the second third of the cigar, cedar emerges as the leading flavor of the final third of the Casa de Sueños Angelito Corona. It’s joined by creaminess, earthiness, a mild black pepper and touches of saltiness. The finish has creaminess over black pepper and salt; a rather pedestrian mixture compared to the earlier parts of the cigar. Retrohales have cedar over creaminess, a generic apple flavor and some white pepper. Creaminess emerges once the smoke has left my nostrils, joined shortly by black pepper, some terroir and barnyard. Flavor is full, body is medium-plus and strength is medium. One cigar avoids further touch-ups, but the other two cigars need help with the smoke production to get the cigars to the finish line without going out. Given that most people have likely never heard of Casa de Sueños, I think the Angelito will be able to impress those new to the brand. It’s a far better cigar than the median cigar sold on the market today, which makes sense given which factory the cigars are made at. I’m curious to know what caused the lack of midrange that I described, as it’s something I’ve begun to notice more about cigars of late and it stands out as the one thing I'd personally like to see changed. Whatever the case, I think this is a solid introduction to the company and it certainly is more enthralling than most cigars that list a blend composition of an Ecuadorian wrapper over an Indonesian binder and Dominican fillers.