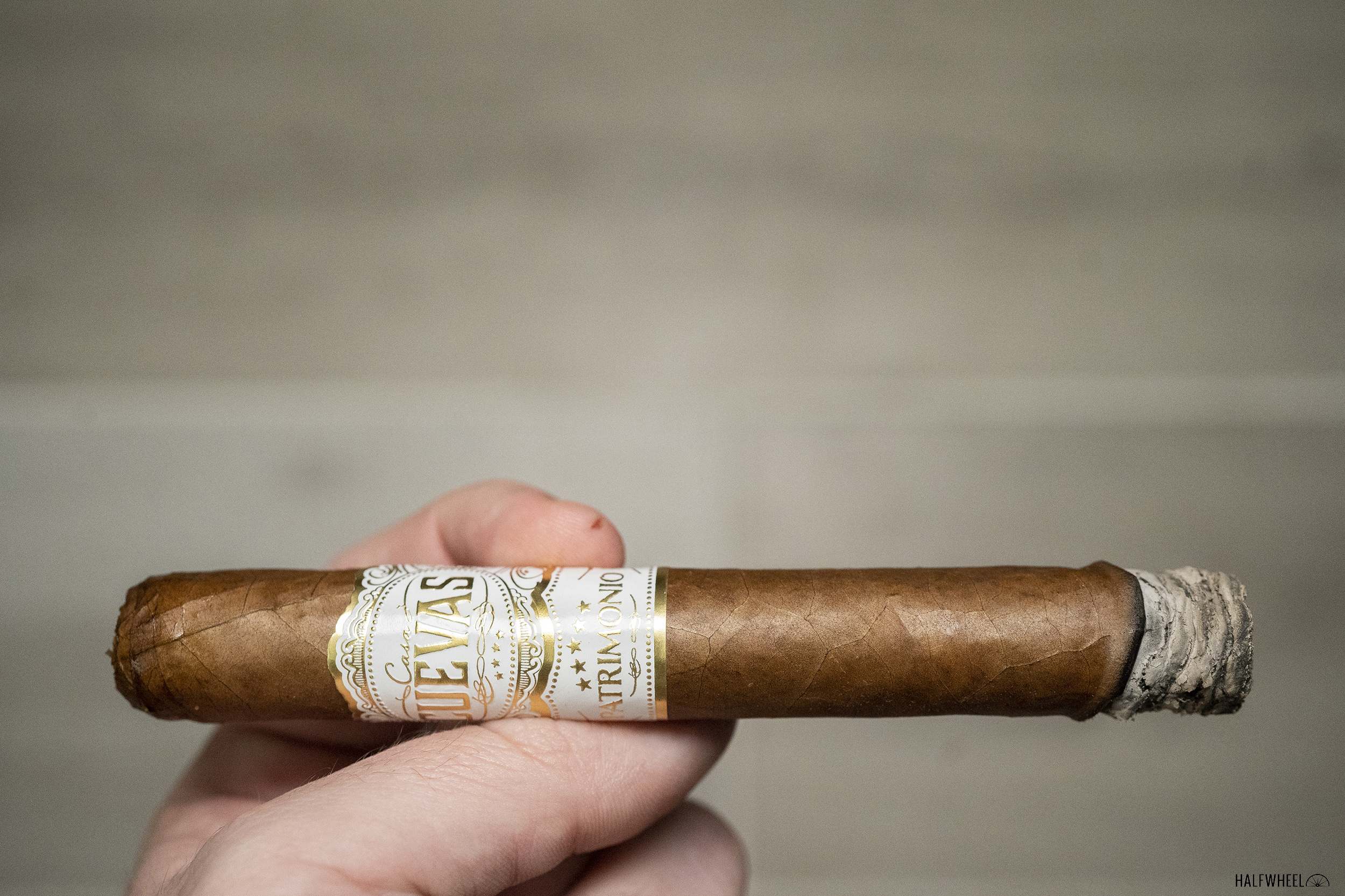 Family operations are nothing new in the cigar business, and neither are cigars that celebrate the patriarchs of a company. In 2021, the Cuevas family released a new cigar line that does just that for its tobacco heritage, the Casa Cuevas Patrimonio.

It uses a Honduran corojo wrapper, Ecuadorian habano binder and fillers from Nicaragua, Peru and the Dominican Republic. The company calls it a full-flavored, full-bodied cigar that aims to deliver an extremely complex blend with rich, bold flavors. It was blended by  Luis Cuevas Jr. and his son Alec Cuevas as a project they dedicated to Luis Cuevas Sr. and the paternal lineage of the family’s tobacco history, which began over 100 years ago. It traces back to Juan Cuevas, who began growing tobacco in Cuba in the mid-19th century after leaving Spain.

It is offered in three sizes, all of which come in 20-count boxes. “Patrimonio is a project that is extremely near and dear to my son Alec and myself,” said Cuevas Jr. via a press release. “When my father left Cuba, he left tobacco behind. Years later, after rebuilding in the U.S.A., he was able to revive our family tobacco history by opening his cigar factory in the Dominican Republic. Because of my father’s perseverance, our family legacy continues to live on.”

The cigars are made at Tabacalera Las Lavas S.R.L., the company’s factory in Santiago, Dominican Republic. They debuted at the 2021 Tobacco Plus Expo before shipping to retailers at the end of August. When you see a cigar with white and gold bands like the one the Casa Cuevas Patrimonio Toro wears, the wrapper isn’t usually this dark. The Honduran corojo leaf is quite tanned and an impressively reddish brown in the right light, with a darker hue from the thin veins and a bit of mottling as well. There’s just a bit more vein structure than average, which gives the leaf some visual texture, while the leaf itself has a drier texture on my fingers due to just a bit of oil on the leaf. The cigar is firmly rolled, with a dense core and a bit of give around it. It also appears to be rolled well, with flat seams and well-applied caps. The foot has a light aroma that I can’t place at first; there is just a bit of pepper but it is well behind other aromas of dry firewood, cake donut and a bit of coarse sugar sweetness. Maybe I’m spending too much time in the bakery section of my grocery store, but I’d put it somewhere in the non-fruit muffin section. The cold draw ranges from smooth and easy to firm with its air movement, and is fairly restrained with its flavor; there is a bit of damp cedar, pepper and Honduran terroir, while the leaf itself imparts an appreciable tingle on my lips.

I’m almost too distracted by the lip tingle I get from the first Casa Cuevas Patrimonio Toro to be able to focus on what the smoke has to offer; but among all three samples I pick up a bit of creaminess, cedar, dusty earth and unsurprisingly, some pepper. A retrohale isn’t as affected by the lip tingle and pushes the white pepper into the forefront while supporting it with a bit of dry creaminess and woodiness, the latter of which enhances the nostril tingle. After the first clump of ash drops, the retrohales shift to offer black pepper, while the palate and throat now get a bit of red chili pepper flakes, which results in a flavor shift and change in physical sensation, yet it’s not a singular change in flavor as there’s still some creaminess now in the form of unsalted butter. While there are some shifts in flavor in the first third, the cigar doesn’t seem to be zigging and zagging all over the place. The technical performance in the first third is very good, though it seems like the combustion rate is a bit slower than average despite plenty of smoke and an even burn line. Flavor is medium-plus, while body and strength are both medium.

While most of our reviews—and I would think most reviews in general—focus on flavor, I find it important to note when a cigar changes the physical reaction to it, a point I raise as I notice the profile becoming a bit sharper towards the back of the throat. It’s not the irritation of young or under processed tobacco, but similar to the kind of sensation I find from certain types of spicy peppers and the occasional spirit. The second third starts with a settling of the flavors, as everything just ticks down a notch, though that still leaves plenty of room for the pepper to do its thing. There is a bit of buttery oiliness on my palate for a bit, from which the profile begins reinvigorating the slightly dusty terroir. There’s an interesting dynamic of creaminess on the palate and punchy pepper in the retrohale, which makes the combination quite good, offering a quick tour through some flavors and intensities. That ends up being the beginning of another increase in the intensity of the flavor as well, as both the cedar and black pepper ramp up once the burn line is across the midway point. The second third finishes by trading off the pepper flavor in my throat with more earthiness, which is more physical sensation than flavor, as everything still feels fairly tame, particularly the supporting flavors in the profile, enough so that I would call it medium-minus if not for the pepper, while body and strength are still closer to medium. The combustion rate remains a bit slower than average but otherwise without issue or complaint. The final third is definitely more robust than the sections that preceded it, offering a more pronounced and palate-engaging combination of wood and black pepper, which would seem like it would dry out the palate yet I don’t get that sensation. There is a dry wood flavor that really tingles the tongue, backed by white and red chili pepper flavors, along with a return to the Honduran terroir from earlier, though the other flavors seem to overshadow what earthy flavor might be in the profile. Not long after that and as the cigar gets into its final inch-plus, the earthiness takes the lead, now a robust expression that has heaps of black pepper and is quite lively on the taste buds. The technical performance remains good, although one sample requires a relight. Smoke production slows a touch and the burn line remains even, allowing the cigar to be smoked down quite far. Flavor is full, body is medium-plus and strength is medium-plus if not medium-full in some samples. I'm definitely intrigued by the blend of the Casa Cuevas Patrimonio Toro, as it results in one of the more distinctive profiles that I have smoked recently. I certainly wasn't expecting as much of a red chili pepper flake sensation as I got, and I thought there would be more overt earthiness. Even after three cigars, I'm still trying to resolve whether I really enjoy the profile, though that is not an implication of not liking it. I am a bit worried about the slow burn throughout the cigar and some combustion issues in the second half of each cigar, though that will likely resolve itself with some time. If you've enjoyed other Casa Cuevas brands—particularly the red-banded Casa Cuevas Habano—I would certainly recommend giving the Patrimonio a try. It might not be up everyone's alley, but it will almost certainly be a new experience for your palate, something I don't get to say after every cigar I smoke.