In general, Arturo Fuente cigars tend to have unusual or engaging backstories, but the story behind the Casa Cuba Divine Inspiration might just take the cake.

But first, a but of history. Introduced in 2013 as part of Arturo Fuente’s 100th anniversary celebrations—albeit a year late—Casa Cuba debuted in four vitolas packaged in boxes of 30: Doble Cinco (5 x 50), Doble Cuatro (4 1/2 x 54), Doble Seis (6 x 52) and Doble Tres (5 1/2 x 44.) According to the company, the new cigars were blended by Carlos Fuente Sr. to have a profile similar to older Fuente releases that included Cuban tobacco, and were composed of an Ecuadorian wrapper covering Dominican tobacco used for both the binder and filler. 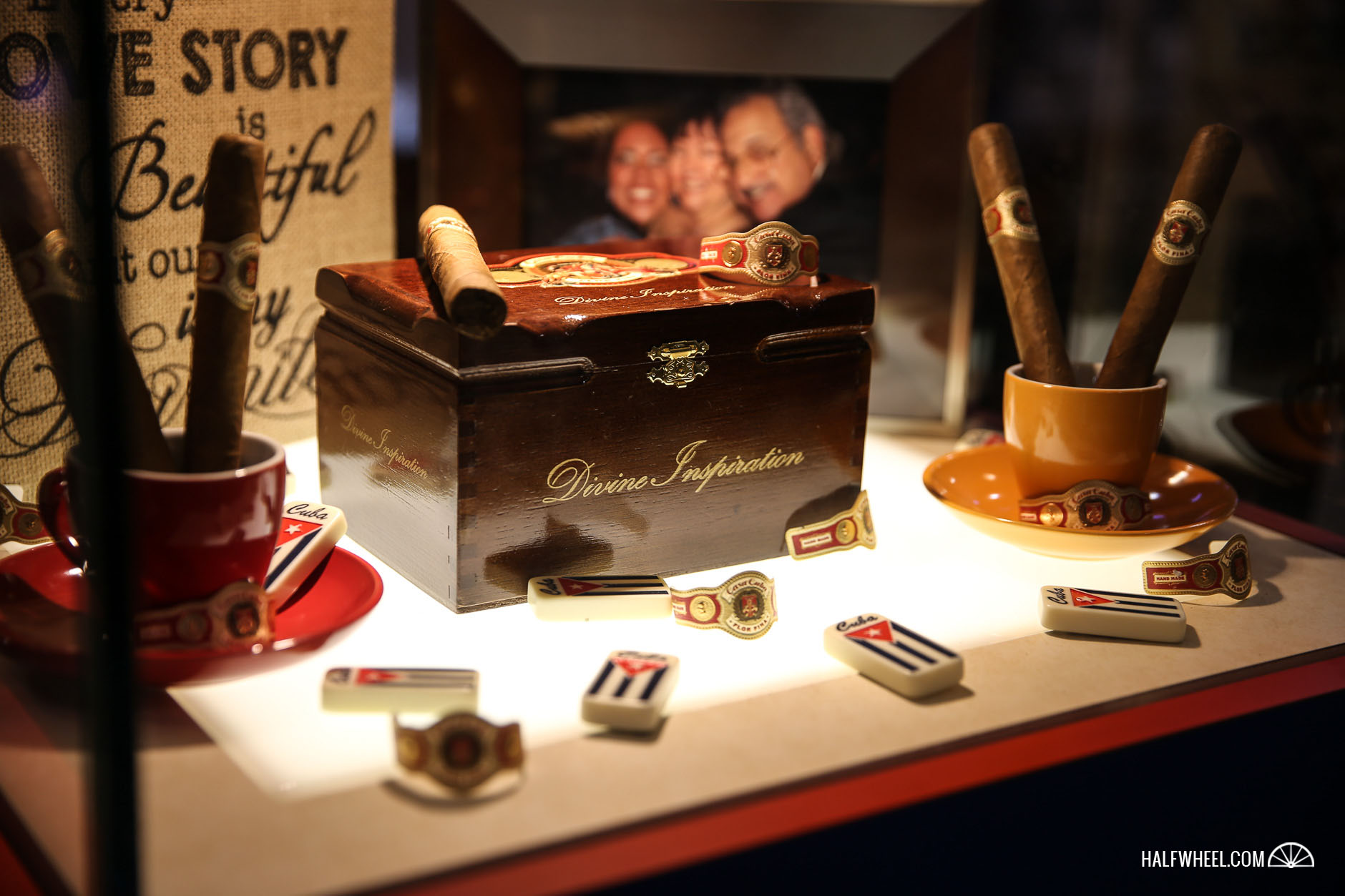 Fast forward to this year, when Fuente showed off a brand new version of the cigar that was dictated by Carlos Fuente Sr. to the factory over the phone before he passed away in August.

The new incarnation was available in just one vitola—a 6 1/8 x 47 corona gorda— and while we know the blend is different from the original release, the company has been less than forthcoming on specific details. The cigar is packaged boxes of 30, and was part of Fuente’s specials at this year’s IPCPR Convention & Trade Show, which are distributed to retailers depending on how much product they purchased at the show. That means that as with the Don Carlos Eye of the Shark, Don Carlos Personal Reserve, Fuente Fuente OpusX Rosado Oscuro, Short Story Maduro and Fuente Fuente OpusX 20th Anniversary, the new Casa Cuba was not able to be purchased individually. 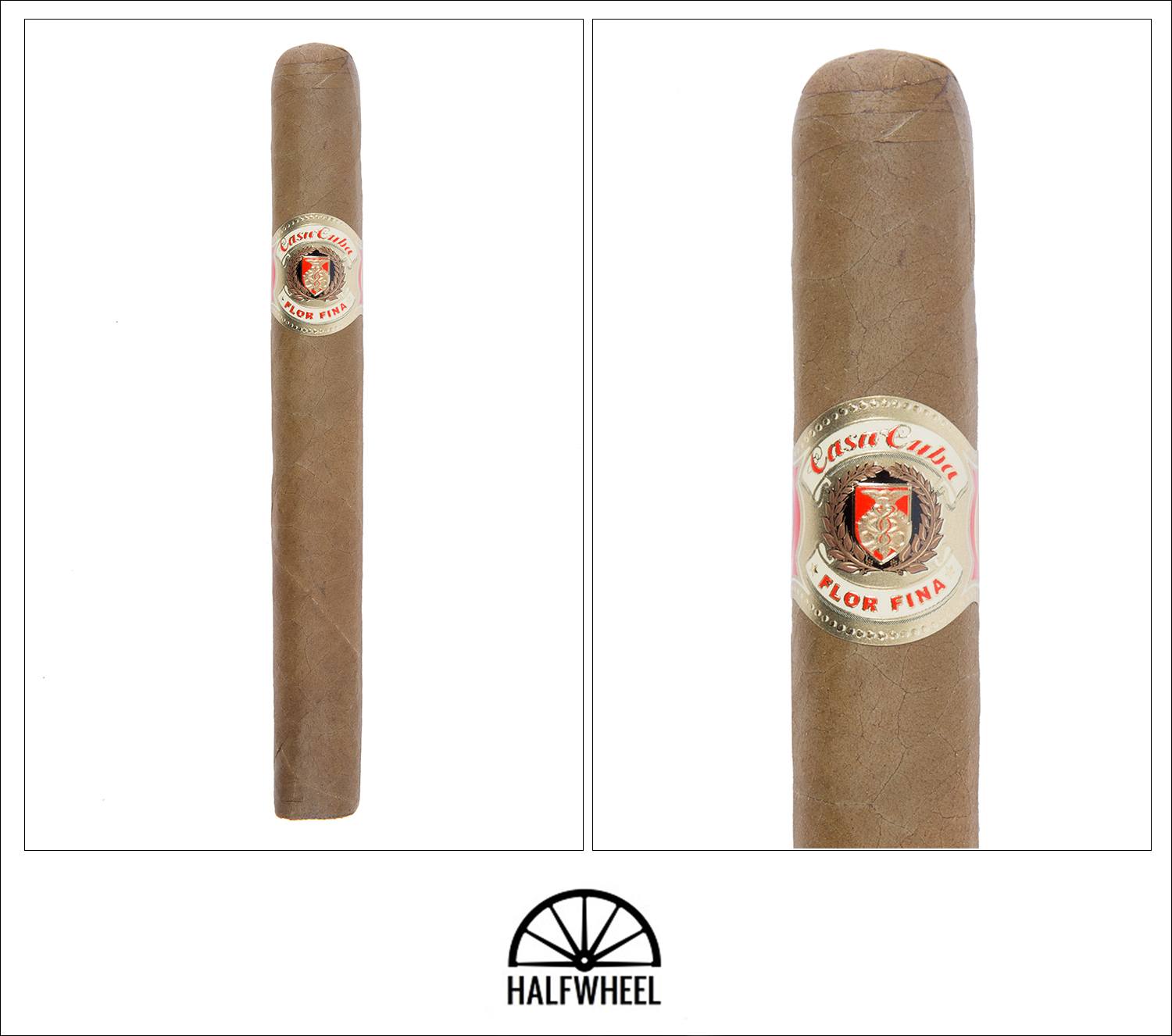 The Casa Cuba Divine Inspiration is covered in a greenish-tinged brown wrapper that is quite smooth to the touch and features a touch of oil. The cigar is nicely spongy when squeezed, and while there are veins present running up and down the length, they are not overly distracting. Aroma from the wrapper is a combination of barnyard, hay, manure, oak, sawdust and sweet nutmeg, while the cold draw brings flavors of leather, cinnamon, milk chocolate, peanut butter, earth and sweet vanilla.

It starts off the first third immediately after lighting with strong and dominant notes of peanut butter and creamy leather, along with lesser notes of toast, earth, dark and bitter chocolate, ground coffee and a touch of varnish. There is a great nougat sweetness that is pervasive in the profile and really coats your mouth, bringing the flavors together nicely. It also has the perfect amount of white pepper on the retrohale and a tad bit of spice on the lips. Both burn and draw are phenomenal so far and the strength ends the first third at a mildish media, although it is still rising. 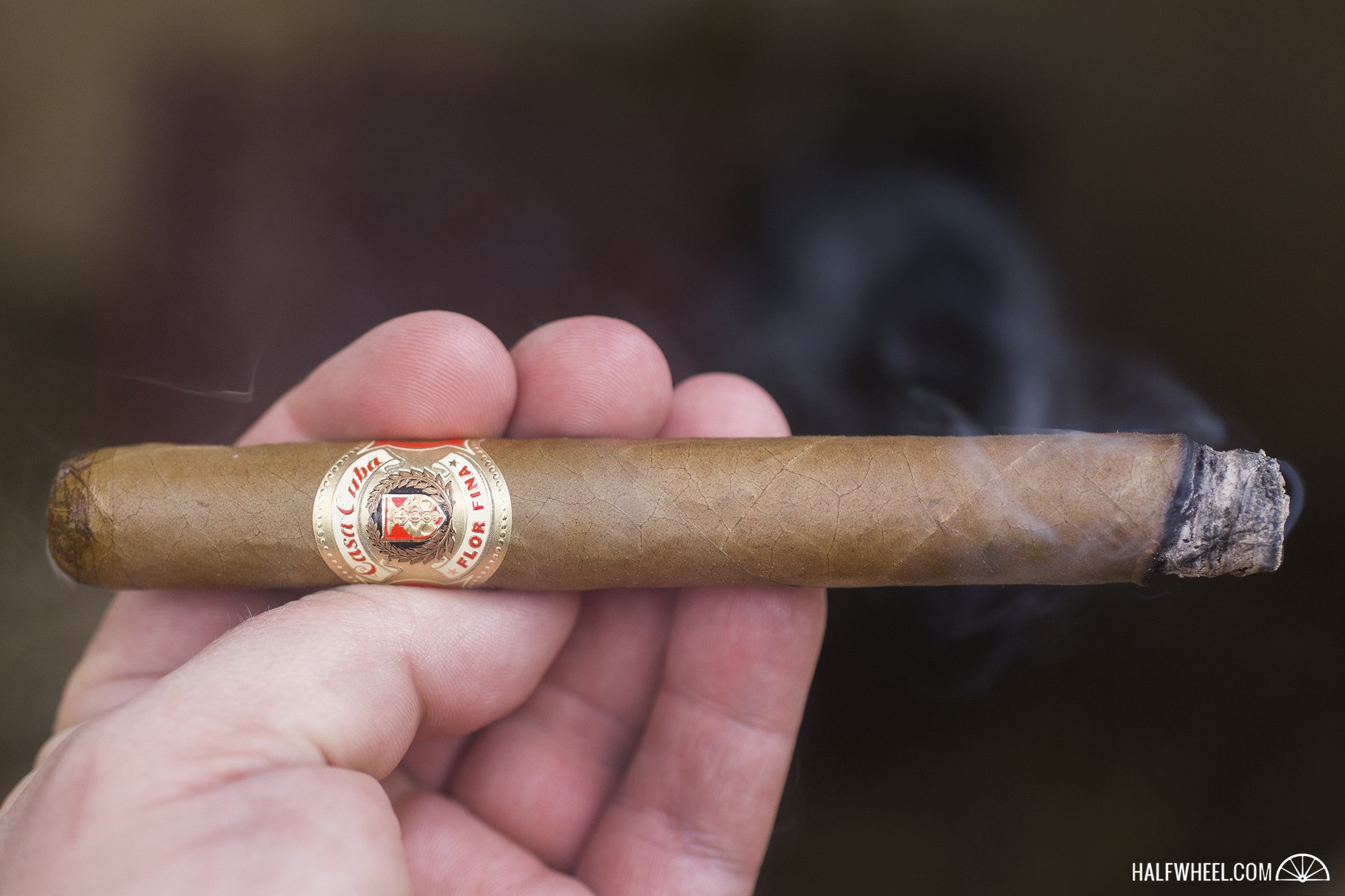 The nougat sweetness only gets stronger in the second third of the Divine Inspiration, and although I did not think it was possible, the profile has become even more creamy with the same dominant notes of peanut butter and leather. Other flavors of oak, espresso beans, raisins, cinnamon and hay flit in and out, and while the spice from the first third is long gone, the white pepper on the retrohale continues to be obvious in the profile. Smoke production is above average while  both the burn and draw remain excellent. As expected, the overall strength continues to increase and hits a point slightly below the medium mark by the time the second third comes to an end. 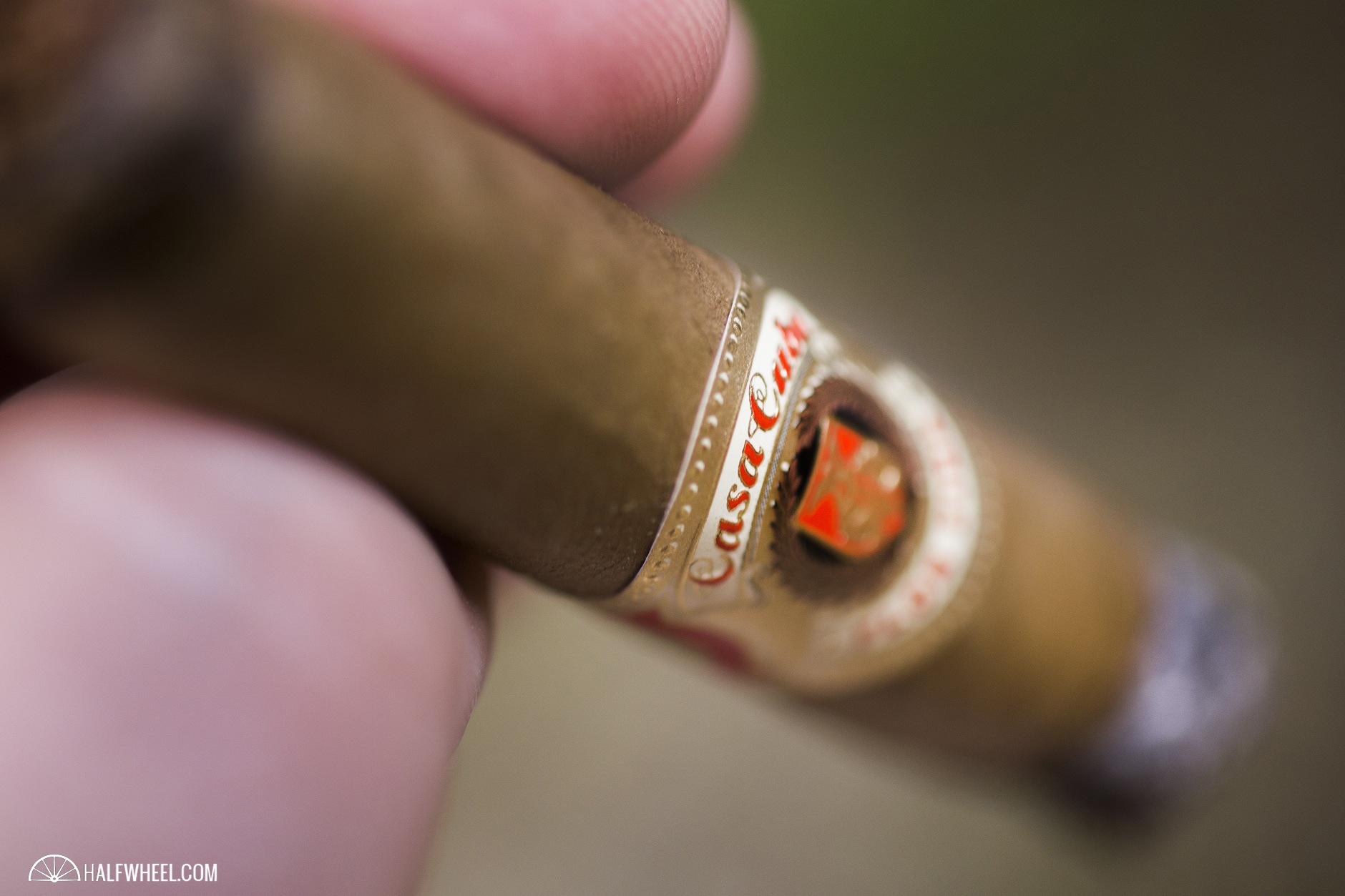 The final third of the Arturo Fuente Casa Cuba Divine Inspiration continues the creamy trend with that same wonderful and perfect amount of white pepper on the retrohale, along with the same creamy peanut butter at the forefront of the profile. The nougat sweetness is still very evident—albeit a bit reduced from the huge levels in the first and second third—and other notes of cinnamon, dark chocolate, fresh roasted coffee, leather, licorice, hay and oak are distinct on the palate. Construction-wise, the draw is still wonderful, and the burn finally becomes bad enough to need correcting once. The overall strength does break through to the medium mark right before I put the nub down with about an inch left.