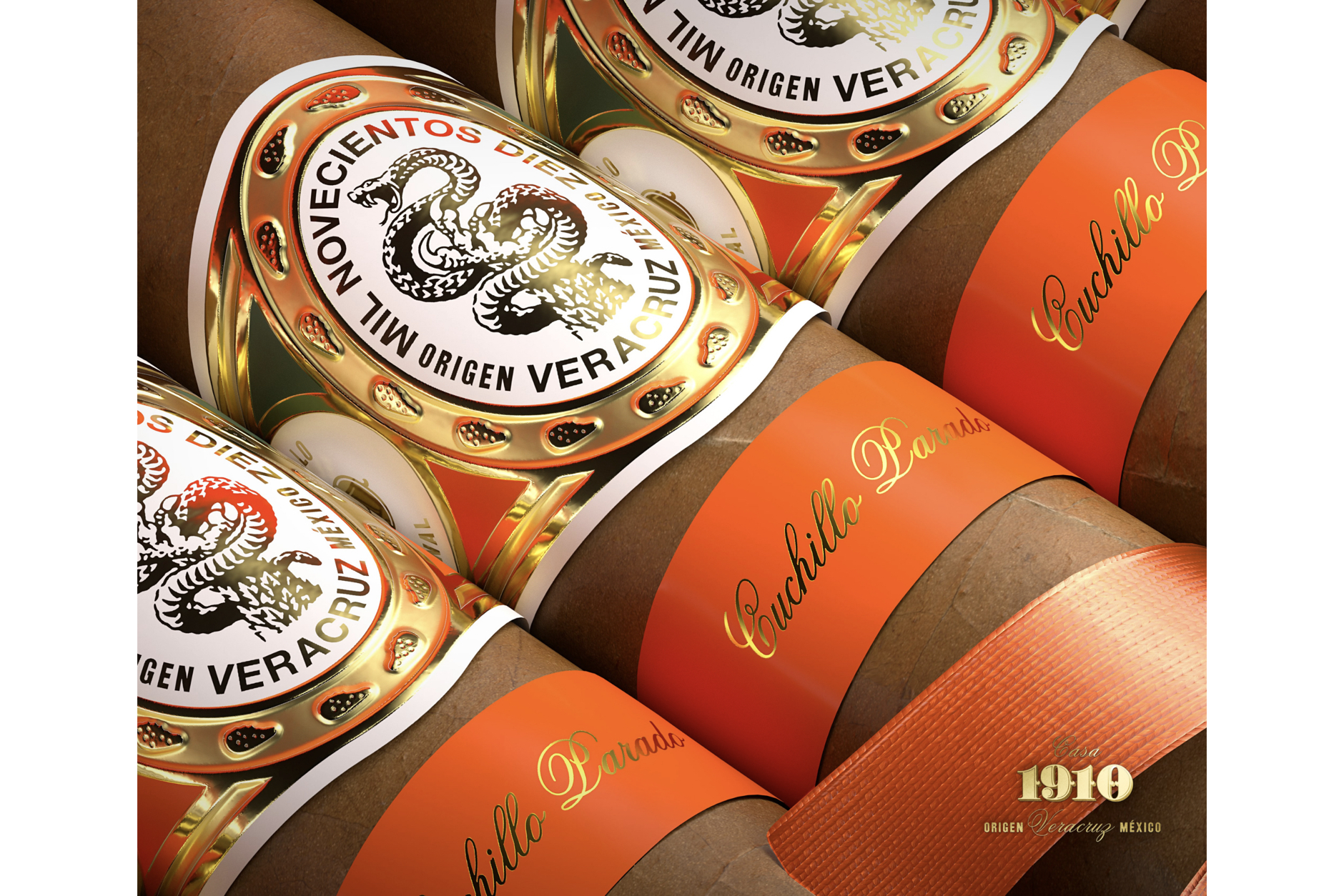 There’s a new brand from Mexico that is aiming to change the way people perceive Mexican cigars. The goal isn’t new, but the approach taken by Casa 1910 will be different.

Casa 1910 is aiming to be both a cigar and lifestyle brand that is known for being a Mexican cigar. It will show off its first cigar at next month’s 2021 PCA Convention & Trade Show in Las Vegas, though the company actually plans to immediately focus on establishing itself in the Mexican market before selling its cigars in the U.S. 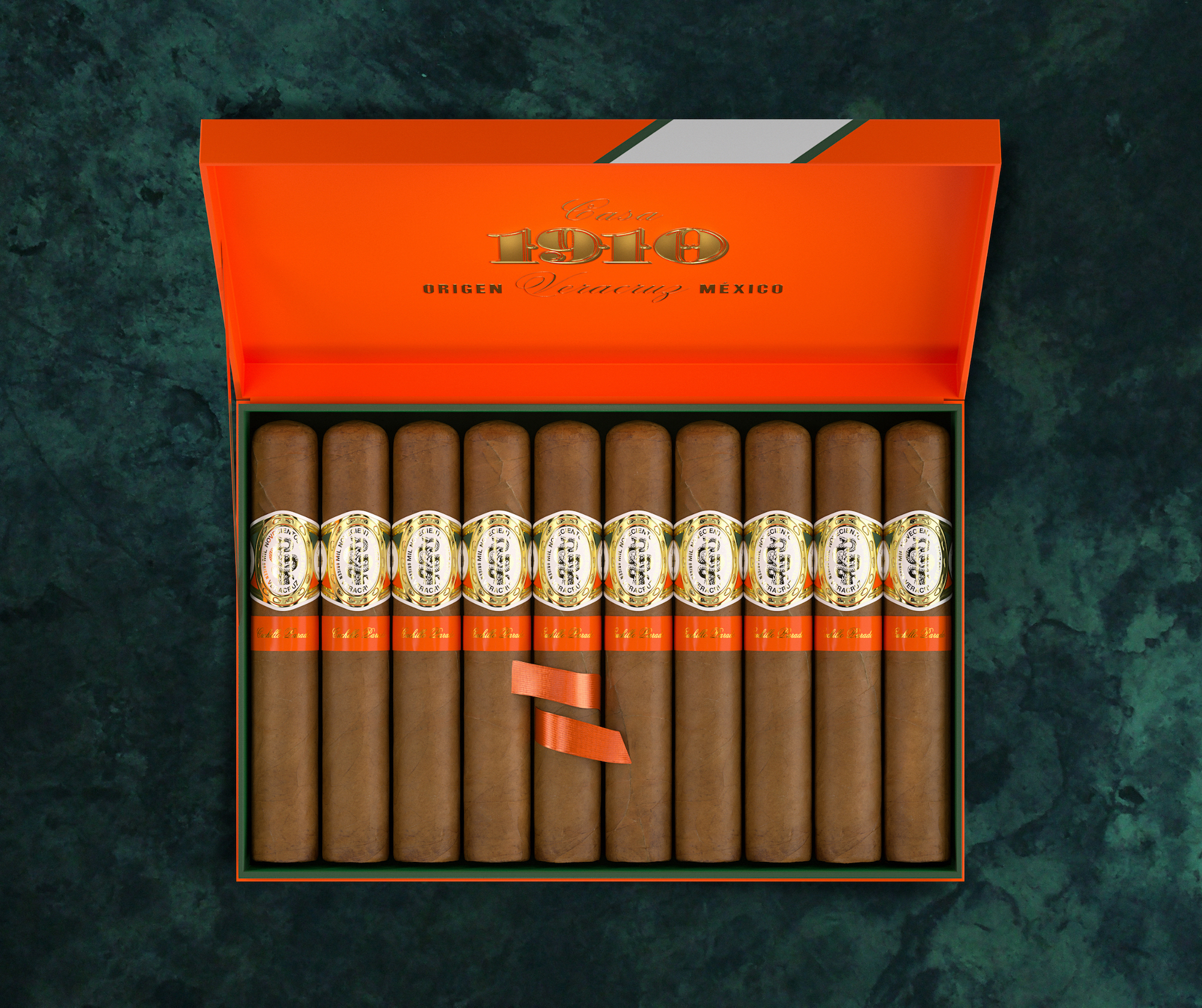 Its first cigar is called Cuchillo Parado. It references a city in the state of Chihuahua that is famous for starting the Mexican Revolution. The cigar version of Cuchillo Parado is a 5 x 50 robusto that is made entirely of Mexican tobacco. That includes a three-year-old Sumatran-seed wrapper, as well as binder and fillers that are comprised of four different varietals of the San Andrés negro seed, all aged for five years. The company says the cigars are aged for a minimum of six months after they are rolled at an undisclosed factory in San Andres Tuxtla.

Many of the rest of the details are not yet disclosed, most notably the price.

The company says it will sell Cuchillo Parado in a variety of formats—boxes of three, five, 10 and 20—and that it will first sell the cigars in Mexico, which is scheduled for Q3. The company told halfwheel that its cigars will be sold in the U.S. at “the end of 2021.” 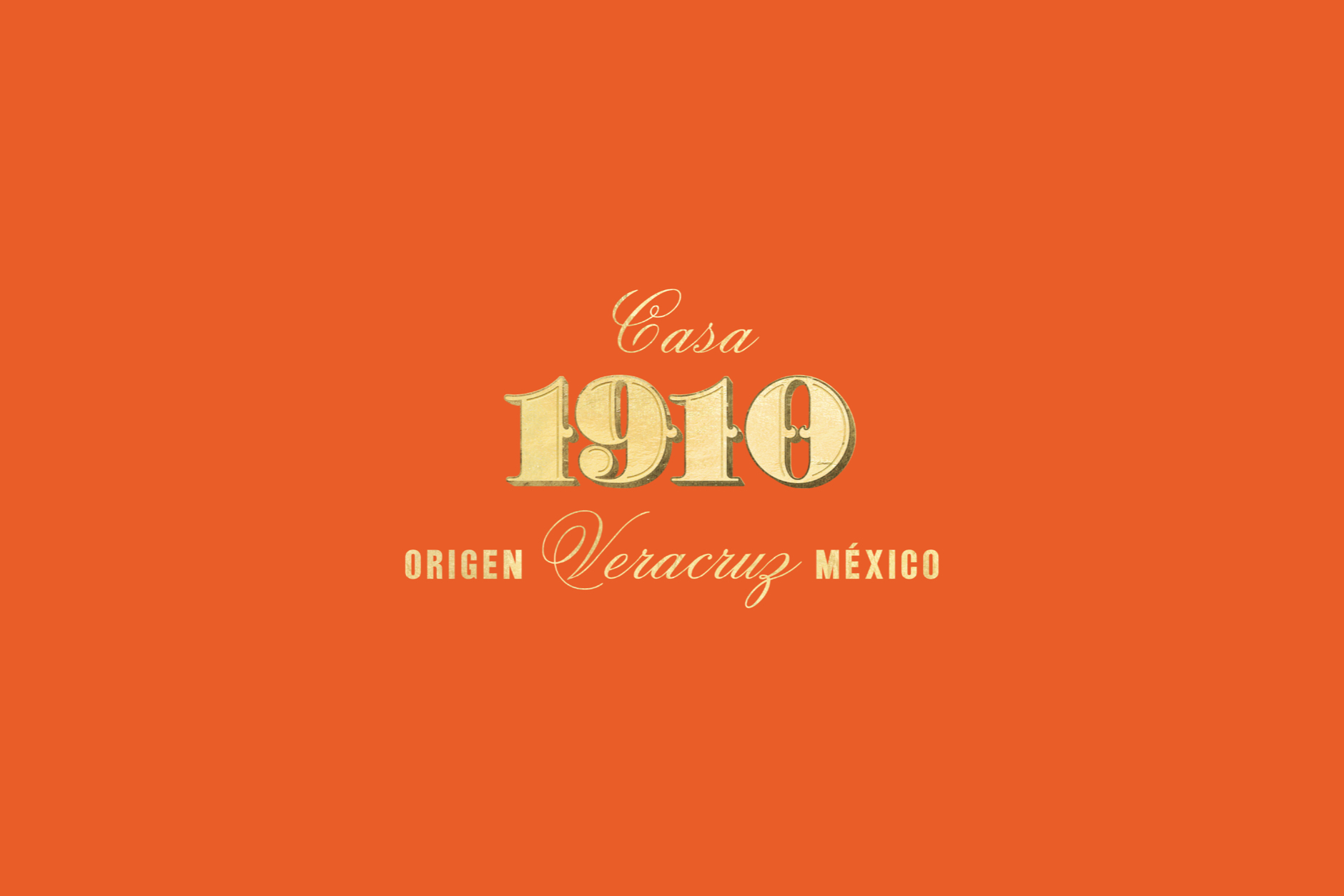 For now, Casa 1910 also isn’t disclosing the people behind the company with one exception. Juan Manuel Santiago Casillas—Manolo Santiago—is listed as the blender and somellier. He has worked as a marketing manager for Importadora y Exportadora de Puros y Tabacos S.A. de C.V.—the Mexican distributor of Cuban cigars—and is a “Master in Habanos,” the highest designation given to those who graduate from Habanos S.A.’s Habanos Academy, a training program run by the Cuban cigar conglomerate.

On Nov. 14, 1910, Toribio Ortega Ramírez led a group of 70 soldiers to overtake Cuchillo Parado, kicking off the Mexican Revolution against the regime of Porfirio Díaz, who had recently declared himself the president of Mexico. The 1910 in Casa 1910 also references the revolution.