This year, Toraño decided to add a fourth vitola to its Toraño Exodus 1959 50 Years line, a 5 x 50 Box-Pressed Robusto. This cigar is the exact same size as the Robusto already available, but with a box-press shape to it. 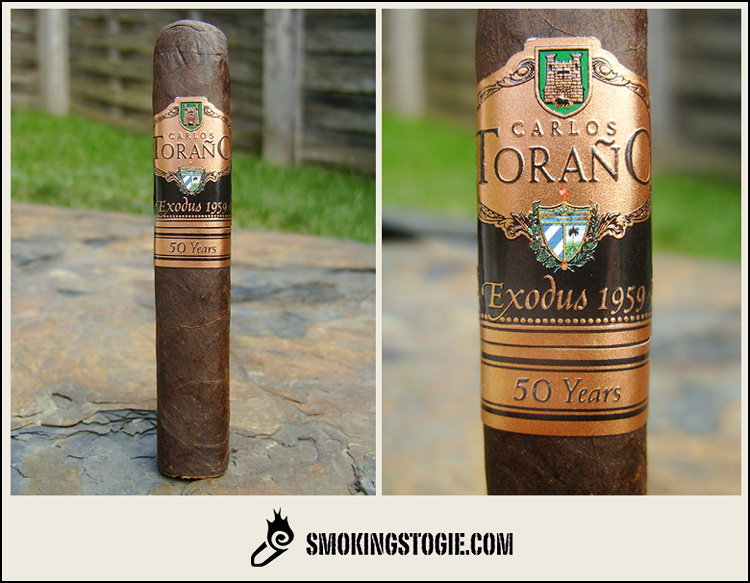 The cigar is covered in a very dark maduro wrapper. It’s very smooth with a bit of an oily sheen and small amount of tooth in different areas. One thing you notice right away is the almost seamless construction of the wrapper. It looks like one uniform leaf. It’s very much box-pressed with a spongy feel to it. It’s not really under packed but it does feel quite soft. I get a nice chocolate and spice note on the pre-light and some chocolate, coffee and a touch of leather on the draw.

As I begin the first third I am hit with a solid chocolate flavor as well as some coffee and a bit of leather. There is a nice pepper note on the tongue and a spice kick through the nose, a nice start. 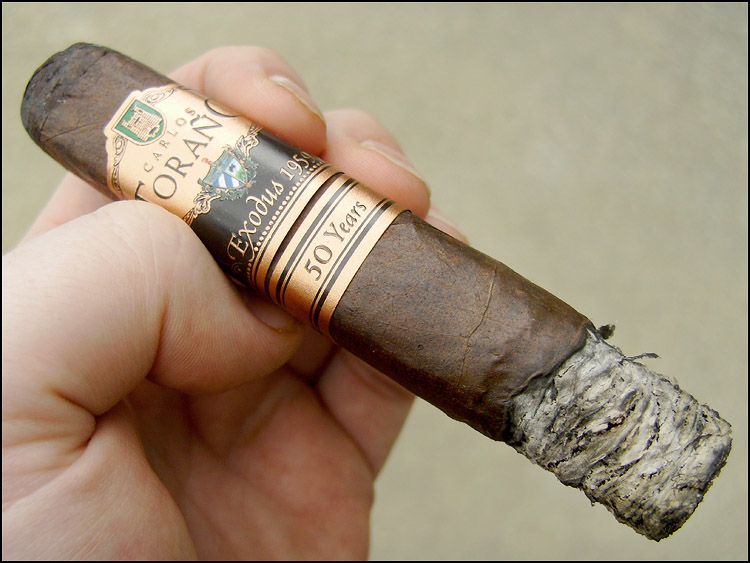 Coming into the second third the coffee note has become the leading flavor. The chocolate has settled a bit into more of a cocoa flavor. The profile has turned a bit woody at this point and I am also getting a leathery licorice note on the finish that is quite pleasant. The finish is average and has a dry feel to it but it doesn’t leave me parched or anything. 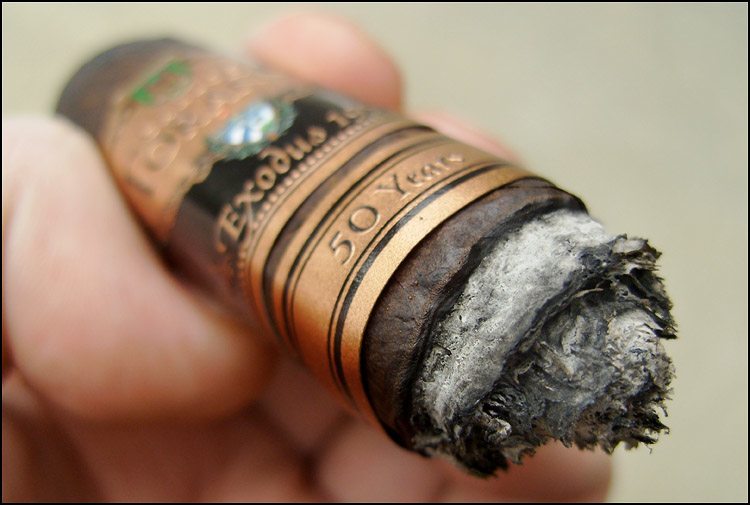 Finishing up in the final third the flavors have not changed much from the last third. I am still getting a solid chocolate, coffee, leather profile with a bit of wood and pepper. The licorice note has left. The cigar is full-bodied with a thick smoke feel but is only medium in strength. There isn’t much of a nicotine kick at all. 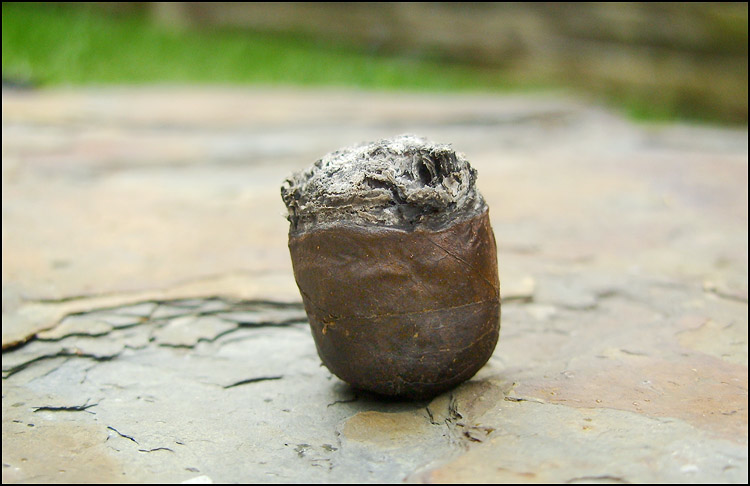 This was my first Toraño Exodus 1959 50 Years, and I thought it was a pretty good cigar. I would certainly buy another, that’s for sure, and it is a very reasonably priced cigar for flavors and great construction that you get. I have tried many cigars that have been much more expensive than this cigar that had quite a bit less to offer.