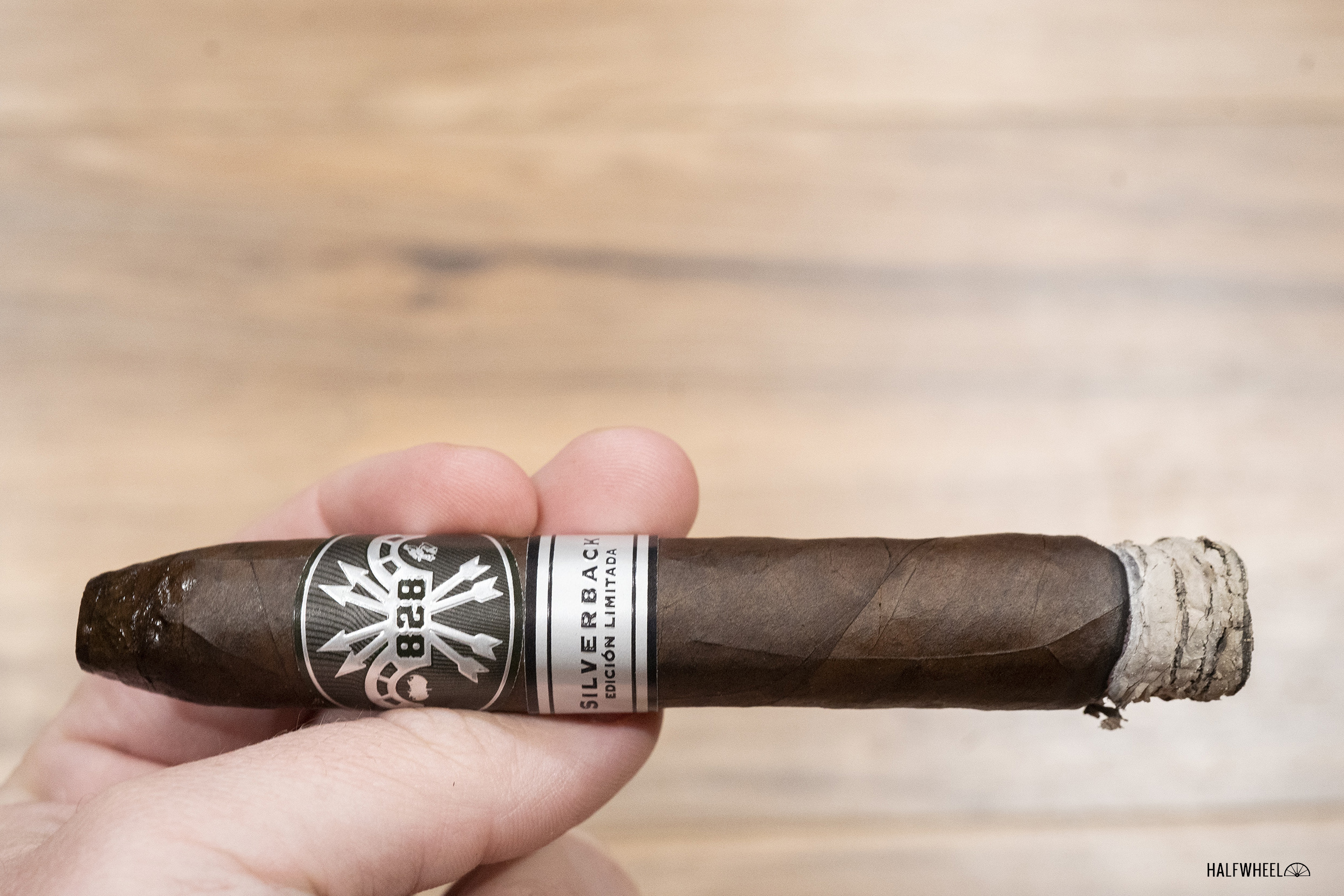 In the second half of 2019, Tarazona Cigars announced and began shipping a new limited edition under the Caraballo828 name, which comes from the last name of Eddie Tarazona’s business partner, Mario Caraballo.

The blend uses a Mexican San Andrés wrapper, a binder from the Jalapa region of Nicaragua, with the fillers coming from Nicaragua’s Condega and Jalapa regions. It was announced in two sizes, the Silverback, a short perfecto, and the Benjamins, a more familiar belicoso vitola.

While the Silverback shipped in late October 2019, the Benjamins didn’t. While there was a planned release in June 2020, it wouldn’t be until February 2021 for the cigar to be released, with the delay being attributed to issues related to the COVID-19 pandemic.

The Caraballo828 Benjamins Edición Limitada has an MSRP of $15 and it is limited to 500 boxes of 10 cigars. Production is handled by Southern Classic Cigars under the direction of Juan “Papito” Alberto Gomez-Pacheco. The Caraballo828 Benjamins Edición Limitada sports an incredibly dark wrapper leaf, about as rich and deep of a brown as I’ve seen in recent memory. It’s a shade that creates a great backdrop for the silver band to pop out from, while the black of the main band almost blends into the leaf’s color. While its color is notable, the other aspects of the wrapper are fairly familiar. Veins are fairly average in both size and number, if anything a bit on the thin side. The seams are visible, there’s a bit of sheen for the eyes while the fingers get a drier sensation, and I don’t see much in the way of tooth. It’s firmly rolled and appears to be well constructed, particularly at the head as it seems there isn’t a bit of excess tobacco across the three samples. The foot offers an earthy aroma that reminds me of both wet coffee grounds and burnt ends of a steak; individual samples also veer into a smell of chocolate chip cookies. There’s a bit of sweetness coming from that meat smell as well, while pepper is fairly tame. There is no issue with airflow on the cold draw, while the flavor is a bit lighter than the aroma, almost an echo of it in terms of intensity and body.

Given the difference between the cold draw and preflight aroma, I’m not sure what to expect from the Caraballo828 Benjamins Edición Limitada’s first puffs, but the cigar delivers a lighter flavor, body and aroma right out of the gate but wastes no time filling it out. While the flavor doesn’t have much creaminess, the body of the smoke has a fairly creamy texture. The first appreciable amount of pepper comes by way of the retrohale, starting with some milder white pepper before moving into a more familiar black pepper offering. While I wouldn’t say that the profile has distinct notes of Mexican tobacco, there is a bit of that terroir to be found early on by way of a dry, slightly clay-forward earth. By the one-inch mark, the body feels like it has a bit of catching up to do as the flavor has moved past it in terms of intensity. When the time comes to knock the first clump of ash off at about the one-inch mark, the cigar picks up a bit more pepper, even though it doesn’t feel like it’s quite in line with the flavor, which now has traces of coffee, earth and chocolate or cocoa powder depending on the sample. Flavor is a solid medium with a fair bit of time in the medium-plus territory, body is generally medium, and strength is just shy of medium. Construction is near perfect with very good combustion and smoke production and an even burn line.

The second third continues with a mix of earth and cocoa, and there’s a bit of a powdery texture to the smoke as the earth lightens up from the more solid, heavier physical sensation of the first third. Creaminess rejoins the profile not long after and the resulting combination is very enjoyable. It’s thick on the palate and smooth on the taste buds, with the only complaint being that the physical sensation might be holding back some of the flavors. Retrohales are a bit sharper and more dynamic by way of white pepper easily standing out amidst the creaminess. There’s a bit more sweetness coming out of the cigar now, largely a sweet cream flavor, but there are puffs where it gets a bit like a fruit cup with tangerine and syrup. As the burn line crosses the midway point, the flavor starts to reverse its course, shedding the sweetness and creaminess and bringing back some of the powdery texture. It’s not long before a coffee flavor returns and by the end of this portion the flavor is on the dry side and picking up just a bit of roughness in the texture. Flavor is mostly around medium for this section, a slight but noticeable mellowing from the first third. Body is more in line, while strength is still just shy of medium. Construction remains fantastic and absolutely problem-free. The start of the final third has a dominant flavor of dry earth that has some black pepper to it, though what the palate gets isn’t as clean or enjoyable as it is via the retrohale. That’s not to say it’s not good, just that for my preference, the retrohale is where the cigar shines a bit brighter. The nose doesn’t get the earthiness and thus isn’t as complex, but in this case, it sort of feels that less is more. The exception to that is when there’s a bit of chalk in the retrohale, in which case things aren’t quite as good. The coffee note returns, though this time it is drier and has a more pronounced acidity to it while leaving a bit of a funky finish on the tip of my tongue. It’s not necessarily a rough finish, but it’s certainly not smooth and it gets more so with each puff. Flavor finishes at medium-plus, body at medium-minus, and strength making a late push to get just above medium. Construction is essentially flawless with no problems or relights needed. Rarely does a cigar have such great construction that it seizes the lede as is the case with the Caraballo828 Benjamins Edición Limitada, but it is easily worth mentioning upfront. As for the flavor, it certainly has some solid points to offer, and there are even puffs where the flavor and retrohale work quite well together and really give the cigar some depth and complexity. The bulk of the cigar is spent shy of that mark, however, still perfectly enjoyable and generally free from flaws, but never elevating into that next level. That said, if the cigar crosses your path and is in your budget, it is certainly worth a try, as if nothing less it should give you about two hours of a fairly flavorful and problem-free smoking experience.