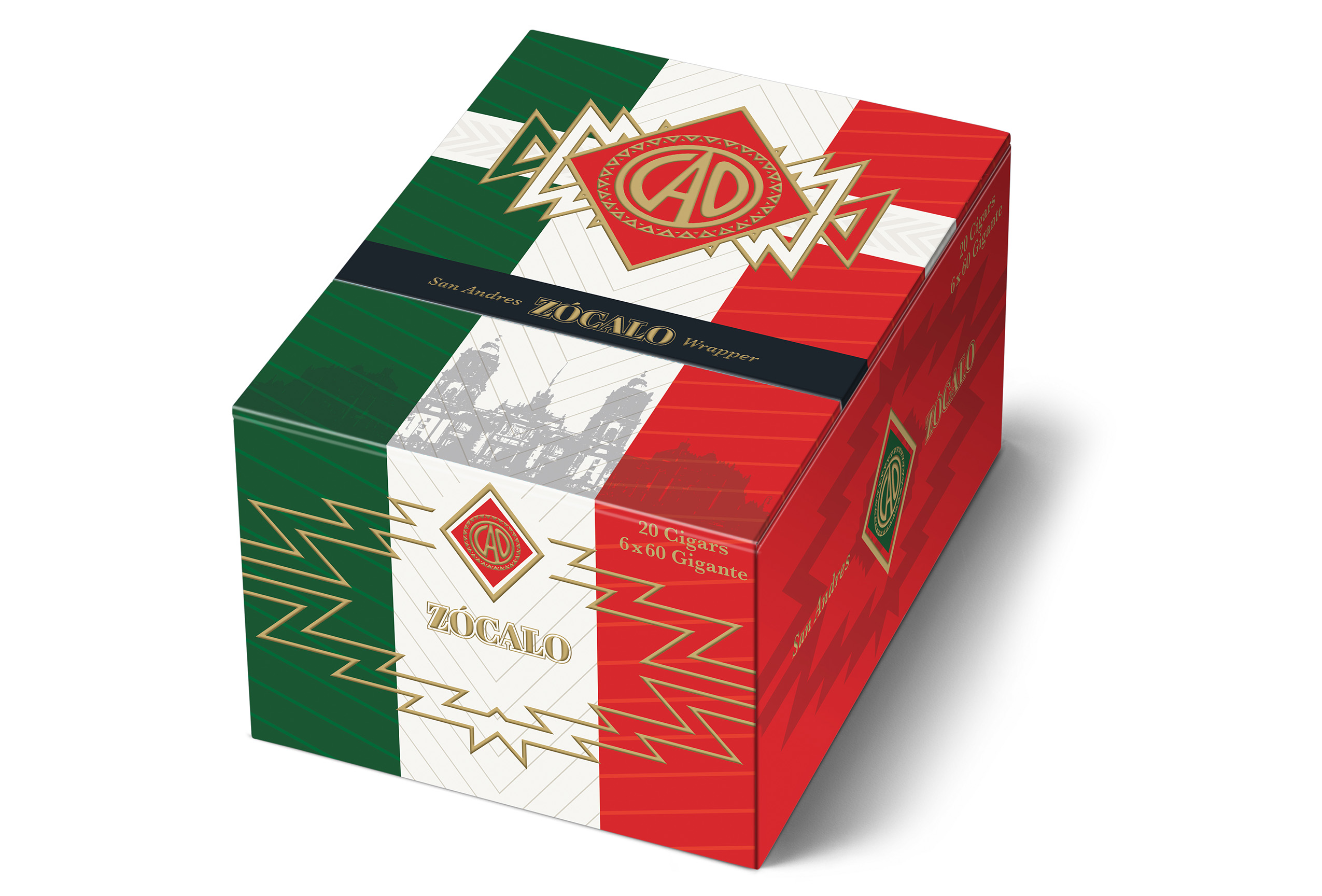 The CAO Zócalo is coming back to store shelves in March, as General Cigar Co. has announced that it is turning the previously limited edition release into a regular production item.

The line debuted in 2018 as a nod to Mexico and Mexican tobacco, as it is named for a main square in Mexico City that is now known as Plaza de la Constitución. The blend uses a Mexican San Andrés morron wrapper over a Cameroon binder and fillers from Nicaragua. The original release was released only in a 6 x 60 gordo vitola that was priced at $8.49, and limited to 3,500 boxes of 20 cigars, a total run of 70,000 cigars.

Now the line returns with the same blend but updated packaging for both the boxes and bands, which draw inspiration from the Mexican flag. The original’s bands depicted the Metropolitan Cathedral of the Assumption of the Most Blessed Virgin Mary into Heaven, a prominent Catholic church in the plaza.

The line will also be getting two new sizes, as the original 6 x 60 vitola will return and join a robusto and toro:

“Two years ago, we tested a blend with a wrapper from Mexico, launching Zócalo in a 6 x 60,” said Rick Rodriguez, CAO’s blender and ambassador. “The response was very positive. The only negative feedback we received was that the blend came in just one size. Our fans told us that they would definitely support Zócalo if we had more sizes to offer. Fast forward to 2021 and here we are launching Zócalo as a permanent, three-cigar line.”

The line is scheduled to ship to retailers by March 5. It is being produced at the STG Estelí factory.