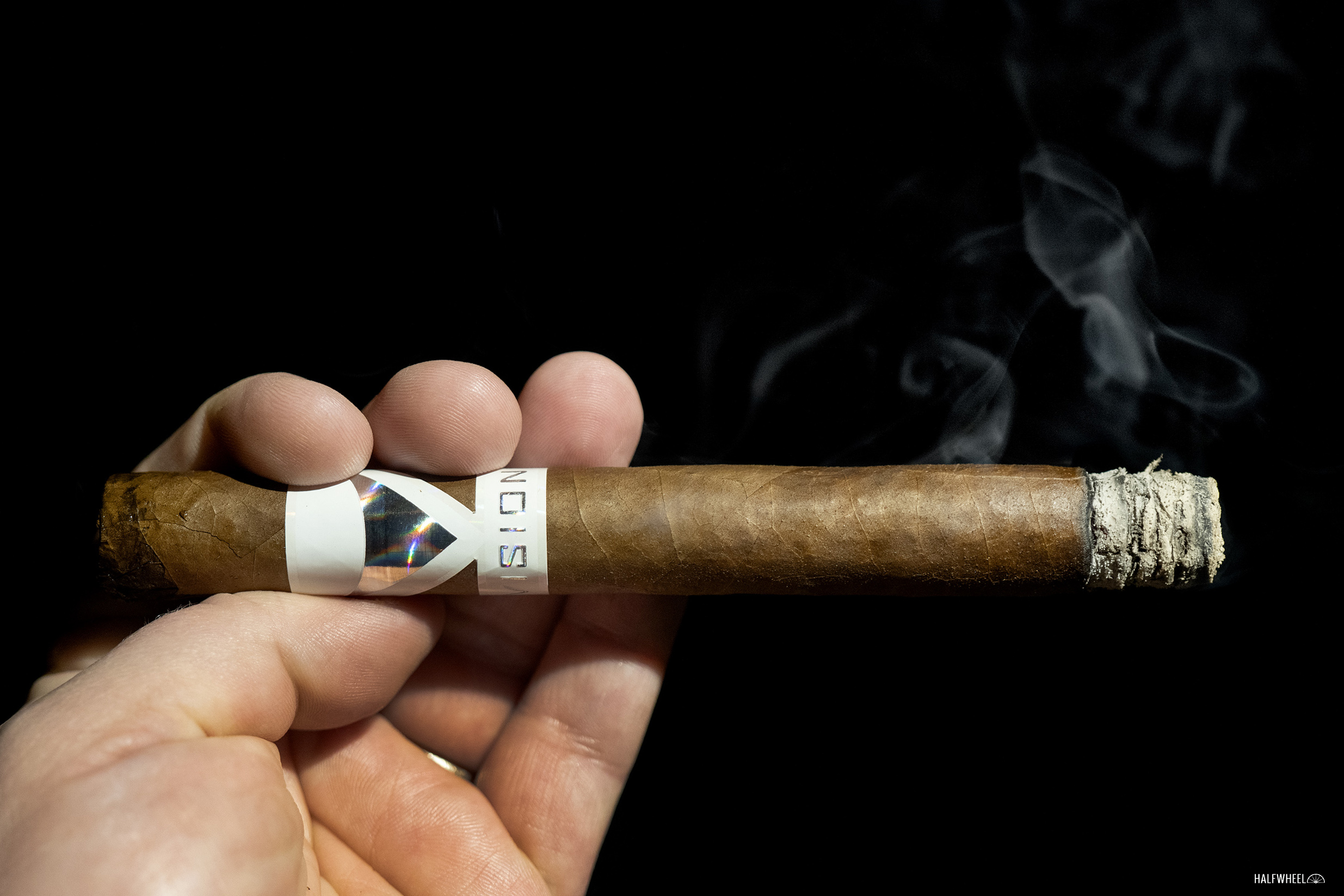 In the modern cigar era, some creations have become known more for their packaging and marketing than for the actual cigars or blends. One such cigar was the CAO Vision, which was first released by CAO in 2007.

When the CAO Vision debuted as a three-vitola line 13 years ago, the blend of the cigar was made up of a Dominican wrapper and binder, while the filler tobaccos were sourced from multiple countries, including Brazil, the Dominican Republic and Nicaragua. This was before General Cigar Co. had taken over CAO and back when CAO cigars were made at a variety of factories around the world. In this case, it was produced at La Aurora Cigar Factory. However, the release quickly became known not for how it tasted or smoked, but for its sleek and glossy bright white boxes that incorporated blue LED lighting on both the inside and outside, a visual effect that had rarely been used by cigar manufacturers up to that point. 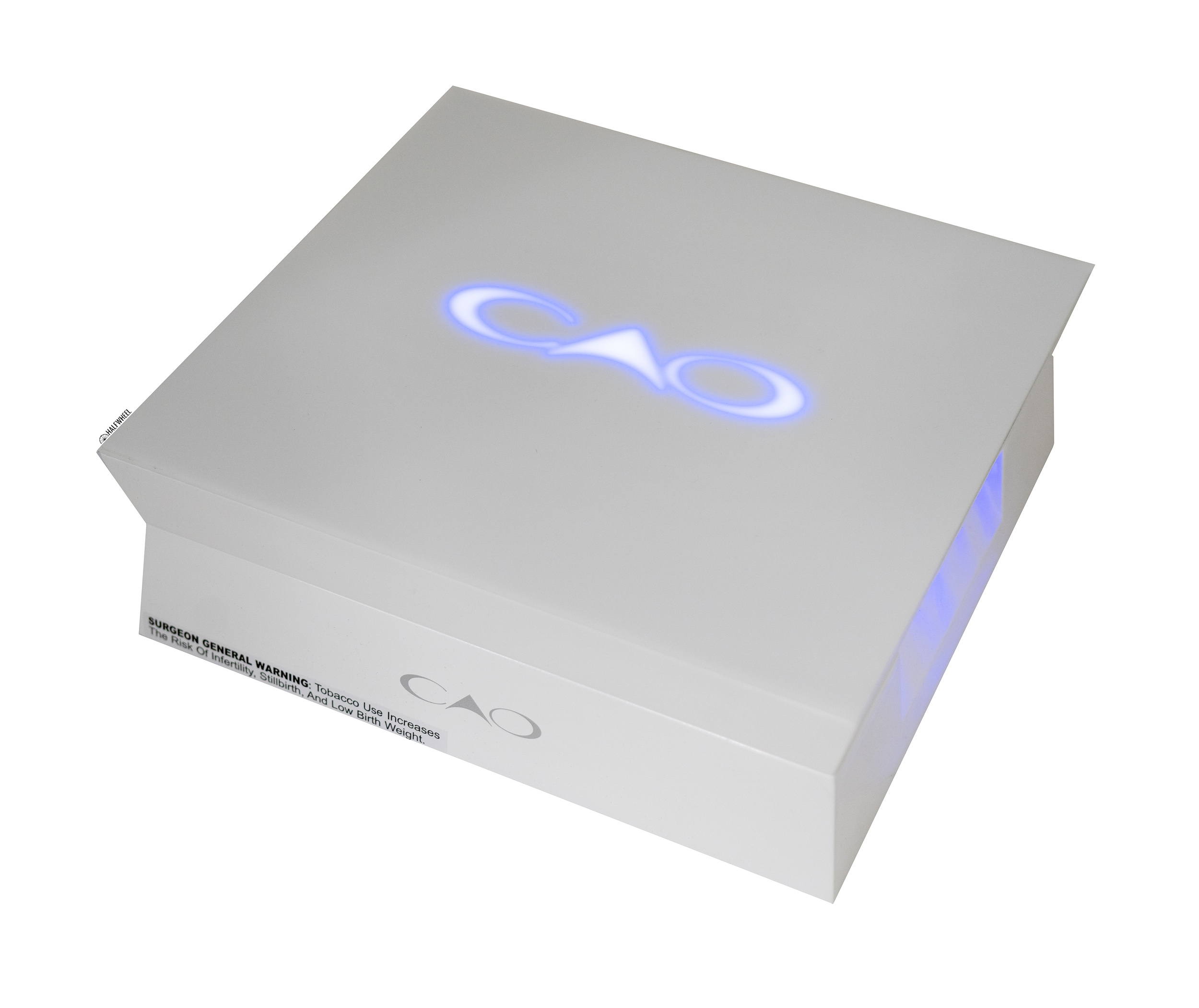 Fast forward to October of this year, when General announced that the CAO Vision would be returning. However, other than the similar 20-count white boxes with neon blue LED lighting effects, the newest version of the cigar has very little in common with its predecessor. First, there is only one vitola available instead of three, specifically a 7 x 50 Churchill that carries a retail price of $18.99 each. Second, the cigars were rolled at the STG Estelí factory in Nicaragua instead of La Aurora. There is also the fact that the original cigars carried an individual number printed on its foot band, while the newest version does not.

However, perhaps the largest difference between the two releases is the blend: the 2020 version of the Vision incorporates a Cameroon wrapper covering an Ecuadorian Sumatra binder and filler tobaccos hailing from both the Estelí and Jalapa growing regions of Nicaragua. The new release is also reportedly the first time that Rick Rodriguez—who is CAO’s blender and brand ambassador—has used a Cameroon wrapper for a blend.

“Whether traveling across the world visiting cigar shops and even in doing virtual events as I have been for the last several months, the CAO fans always tell me that CAO Cameroon is one of the absolute best Cameroons on the market,” Rodriguez said via a press release. “It got me thinking about the time I spent learning the art of leaf priming and selection with Benji Menendez. Back then he loved Cameroon wrapper (he still does, by the way), and he spent a lot of time teaching me which tobaccos are the best for bringing out the Cameroon’s natural sweetness. I’ve never developed my own blend with a Cameroon wrapper, and I thought it was time to do it, to share my take on a Cameroon-wrapped cigar with Benji and the fans of CAO. It’s my way of saying thank you for this amazing career I have in the cigar business.”

The newest CAO Vision was released in November, with General shipping 2,500 boxes to the U.S market—for a total of 50,000 cigars—while an additional 2,000 boxes are being produced for markets in Europe and Asia. 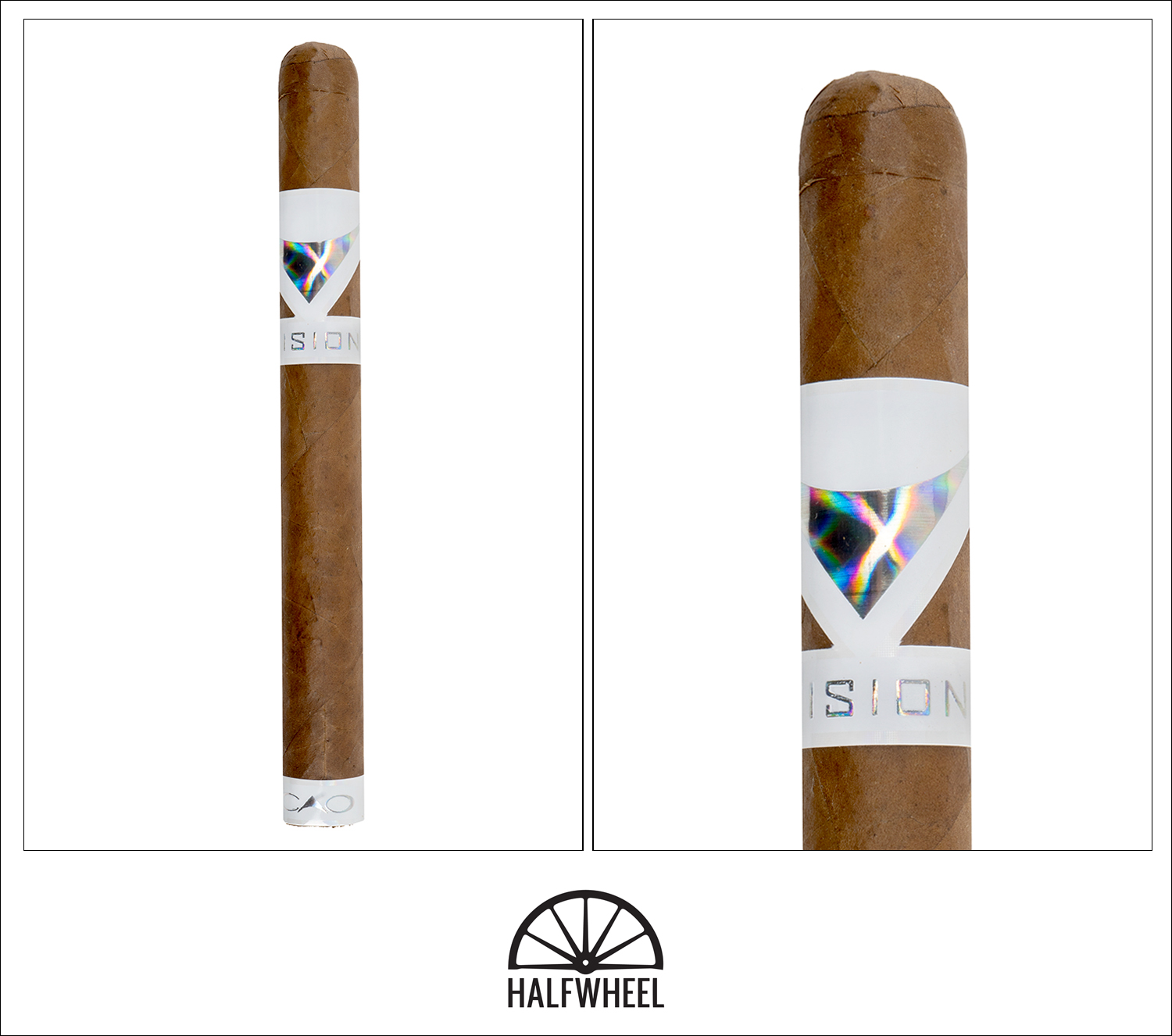 Covered in a gorgeous milk chocolate brown wrapper that has quite a bit of tooth, the CAO Vision features numerous veins running up and down its length. There is very little noticeable oil present and one sample has a small soft spot located halfway between the main band and foot band. The aroma from the wrapper and foot is a combination of sweet cedar, cocoa nibs, leather, barnyard, hay, earth and graham cracker sweetness, while the cold draw is full of cocoa nibs, cedar, sourdough bread, cinnamon, espresso beans, hay and indeterminate sweetness.

The first third of the CAO Vision starts off with a blast of cotton candy sweetness that fades away almost instantly, leaving behind a creamy cedar flavor dominant on the palate. Secondary notes of leather, toasted bread, cinnamon, baker’s spices and earth flit in and out at various times, while a bit of spice is noticeable on my lips. There is also some distinct white pepper combined with a light graham cracker sweetness on the retrohale, both of which don’t seem to be increasing anytime soon. Construction-wise, the draw is excellent after a simple straight cut, while the burn is about as trouble-free as it can be so far. The overall smoke production is a bit above average while the strength ends the first third about halfway between mild and medium mark, albeit still increasing as the first third comes to an end.

Unfortunately, the first part of the second half of the Vision starts out with very few differences compared to the previous third, including the dominant flavor of creamy cedar and lesser notes of cinnamon, baker’s spices, leather, bread and earth. However, everything changes just after the burn line—which remains virtually perfect on two samples—passes the halfway point, as the profile becomes inundated with a very strong toasted bread flavor with the familiar creamy cedar is not far behind. In addition, there is more white pepper on the retrohale as well as more graham cracker sweetness, both off of which seem to be on the rise. The draw continues to impress with just the right amount of resistance while the smoke production remains just a bit above average. Strength-wise, while the level increases noticeably compared to the first third, it is still not enough to get it to the medium mark by the end of the second third. Thankfully, the profile of the CAO Vision continues along its enjoyable path during the final third, led by a new dominant flavor of dark and bitter chocolate on the palate. That flavor is joined by notes of freshly roasted espresso beans, creamy cedar, gritty earth, hay, cinnamon, peanuts and a touch of citrus. There is even more white pepper and graham crackers sweetness on the retrohale—the latter of which has seemingly increased quite a bit—but the spice that was present in the first third is long gone, never to return. In terms of construction, both the burn and the draw continue to give me no issues whatsoever while the smoke production has seemingly increased in both amount and density ever so slightly. Finally, although the strength level does finally hit the medium mark by the middle of the final third, it stalls just north of that point and I put the nub down with a little less than an inch remaining. After getting past the admittedly cool packaging, there were a few adjectives that kept popping into my mind while actually smoking my three samples of the newest CAO Vision: safe, non-offensive and timid. It is also hard to deny the interesting juxtaposition between the boldness of the packaging and the actual profile of the cigar contained within, which takes almost an entire half to really hit its stride. Sure, the construction is excellent and it features an extremely well-balanced profile, but there is an obvious lack of nuance in the first half that is only partially rectified by a bit more complexity in the second half. In the end, while there are a few things I really liked about the newest CAO Vision, if you are looking to smoke a Cameroon-wrapped blend there are a number of different releases currently on the market that taste quite a bit better, cost less and are a bit easier to track down.