The winter holiday season is closing in quick, and historically that has meant additions to the CAO “Holiday Series” that was started back in 2013 to celebrate various holidays throughout the year. While it’s not limited to winter holidays, the majority of the series focuses around winter and/or Christmas. A couple of years ago, I reviewed the Mx2 Rabid Reindeer. Since then, there have been another three additions to the series, bringing it to eight total cigars. 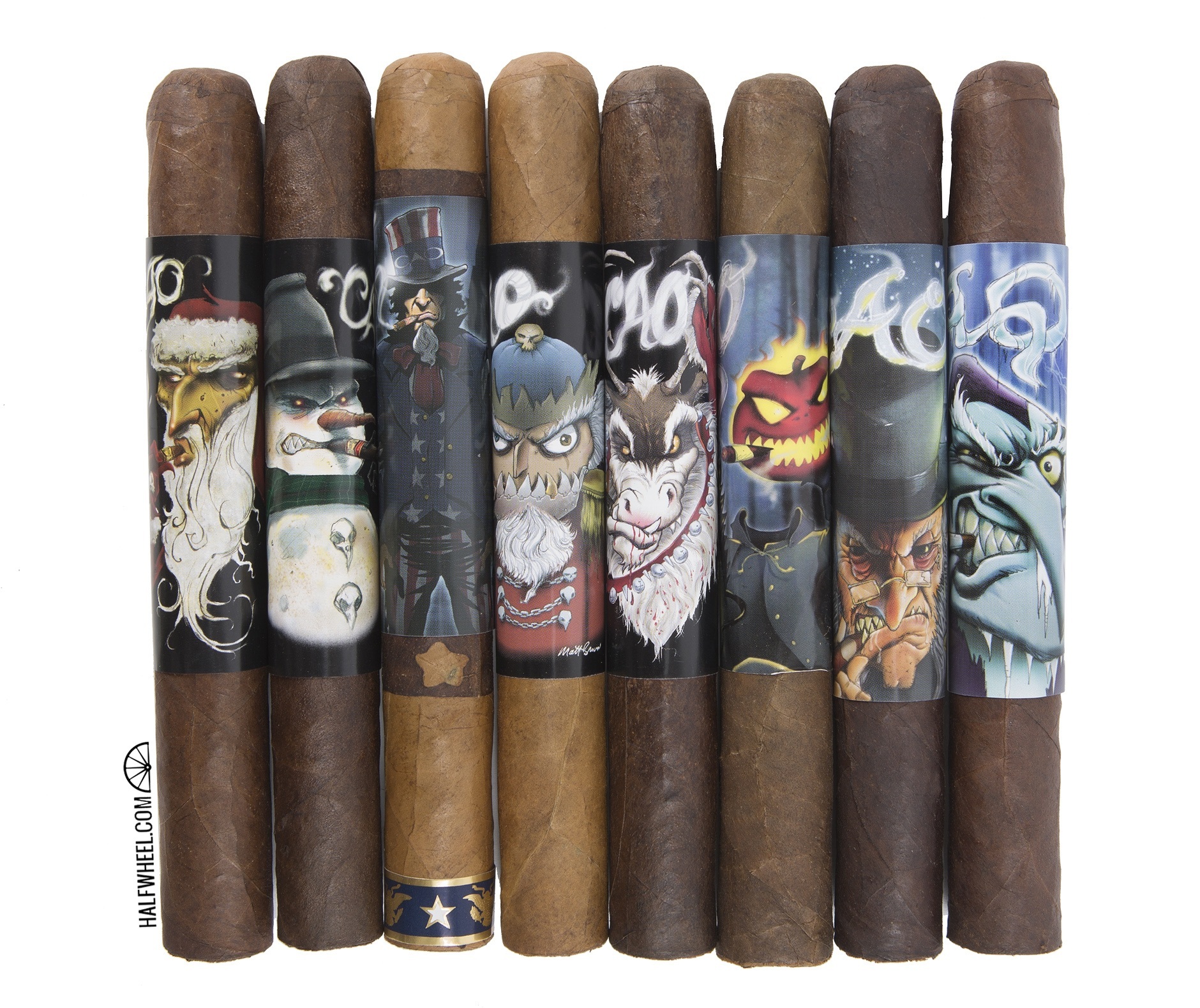 Since it’s been just about two years, I thought it a perfect time to revisit the Rabid Reindeer to see what’s changed.

While I haven’t gotten the chance to smoke any of the other special holiday blend modifications, I have smoked plenty of the Mx2 line. When it first came out I was quite a fan, though over the years something has changed, whether it was my own preference or the blend in some way, and I haven’t smoked them as much recently. The Rabid Reindeer was a pretty good reminder of some of the things I enjoyed about the line. Solid construction and enjoyable flavors for the majority of the cigar were definite positives. Unfortunately, the profile kind of fell apart in the final third and suffered from some harshness as well. Despite that, if you like the Mx2 line, I still can easily recommend you go find one or two of these to smoke yourself.

While aging a cigar will cause different changes to it, the size of the band isn’t one of those things, and the giant angry reindeer band that covers almost half the cigar is still the first thing I notice. Past that, it still seems to have a soft, oily wrapper the feels nice under my fingers. The aroma off the cigar is still a nice, light barnyard aroma of earth and leather, however the fresh rubber smell that I originally noted is completely gone. On the cold draw however, it still seems that it held onto the same profile, with notes of earth, leather, damp hay and the strange fresh rubber that reminds me of a new tire.

Starting into the first third, I’m greeted with rich spice, cedar, cocoa and some light pepper and grass notes on the retrohale. The black pepper stays quite mellow unlike before, and I notice I can retrohale 100 percent of the draw, showing just how smooth this cigar has become. Thankfully, as I approach the end of the first third, that harshness I previously tasted is nowhere to be found, and instead I’m continuing to enjoy full retrohales and bright flavors of spice, cedar, cocoa, grass, damp hay and the tiniest bit of pepper. The second third continues much the same, without the black pepper or meatiness developing at all, leaving it fairly smooth, though the flavors are starting to fade slightly. I can tell at around the halfway mark that the retrohale is starting to get a little stronger and isn’t as effortless as before, but spice, cedar, cocoa and a grassiness still make up a pleasant profile. The pepper has finally started to grow slightly, but not enough to bring it past being just a secondary note. As I move into the final third I’m finally getting to the point where the retrohale is a little too strong to be enjoyable, though the profile is still the pleasant spice, pepper, cedar, cocoa and grassiness. The cigar ends mellow enough, without developing any of the harsh or unpleasant notes that it did originally.

One thing I noted from the initial review was that the burn wasn’t razor sharp, but stayed even throughout the entire cigar. There wasn’t any change in that, and the slightly wavy burn stayed even without needing any help or touch ups on my part for the entire length. The ash was dense and held on to around the inch mark, only needing a little encouragement from myself to fall off gracefully. Smoke production was also unchanged, still pouring out plenty of flavorful smoke that lingered in the air, creating a nice aroma to enjoy between draws.

I mentioned previously that I was a pretty big fan of the Mx2 line back in the day, and while I enjoyed the CAO Mx2 Rabid Reindeer’s profile originally, the harshness really got in the way of it, much to the detriment of the overall experience. Fortunately, time has washed all the harshness away, leaving a much improved, clean profile that was quite enjoyable and one I would like to smoke more of. The first third was definitely the star of the show, and while the second and final third weren’t as flavorful or up front with the notes as in the first, they were still much better than having the entire thing fall apart in heap of bitter harshness. So if you happened to buy some of these back in the day and still have them sitting around, I can certainly encourage you to dig into your humidor and revisit these. Much has changed, and it seems to be all for the good.