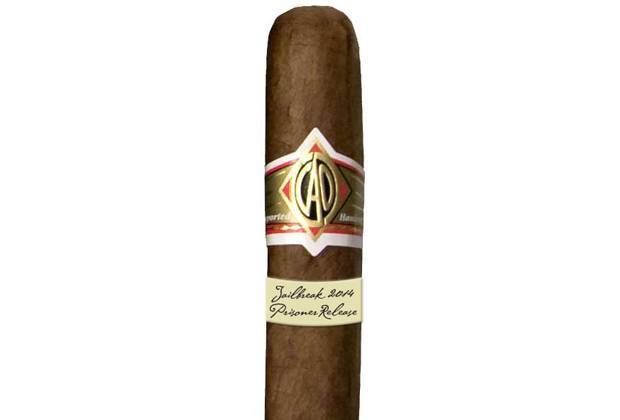 As part of a Nov. 1 event at Civil Cigar Lounge in Washington, D.C. that will feature the release of The Prisoner Wine Company’s latest release, called Jailbreak 2014: The Prisoner, CAO has crafted an event-only cigar called the CAO Jailbreak.

The cigar is being released under the CAO Gold label along with a secondary band indicating its event-only status. Matt Krimm of Civil Cigar Lounge told halfwheel that the cigar uses a Nicaraguan Jalapa wrapper, while the filler consists of tobacco from Nicaragua, Honduras and the Dominican Republic, specifically ligero and “a bit of seco.” Rick Rodriguez created the blend, according to a representative from General Cigar Co. The cigar is being released in a single 6 x 48 vitola.

200 cigars are being produced for the event and are part of the ticket price for the event, which also includes tastings of all four of The Prisoner Wine Company’s releases, appetizers and a custom Jailbreak wine glass. Extra cigars will be made available for purchase through Civil Cigar Lounge, with the price slated to be between $8 and $10 per cigar.