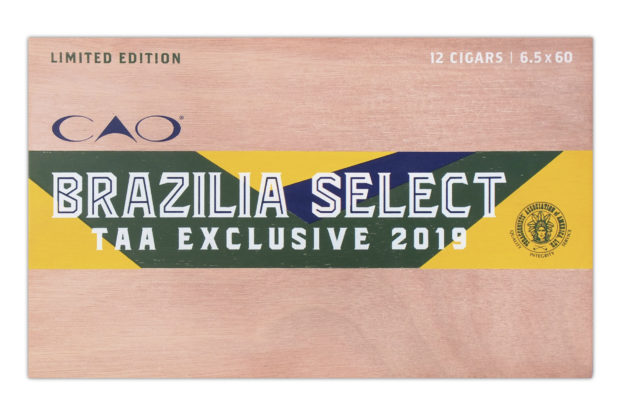 General Cigar Co.’s exclusive release for members of the Tobacconists Association of America (TAA) this year is a CAO.

The CAO Brazilia Select is a 6 1/2 x 60 gordo extra that uses a Connecticut habano grueso wrapper over a Brazilian binder and fillers from the Dominican Republic, Honduras and Nicaragua. It is priced at $8.99 and limited to 1,000 boxes of 12 cigars.

“With a binder made from the original CAO Brazilia’s wrapper, the tobaccos create a smoke with sweet and nutty notes and a toasty finish,” says a statement from the company.

It held its annual meeting this past week in Casa de Campo, Dominican Republic.