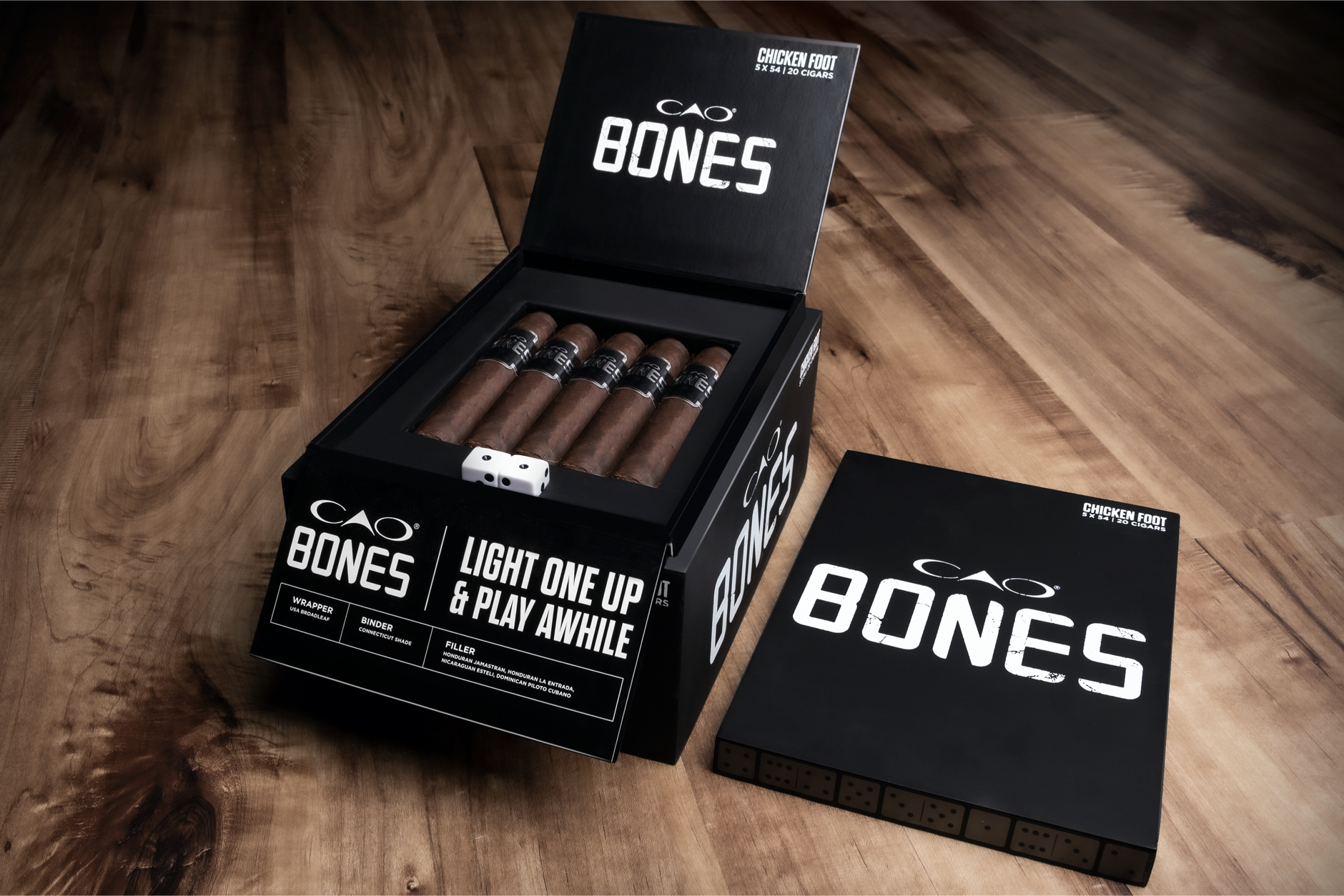 Not long after the calendar turns to August, the CAO Bones is expected to begin arriving on retail shelves.

According to a report by Cigar Aficionado, the blend uses a Connecticut broadleaf wrapper, Connecticut shade binder, and a filler blend of Nicaraguan tobacco of undisclosed varietal, along with Dominican piloto cubano and Honduran tobacco grown in the Jamastran and La Entrada regions. General Cigar Co. calls it a medium- to full-bodied blend. It is being made at the STG Estelí factory in Nicaragua and is said to be a regular production addition to the CAO portfolio.

The line gets its name from both dominoes and dice, and inside each box will be a set of dice. The inside of the lid is covered with felt so it could be used as a surface to roll dice in. As such, the four vitolas in the line draw their names from dominoes games:

CAO Bones is scheduled to ship on Aug. 4.

Update: A representative from General Cigar Co. confirmed the details and provided pictures.