Possibly one of the most interesting and talked about cigars at the 2014 IPCPR Convention and Trade Show was the CAO Amazon Basin. Using a tobacco grown in the Amazon Rain Forest, Bragança, the difficulty of harvesting and transportation of this tobacco is what made it rare, and that rare tobacco is what made this such a unique blend. Back at the end of 2016 a second release of the cigar was done, and the results of Brooks Whittington’s redux showed a very different cigar.

This year, General Cigar Co. announced the second and third in a trilogy of CAO Amazon releases, the Fuma Em Corda. The name translates into smoke on a rope which is also the name of the fermenting process for the arapiraca tobacco from the Brazilian state of Alagoas. It is literally twisted into large ropes of tobacco, then fermented that way as opposed to how we’re more used to hearing it done in large piles, or pilones.

After this fermentation process, the tobacco was then sent to Honduras where it was blended with the previously mentioned Brazilian Bragança tobacco, along with Cameroon, Honduran and Nicaraguan tobaccos to create the finished product. Unlike the first Amazon release, this one has two sizes: a robusto that was sent to brick and mortar stores and a toro that was sent to catalog retailers. In addition, while the wide release hasn’t happened yet, the final cigar in the trilogy will be the CAO Amazon Anaconda. 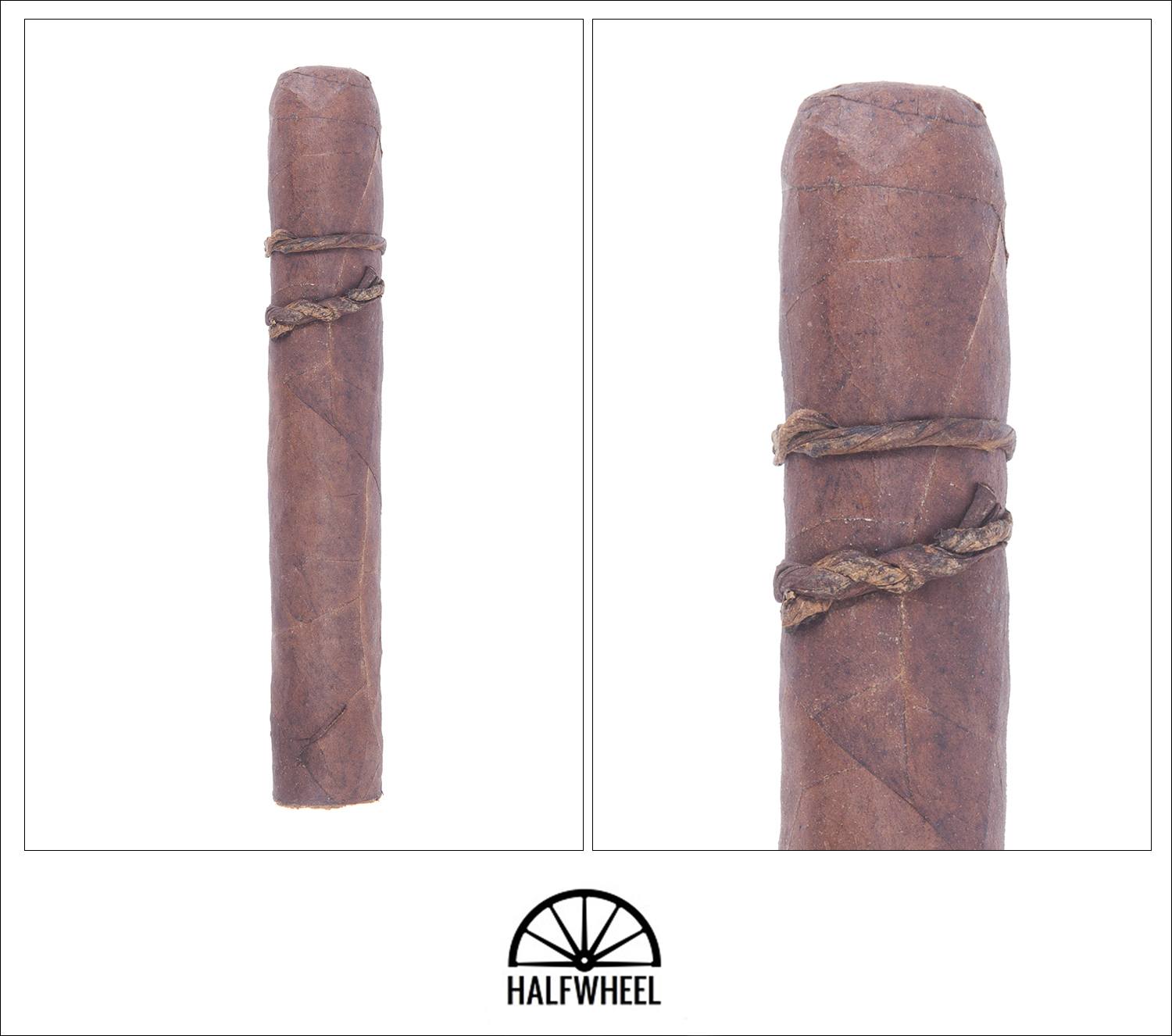 While the wrapper is quite soft, the twisted tobacco rope in place of a band gives it a rustic look. The Fuma Em Corda is firm, with just the right amount of give to it. The aroma coming off the wrapper is earthy and fruity, almost like sweet, overripe fruit note. That sweet, overripe fruit note continues into the cold draw, almost like a banana and a peach orchard note. Along with that is some cinnamon, coriander and a light floral note.

Starting into the first third there is a lot of sweet spice up front, along with the fruit note continuing into the lit profile, while in the background are notes of light pepper, oak and a touch of earthiness. The burn certainly doesn’t start out perfectly, though while it’s a little jagged, it’s mostly even. Smoke production is very interesting, with it being almost anemic at times until a couple of draws, at which point it’s the thickest, most dense smoke I can remember seeing. The draw could be a factor in this for sure, as it’s towards the tighter end of ideal, though still within acceptable limits. The spice and fruit continue up front, with the combined sweetness being balanced out by the pepper, oak and earth on the backend. Leather and a hint of cocoa have also shown up, mostly residing as light notes that appear occasionally. 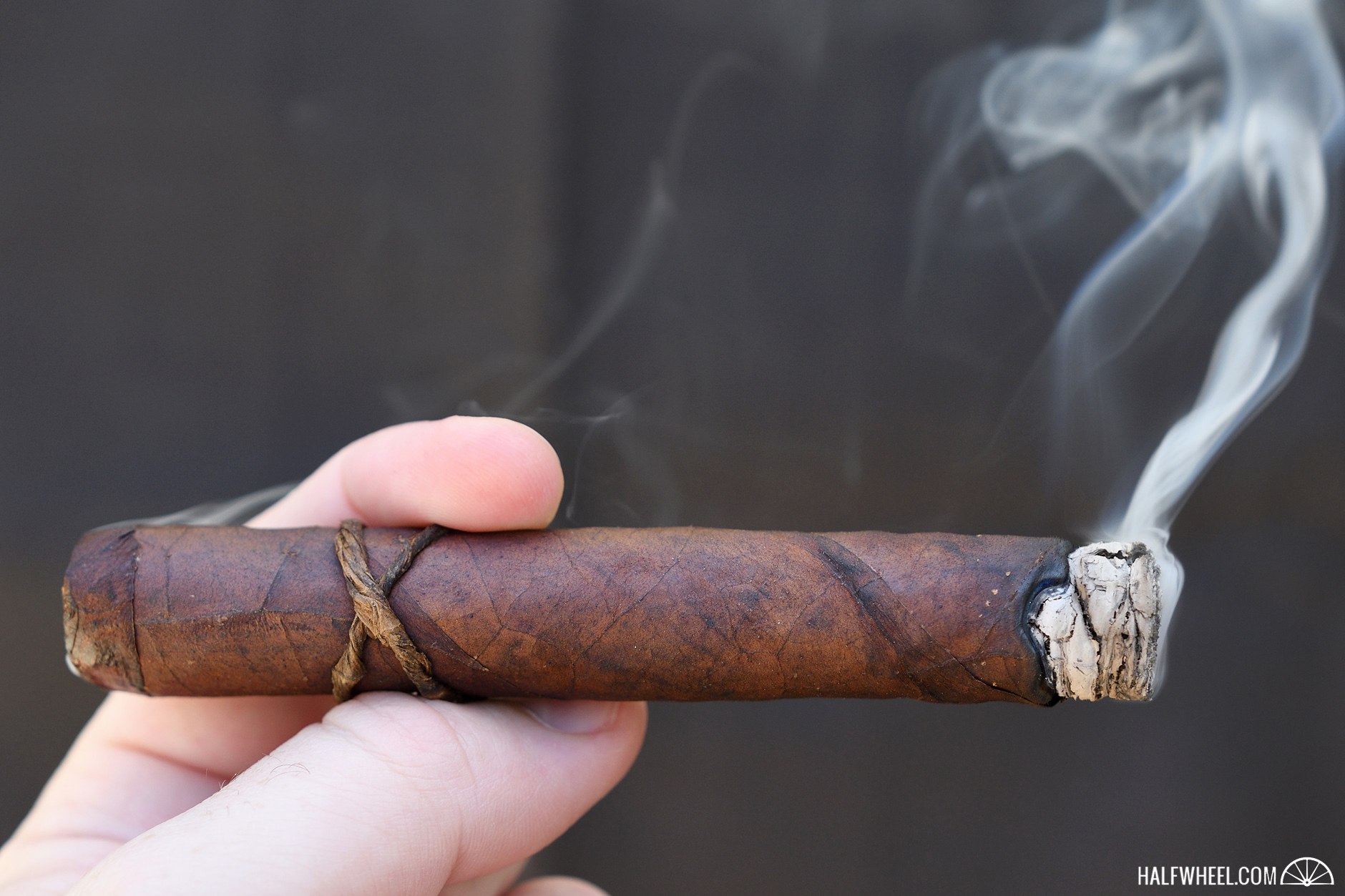 As I move into the second third, the spice up front has a specific hot cinnamon candy note that has broken out, which alongside the rich fruit note and evened out by the pepper, oak, earth, leather and cocoa makes for a pleasant, balanced profile. The burn continues to struggle, but has yet needed intervention from my lighter. Though the ash is a little flaky, it still holds on easily to around three quarters of an inch, only letting go when I roll it off in the ashtray. Smoke continues to vary between almost none and an overwhelming amount, though the aroma in the air around me is very enjoyable. 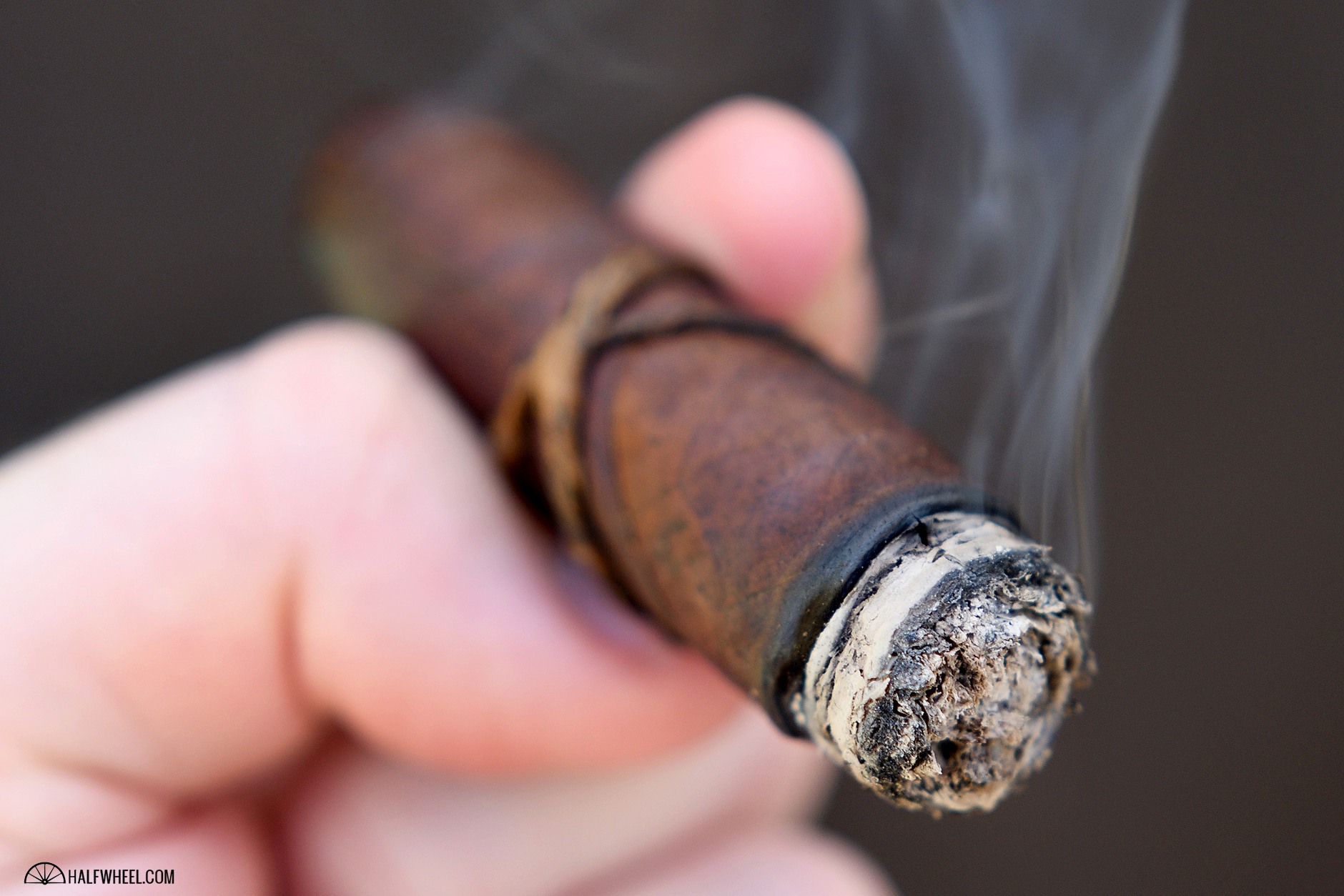 Starting the final third, a number of the notes start to die down in their intensity. The sweetness has certainly reduced a fair amount, though the spice and fruit notes are still there. Oak, earth, leather and cocoa continue in the background, though the pepper has faded to almost nothing. With the sweetness and pepper both fading however, the balance is still kept and while perhaps not as rich, still produces a good profile. While the burn right around the twisted tobacco band finally required a bit of a touch up, it was only a little section that was lagging behind. As the Fuma Em Corda wraps up, the profile remains smooth and ends without getting harsh or bitter. 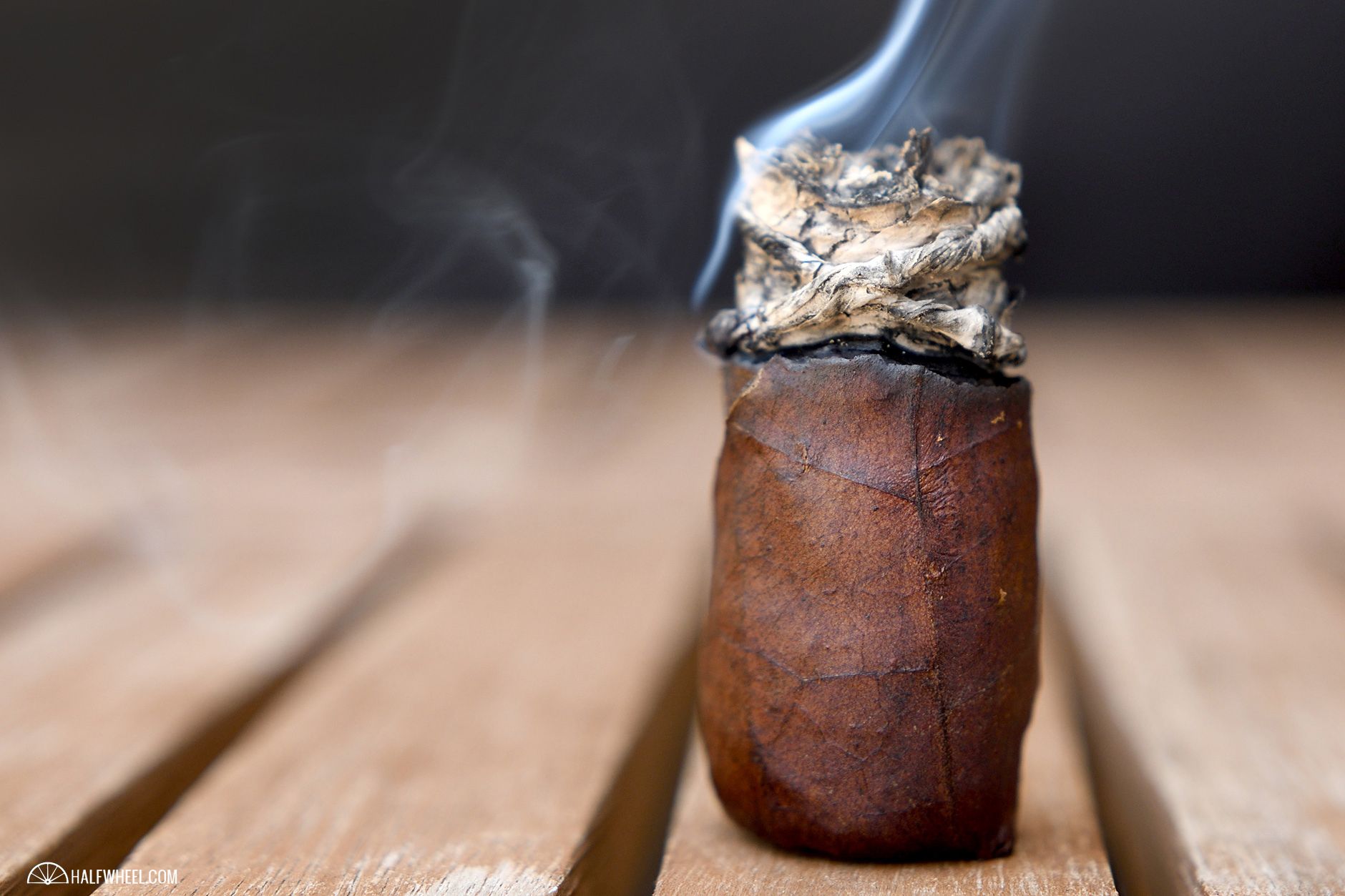 While I smoked the original CAO Amazon Basin release, it’s hard to really compare the two as they’re much different blends that just utilize some overlapping tobaccos. There are certainly similarities with the Brazilian Bragança being as dominant in the profile as it is, but I found the Fuma Em Corda much more enjoyable and certainly one that I’ll be seeking out more of. The sweet profile was balanced and rich for most of the cigar, with only the final third seeing a slight reduction in boldness and complexity. Construction overall wasn’t perfect, but still quite good, and for the most part I could just sit back and not worry about touch ups or ash falling all over me. The end result is a cigar that I can easily recommend trying for yourself, especially if you were a fan of the original Amazon release. It’s close enough to expect that you’ll enjoy it, but different enough that it stands on its own as a unique and flavorful blend.