At the 2014 IPCPR Convention & Trade Show, General Cigar Co. released a unique cigar named CAO Amazon Basin which relied heavily on Bragança, a tobacco grown in the Amazon rainforest and harvested just once every three years.

Our story on the General Cigar Co. booth at the IPCPR show had more info on the unique process it took to get the Amazon Basin to the market.

As for the rest of the blend incorporated a Ecuadorian Sumatra wrapper and a Nicaraguan binder. It was released in a single 6 x 52 size that was rolled at STG Estelí in Nicaragua. It’s considered a limited production release.

Here is what I said in my original review of the CAO Amazon Basin almost a year ago:

After being surprised with how much I liked the Cohiba Nicaragua, I was looking forward to seeing what General had in store for the CAO Amazon Basin. Quite a fuss was made about the unique tobacco in the blend, and while I enjoyed the cigar as a whole, I just did not taste that much uniqueness in the flavors that were present. The first two thirds are easily the best, and the final score would have been higher if the harshness had not been present in the final third. Having said that, overall the profile of the cigar is quite enjoyable, enough to recommend it.

As with the first time I reviewed it, the wrapper on the CAO Amazon Basin is a noticeably reddish and dark brown color that features both some significant veins as well as some obvious oil. It is fairly smooth to the touch, and is just a bit more spongy than I expected when squeezed. Aroma from the wrapper is a combination of leather, earth, dark cocoa, oak and sweet raisins, while the cold draw brings flavors of the same sweet raisins, oak, coffee beans, milk chocolate and nuts.

Starting out, the CAO Amazon Basin features dominant flavors of anise, dark cocoa, leather, oak and creamy peanuts, along with a touch of spice on my tongue that lasts for only about 10 puffs before receding to the background. The same raisin sweetness that I noticed in both the scent of the wrapper and the cold draw is present in force on the finish from the beginning, while the retrohale brings a noticeable black pepper note that seems to be increasing as the cigar continues to burn down. 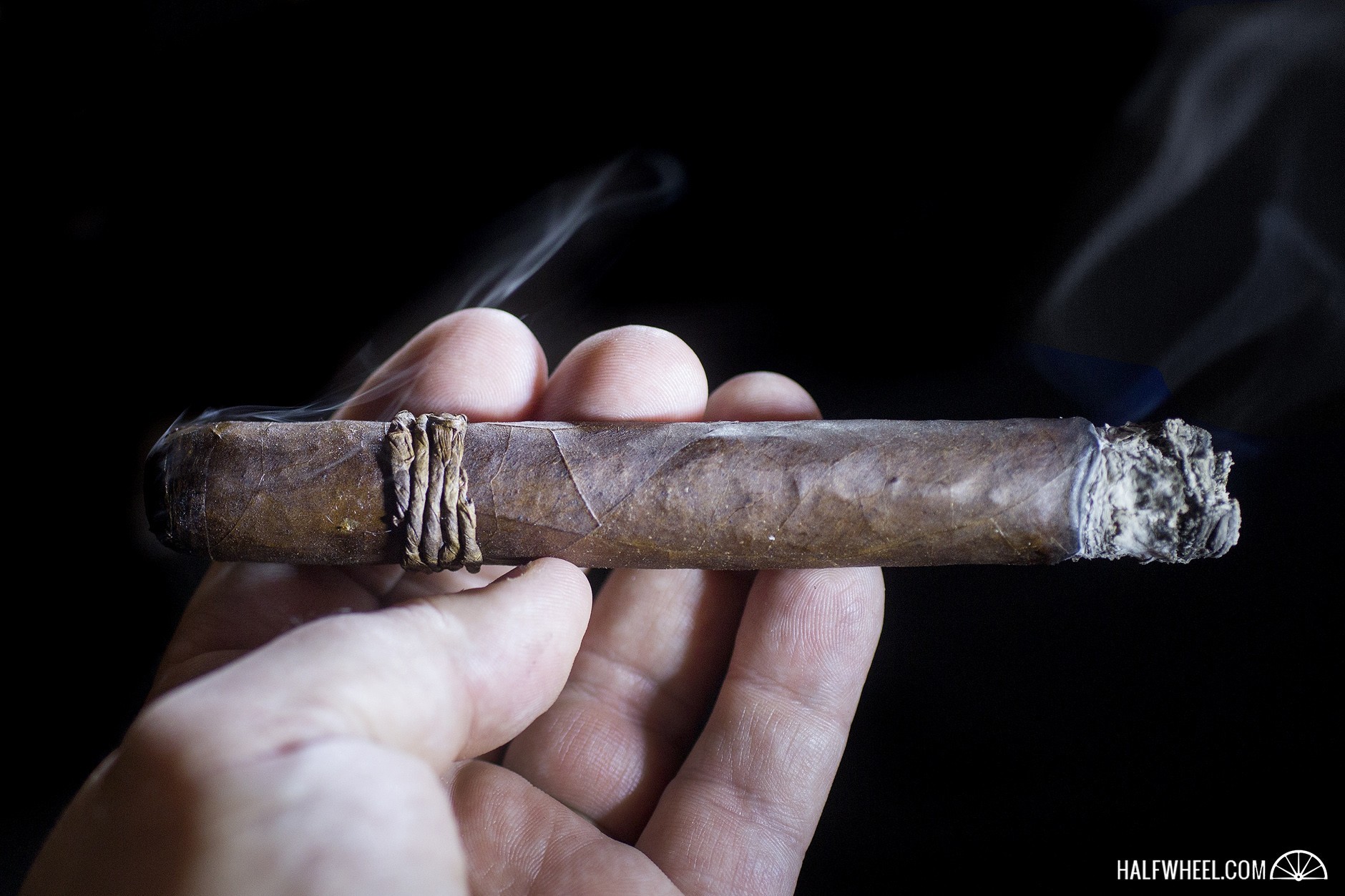 The second half of the CAO Amazon Basin has much of the same profile of the first half, but I do notice some buttery popcorn note that starts to become more and more obvious as the cigar burns down into the final third. There is also a bit of a saltiness that begins to show up on my lips, but it is never very strong, and disappears fairly quickly.

Construction-wise, the draw on the CAO Amazon Basin is excellent for the entire cigar, with just the right amount of resistance, and while the burn is wavy enough to force me to to touch it up for about the first half, it evens up nicely after that, giving me no more problems. Smoke production is well above average from the start. While the overall strength starts out quite mild, it does reach a solid medium by the time I put the nub down with about an inch left.

This is one of those cigars that I knew I wanted to redux the minute I finished the original review. Would some significant time tone down the harshness in the profile that hurt it so significantly the first time around, or would it turn out that was just a part of what makes up the cigar? Thankfully, I can report that the former is the case, as the overall flavors in the cigar are slightly more complex, but more importantly, has the added bonus of not featuring the same harshness at any point during the smoke. While I still think it could be improved in any number of ways, 10 months of age has done wonders for the CAO Amazon Basin, and I can easily recommend picking some up if you can find them.