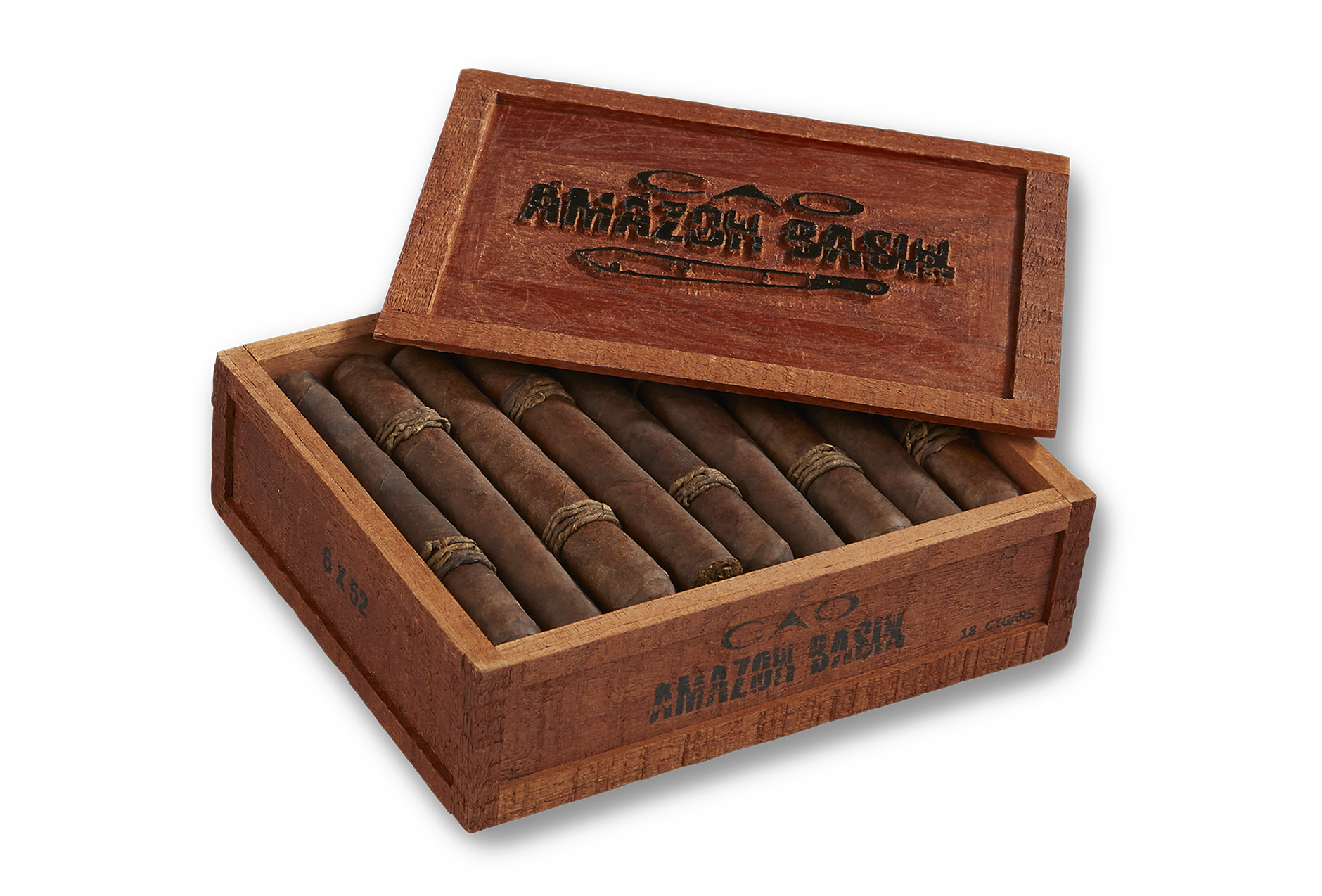 The CAO Amazon Basin is returning to store shelves for another limited edition run.

The line, which debuted in 2014, garnered attention for its use of a unique tobacco called Bragança that grown in the Amazon rainforest of Brazil. According to General Cigar Co., the tobacco is grown on unspoiled tropical land and harvested just once every three years. The seedlings are transplanted directly into the soil a full yard apart from each other, which results in less than half the yield of other tobacco plants.

Once harvested, the leaves are rolled by hand into tubes called carrotes and undergo six months of natural fermentation. From there they are transported out of the rainforest by canoe as they begin their journey to the STG Estelí factory in Nicaragua. They are then joined by Columbian and Dominican leaves in the filler, bound with a Nicaraguan binder and finished with an Ecuadorian Sumatra wrapper.

It returns in the same 6 x 52 toro vitola in which it debuted, which features the line’s signature wrapped coil of tobacco in place of a band. They are offered in rustin wooden boxes of 18 cigars, with a total of 6,000 boxes being produced for the U.S. market. Individual cigars have an MSRP of $12.99.

“When we launched Amazon Basin, we had a unique opportunity to use Amazonian tobacco before anyone else in the world had used it,” said Rick Rodriguez of CAO. “At that time, we were able to create a smoking experience that was completely different from anything on the market. Eight years later, CAO Amazon Basin still stands apart as one of the most important blends we have ever developed. It gives us great pleasure to re-introduce this incredible blend and share the extraordinary smoking experience it delivers with our fans.”

The line also had a release in 2016, as well as offshoot releases including the CAO Amazon Fumo em Corda, CAO Amazon Anaconda and CAO Orellana.

Update (Jan. 20, 2022) — General Cigar Co. clarified the blend details of the cigar, specifically that the filler includes Columbian and Dominican tobacco along with the Brazilian Bragança. The article originally indicated it was Brazilian and Nicaraguan tobacco, which was based off of the details of previous blends. We are awaiting clarification if this is a modified blend from the original and will update this article accordingly.

Update (Jan. 22, 2022) — A representative from General Cigar Co. confirmed the details of the blend, noting that when the original cigar was announced, it was described as having “four different countries” of tobacco origin in addition to the Brazilian Bragança.