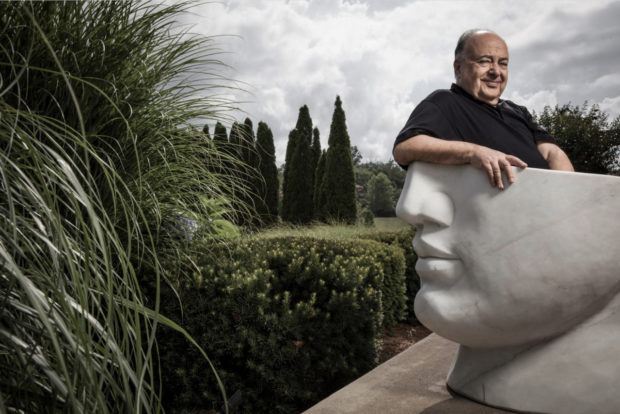 Cano Aret Ozgener, the founder of CAO, passed away Saturday at the age of 81 following a long battle with cancer.

Ozgener was born in Istanbul in 1937, but moved to the U.S. in 1962 to attend Columbia University. He would study to become an engineer and worked for DuPont for nearly a decade. In the late 1960s he began selling modified pipes to friends and shops in Nashville.

In 1977, he would start C.A.O. as a pipe company. It would expand to include cigars, humidors, humidifiers and others, though the company wouldn’t have success with cigars until the mid-1990s.

The company’s cigars gained notoriety in the late 1990s with production moving from the Plasencia factory to Costa Rica to the Perdomo factory before eventually being made at CAO factories in Honduras and Nicaragua. While the factories had the CAO name, they were owned by the Toraño family and run by the Olivas family. CAO would also create a flavored line of cigars, called CAO Flavours, which would go onto be a massive commercial success.

In 2006, following a near-death experience while trying to treat cancer, Cano decided to sell CAO to Scandinavian Tobacco Group (STG). The deal was announced in early 2007, though Ozgener’s son, Tim, and their staff stayed. While the company had a new owner, STG wasn’t a large player in the American cigar market and as such, the operation remained in Nashville and looked largely the same as before, though the older Ozgener was less involved.

That changed in late 2010, when a merger between STG and Swedish Match’s cigar business was finalized. CAO was folded into the larger Swedish Match portfolio, which included General Cigar Co. and Cigars International. CAO’s Nashville operations were moved to Richmond, Va. and most of the staff, including Tim, would not move with the brand to General.

Cano and Tim founded OZ Arts Nashville in 2012 as a way to give back to Nashville. The family converted the former CAO headquarters into an art space for contemporary art. It not only conveyed the family’s bond to the city of Nashville but also Cano’s love of art. Since turning 70, Cano produced over 500 pieces of artwork.

“You always told me that in life there are two types of people: givers and takers. Well you were a great giver,” wrote Tim Ozgener on Facebook. “You gave to your family, your dearest friends, your city, and this country. Your hope to inspire other immigrants will and does not go unnoticed. Rest In Peace, dad – you changed and enriched the life of everyone who graced your presence – we all love you, always, and know that your soul will always be in each and every one of us.”

Ozgener is survived by his wife, Esen; his children Tim and Aylin; his sister and four grandchildren, all of whom were at his side upon his passing.

A celebration of life is planned for Sunday, June 24 at 3:14 p.m. Ozgener also had an affinity for pi. It will be held at OZ Arts Nashville.