How did Camacho Cigars follow up to 2015’s extremely successful brand launch of American Barrel-Aged? The answer is simple: different tobacco aged in barrels that held a different type of barrel.

The relatively new cigars are dubbed Nicaraguan Barrel-Aged, and as the name implies, the brand incorporates corojo tobacco from the Estelí region that was aged in barrels that previously held Flor de Caña, a Nicaraguan rum ,for five months. This is a difference from the aforementioned American Barrel-Aged, which used Honduran corojo tobacco that was aged in Kentucky bourbon barrels.

“We began working with intense Nicaraguan-grown corojo fillers, painstakingly aging them in extra-old Nicaraguan rum barrels for 5-months,” said Dylan Austin, vp of marketing for Davidoff of Geneva USA, in a press release. “To hit the mark, our master builders worked with the team at Flor de Caña in Nicaragua to hand select these barrels for optimal humidity, some of which had been filled with rum for 25 years. The result is a powerful new blend that invites aficionados around the globe to stare down the barrel of Nicaragua’s true spirit.”

Blend-wise, the Camacho Nicaraguan Barrel-Aged features an Ecuadorian habano wrapper covering a Mexican binder as well as Dominican piloto cubano, Honduran corojo ligero and barrel-aged Estelí corojo in the filler. In addition, the tobacco is rolled in the same way as the company’s Powerband release is: a bunching process that folds the tobacco in the filler in an accordion style folding method.

There were three different vitolas of the Camacho Nicaraguan Barrel-Aged at launch. 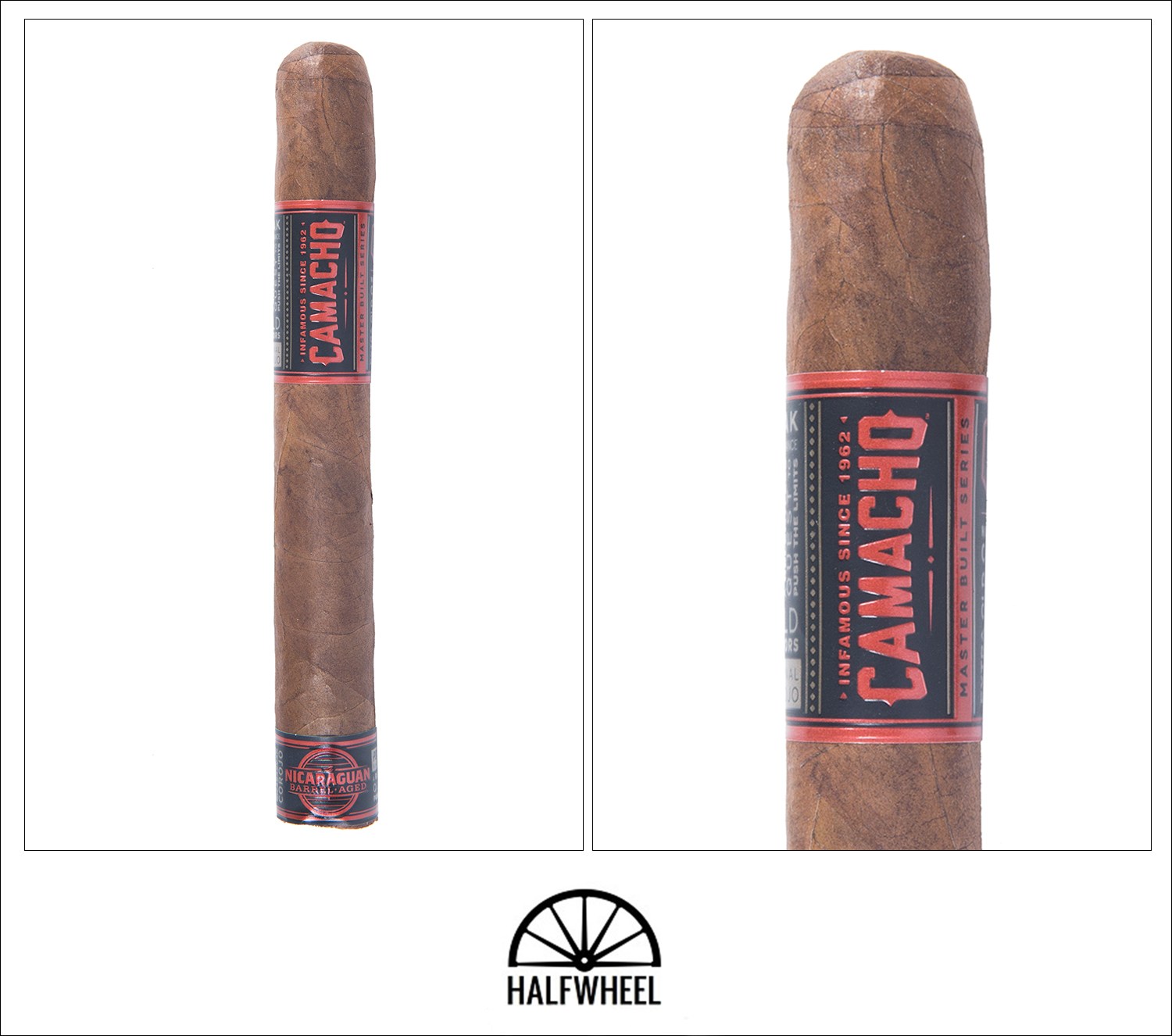 Visually, the Camacho Nicaraguan Barrel-Aged seems expertly rolled, with a dark reddish-brown wrapper that is surprisingly smooth to the touch, considering the lack of oil that is present. There are a number of very obvious veins running up and down the length, and the cigar is quite spongy when it is squeezed. Aroma from the wrapper is extremely musky, with a combination of strong oak, espressos beans, sweet rum, almonds, leather and a touch of floral, while the cold draw is extremely sweet, with flavors of milk chocolate, brown sugar, oak, cinnamon and sweet cream along with some slight spice on my tongue.

Although I thought I was ready for it after tasting it on the cold draw, I was still a bit shocked at just how sweet the Nicaraguan Barrel-Aged Toro starts out, with an aggressive creamy oak and burnt sugar sweetness that reminds me the crust of creme brûlée. There is some noticeable black pepper on the retrohale as well as more of the burnt sugar sweetness, and other flavors are easily identifiable, including dark chocolate, earth, almonds, fresh ground coffee, rum and hay. Construction-wise, the draw is excellent so far, and while I have to touch up the burn once, it is not even close to bad enough to concern me. The strength is surprisingly light this early on, and fails to hit the medium mark by the end of the first third. 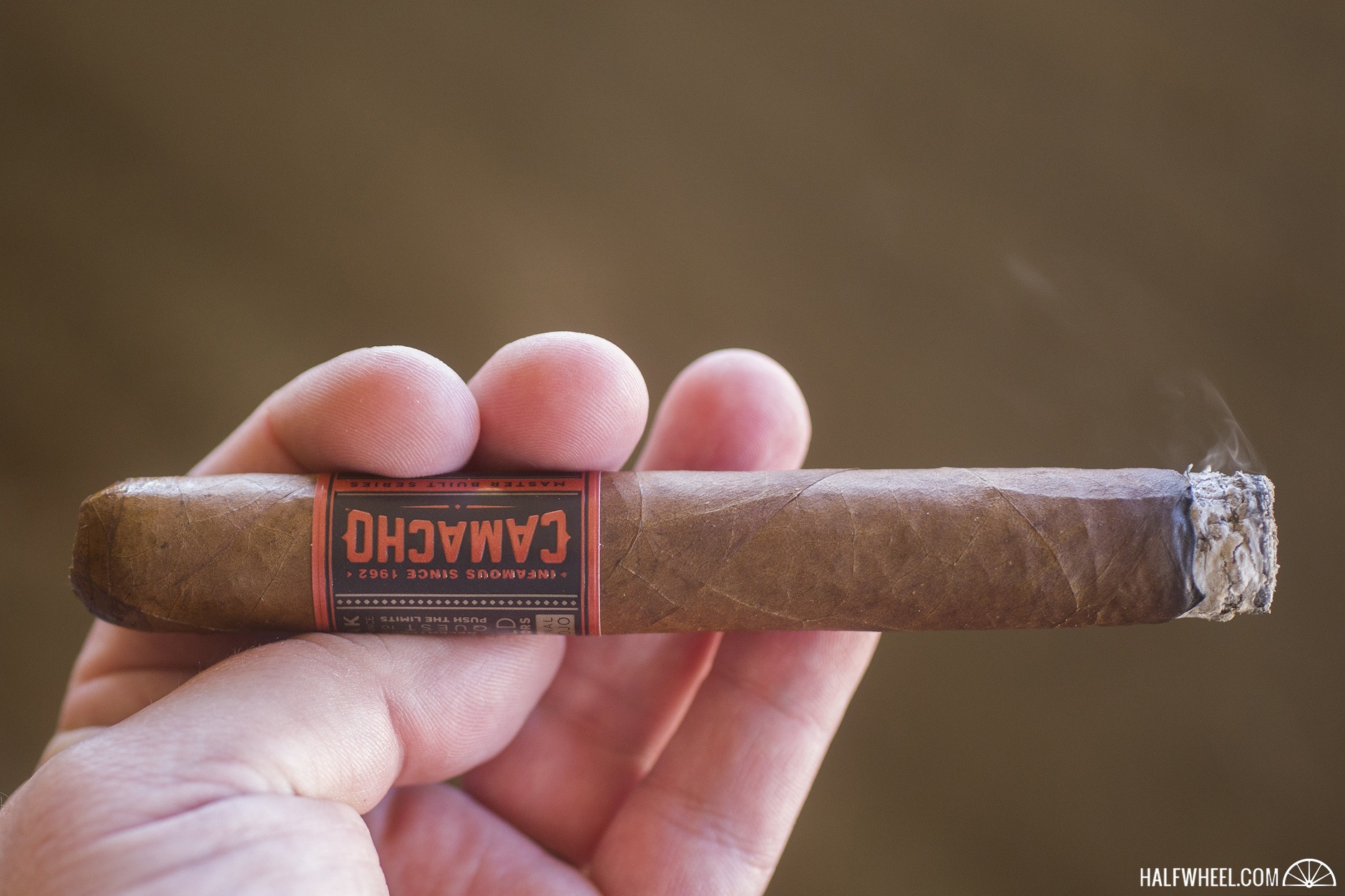 Both the black pepper and burnt sugar sweetness have a huge upswing in second third of the Camacho Nicaraguan Barrel-Aged, although the sweetness has left the palate almost totally. There, the main player is the same creamy oak that was found in the first third, followed by notes of hay, bitter espresso, roasted nuts, cinnamon, leather and cocoa nibs. The draw remains excellent, and while the burn is far from razor-sharp, it has evened up enough to not give me any major issues. In addition, both the smoke production and strength have increased noticeably, with the latter easily hitting the medium mark by the time the second third comes to close. 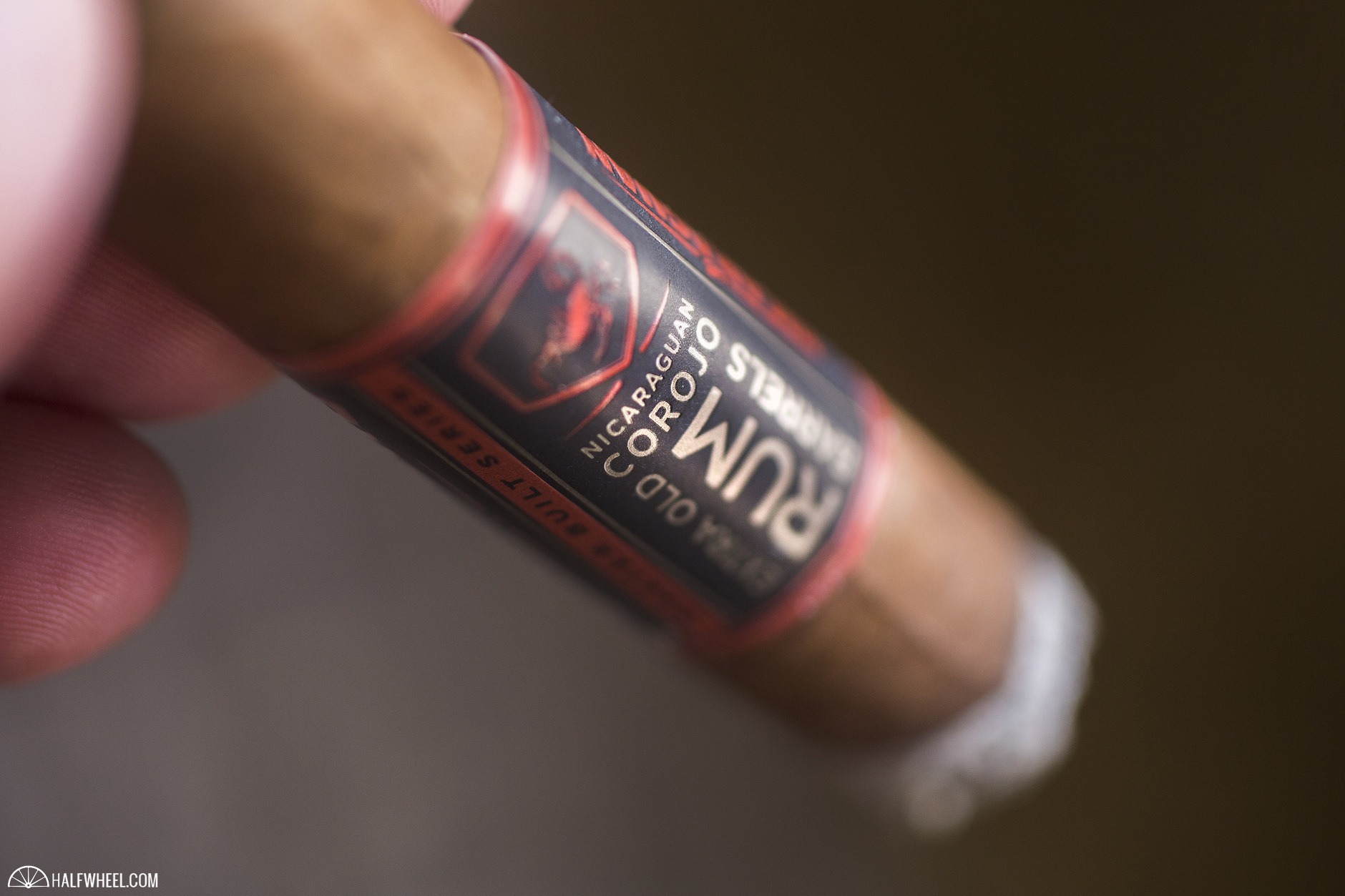 The final third of the Camacho Nicaraguan Barrel-Aged features the same creamy oak note as the dominant flavor, while both the burnt sugar sweetness and black pepper on the retrohale have dissipated a bit, although they are both still easily strong enough to have a major impact on the profile. Other notes of leather, cinnamon, dark chocolate, hay, almonds and slight floral flit in and out, while the smoke production remains fairly consistent with the second third. The burn is still giving me no issues whatsoever and the burn continues to impress; in addition, while the overall strength does manage to get past the medium mark, it does not go much further, stalling out there by the time I put the nub down with about an inch left. 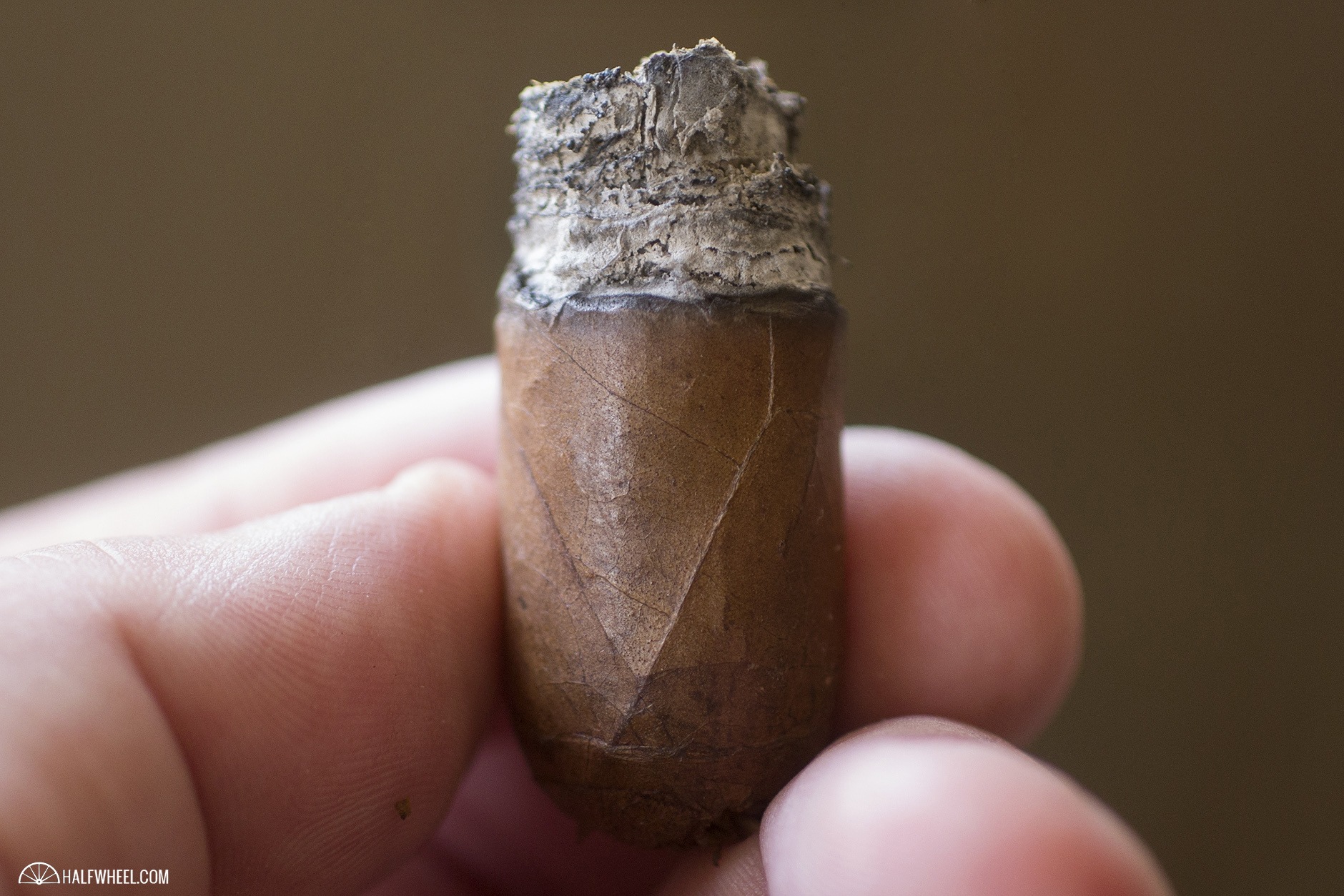 After smoking three of the toro vitolas, I would describe the Camacho Nicaraguan Barrel-Aged in three ways: sweet, creamy and smooth. The profile is loaded with creamy oak, burnt sugar sweetness—a note that is relegated almost entirely to the retrohale after the first third—and aged oak, with a number of other flavors underneath, including a hint of rum. In addition, there is just enough pepper on the retrohale throughout the cigar to give the blend a bit of a kick, and easily enough to cut the sweetness that is present. This is a cigar to enjoy slowly, contemplatively and while drinking a spirit of some sort, and honestly, I enjoy the blend quite a bit more than its American brother in Camacho’s lineup, at least in the toro vitola.