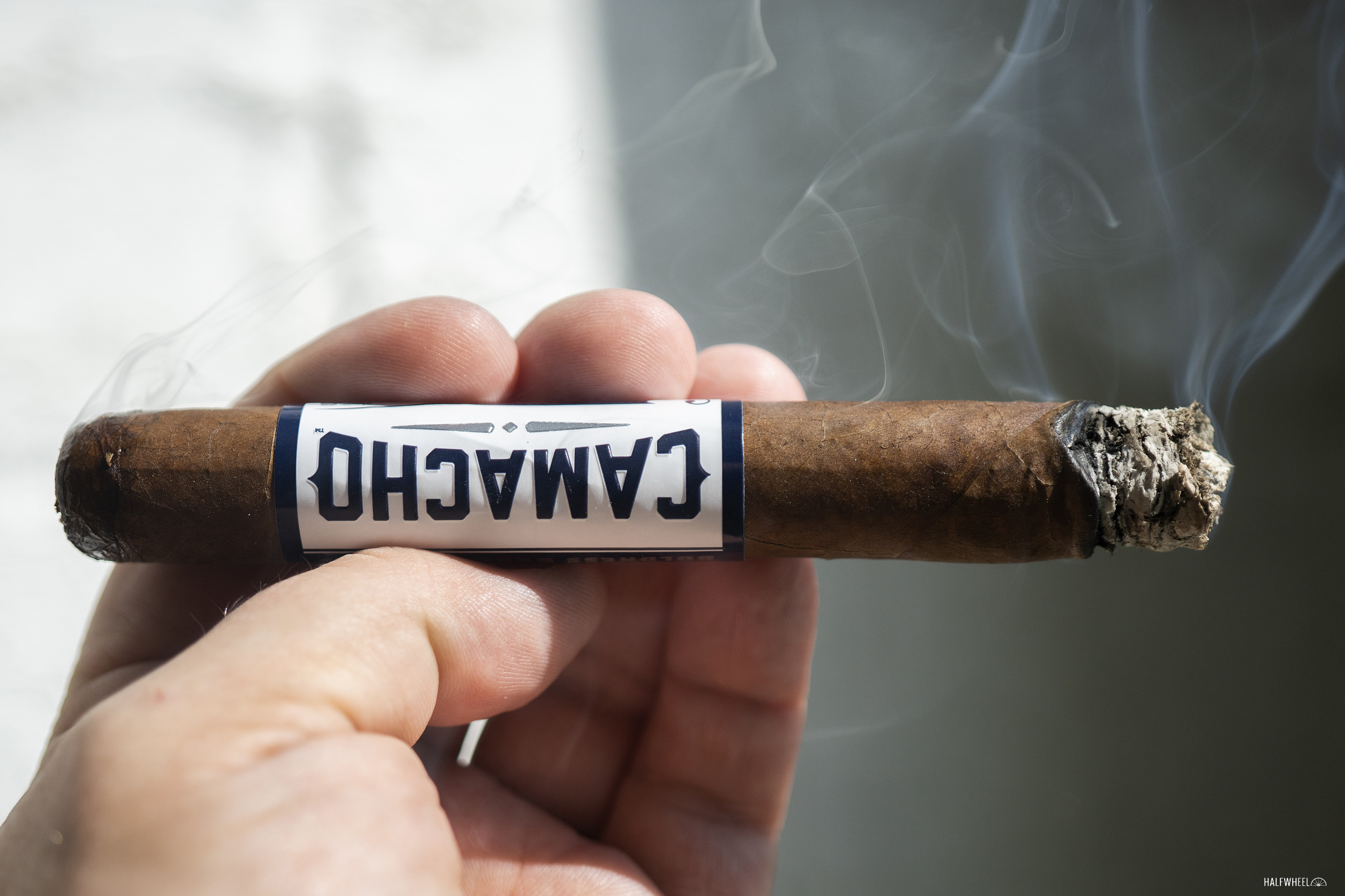 One of the oldest series made to commemorate a specific holiday is the Camacho Liberty Series, which—as the name alludes to—is released every year around the July 4th holiday. Dedicated to the Independence Day holiday, the series debuted with a five-vitola line in 2002. However, with the exception of 2002, 2004 and 2007, every year’s release has only been made up of a single vitola.

In June, Davidoff of Geneva USA announced the newest incarnation in the popular line, the Liberty Series 2021, a 7 x 48 Churchill vitola that incorporates an Ecuadorian wrapper coving a Nicaraguan binder as well as filler tobaccos sourced from the Dominican Republic and Honduras.

“Creating a cigar inspired by the most prized of American ideals as a companion to our nation’s Anniversary demands the greatest of respect and attention,” said Edward Simon, chief marketing officer for Oettinger Davidoff AG, in a press release. “This complex and bold blend delivers evolving flavors yet consistent enjoyment. We are proud of this 19th installment of the Camacho Liberty Series and are honored to have the opportunity to create a blend that represents the Americana characteristics and ideals.” 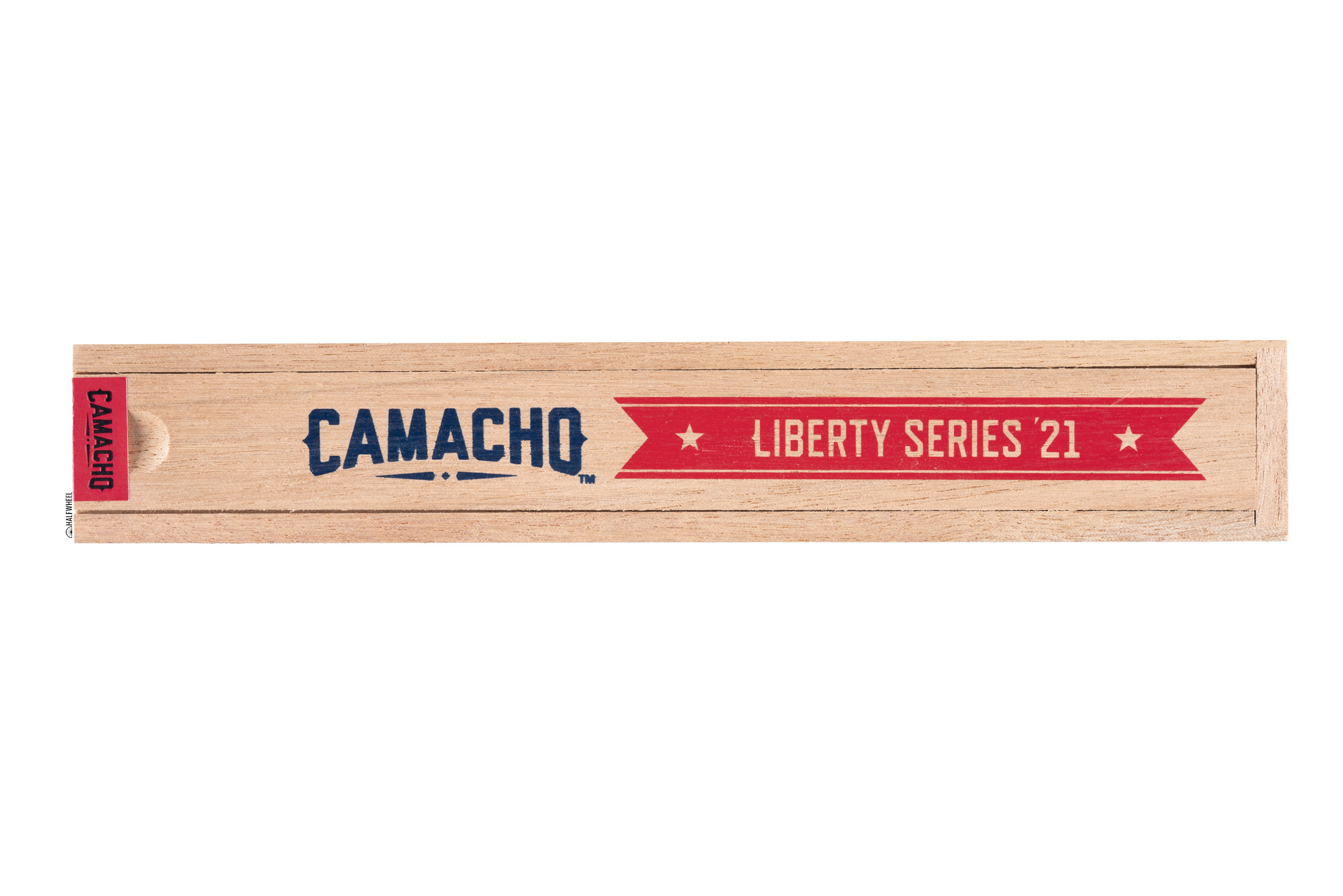 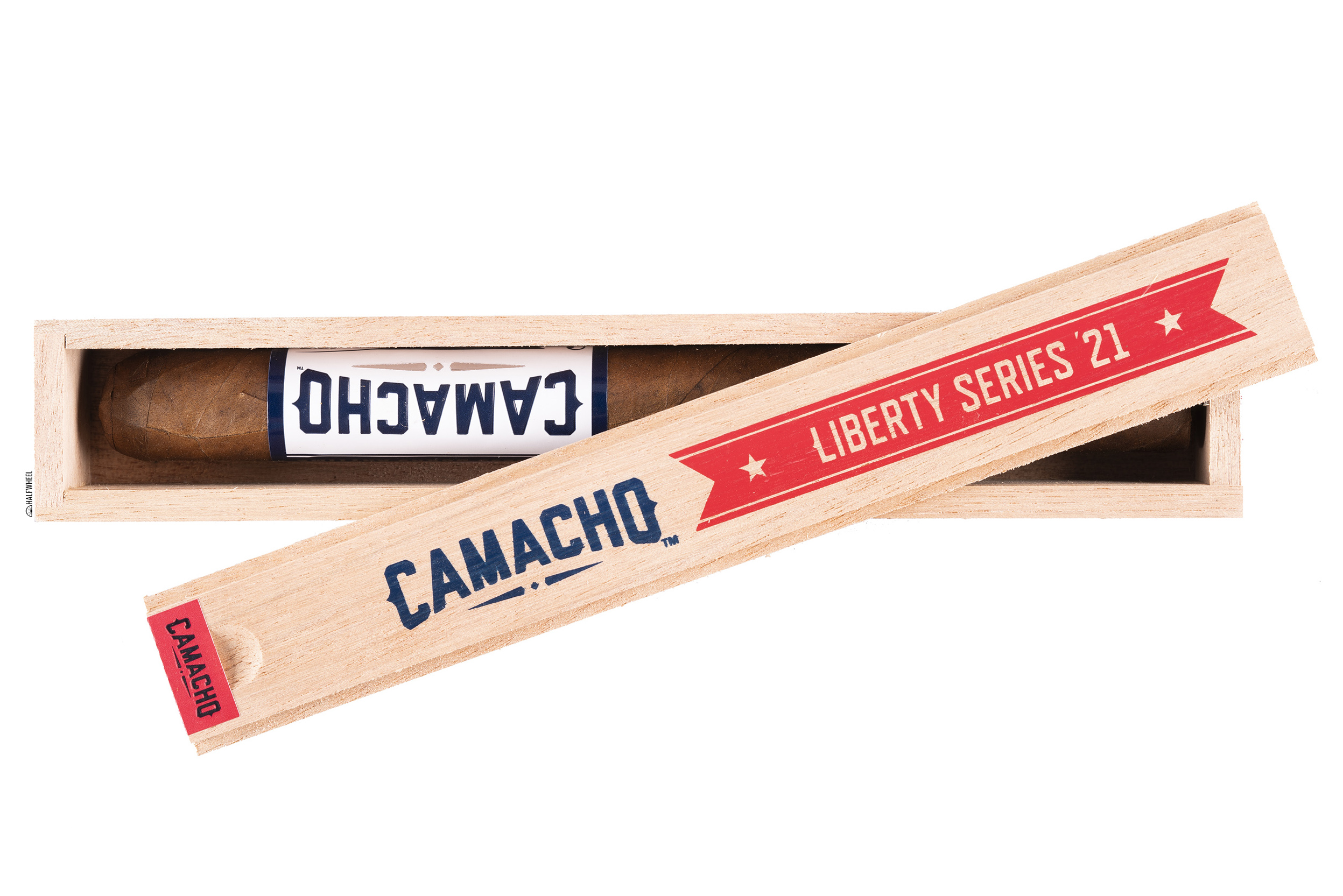 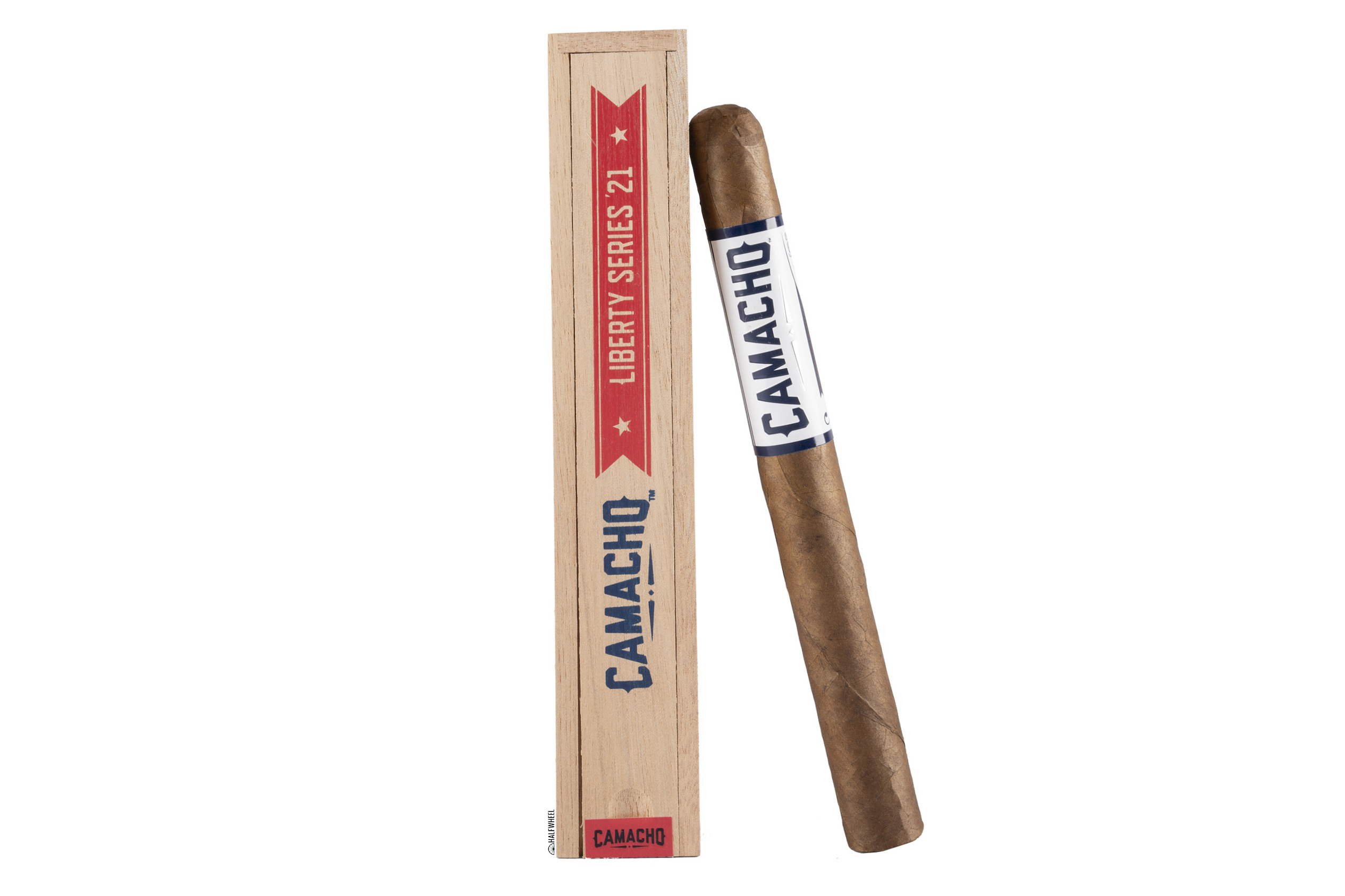 According to the company, each of the Camacho Liberty Series 2021 is packaged in individual coffins with an MSRP of $20, with 20 coffins included in each box. Total production is limited to 2,550 boxes of 20 cigars worldwide; the first 1,500 of those boxes began shipping to retailers in the U.S. in early June.

There have been 21 releases in the Camacho Liberty Series so far since it debuted in 2002: Davidoff knows how to nail a theme with packaging and the Camacho Liberty Series 2021 is a great example: sliding open the lid of the coffin reveals the long cigar covered in a lighter cinnamon brown wrapper that features a number of very prominent veins but almost no oil to speak of. The large red, white and blue band would be overwhelming on anything smaller or shorter, but it looks like it belongs on this cigar. The aroma from the wrapper is a combination of earth, sweet hay, manure and coffee grounds while the foot brings notes of barnyard, creamy peanuts and raisin sweetness. Finally, the cold draw is full of strong cocoa powder, rich raisins, earth, generic nuts and slight cinnamon.

There is quite a bit of dark chocolate bitterness in the first few puffs of the Camacho Liberty Series 2021 right after I toast the foot, but the main notes in the profile quickly shift to a combination of creamy leather and peanuts. Those are followed by lesser flavors of earth, creamy cedar, espresso beans and hay bringing up the rear. In addition, the retrohale is full of a rich raisin sweetness note that combines nicely with some very obvious pepper, both of which seem to be getting stronger slowly. In terms of strength, the Camacho starts out at a point between mild and medium, but does manage to increase slightly by the time the first third ends. Flavor is full, body is medium and strength ends at a point between mild and medium. Construction-wise, the draw is excellent after a simple straight cut, and while the burn is wavy, it is not bad enough to need correcting as of yet.

While the flavors of peanuts and leather continue to top the profile of the second third of the Liberty Series 2021, there is also a noticeable increase in the raisin sweetness on the retrohale. In addition, secondary notes include cinnamon, powdery cocoa nibs, espresso beans, hay and earth. Flavor remains medium-full, body is still medium and the strength level has increased to end just under medium. In terms of construction, the draw continues to impress while the burn has evened up to become very close to razor sharp. The final third of the Camacho continues the trend set forth by the preceding two thirds for the most part: main flavors of peanuts and leather followed by milder notes of earth, popcorn, cinnamon, cocoa nibs, creamy cedar, hay and a slight floral flavor. While there is not that much of an increase in the amount of the rich raisin sweetness on the retrohale, there is a slight increase which helps the profile quite a bit. Flavor ends up the same medium-full, body ends at medium and the strength increases enough to pass into a solid medium but goes no further. Unfortunately, the burn has finally become problematic enough to need correcting with my lighter—albeit only once—but the excellent draw remains the high point of the construction. 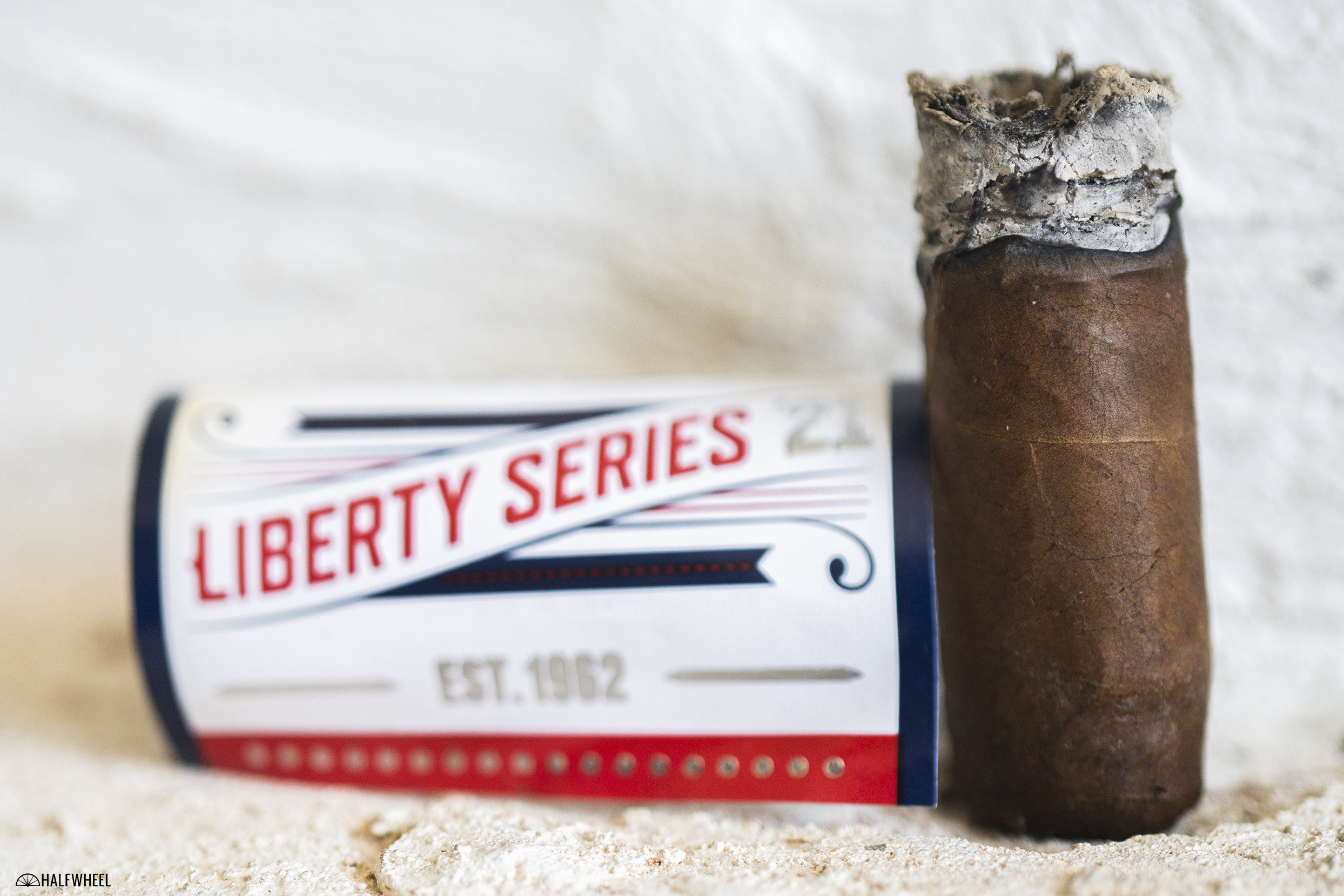 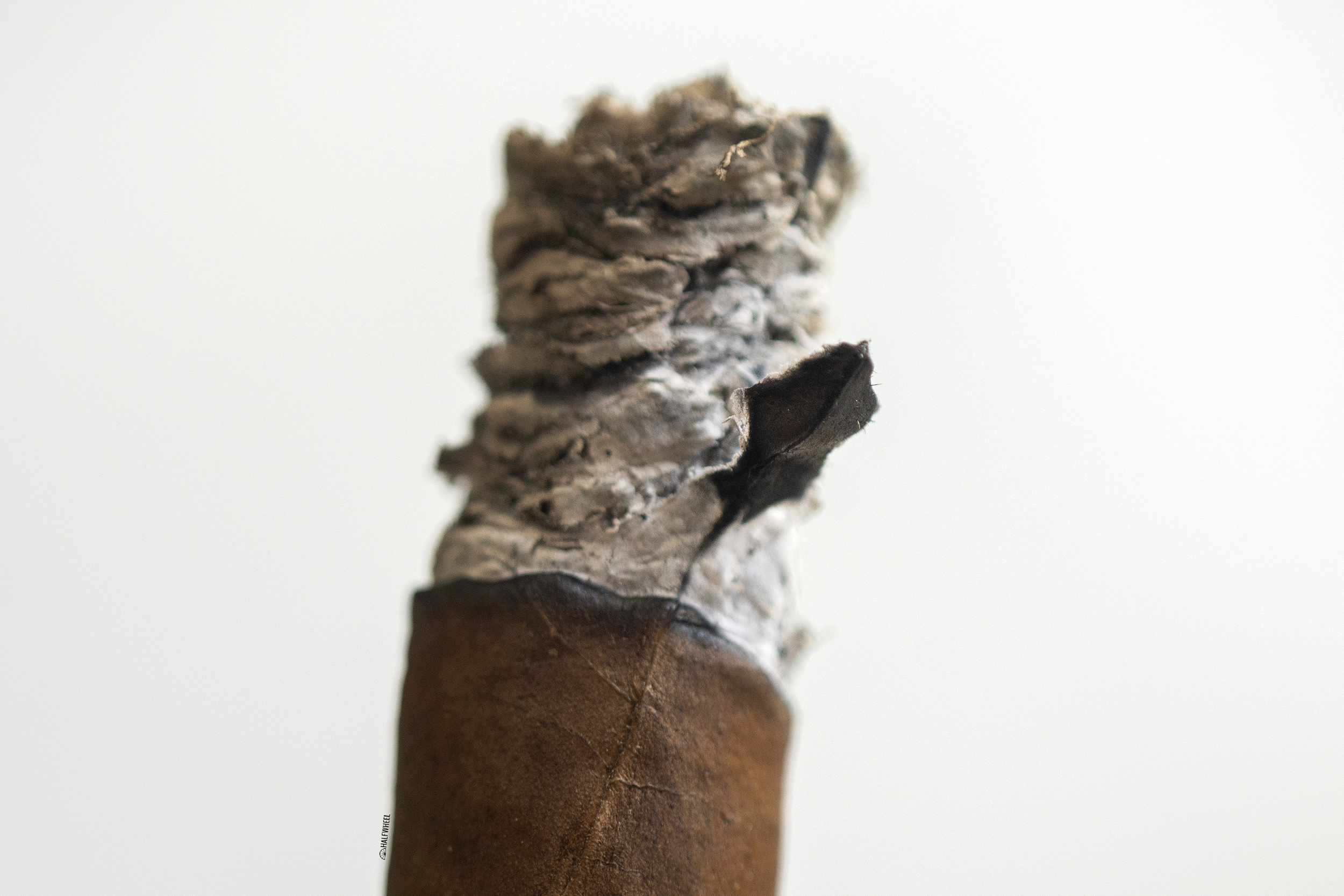 The Camacho Liberty is a release that I look forward to every year, not only to taste each blend, but also to see how they manage to use the flag and red/white/blue color scheme to differentiate each version. This newest incarnation features a number of great aspects, including a profile that is as smooth as silk, very nice—albeit a bit linear—main flavors of creamy leather and peanuts as well as a rich raisin sweetness on the retrohale that sticks around for pretty much the entire smoke. The Liberty Series has included some very, very good cigars—as well as some more forgettable blends—and while the 2021 incarnation is nowhere close to the top of that pile, it is easily enjoyable enough to track down and try for yourself.