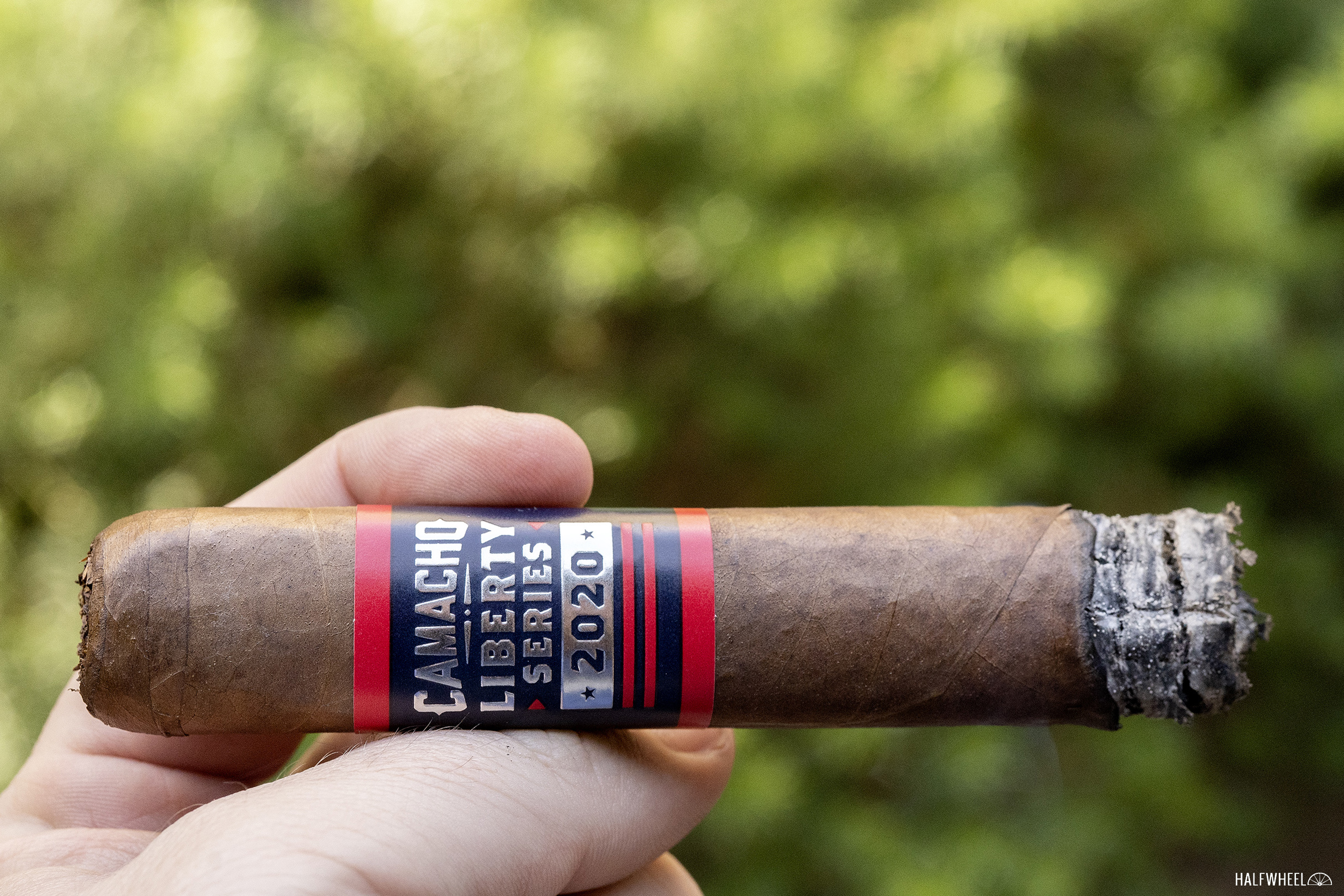 Let’s face it, 2020 will be remembered for a lot of less than ideal happenings in our world. While a cigar certainly won’t top the other news of the year, one thing might end up as a bit of a footnote this year.

It’s the year that the Camacho Liberty Series came back, at least in terms of a new cigar being released. 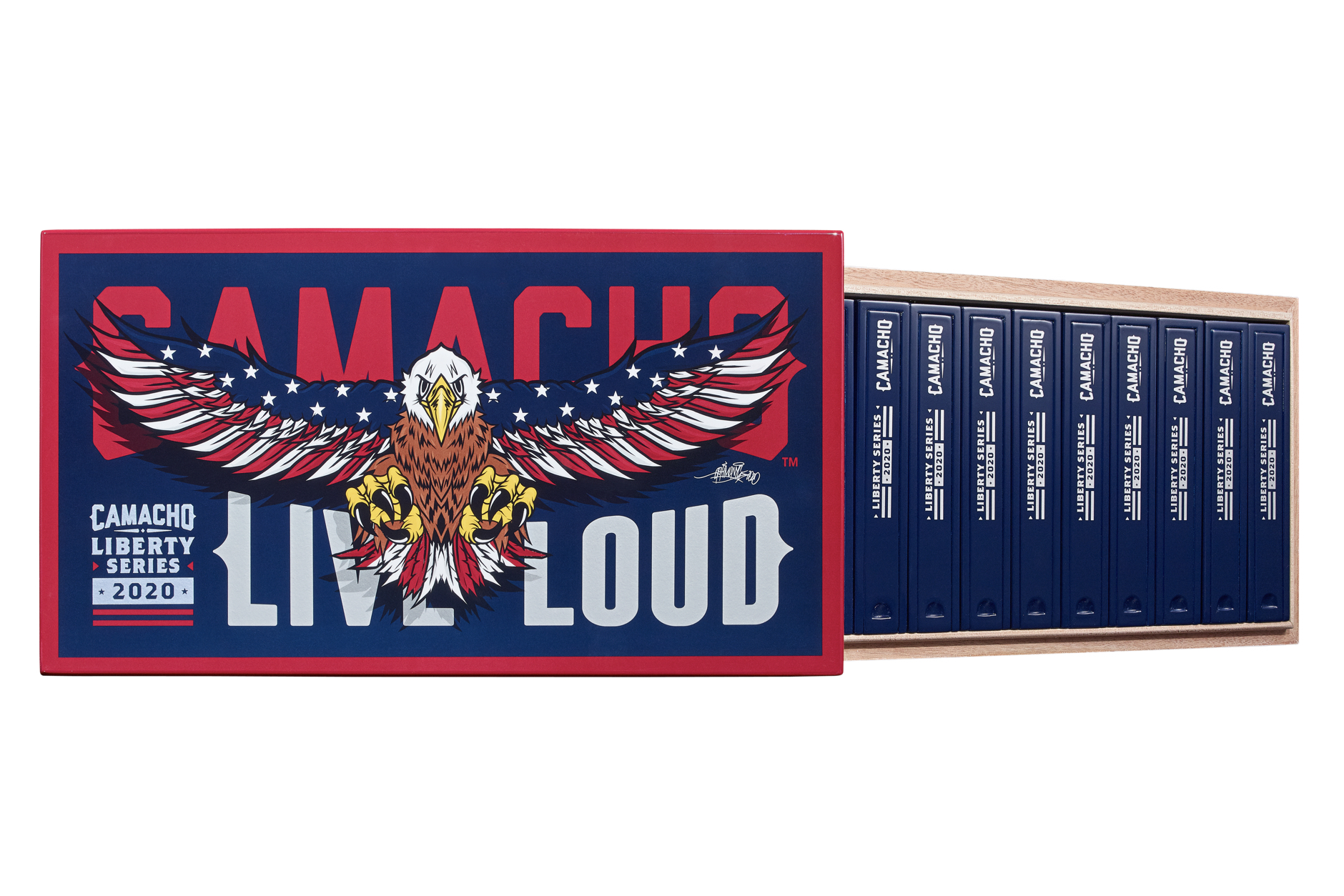 Image via Davidoff of Geneva USA

It’s the first time since 2017 that the Camacho Liberty Series has released a new cigar, though that doesn’t mean the series went on a complete pause. Rather, Davidoff of Geneva USA, which owns the Camacho brand, simply released previous editions of the series under the header Throwback Edition. 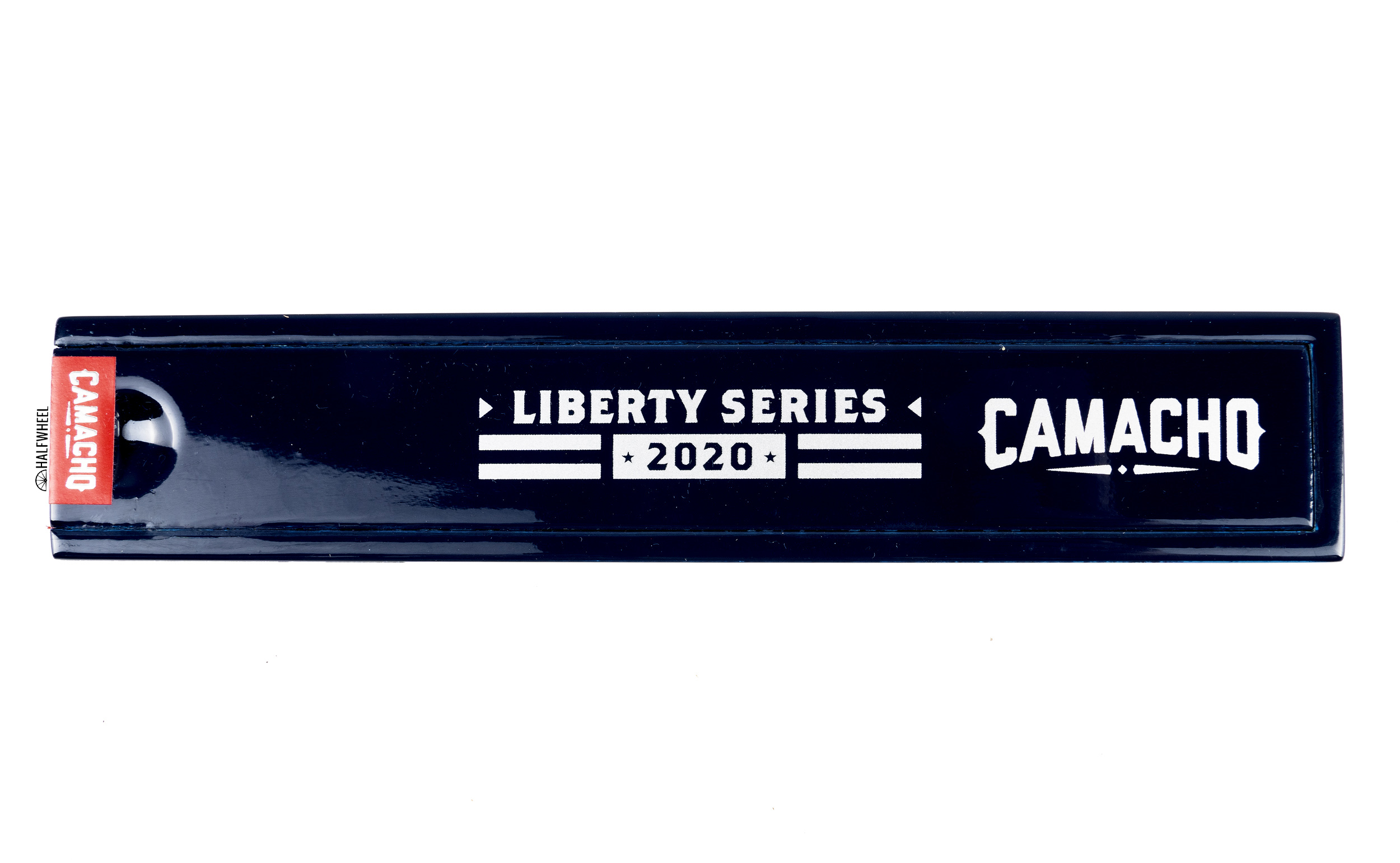 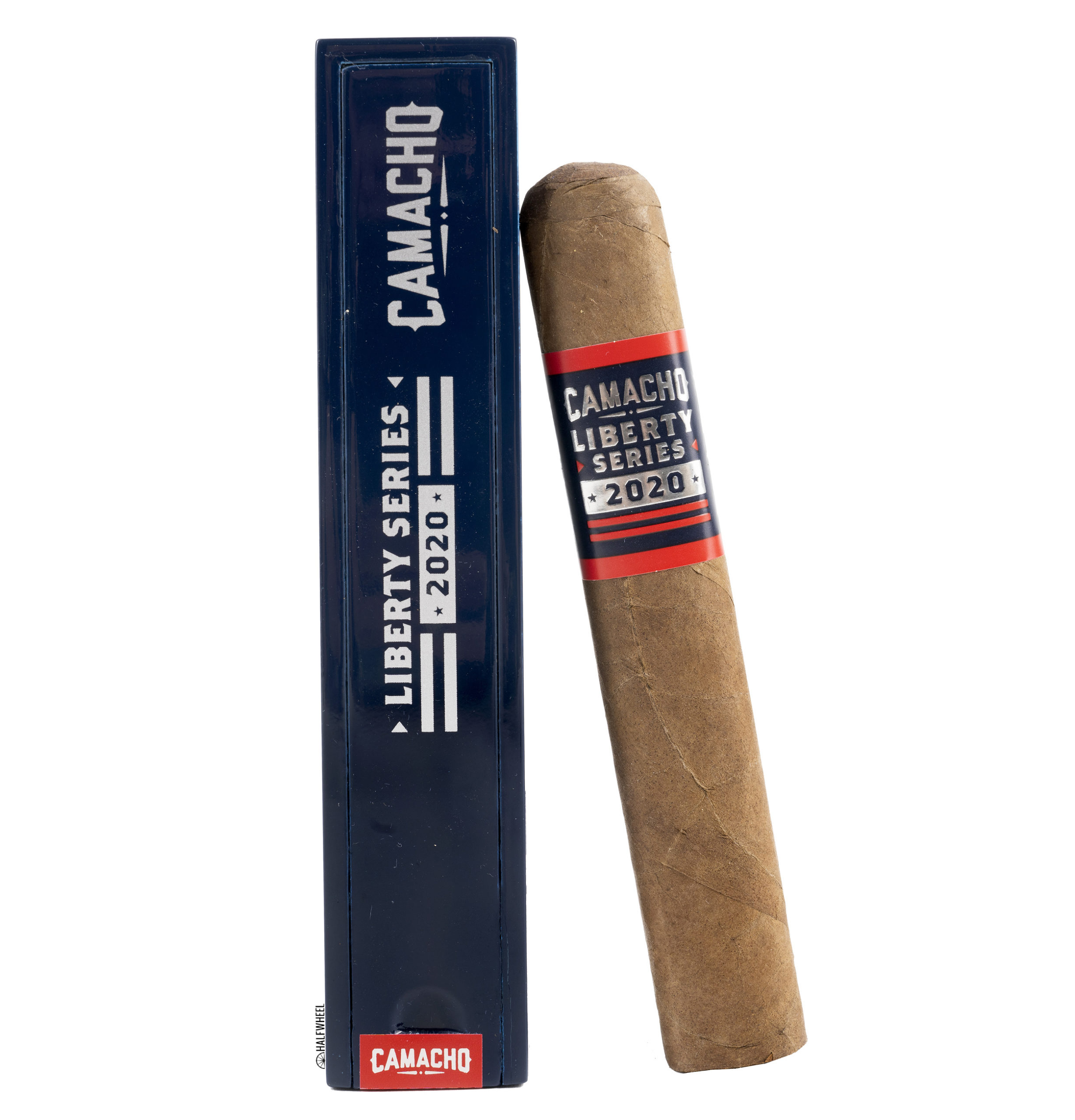 The 2020 installment is a 6 x 60 gordo, the first time that the line has used the vitola, though it is one that gets box pressed into a rectangular shape that is designed to make it feel a bit smaller.

As for the blend, it uses an Ecuadorian habano wrapper, Honduran corojo binder, and fillers from the Dominican Republic and Honduras. According to Davidoff of Geneva USA, the tobaccos have been aged for four years.

As with all of the previous installments, this is a limited edition, with 4,185 boxes of 20 cigars produced in total, and just 2,550 of those boxes destined for the U.S. market. That said,  it’s one of the biggest domestic releases in the line’s history and easily the largest overall release among the line’s previous 20 installments. 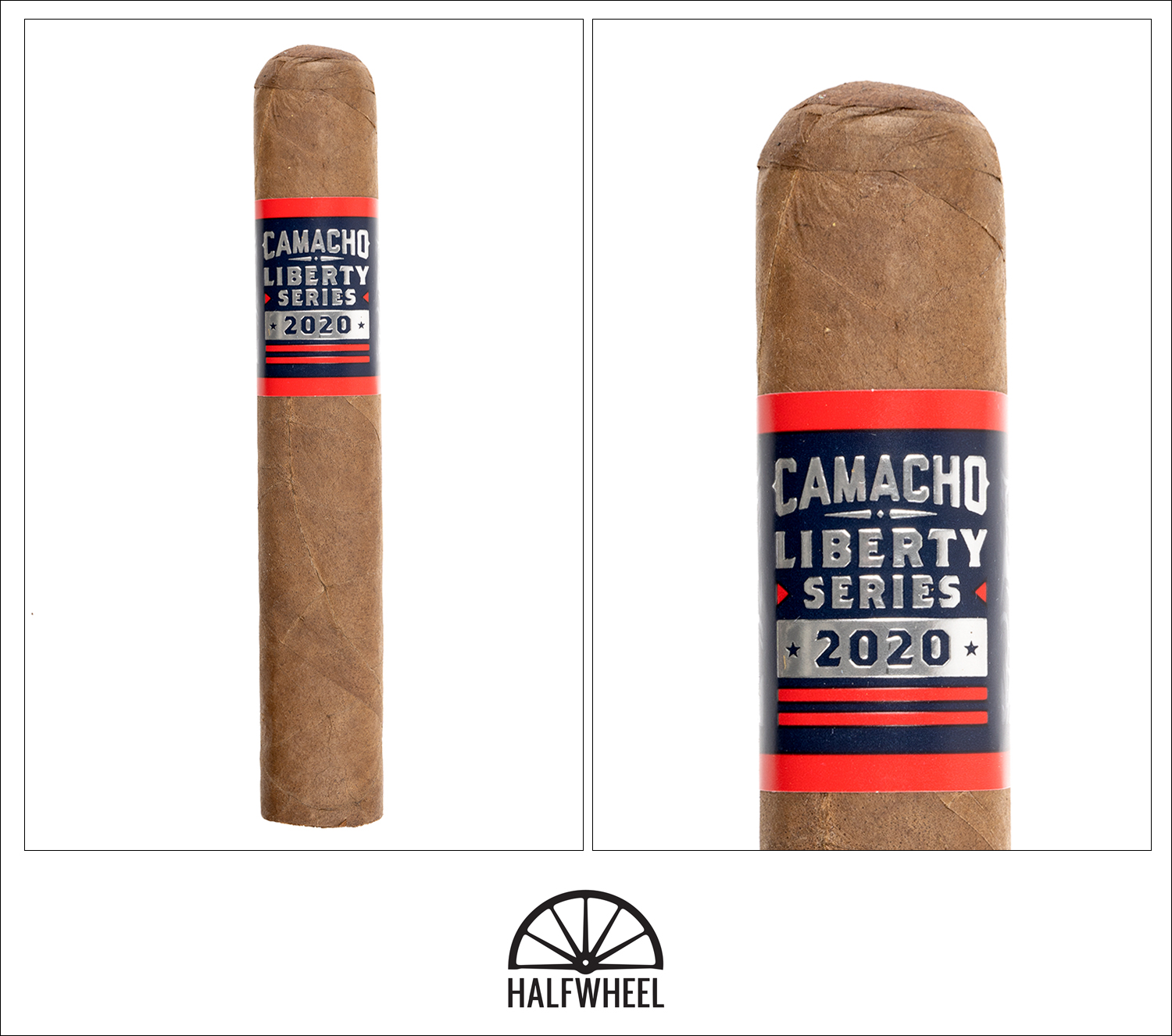 The Camacho Liberty 2020 is a big, thick cigar that certainly merits the all-too-ubiquitous candy bar comparison for its shape. The wrapper is an evenly colored shade of medium-dark brown, getting just a bit lighter near the veins, which are small but prominent as they rise up from the leaf. It’s rolled quite well, with what feels like a fairly typical box press: firm but with some pillowy give to it. The cap on the first cigar is a mess, draping off the back of the cigar in a tobacco mullet, while the front is off center enough to suggest a receding hair line. Thankfully the other two are better, though the tobacco around the head of another sample isn’t ideal. The foot of the cigar reminds me of opening a box of Cheerios in terms of the grain smell, though further sniffs reveal more toast and campfire, quickly unfolding the initial aroma into something much more complex. There’s also a bit of sweetness that falls between cedar and smoked honey, though it’s not as thick as the latter would suggest. Once that smell passes, there is a bit of sweet pizza dough to be found, a much more nuanced smell, if not the most complex. The cold draw is interestingly sweet, reminding me of green grapes at first before taking on a white wine flavor; maybe a Gewürztraminer or pinot gris. Airflow is good, and as I explore that, the flavor shifts towards generic tobacco, old wood, and a bit of pepper.

The first puffs of the Camacho Liberty 2020 are almost exactly what I would expect from the cold draw and aroma; dry, woody, a bit toasty, a bit grainy, and with just a bit of pepper. One sample has just a bit of creaminess, and it is a welcomed addition to the other flavors. What’s interesting is that all of those other components seem to impart their own type of tingle, so while I don’t get a huge pepper blast, I still get plenty of sensation on my tongue. Retrohales are a bit less developed but add just enough of an orange zest aroma to catch my attention and pique my curiosity. Through the first inch, the flavor does some subtle shuffling, and some of that orange sweetness comes down to the taste buds, though in that dance, it opens up some space for just a bit of damp sourness. By the one-inch mark, that has generally departed, and I’m getting a mix of creaminess, sugar and cereal, specifically the leftover milk after a bowl of Frosted Flakes. Additionally, the smoke seems to become damper or is at least beginning to make me salivate just a bit more than it did earlier. The flavor also begins to shift, and while I don’t want to call it metallic or sharp, but I’m getting the first suggestions that it might be heading that way. Black pepper and occasional flavors and aroma of woodiness come in quickly and with some bravado to try and correct that, and while it shifts the attention, it doesn’t completely stop the underlying shift. Flavor is medium intensity, body is medium-minus, and strength is mild so far. Construction is very good, and other than some occasionally delicate ash, there are no problems. 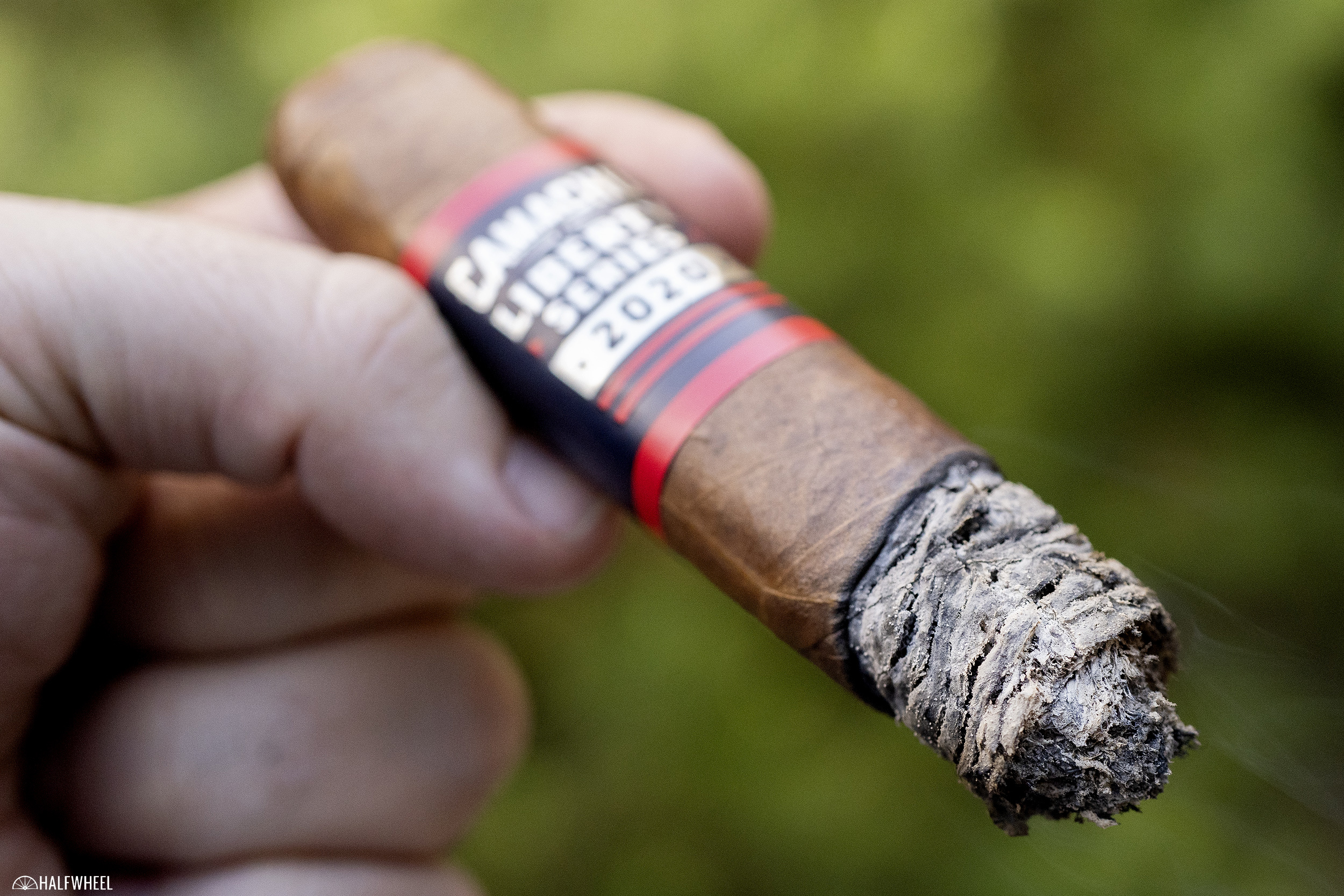 A drier smoke greets my tongue as the Camacho Liberty 2020 begins its second third, driven by dry lumber and general wood flavors and the departure of the creaminess and sweetness from just a bit earlier, though one sample does a better job holding onto the creaminess. The smoke and body of the cigar get softer for a few minutes before white pepper comes along to brighten things back up, and by the midway point there is some damp cedar, lumber, a bit of marshmallow, and the tingle of white pepper on the front half of the tongue. The body of the smoke is beginning to build, moving back to the medium mark and even a tick above, filling the nose with a bit more overall sensation, while a mix of black and white pepper increases the tingling sensation. As might be evident, one sample continues to perform better than the other two, offering much better complexity and balance, while avoiding some of the rougher spots of the others. Construction is very good across the samples, while flavor sits between medium and medium-plus, body grows from medium to medium-full, and strength is still pretty tame, sitting closer to medium for the most part. If the first two thirds of the Camacho Liberty 2020 have seemingly been about exploring what all the tobacco might have to offer, the final third seems to be about bringing them all together.  The woodiness finds its best spot, a bit of peanut and cashew comes in, pepper is present and serving as a good accent, and while sweetness is fairly minor, the citrus is just starting to come back. Retrohales are seeing an equal benefit, with a very well balanced combination of black pepper and underlying woodiness and creaminess. There are spots past the band where the flavor gets a bit sharper, not aggressively or irritatingly so, but there’s a slight metallic twinge emerging that piggybacks on an increasingly dry and thin wood note that really latches onto the taste buds. The finish picks up a bit of heat, and each puff has me thinking it’s probably time to call it a wrap, with the cigar put down with just a bit under an inch left. 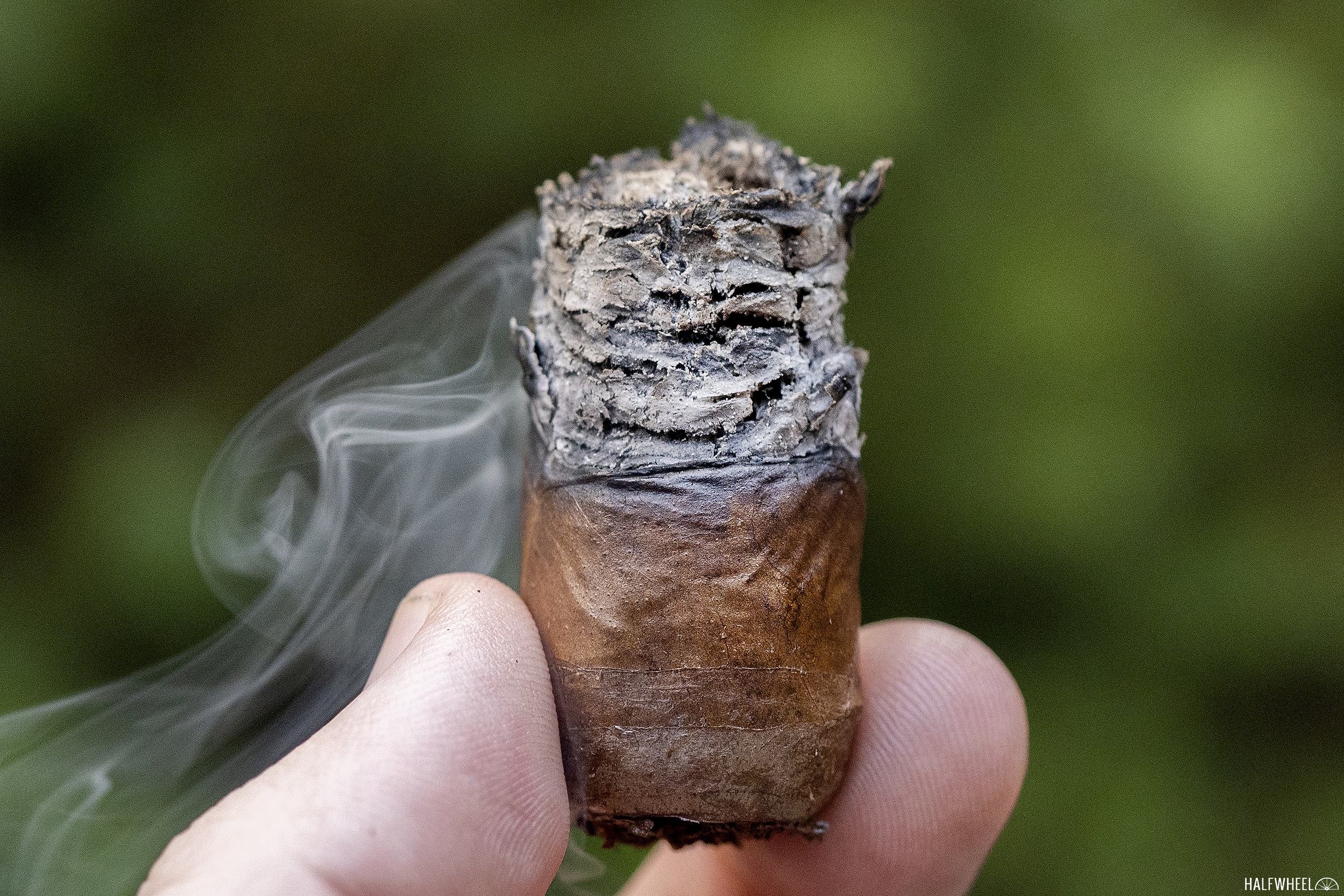 I'm hesitant to call the Camacho Liberty 2020 inconsistent, but there is just enough variance between the three samples that as I put the third one down and begin to write this, that is the first thought that comes to mind. That third sample is head and shoulders above the others in terms of complexity, balance, avoidance of rough spots, and overall enjoyment. That's not to say the others don't try to reach the mark set by the third, as the transition from second third to final third was a consistently enjoyable batch of puffs and almost without fail the high point of each cigar. Construction was consistently very good if not great across all three samples, as was the general progression of what the cigar had to offer, which leads me to put this in the category of being generally enjoyable with a few reservations. We don't factor price into the equation, but for $20—before taxes—I'd expect a bit more in the consistency department. If you're willing to go into this cigar with that risk, and the price isn't a deterrent, I think you could find yourself with a pretty enjoyable cigar.