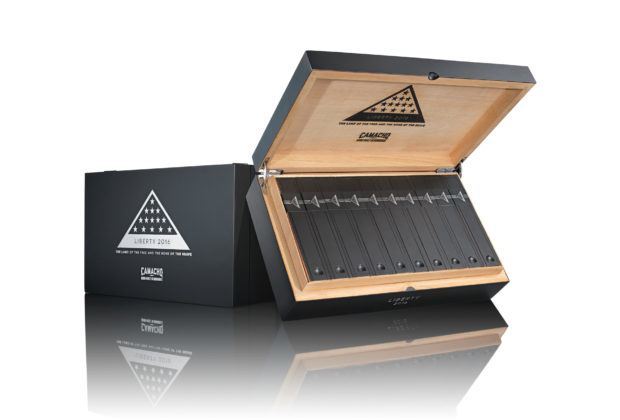 Camacho’s annual Liberty Series is back for its 14th year.

The 2016 version of the annual limited release takes a much more modern approach on the packaging side. It keeps the 20-count boxes with cigars packaged individually in coffins, but it goes for a much cleaner design. The main element is a triangularly folded American flag with 14 stars, noting this is the 14th year for the series, which pays tribute to the July 4th holiday.

While the cigar is known for its American theme, it will head to Europe for the first time in the Liberty Series’ history.

It will ship in the U.S. next Monday with 2,000 boxes slated for the American market. In November, the company will release 1,000 boxes to European markets.

Suggested retail pricing is $18 per cigar.

It is made at Oettinger Davidoff AG’s Agroindustria LAEPE S.A. and distributed in the U.S. by Davidoff of Geneva USA.