With the Camacho relaunch that happened in 2013 came a lot of changes, one of those was a yearly limited release, the first of which was the Camacho Blackout. This year the limited release is a little more intriguing, not only in packaging but the blend as well. Initially the company teased us with a picture of the box and barber pole cigars, which were two cigars—one with a red band and the other with a black one—that were then banded together with another larger red and black band. One would assume with the separate color bands that each box would include two separate blends, however that was not the case. That would have been a little less intriguing than what the cigars actually were, which turned out to be a blend consisting of tobacco from five different countries. 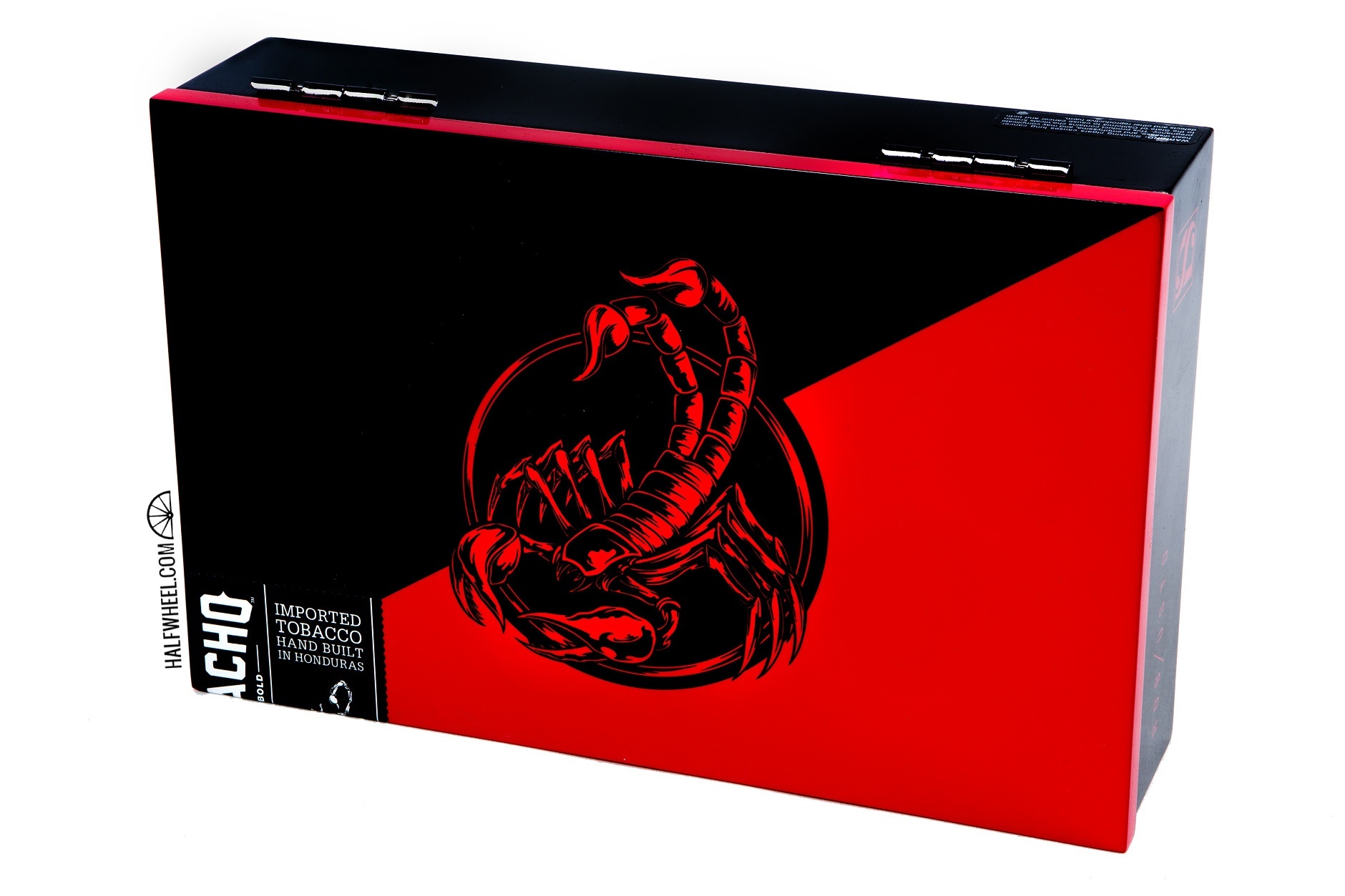 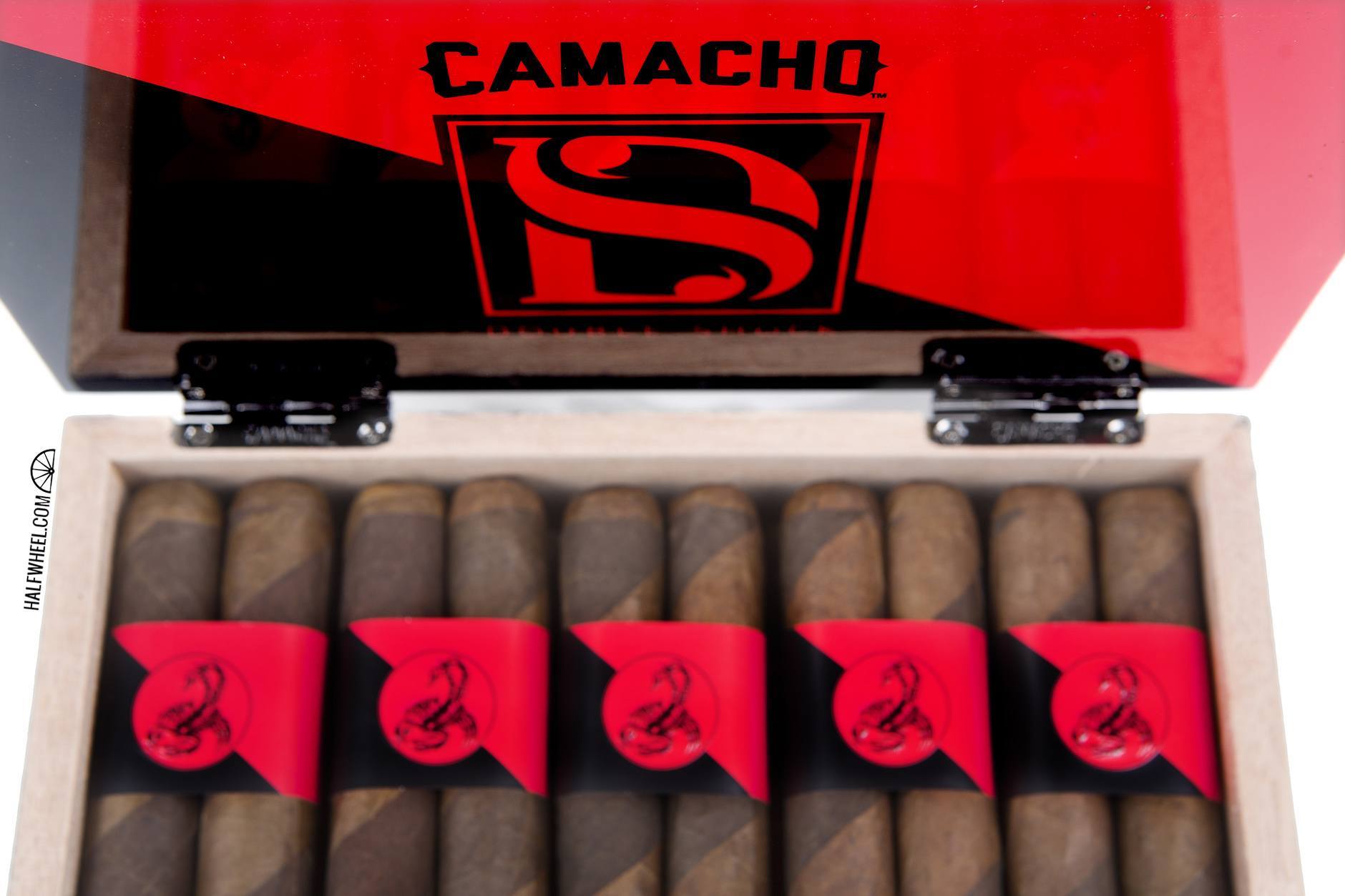 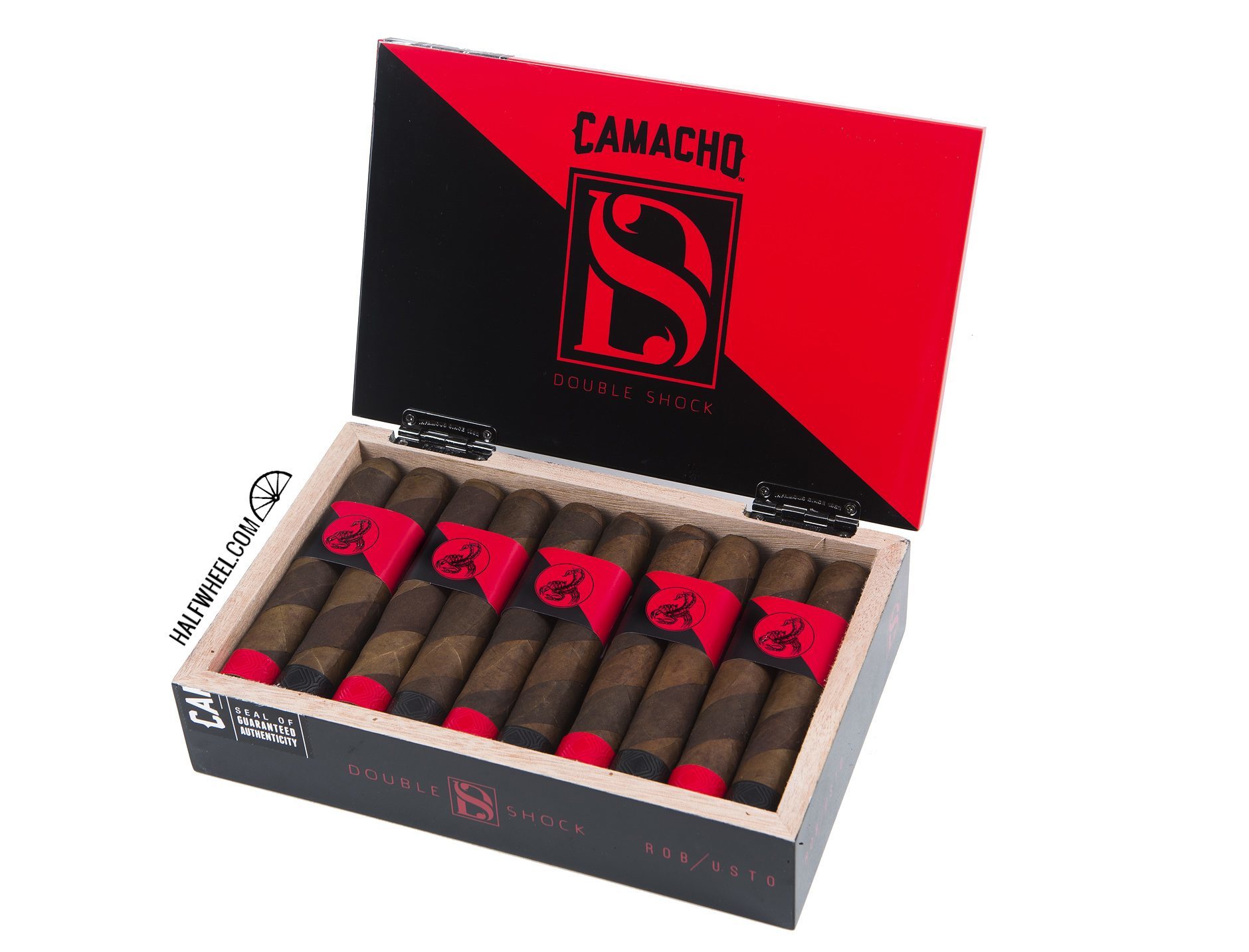 Each box contains 10 pairs of cigars, with the release being made up of five different sizes and each size limited to 1,000 boxes of each. The Double Shock’s barber pole wrapper is done well with a nice triple cap finishing it off. Though the wrapper’s leaves look a little rustic, there is only a slight roughness to them and a nice oily feel. Squeezing the cigar there is some significant give to the whole cigar with some specific soft spots throughout. The aroma off the wrapper is so light that it’s hard to discern much past a very airy barnyard note, while the cold draw is the opposite with deliciously sweet plum, raisin and light cocoa flavors.

The first third of the Double Shock starts out with some of the dark fruity notes from the cold draw, along with some toffee and cinnamon. The draw is good, but perhaps a slight bit on the tighter side of ideal with smoke production needing a couple of short draws in a row to get going. Right from the beginning the burn is even and the ash holds on nicely to around the one inch mark. A nutmeg note is added into the mix of fruits, toffee and cinnamon, while a very minor black pepper note resides in the background on the finish. 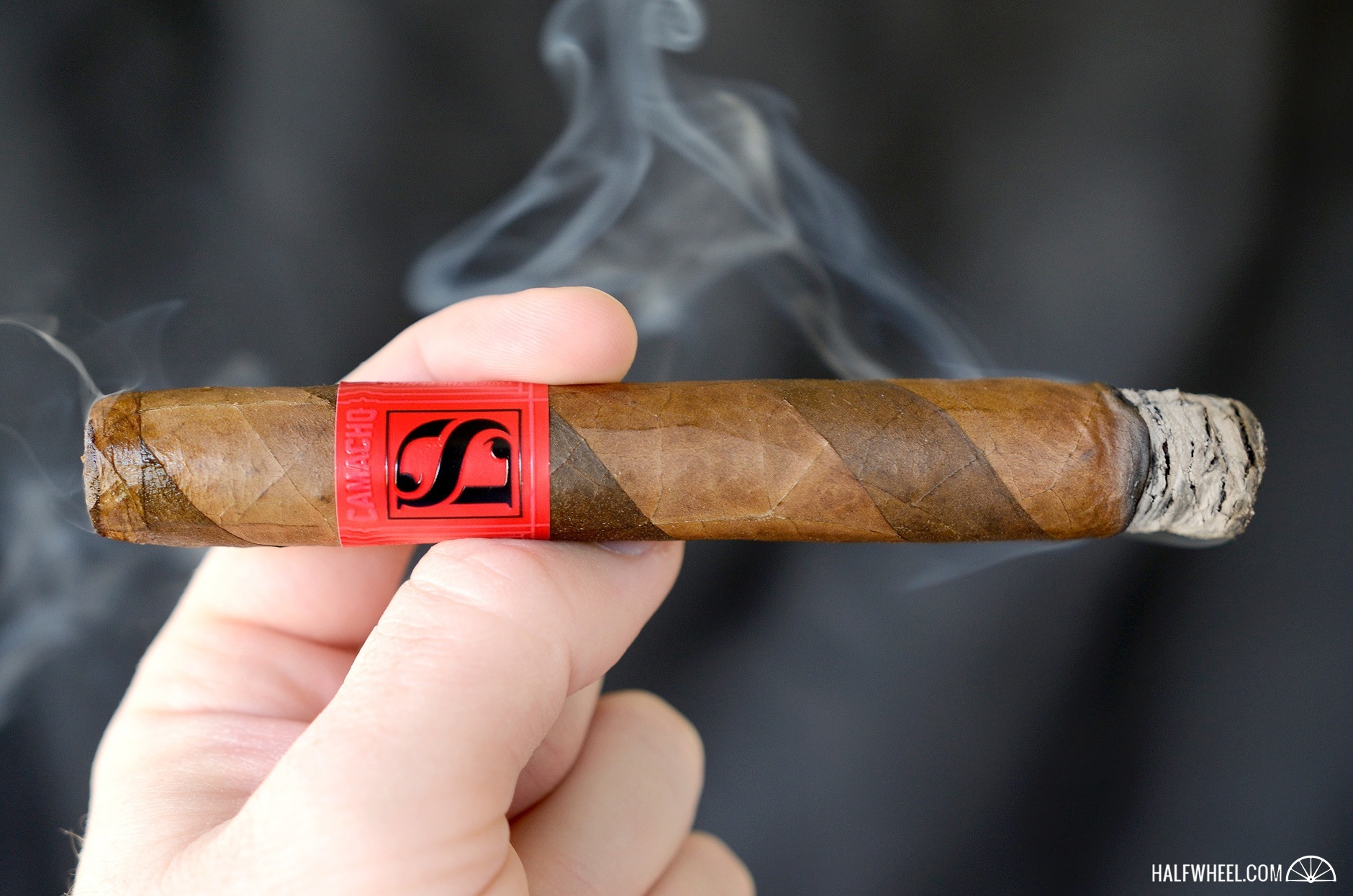 Just as I’m moving into the second third the burn starts going a little askew with the majority of it staying even but one jagged peninsula of wrapper lagging behind. The draw continues to be just a little tighter than I’d like, but smoke production seems to have increased slightly. There is some minor bitterness that has entered the profile, putting a damper on the sweet fruit and spices profile that I’ve had up until now. After a half an inch the burn has completely corrected itself and the bitterness has corrected itself too, allowing the profile to return to a more enjoyable level. 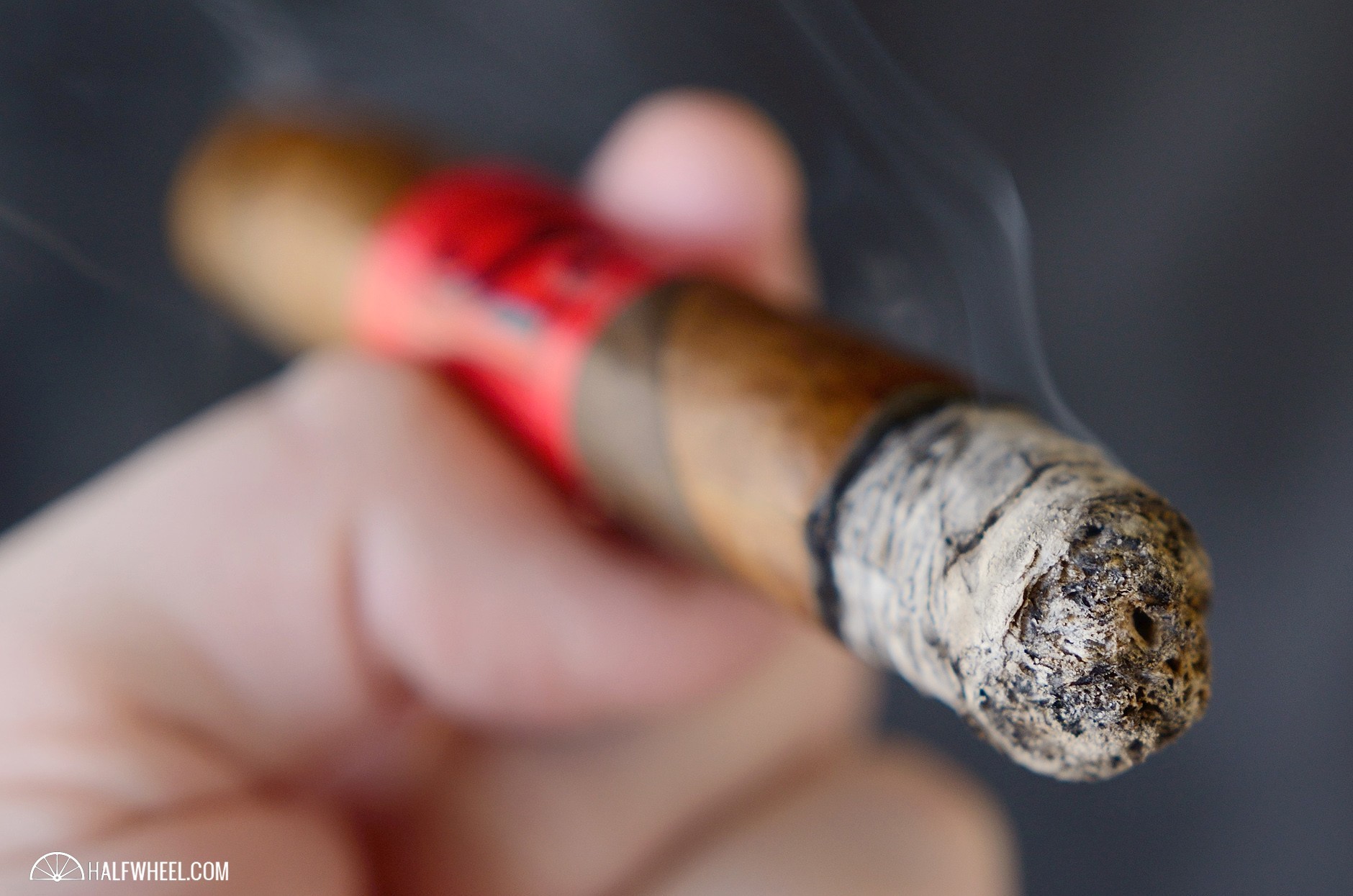 The final third continues on with a good profile, though the burn has started to go a little haywire again. After a half an inch without it correcting itself like it did before, I give in and touch it up. The harshness has returned, though not so much so that it ruins the profile. The fruit note has completely disappeared at this point, though the cinnamon and nutmeg are still trying to push through the harshness and succeed occasionally. Unfortunately in the last inch the burn line devolves into a mess along with the profile, so I go ahead and call it quits. 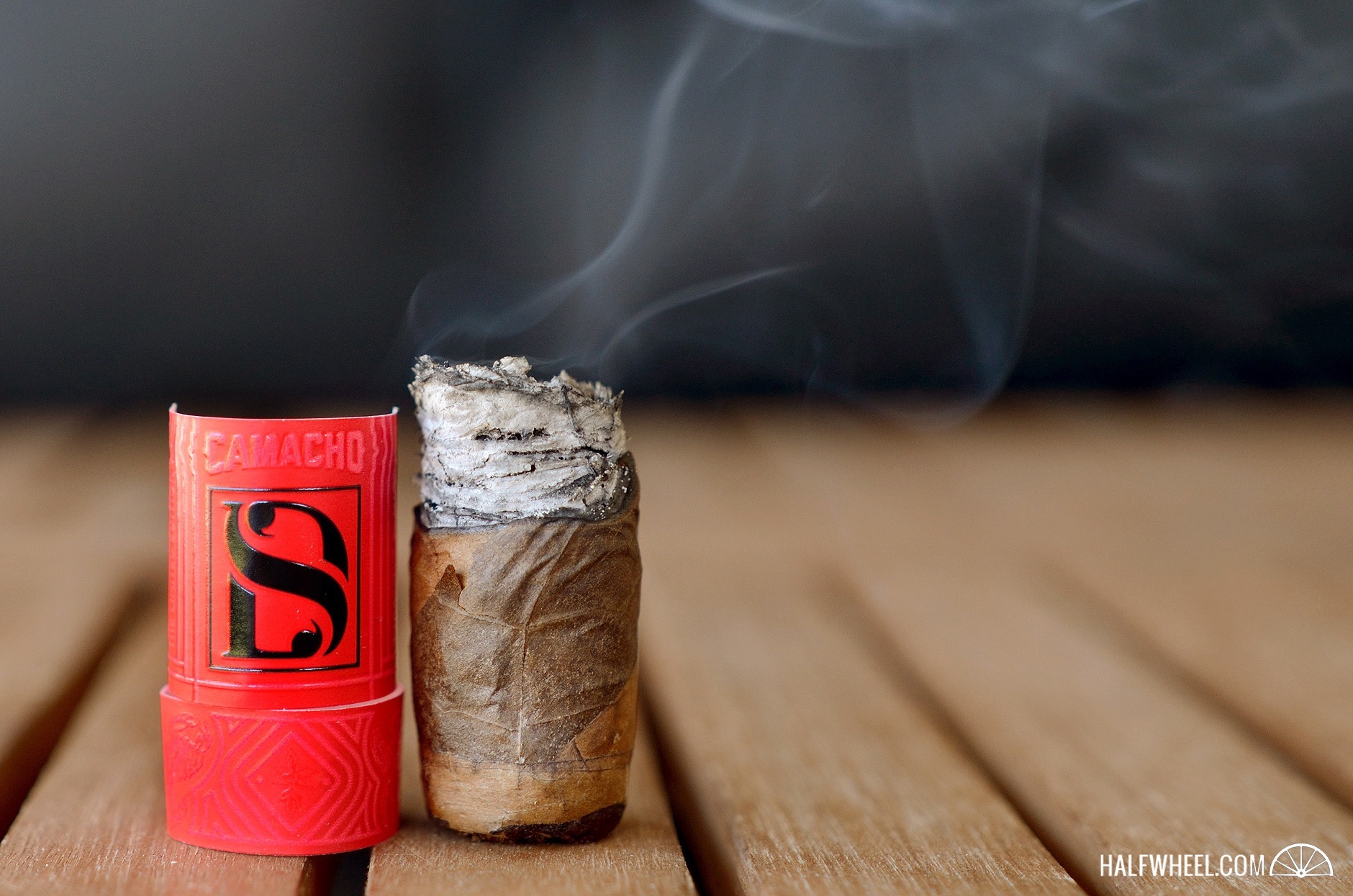 I didn’t get to try the Blackout last year, but according to Patrick Lagreid’s review it was worth your time to seek out a five pack. I think that the Double Shock follows up this year well enough to put it in that category as well. The construction at times was a little frustrating, but for the most part it was acceptable to good. I don’t think rest or any more acclimation to my humidor will change that, it appears to be an issue with the different wrappers that were the cause. Some harshness put a damper on the overall enjoyment, but it only reared it’s head occasionally and not consistently until the very end. Despite some harshness, the thing that I enjoyed most was definitely the profile. All of the different tobaccos mixed together well, producing great flavors for the majority of the cigar. So, go find these before they’re sold out, because they won’t be around forever.