Three years into the Camacho relaunch and three limited editions have been released each year, being shown off at the IPCPR Convention and Trade Show and then subsequently being released a couple months later around September or October.

While these are limited editions, there are a significant amount of each of these blends released, and as such with very little searching around, you can still find the Double Shock in stock.

Here’s what I originally had to say about the Double Shock Toro:

I didn’t get to try the Blackout last year, but according to Patrick Lagreid’s review it was worth your time to seek out a five pack. I think that the Double Shock follows up this year well enough to put it in that category as well. The construction at times was a little frustrating, but for the most part it was acceptable to good. I don’t think rest or any more acclimation to my humidor will change that, it appears to be an issue with the different wrappers that were the cause. Some harshness put a damper on the overall enjoyment, but it only reared it’s head occasionally and not consistently until the very end. Despite some harshness, the thing that I enjoyed most was definitely the profile. All of the different tobaccos mixed together well, producing great flavors for the majority of the cigar. So, go find these before they’re sold out, because they won’t be around forever.

The barber pole wrappers have a tactile dichotomy of soft and rough, while both maintain an oily feel to them. The cigar is firm, with some slight give but lacking any soft spots. Before I noted there was very little aroma coming off the wrapper, just a singular light barnyard note. This time there is a stronger barnyard aroma, with earthy tobacco, leather and cedar melding together. The cold draw hasn’t changed however, still featuring plums, raisins, cocoa and a peppery note.

Starting into the first third the same plum, raisin and pepper notes from the cold draw mirror themselves into the lit profile. At around the inch mark, a spicy jalapeno note pops up, assaulting the back of my tongue. Just as quickly as it appeared however, it fades away, allowing some cedar and spice to join the mix. The second third continues with sweet plums, raisins, cedar, spice and some pepper in the background. Thankfully lacking is the bitterness from before, allowing the profile to really shine. The final third sees the fruit notes of plum and raisin start to fade into the background, while the pepper, spice and cedar take the forefront. 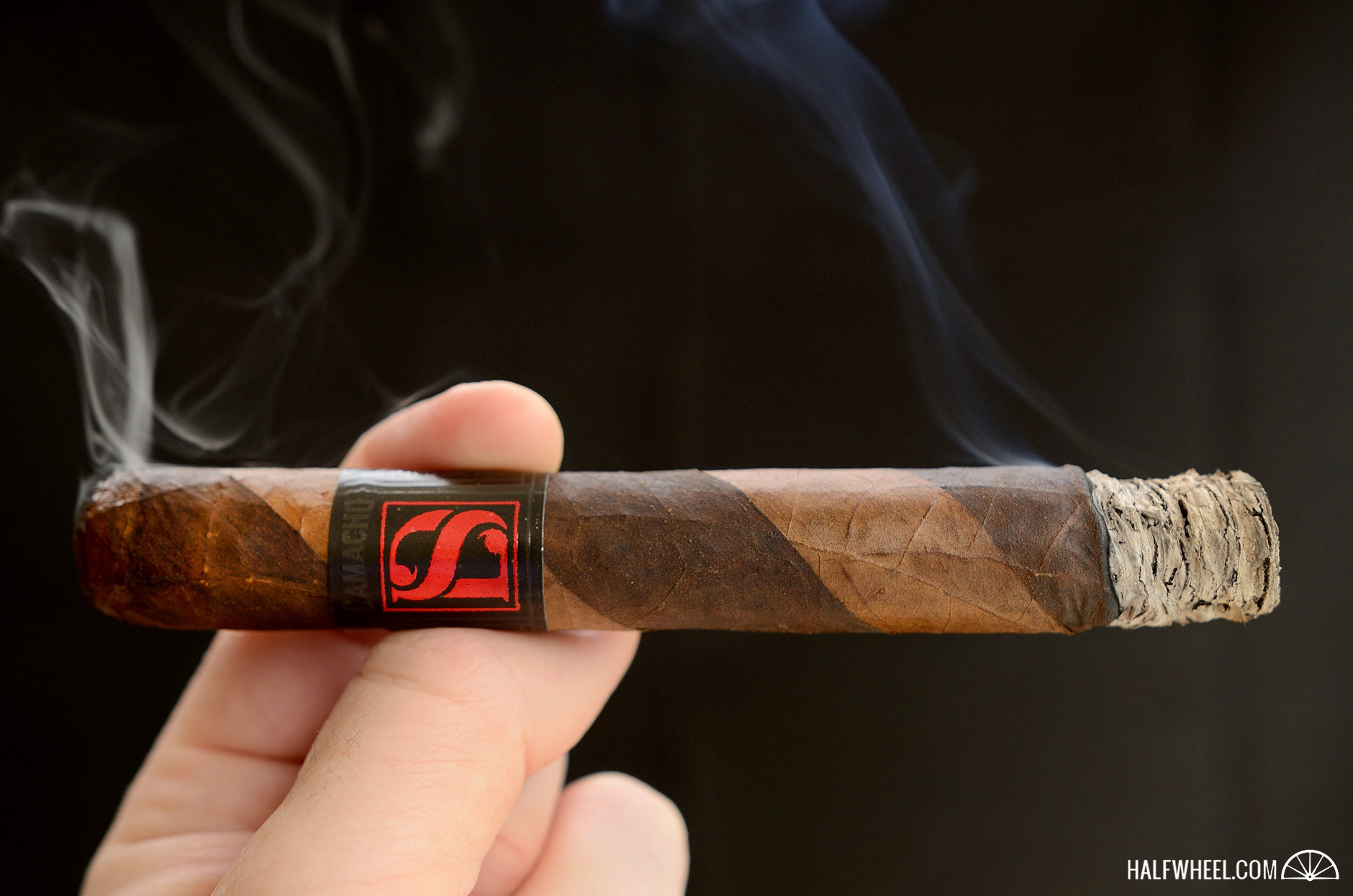 Starting out the burn is fairly even, and while not razor sharp it doesn’t see any part lagging behind. Ash retention is impressive, with dense ash holding on to around the inch mark and not even wanting to let go easily at that point. While the draw was a bit tight before, the draw is well within the ideal range now, though it still slightly tends towards the snug side of ideal. In the second third the burn needs a little touch up due to a section not keeping up. The final third stays mostly even, not perfect but enough to not require any touch ups.

I think time has done the Double Shock a lot of good. The harshness from before is gone and burn issues are mostly nonexistent. The profile that was once hiding behind the harshness can now shine, really letting the flavors pop and show that the mesh together really well. The great news for you is that these are still available, and probably at this point potentially discounted as well. So if you haven’t smoked these already, or you did and you weren’t overly impressed, it’s time to check these out again. Time has definitely been on their side.