At this point, I can’t keep up with all of the various alcohol-themed Camacho blends.

I feel like I’ve probably missed something, but it’s not the entire list because the Distillery Edition is technically three different blends. 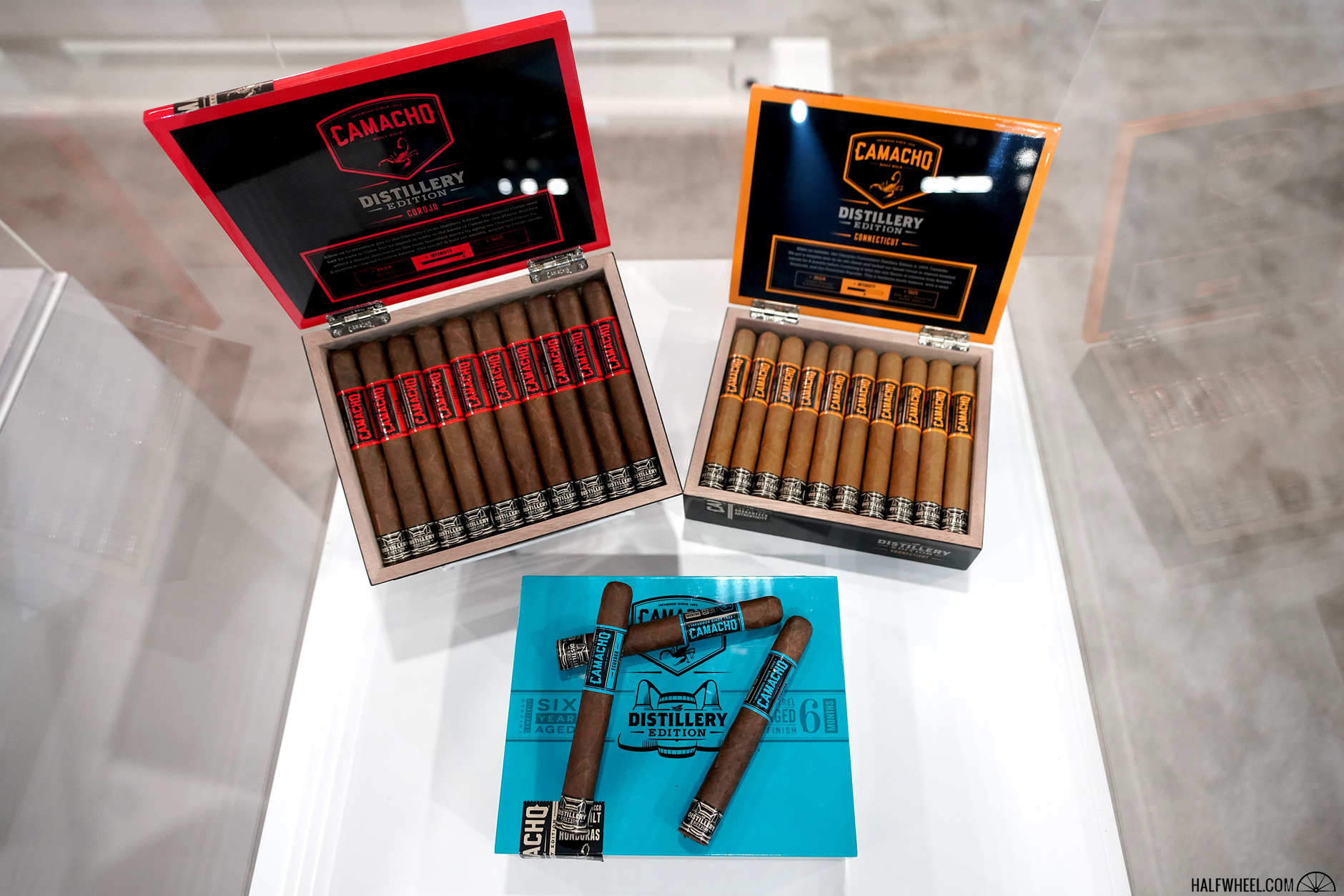 The company took three of its core blends—Connecticut, Corojo and Ecuador—and remade them via one tweak: it aged some of the Honduran corojo in spent bourbon barrels for at least six months.

For the Connecticut and Ecuador versions, that barrel-aged leaf found its way into the filler, while the Corojo uses it as one of its binders. 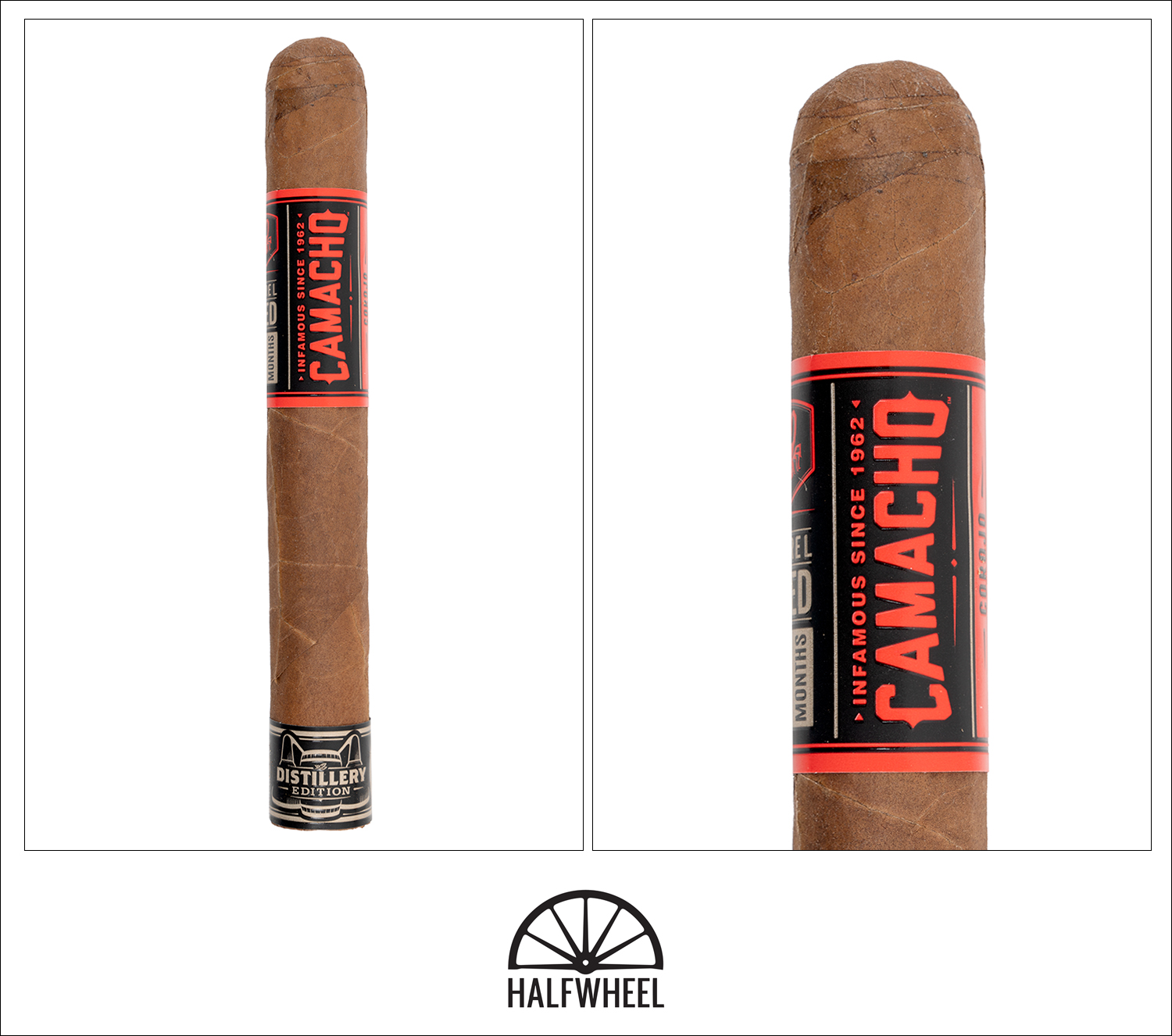 Given that my last cigar review was an abject disaster in terms of appearance, this rather pretty and well put together cigar is a welcome sight. The Camacho Distillery Edition Corojo has some plum scents coming off the wrapper, almost like a spoiled jelly flavor, along with barnyard and earthiness. The foot is a bit stronger, around medium-full, and much sweeter; there’s some more of that plum flavor along with a hearty woodiness and touches of pepper. Retrohales are different with a booze-laced artificial sweetness that reminds me of smoking the Asylum Dragon’s Milk way back when, along with some very sharp white pepper.

Things begin as a combination of various pre-light sensations a hearty woodiness, plum and some creaminess. Only one of those flavors sticks around however, the sweet creaminess. The woodiness disappears and then comes back as a more distinct oak flavor, joined by a flavor that reminds me of cornbread, but muted. I notice that there’s some sweetness that is hitting just the sides of my tongue and producing a lot of salivation. Retrohales have damp woodiness along with some Scotch flavors. The finish has more of the whisky notes along with an underlying sweetness and more woodiness. The end result reminds me of a high-proof bourbon barrel-aged stout, albeit without the obvious maltiness. Flavor is full, body is medium-plus and strength is medium-plus. Construction is flawless with nearly perfect one-inch chunks of ash forming easily and falling off the cigar whenever I want them to.

Up front, the Camacho adds a unique butterscotch flavor that seems to change from puff to puff in terms of intensity. A dry earthiness, along with cedar and white pepper, round out the mouth flavors. The real notable part of the profile is the retrohales. There’s some more of the butterscotch flavor, but there’s also a distinct oak flavor that is very close to producing a sensation similar to Drew Estate’s MUWAT Kentucky Fire Cured. It’s not as overwhelming and it’s limited to just the retrohale, but it has the distinct body that the fire-cured flavors provide, and yet, after 10 minutes it’s gone. The finish shows hints of the flavor, but it’s more of a regular oak along with whiskey, vanilla extract and grains. Flavor is full, body is medium-plus and strength is medium-full. Construction remains great. As much as I try, I can’t get the fire-cured oak flavor to ever return. Instead, the Camacho Distillery Edition Corojo ends a bit more pedestrian. The mouth flavor has damp earth, something that seems to get more overwhelming as I near the end of the cigar, along with white pepper and some leather. Retrohales now have a vibrant peanut flavor but nearly nothing else. The finish is a mixture of earthiness, paprika and creaminess, the last of which gets somewhat sour towards the end of the cigar. Flavor is full, body is medium-plus and strength is full. 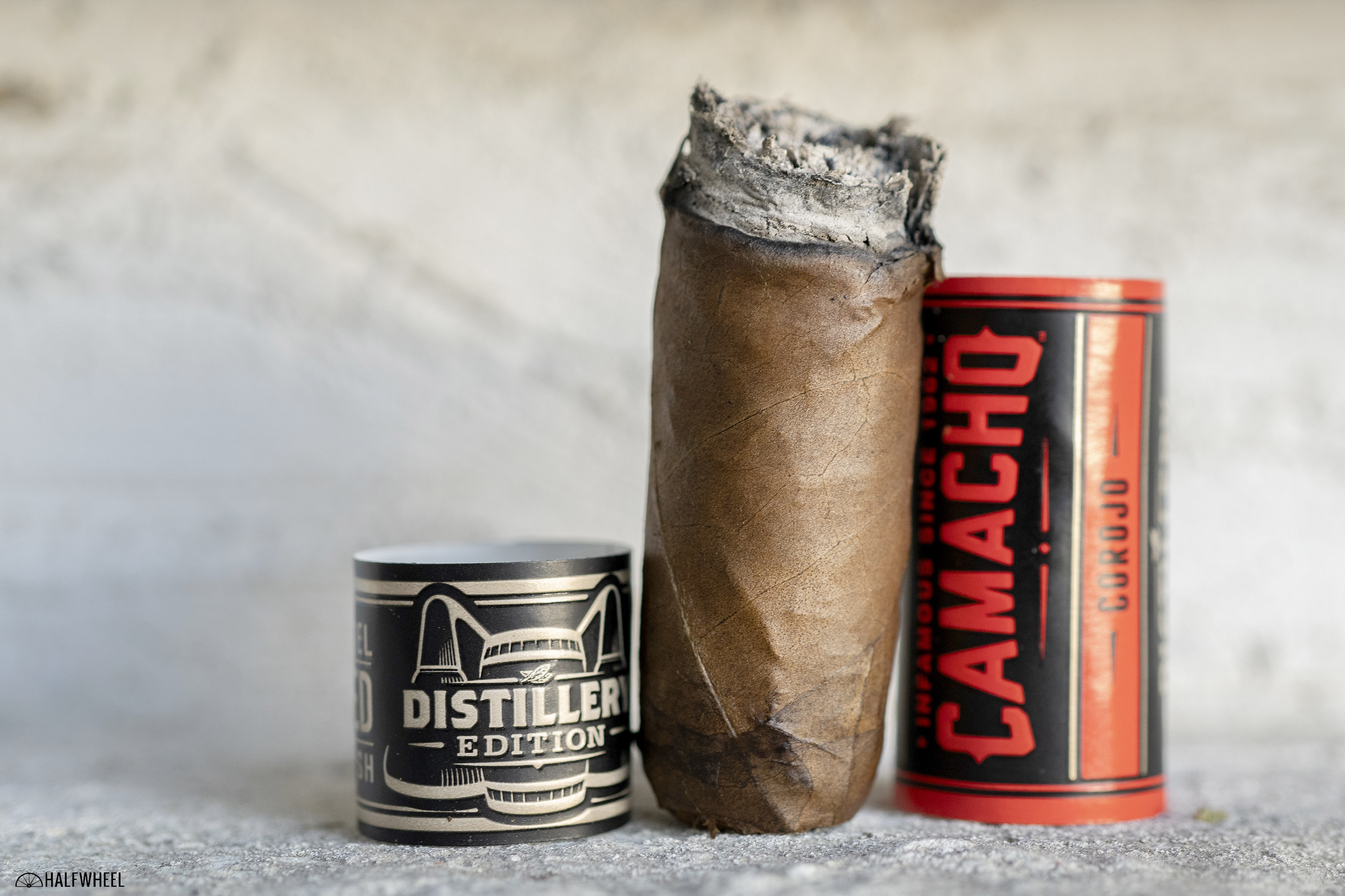 There is this brief moment right past the halfway mark of the Oliva Serie V Churchill Extra. For the last decade it’s been one of my favorite parts of any cigars and largely for one reason: a five minute period where the cigar is hitting on all cylinders, entering a place it hasn’t gone before and a place to which it won’t return. For about 10 minutes, the Camacho Distillery Edition Corojo delivers a fire-cured sensation through the retrohale that combines so well with some of the booze-infested sweet notes underneath them that it truly makes the cigar.. That fire-cured flavor is almost as rich and distinct as Drew Estate’s Kentucky Fire Cured line, but unlike the MUWAT KFC, after that 10 minutes, it's back to being a normal cigar. It gave just enough of the fire-cured flavors—both in time and in intensity—that I still wanted just a bit more even though I’d probably be disappointed with the outcome.